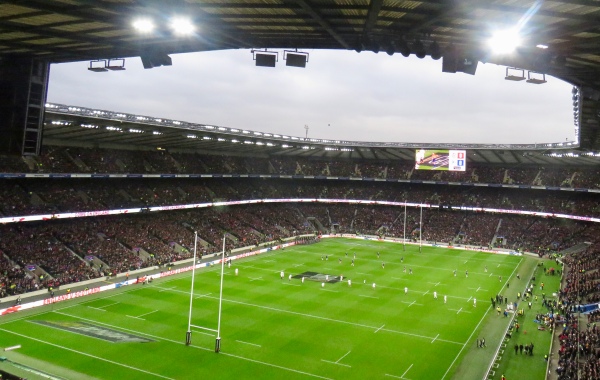 Guest Blogger Jez Denton with some thoughts on this years 6 Nations As the 2019 edition of the six nations comes to an end, I’m going to take the opportunity […]

A week ago I watched the most remarkable game of rugby, the final 6 Nations game between England and Scotland. I often go to 3 or 4 6 Nations matches […]

Saracens v Leicester Tigers – With a bit of an England rant too!

I have photos to share and a little to say about both the Saracens match and the England match, so here I go.  (Photos to follow – WordPress isn’t co-operating) […]

Having watched one of the best games of the tournament in Cardiff, Twickenham was calling.  My friend Monica and I had stayed in Bristol, prices in Cardiff are just crazy […]

A trip to Scotland for the final round of the Six Nations saw me finish as I’d started with My good friend Monica accompanying me.  I’d bought 2 tickets when […]

When I started to look at my plans for 2015 and in particular the 6 Nations I got online to see what was achievable as far as tickets were concerned. […]