After a chilly afternoon watching my 1st live rugby league game of 2015 next up was a somewhat bigger affair with rather more at stake.  The relabelled European Rugby Champions […]

After a chilly afternoon watching my 1st live rugby league game of 2015 next up was a somewhat bigger affair with rather more at stake.  The relabelled European Rugby Champions Cup, strangely sponsored by no other than Heineken would take me to 2 games in a day. 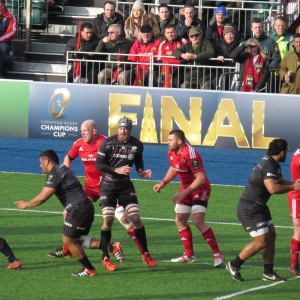 The 1st was Saracens v Munster Rugby kicking off at 1pm, a nice early start gave a good opportunity to meet my good friend Nigel for brunch!  I again went to my Satnav only to find it said my journey would be over 2.5 hours!  Always good to put Mill Hill in, rather than Gloucester!  Oops! 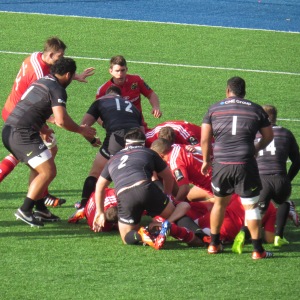 A quick stop off at the Royal Mail office before I got on my way to collect Ticketmaster post, always exciting!  A huge cardboard envelope revealed my ticket for Wales v Ireland in March, my 6 Nations ticket pile is building very nicely. 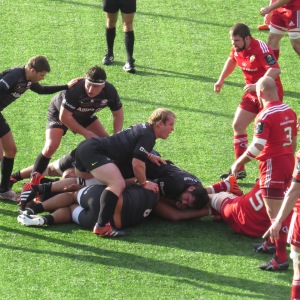 My M25 journey didn’t yield too many shouts of “MOVE OVER” just a few this time for the I’m in the 3rd lane and staying there drivers.  As I approached The A1 I looked at the sky and thought – that looks like snow – and so it duly arrived.  I’m a bit of a scaredy cat when it comes to driving in snow so I was mentally crossing everything in the hope it was a brief shower! 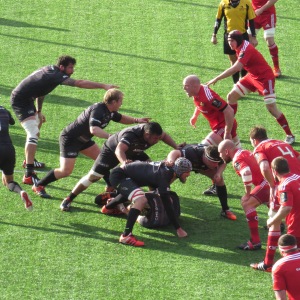 Music wise I’m afraid my phone was having a ‘what on earth is that rubbish’ morning – but a few gems from the dross that I seemed to have playing on the journey – my favourite of the drive? Train – Don’t Grow Up So Fast – it has one of the best lines I’ve heard in a song – ‘There’s only so much sand in the hour glass, so don’t grow up so fast’ – Words worth considering I think. 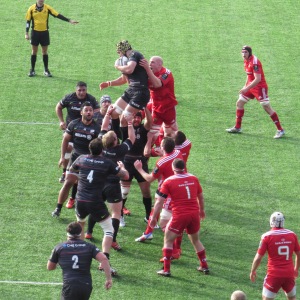 I parked in the cheap and safer car park station spaces, £2.50 rather than £5.00 and well lit and safe in the entranceway of the station, a definite plan.  There are a few decent eateries in Mill Hill Broadway and we found a place that served a decent breakfast/brunch for a reasonable price.  Smoked Salmon and scrambled eggs with toast for £5.50 not bad at all! 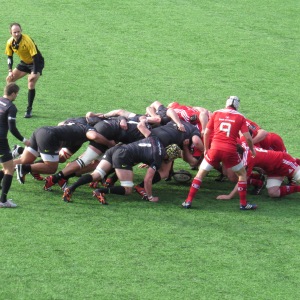 It was clear that ‘Operation let’s not have too many Munster Fans’ had failed when we went to queue for the bus to the stadium.  I went to the Quins game last season when it felt like the Munster fans outnumbered the home fans, they are a determined bunch! 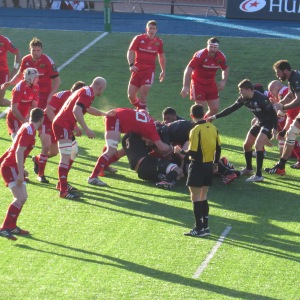 I hoped they’d have a great day, their previous visit to Saracens old home Vicarage Road hadn’t been a good one as Saracens tried to drown them out with loud music every time they sang, insulting at a rugby match as far as most are concerned. 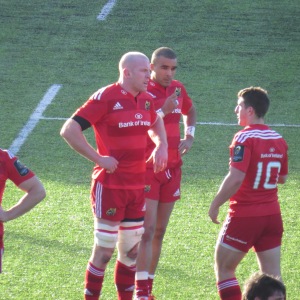 The atmosphere both on the bus and in the stadium was great, it was quite funny to me that Munster flags were being handed out to fans outside the ground, fair play to them! There were lots of happy faces in the ground, I firmly believe the wonderful Saracens Pioneers played a huge part in that fact. 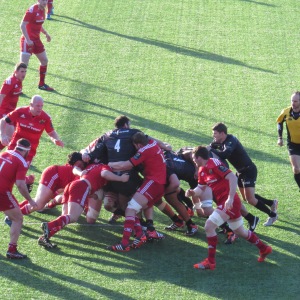 The temporary East stand was largely full of Munster fans, I had the very nice Seamus Connolly sitting next to me, we had a lovely chat and exchanged views all through the game.  We also both looked and shrugged at some of the silly one eyed shouts of ‘off, off’ at times from my fellow Saracens fans.

The snow did stay away and in fact the sun arrived in its place, which was a lovely surprise.  A little about the game – the match was a key one for both teams – win and have a chance of progressing, lose and that chance was probably gone. 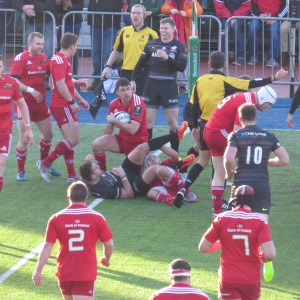 Saracens haven’t quite clicked this season, for this game that changed and they put in one of the best performances I’ve seen in 2014/15.  Billy Vunipola was immense, his tackling, carrying of the ball, was immaculate and he was a very deserved man of the match.  Munster, it must be said, weren’t so good, they made far too many unforced errors. Saracens were deserved winners and have their fate in their own hands. 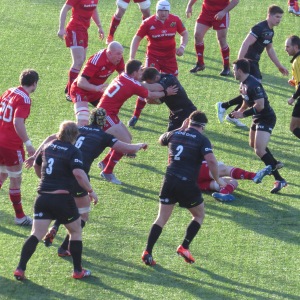 The atmosphere in the bar area was great, I had the chance to speak to a fair few Munster fans and it was clear they’d had a great afternoon.  The wrongs of Vicarage Road were wiped away from their memory banks.  it was great to hear the stories of one group of men who’d followed their men for years.  Truly wonderful, loyal fans. 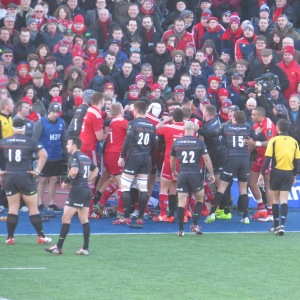 So a few facts and figures – food this week as I covered  drinks in Event 2.  There is a vast array of really decent fare on offer.

More food news from some of the other food outlets another time.

A journey to Harlequins after the game so that takes me into Event 9 territory. 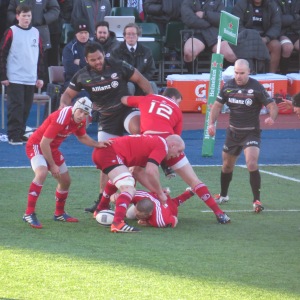 Match Report can be found on the link above