What a setting for a game of Rugby League!

The Capital Challenge means rugby league must be nearly here!  Wigan Warriors again came down in numbers, as well as their young team Shaun Wane, Kris Radlinksi, Ian Lenagan and Sean O’Loughlin made the journey down to London.  I was lucky enough to walk in with Sam A Sean, great to be able to chat to 2 of my favourite league players. 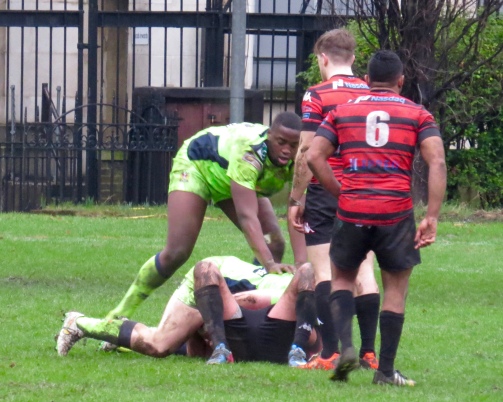 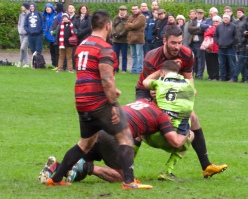 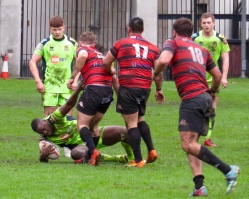 This is going to be more Phlog than Blog, It was impossible to take notes and photos on a rainy afternoon so I chose the latter.  A little about the lunch before the game though. 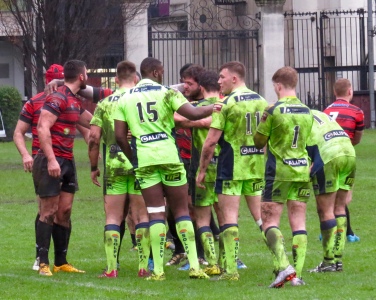 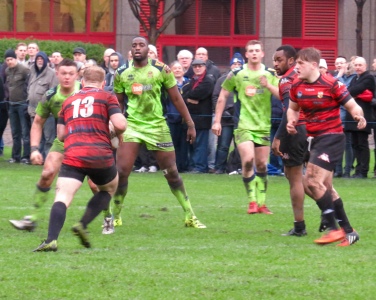 The event is one of the main fund raisers of the year for London Skolars, the money raised helps them to not only run their Kingstone Press Championship 1 team but also adds to their funding  to work in their local community and thriving youth set up. 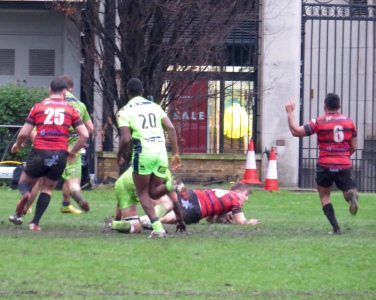 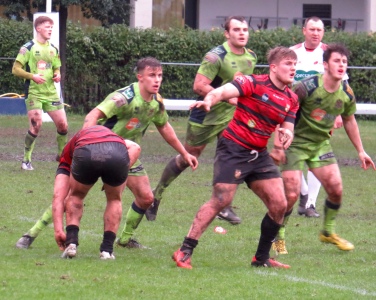 A curtain rasier to the event The PCU3ED Schools Challenge involved 6 Primary Schools from the Enfield and Haringey Boroughs.  The London Skolars Community Officers are doing a good job in spreading the rugby league way. 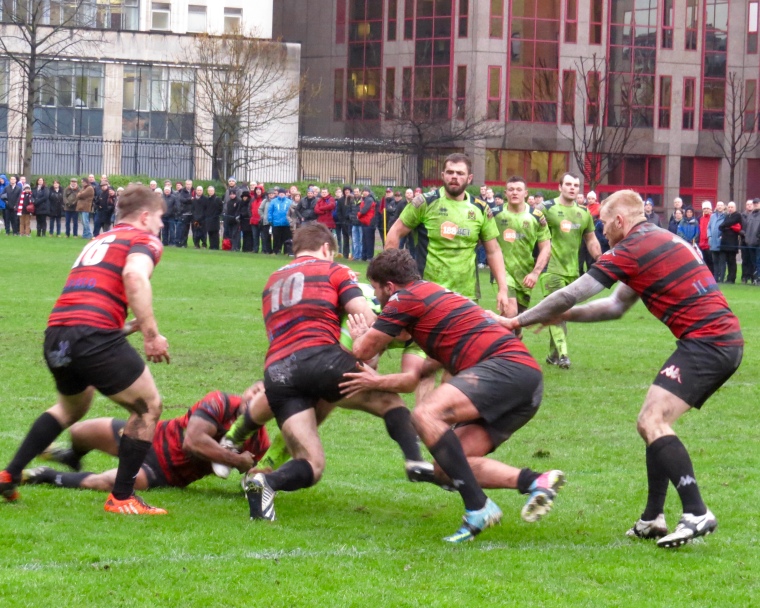 There were a few exhibitors at the lunch time event – it was great to meet Dan Steel MD of the London Rugby League Foundation – I hope to find out a lot more about the organisation this year. 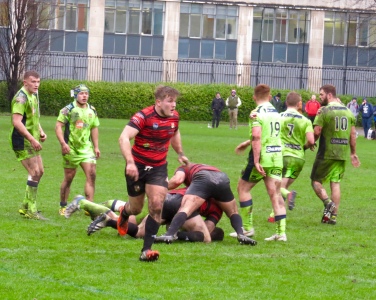 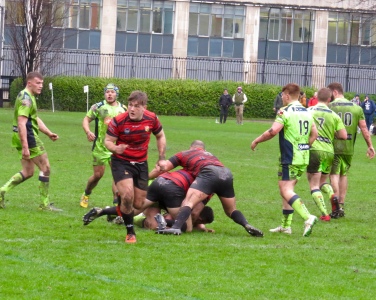 As is the way at such events there was a silent auction for a number of sporting memorabilia bits and bobs.  My eyes were drawn to a couple of cricket balls, with a red ball signed by one James Anderson and a white signed by Ben Stokes.  I seem to have come home with the red ball – I really must give my credit card a rest and stop doing that sort of thing!  All for a good cause though! 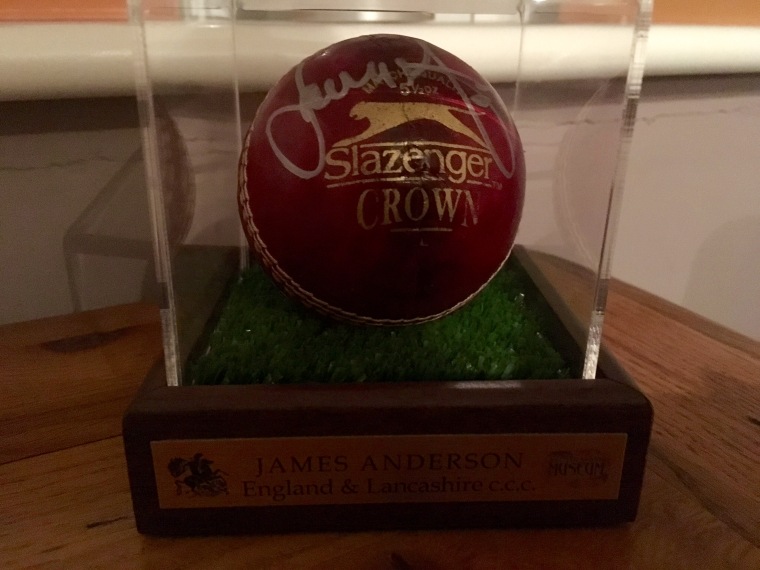 After a very tasty lunch Sam Tomkins took his place as the After Lunch Speaker – it was a little hard to hear him totally but here’s the gist of what he had to say.

One being back in Wigan – He’s happy to be back, despite the weather! On his injury – He had an operation in November, having played a further 15 games once injured, he’s hoping to be back in April.  More on coming home a year early – Sam went to New Zealand because he wanted a change, it was a tough decision to leave everything he’d known as well as his family.  Joel returning to Wigan was a factor, Kris Radlinski called Sam to discuss the possibility and the lure of home was too strong.   I for one am thrilled to see Sam back and hope he’s back to full fitness as soon as possible. 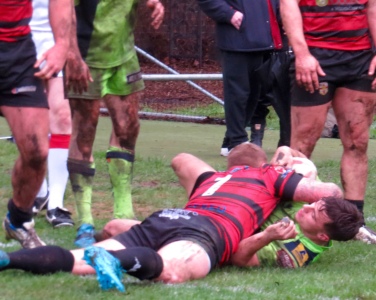 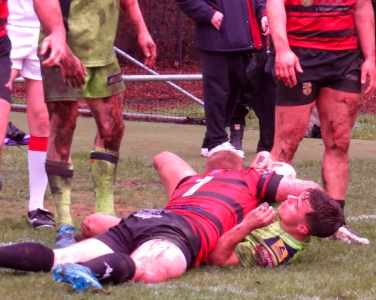 Ian Lenagan had spoken earlier in the proceedings, explaining the rationale behind Wigan’s involvement in the Capital Challenge and London in general. Wigan are one of the biggest rugby brands in the world – they want fans all over the world and see London as a very key place to find new interest and fans.  He also praised Hector McNeil’s 20 year involvement with London Skolars and is keen to support both Hector and the club. 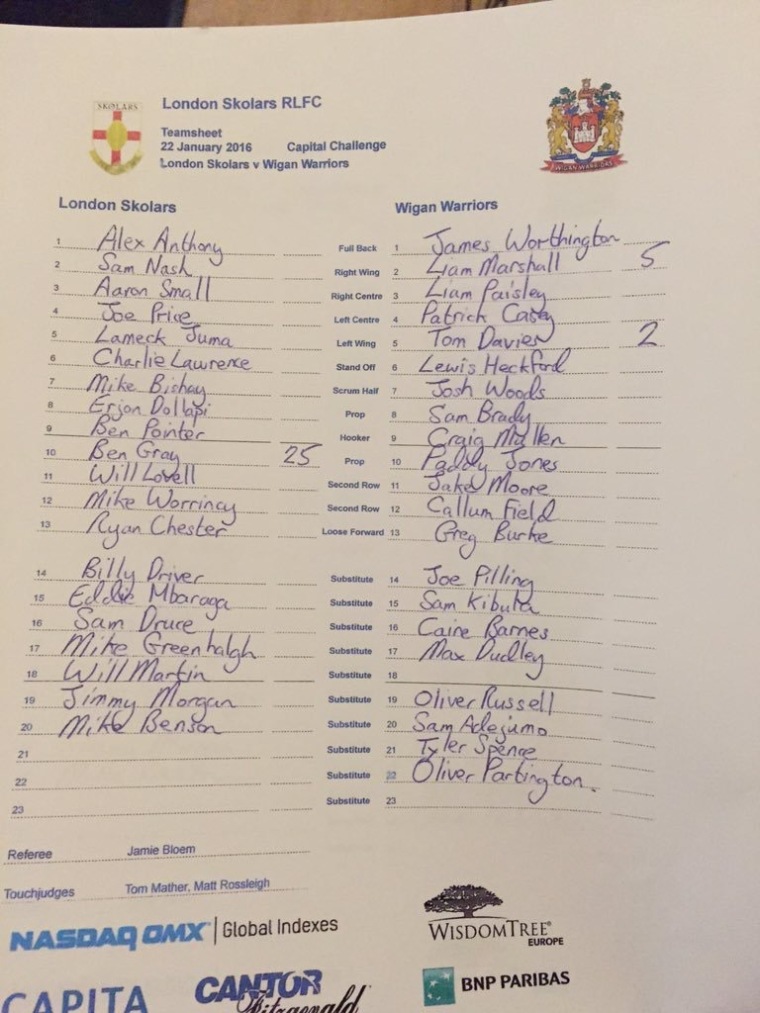 A little about the game – this was a pre-season warm up giving what was realistically the Skolars first string a run out against a young Wigan team.  I’d judge that those in green (Wigan) will for the majority, almost have been born with a rugby ball in their hands. 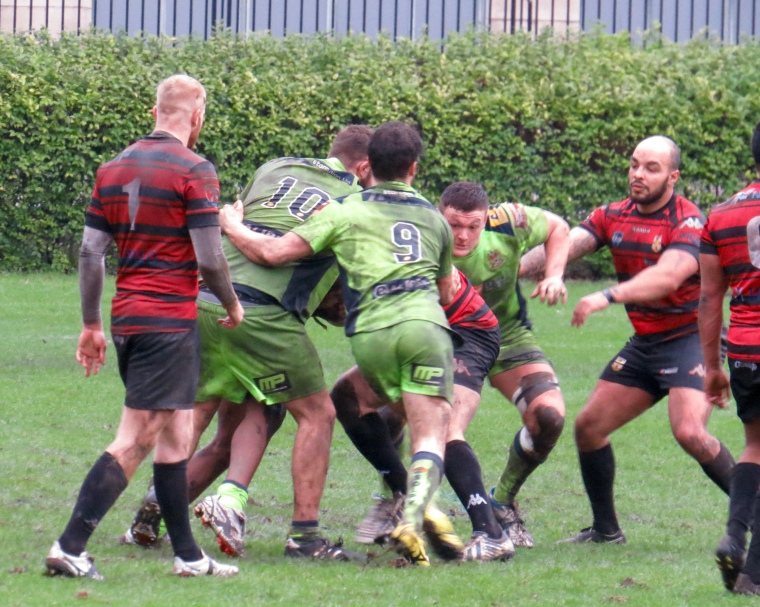 From what I’ve learnt about Wigan, although they do have a football team, the Warriors are at the heart of the community and the game is a key part of Wigan life.  On the other hand many of those playing in the Skolars team will have come to the game later; being semi-pro they also have to hold down day jobs to pay the bills. 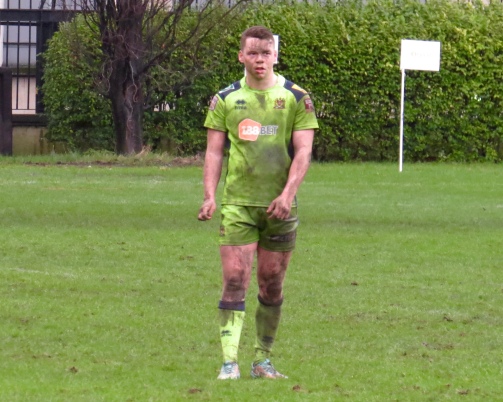 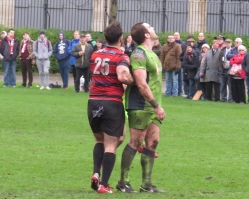 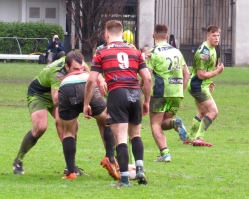 With those factors in mind the final scoreline of London Skolars 6 Wigan Warriors 10 was in reality a credit to the defence of both teams.  Liam Marshall scored twice for Wigan in the first half, with Joe Price scoring for Skolars on the stroke of half time. 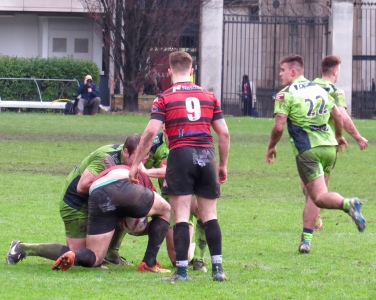 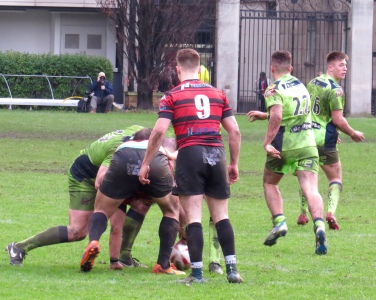 The second half will have been a trial for both teams in the mud, but neither team conceded.  A more in depth match report can be found here London Skolars 6 Wigan 10 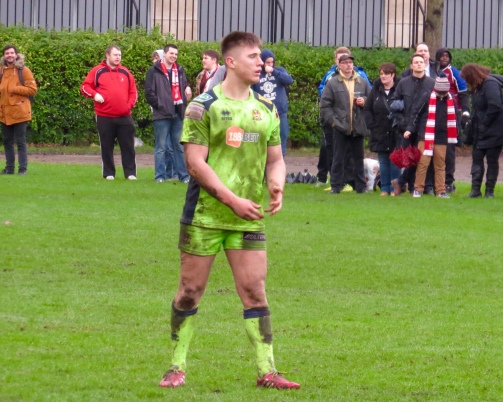 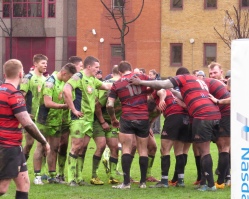 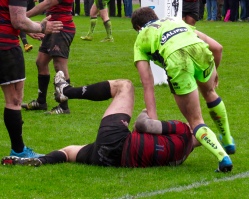 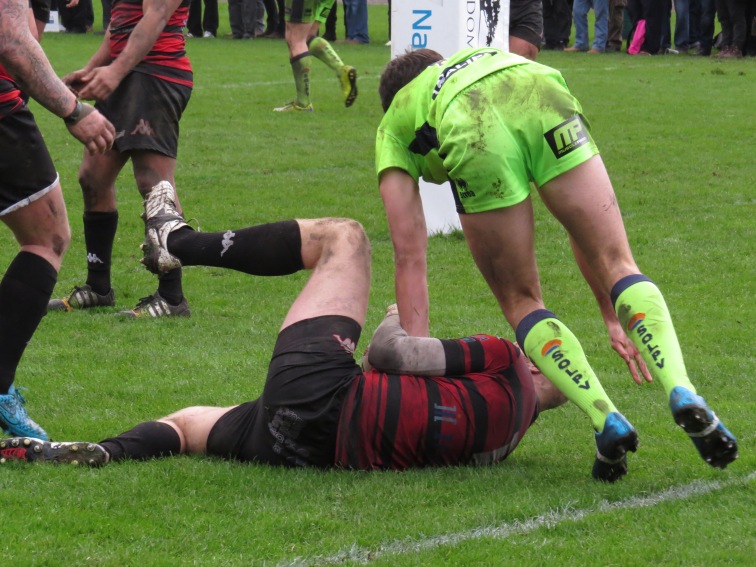 The afternoon was throughly enjoyable in spite of the weather – it was great to see Sean O’Loughlin and Sam Tomkins surrounded by laughing children at the end of the game getting autographs and photos galore!  More solid fans for this great game hopefully. 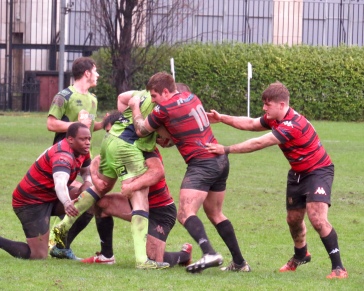 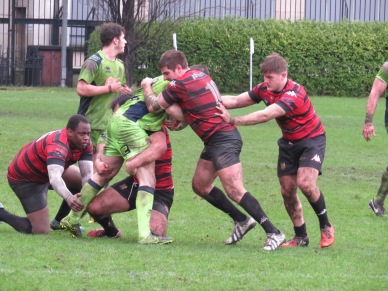 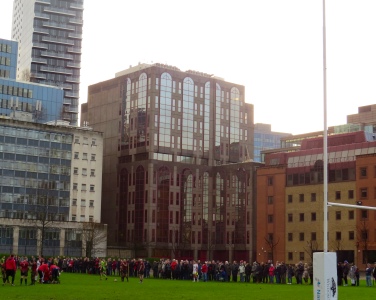 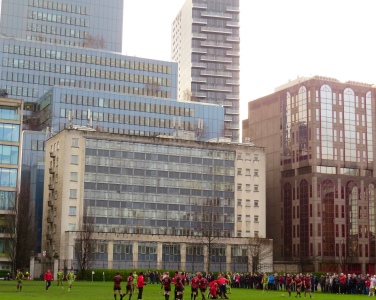