The new Premiership Rugby season is just round the corner

The 2015/16 Premiership Final was played on May 28th, a cracking day as a Saracens fan, a day which saw my team ‘do the double’ as they added the Premiership trophy to the Champions Cup Trophy – Domestic and European Champions – something of a good season! 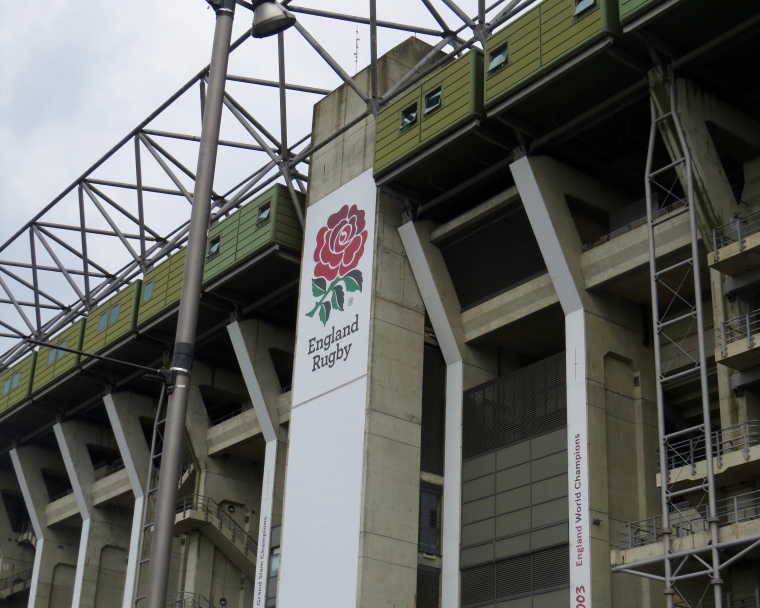 That day was less than 13 weeks ago and included tours for the national sides featuring a high number of Premiership players.  With a week to go until the season start that means an ‘off’ season of 14 weeks.  For many that has probably felt like a lifetime in spite of having the Olympics to enjoy in the last few weeks.  As a cricket fan I’ve been out there watching cricket galore and topping up my cricket tan over what’s been a pretty decent summer.

The fixtures for 2016/17 were launched in early July when the season start was still a fair way away, that was a snazzy affair at the top of the BT Tower, a venue far removed from rugby.  The season launch proper however took place at the home of England Rugby, Twickenham Stadium.  Sometimes an eery place to be on a non-game day, but crikey it makes the new season feel close.

I missed the opportunity to take photos of the captains with the trophy which was something of a schoolgirl error on my part.  But I managed to knab a front row seat for the presentation by Martin Bayfield, for an ex rugby player Martin makes a very good presenter, he has charisma by the bucket full and brings humour to the proceedings.

After a short introduction and a video showing highlights of the 15/16 season; that really got the heart pounding, memories flowing and smiles beaming we were introduced to Mark McCafferty, Chief Executive of Premiership Rugby, Mark McCall Saracens Director of Rugby and Andy Robinson Director of Rugby at newcomers Bristol Rugby.

Andy Robinson was the first to be quizzed and confirmed the excitement around the club as they enter a new era in the Premiership, with their first fixture against Harlequins as part of the Double Header at Twickenham.  He clearly has no illusions about how hard it’ll be in the top flight for his team.  In his words “Bristol have to be able to control what they can they have to be able to compete at the set piece”  In talking about one of his new signings he confirmed just how important the experience of one such as Jordan Crane will be, as a player who knows how to navigate his way around the rugby field and more specifically the Premiership. 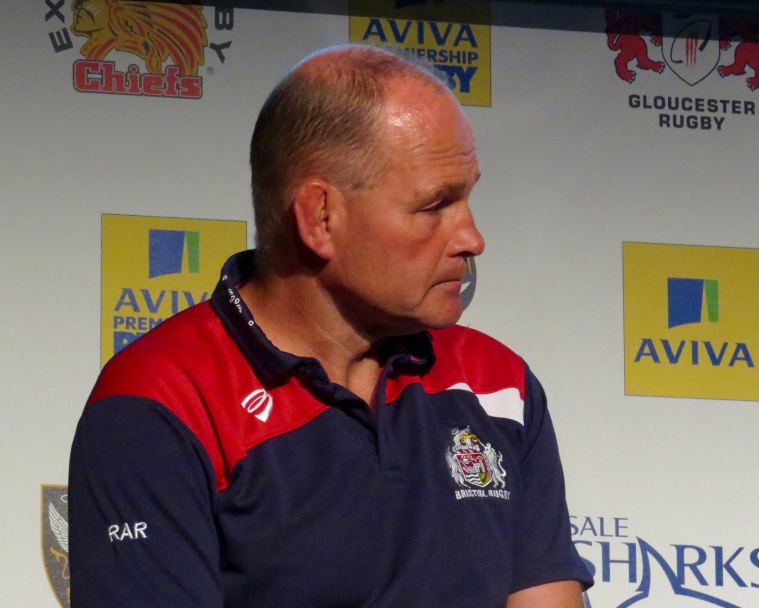 Robinson went on to say that Bristol have to embrace each and every game, he is again under no illusions that if his team underperform they’ll get a hiding, their defence will be key and the intention is to enjoy every fixture.

As far as visitors to Ashton Gate are concerned it’s hoped that away fans will make a weekend of it and make the most of their time in the city, a city where there’s a huge desire for rugby, the club’s expecting some good gates and a ground with a great atmosphere.  Saracens visit early in the season and I for one am looking forward to the trip.

Mark McCall is a quiet man who doesn’t always seem at ease with a microphone in hand, but as DOR of the Champions he was bound to be on the stage.  Martin Bayfield asked him about some of the Saracens signings and he explained the need to have an experienced head in the back row, in the form of Schalk Burger, who in effect had been brought in to replace two players, Jacques Burger and Ernst Joubert.  With so many young players due to be away on England duty it was felt to have that experience in their absence.  He also hinted that Saracens had looked at an experienced, older Fly Half along the lines of the recently retired Charlie Hodgson, but here it was decided to go with a younger man in the shape of Alex Lozowski from Wasps.

With the new  Heads of Agreement between Premiership Rugby and England Rugby McCall was calm and positive about the prospect of losing 7 or 8 players for up to 50% of the season.  As far as he’s concerned the double wasn’t the culmination of 7 year son hard work it’s just the beginning.  Exciting times in North London!

Mark McCafferty spoke about the product that is Premiership Rugby, 200 million homes around the world have access to the competition, adverts were run during the Olympics in the USA, he reiterated that there will always be an English league and as the competition improves year on year there will always be interest elsewhere.  He confirmed the renewal of Premiership Rugbys’ partnership with Land Rover for a further 4 years, the long term relationship dates back to 2004.  McCafferty said of the news

‘We are delighted that Land Rover, Premiership Rugbys’ longest running partner is renewing it’s partnership with us until 2020. The new deal comes at at time when Premiership Rugby is in great shape with a 2.4% rise in attendances last season, a record high’

‘Over the last 12 years, this valued partnership has contributed to the development of the game and seen graduates from the Land Rover Premiership Rugby Cup (a competition for U11 & U12 teams) go on to play in Premiership Rugby fixtures’

‘With Land Rover we share a passion for supporting the growth of the game at grassroots.  This renewed partnership will allow the community departments at our clubs to continue to perform their outstanding work, with the Landrover Premiership Rugby Cup helping rugby in the UK to continue to flourish”

It was good to see several of the Rugby United people at the launch as Premiership Rugby continues to embrace ‘people like me’ they’re a forward thinking organisation who recognise the value of ‘different’ media.

And so the new Premiership season is just around the corner, 2015/16 was an immense season with a few surprises, I have a feeling 2016/17 will be even better and hope that the attendances continue to grow!  8 more sleeps until the London Double Header!  My Saracens shirt will be out and ready, my voice will be tuned and ready to shout (something you can’t do at test cricket) – Bring it on! 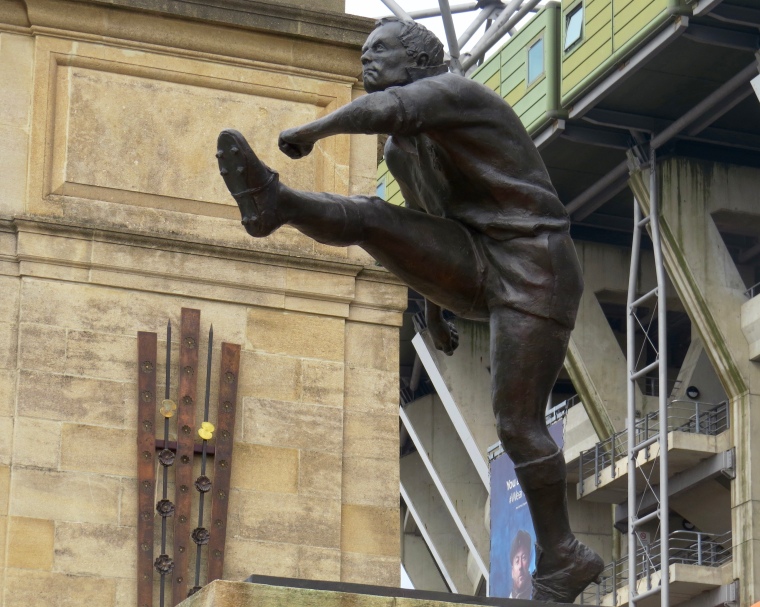