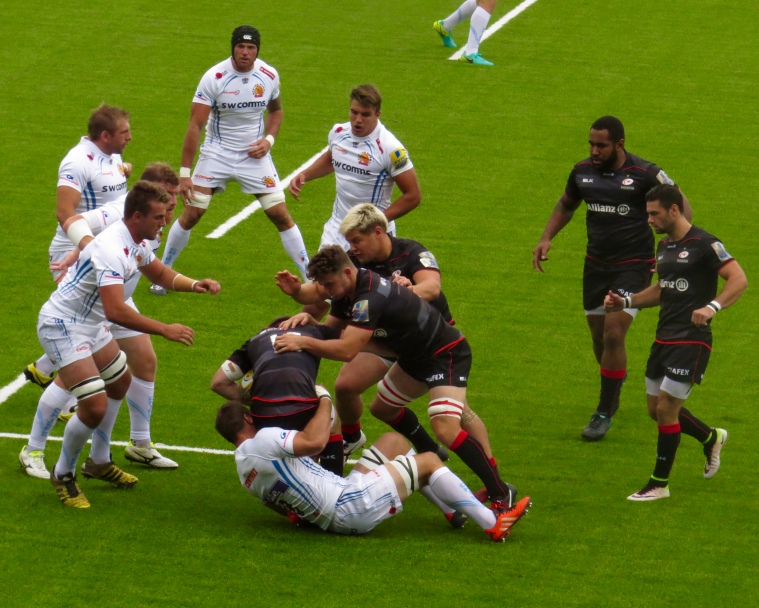 A League Rugby is back!  A chance to see some of the future stars of Premiership rugby mixed in with some old hands.  At times it’s a baptism of fire for the young guns, I can remember seeing a young centre virtually cut in half by Jacques Burger a couple of years ago when he was on his way back from injury.  I can only imagine what it must feel like to look up and see a player of his stature hunting you down, scary! 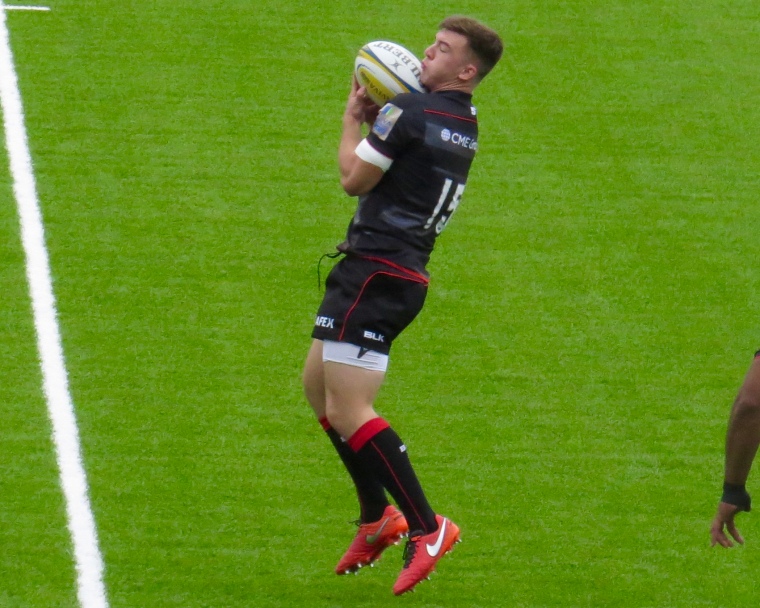 The Aviva A League is made up of 2 leagues, the Northern Conference containing 6 teams and the Southern Conference with 8.  Saracens Storm were facing last years’ winners, they beat Northampton Wanderers 55 to 25 in the final.

In common with their first team the 15 turning out for the Braves were a big bunch almost to a man, certainly much bigger than the Saracens team, it would take a big effort to beat them.  But, this was Saracens on home ‘soil’ an A team but a team with the same core of determination.  Amongst the experienced heads in the Storm team were Kelly Brown, ex Scotland Captain, Richard Barrington, with the dodgy hair and Neil De Kock on the bench. 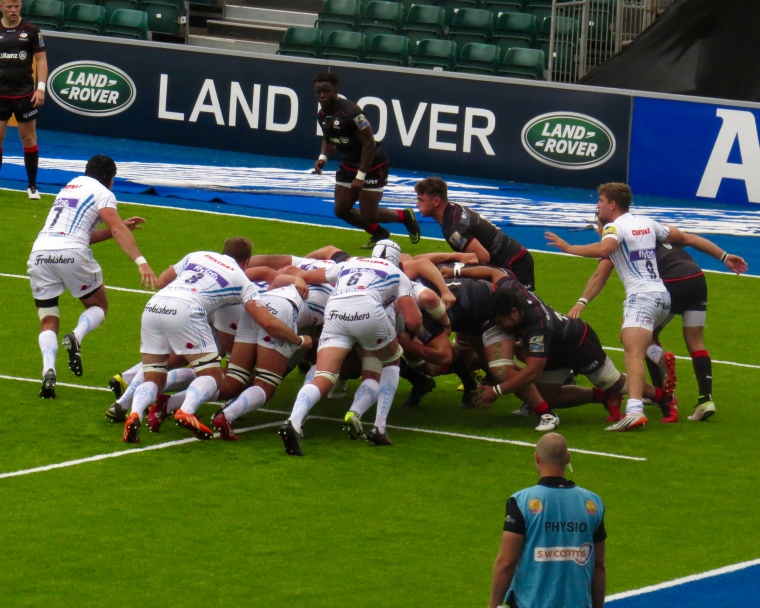 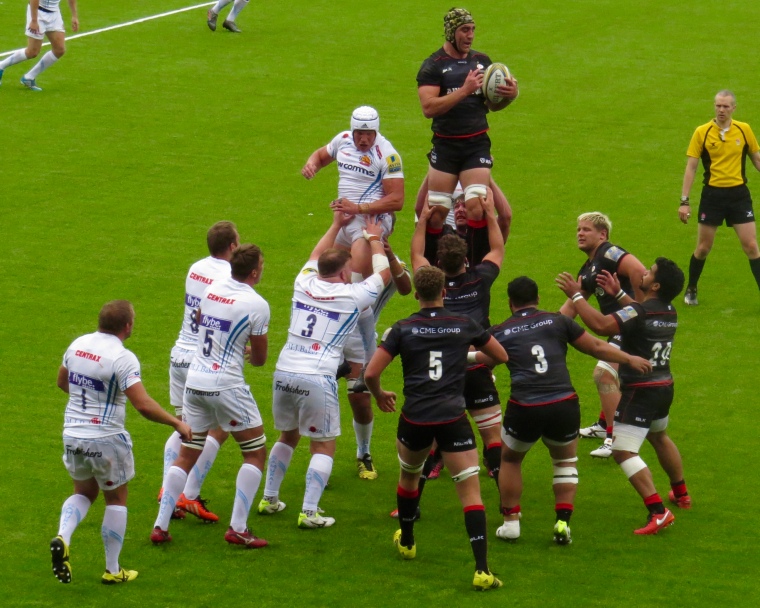 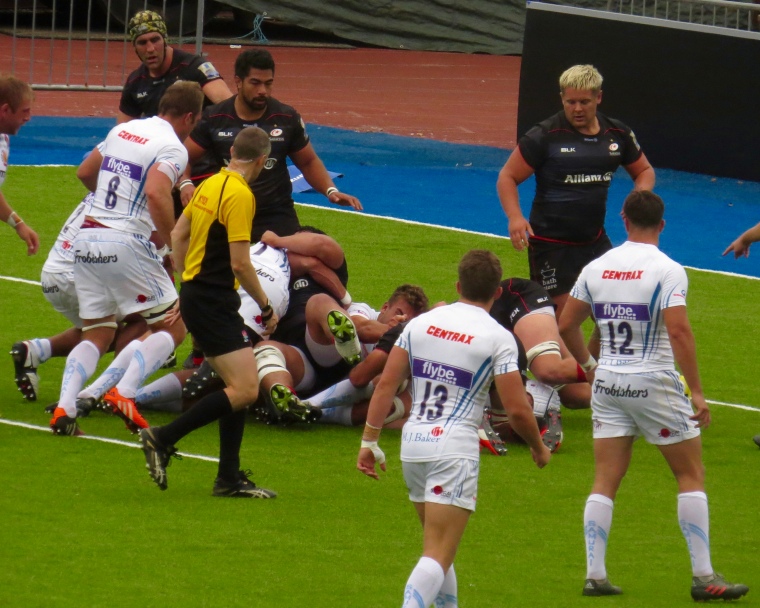 As far as the bright young things were concerned Tom Whiteley took the 10 shirt playing alongside Henry Taylor, more used to being in that 9 shirt Whiteley was stepping into the shoes of England U20’s Max Malins who’s recovering from a shoulder operation, he shone at 10 scoring a breakaway try and having a hand in a superb try scored by the impressive winger Rotimi Segun.  Matt Gallagher, son of All Black John Gallagher and England U20’s Fullback was in the 15 shirt and played a mature game. 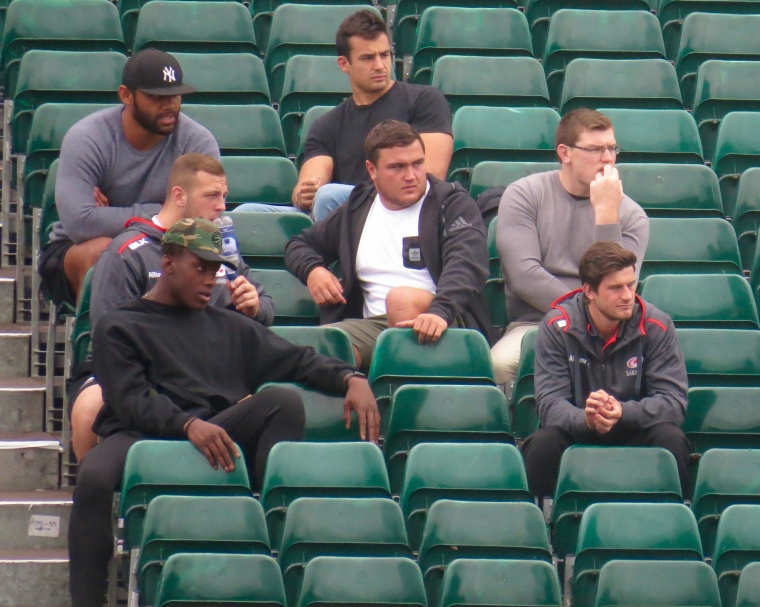 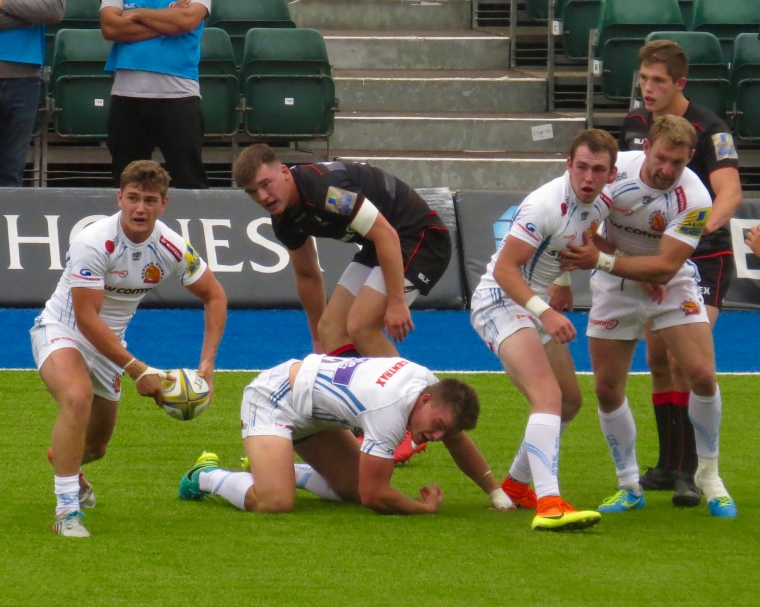 The Braves played a tough brand of rugby but were repelled time and again by the Saracens defence.  Storm scored a further 2 tries with Taylor and De Kock getting on the score sheet to give their team a bonus point win.  Exeter scored and Exeter trademark try with Shaun Malton scoring from the back of a strong maul.  That was too little too late and the end result was Saracens Storm 27 Exeter Braves 17. 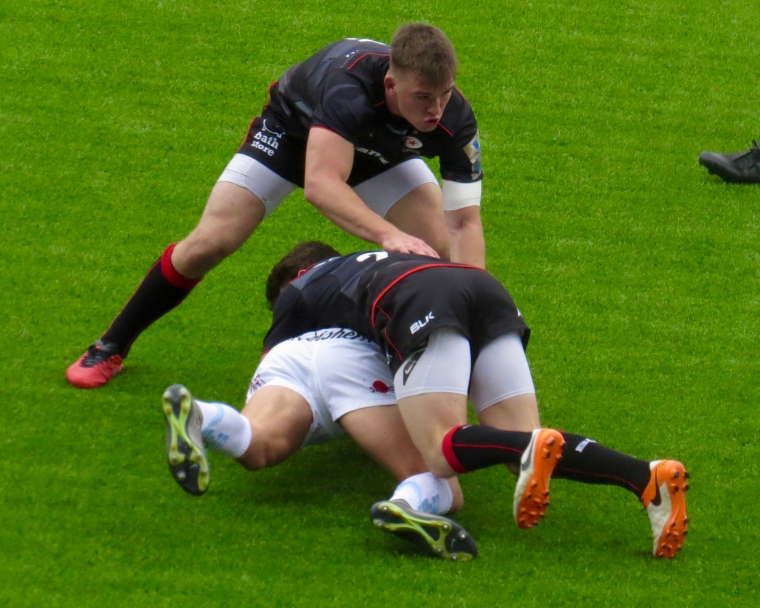 I can highly recommend watching A League rugby,  a good proportion of the Saracens first team turn out to watch the game which was great to see!  If you have a season ticket the games should form part of that, if not I think the going rate is around £5.00, well worth both the time and the money.  Here are the remaining Saracens Storm fixtures for fellow Sarries. 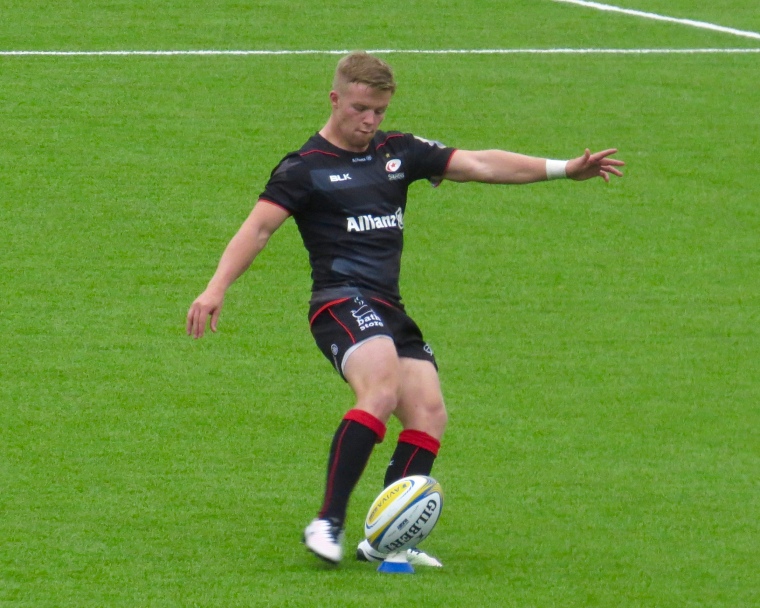 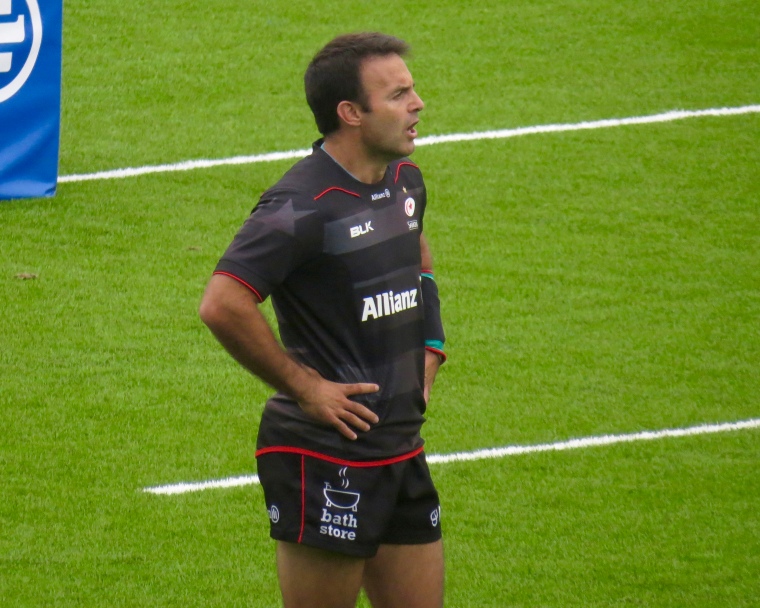 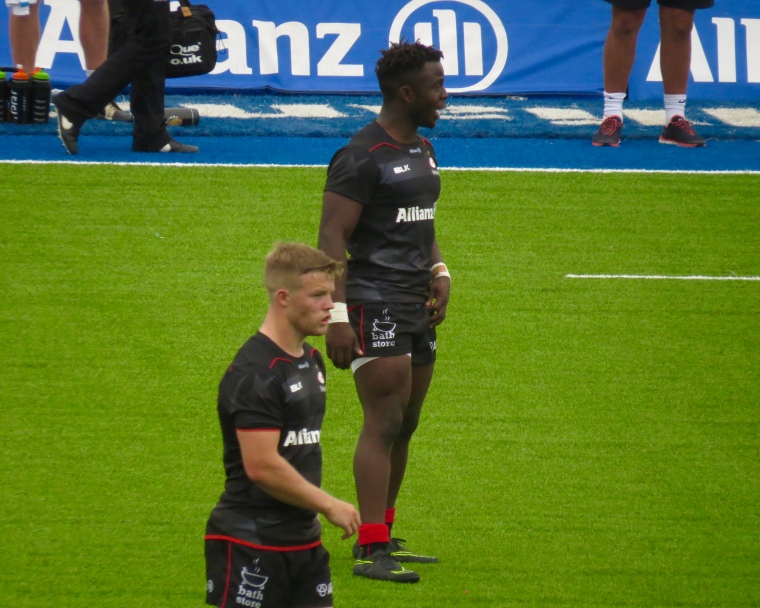 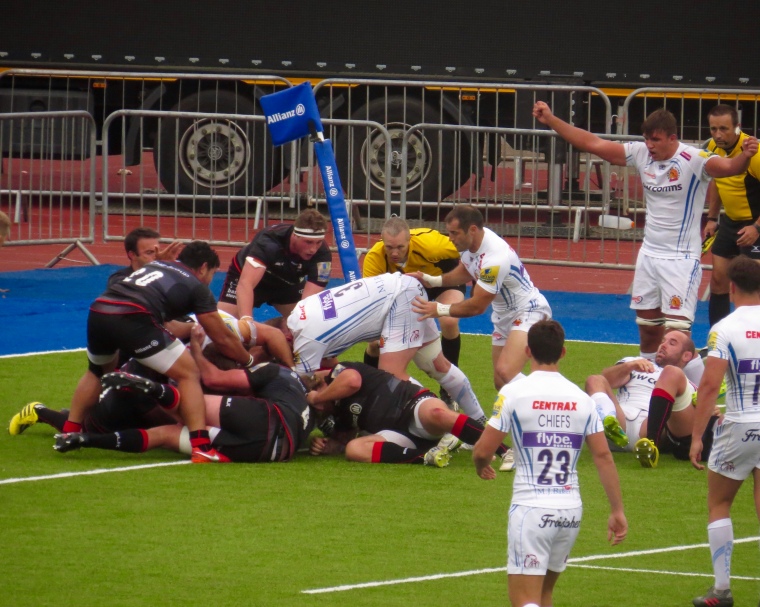 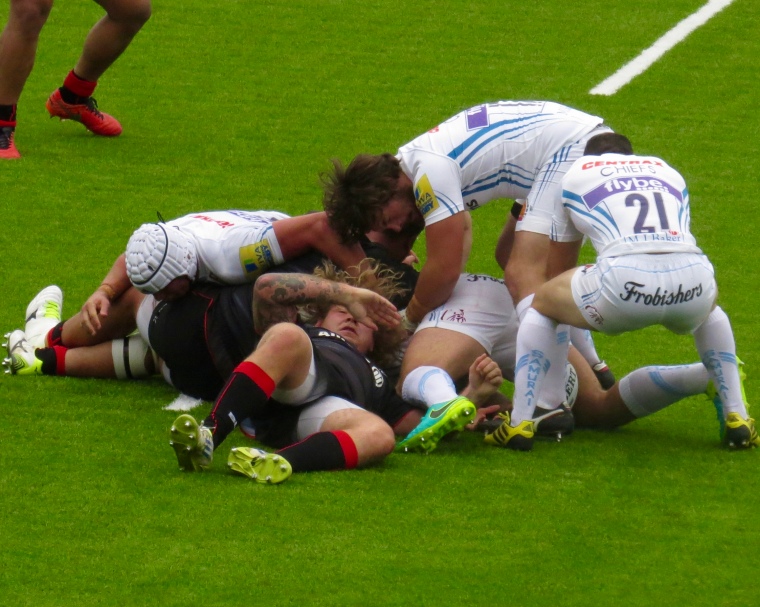