I wasn’t planning to travel to Manchester for the 2nd leg of the Champions Cup match up between Sale Sharks and Saracens, but I was made an offer I couldn’t refuse by one of my Orrell friends Colin Ratcliffe.  When he sent me a message to ask if I wanted to go along with him and his lovely wife Michelle hospitality style I jumped at the chance. 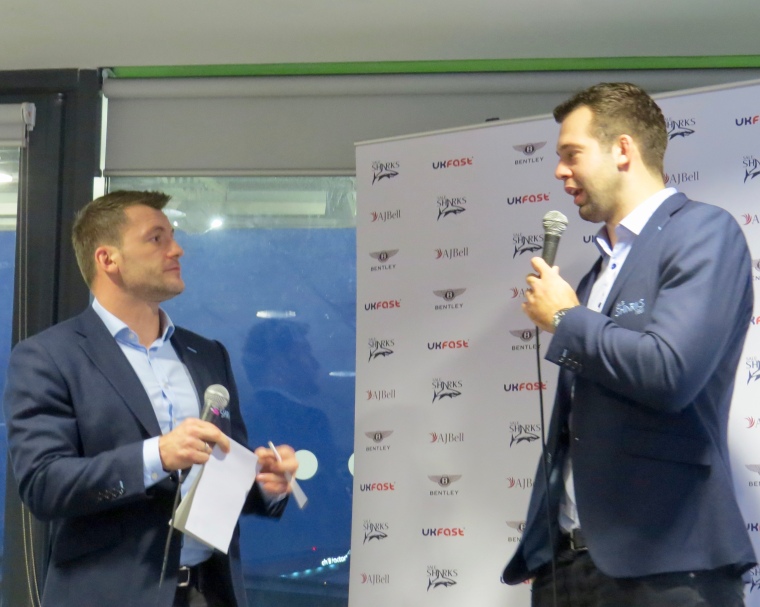 I’d received an email offering half price 1st Class travel so booked to travel from Euston to Manchester for £56 return.  Having taken over 5 hours to get home last time I’d ventured that far, 2 hours on the train was a total delight!

I travelled up on the Saturday, arriving at Manchester Piccadilly, a quick walk to Piccadilly Gardens and I was on a bus to the Trafford Centre where I’d book a Premier inn.  I had dinner in Carluccio’s including a decent glass of pink wine as I had no car to drive, I headed off to my hotel going round in circles until I found a couple with their son to follow.  I was given a room on the ground floor just along from the very busy reception area.  For busy read noisy, I didn’t have the good sleep promised, which resulted in a full refund for the night and a change of room for the following night. 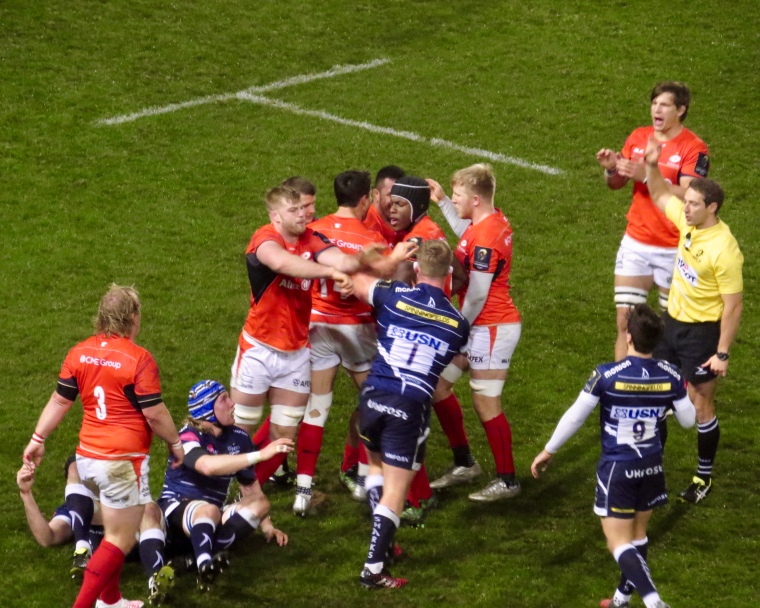 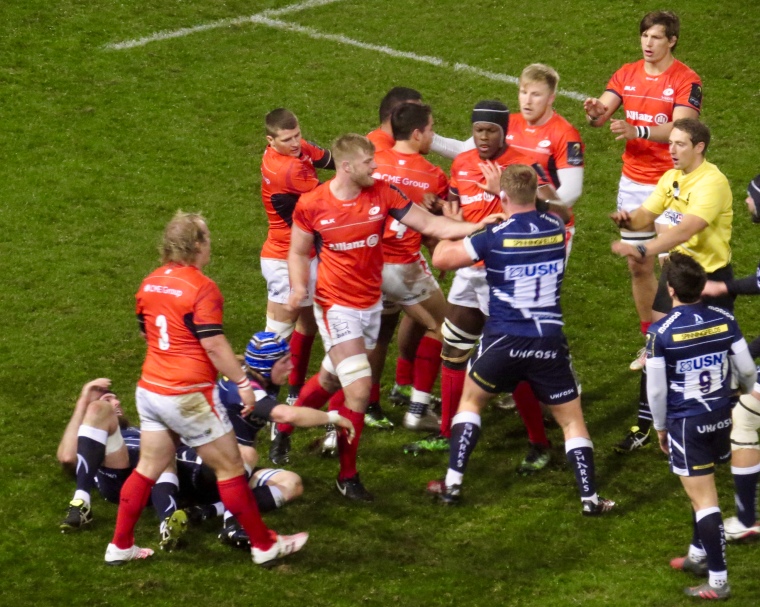 I’m not at the actual rugby yet, and if I’m honest it wasn’t a thrilling game so I don’t plan to write loads.  More of the preamble first – Colin picked me u in his very swish car, I climbed into the back seat to find one of the greatest rugby league players we’ve had in this country – one Andy Gregory!  Colin had said he was bringing a legend, and he was most certainly right! Michelle wasn’t in the front seat as she was feeling poorly, but a friend of Colin’s – Jason Leonard was.

As a big rugby league fan I was delighted to be able to chat to Andy, he had some wonderful memories to share, such as playing at Wembley in front of 98,000 people and how he felt as he was driving to the ground for the first World Club Challenge game seeing fans from every club and playing in front of 37,000 that day, he thought to himself, in his words ‘this really is a big thing’.  He was very candid about some of the problems he’s had over the years, his autobiography ‘Pint Size’ is a must read. 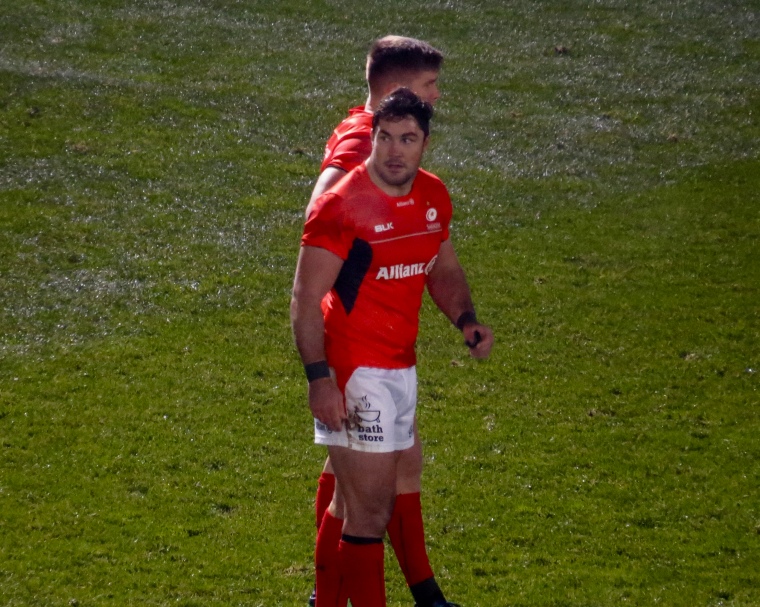 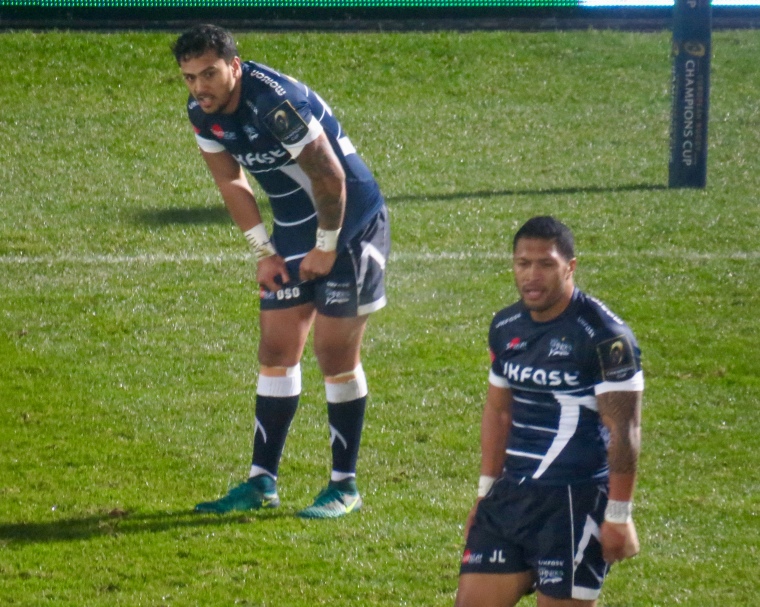 I was disappointed to see Josh Beaumont in the room, that sounds a tad harsh, but I’m a fan and was hoping to see him play, but he was carrying a dead leg from the encounter the previous week.  He got a lot of stick from Mark Cueto for that, but in a friendly way if that makes sense? 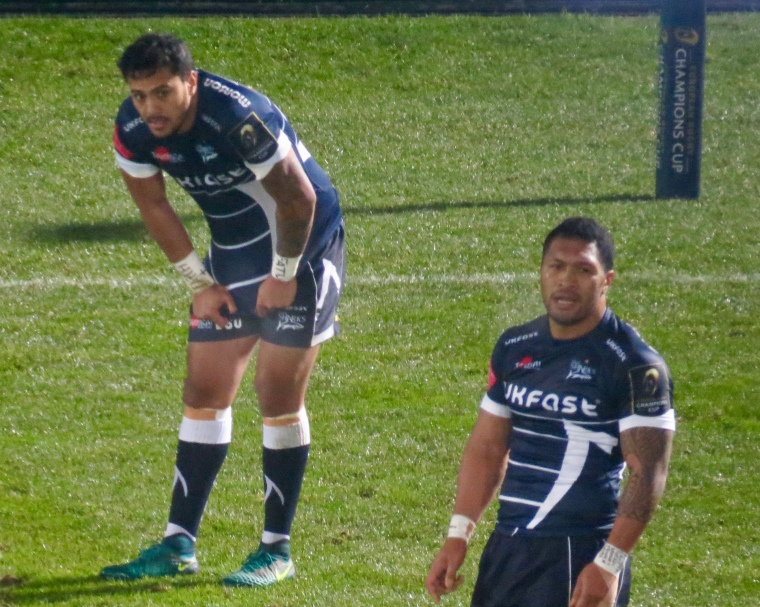 The kick off was a late one, 5:30 on a Sunday evening, Sale Sharks were facing the team that had put 50 points over them the week before, Saracens were also hunting a 13th consecutive win in the European competition to equal the record set by Munster.  They’d also had a week of controversy off the field with the Denny Solomona saga.  But, Steve Diamond wanted a performance from his team, to restore some pride.

And that is most certainly what he got.  Sale were the better team in the first half, Saracens seemed to be off the boil. The two teams traded penalties in that half, with two converted by Owen Farrell and one for AJ McGinty, keeping Sale in touching distance of their visitors.

It seemed to me that Saracens gave away a fair few penalties in the first half, I was wondering when a yellow card was going to be shown.  However when a card did come, it went the way of Sale in the second half.  Rob Webber pulled a driving lineout in his own 22 to become the 4th player to see yellow across the 2 games. Owen Farrell missed teh resulting penalty and another not long after.  However he didn’t miss the next penalty as Sale were shown yet another yellow as Bryn Evans was sent to the naughty step for a deliberate knock on.

We had some controversy when Farrell chased a high kick, taken well by Michael Haley I believe, he seemed to push the Sale player who fell to the ground.  The home crowd wanted blood after 5 one way yellow cards, however what they actually got was a 3rd yellow for the game, without ref link or the TV I wasn’t able to hear the reasoning but the referee and TMO had no issue with the Farrell collision, but they did spot a shoulder rather than a tackle from TJ Iaone.  A yellow was brandished much to the disgust of the Sale fans.

Their disgust was amplified when the object of their annoyance, Owen Farrell scored the first try of the night after a neat off load from the giant Will Skelton on as a substitute. Farrell added the extras to the sound of boo’s to extend the Saracens lead.

Nathan Earle on as a replacement showed his turn of pace when he chased a neat kick on by Alex Goode, he pounced on it to score Saracen’s second try.

The 2 rugby league converts also had the chance to show their wheels, Denny Solomona had 2 cross field kicks land just in front of him, in Andy’s opinion he should have made more of the first.  Having watched Josh Charnley two weeks in a row I’m convinced he’s going to be the real deal in rugby union in the same way he was in league.  He did everything asked of him in defence in both games and made some space for himself at home.  I look forward to seeing him grown into the game.

Bryn Evans made the most of a clever kick off after the Earle try, surprising Saracens he ran in to score.  Some pride was restored, the game finished on Sale 10 Saracens 24.  The Champions of Europe march on in spite of being off the boil and have a 14th win in their sights.

I had a really wonderful afternoon, I’m very grateful to have been invited, I hope to interview Andy Gregory or at the least talk to him some more.  Colin and Jason were great company too, this was a day that was about more than the rugby.