January mean Capital Challenge time and a first look at London Skolars in the new year.  In it’s 10th year the event takes place at the Honourable Artillery Company in the heart of the city, an oasis in the middle of high rises galore. 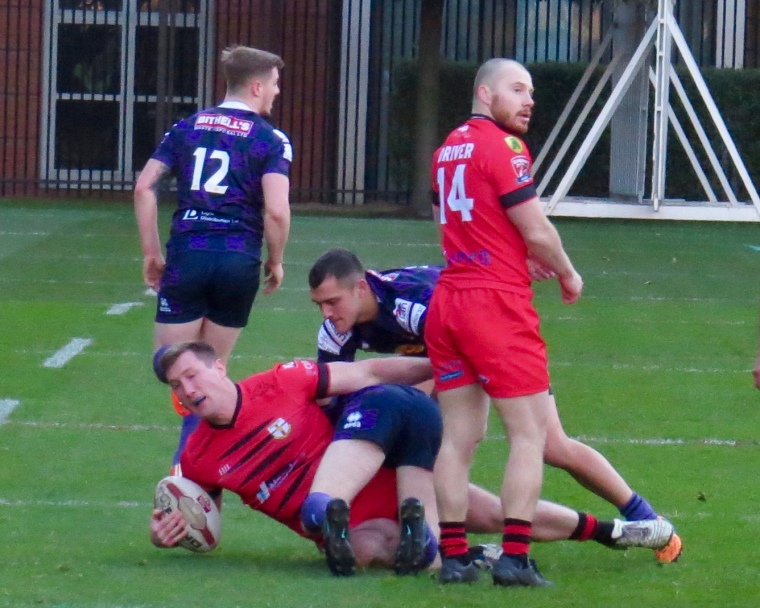 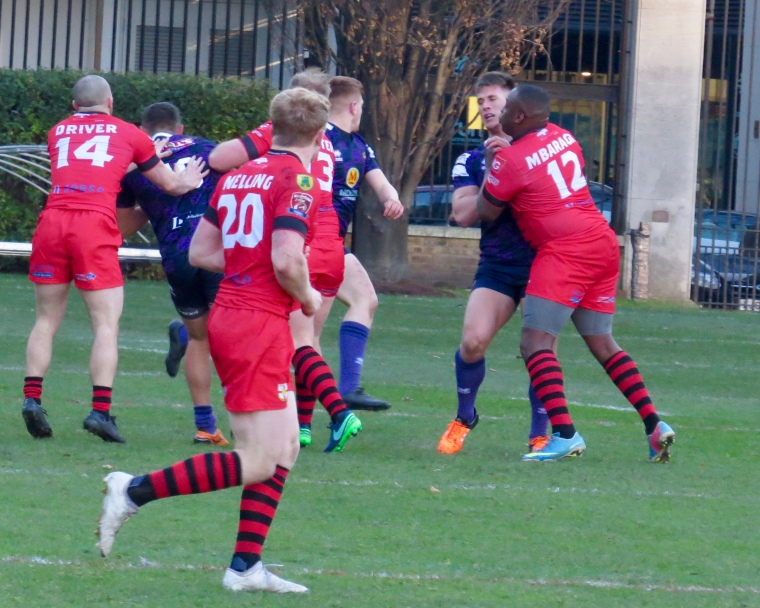 The event starts with a swanky sit down meal for around 300 people and this year I believe that side of things was a sell out, the aim of the lunch is to raise funds for the London Skolars Foundation.  The club are doing a really great job in a challenging area of London helping to engage young people lacking in options. 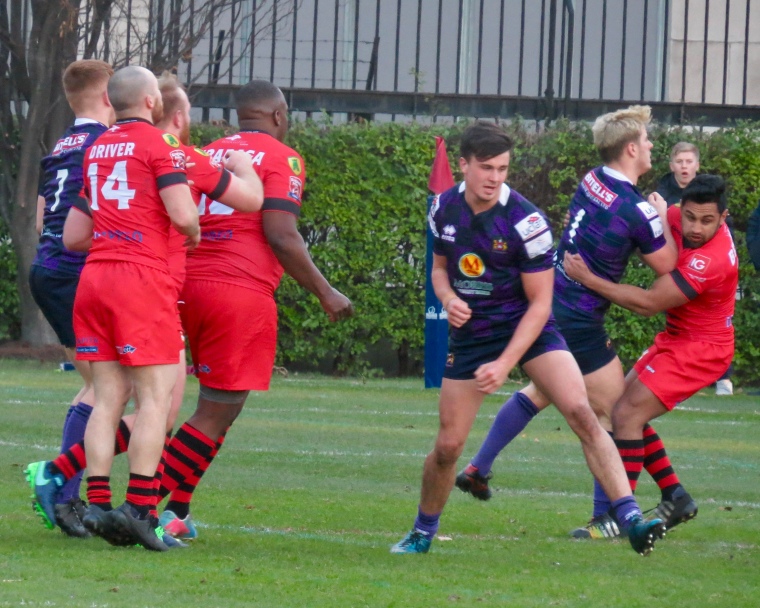 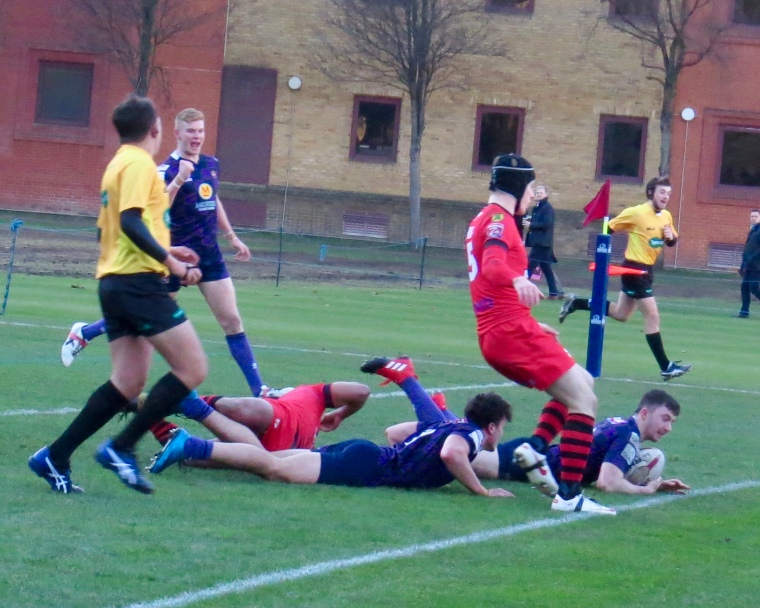 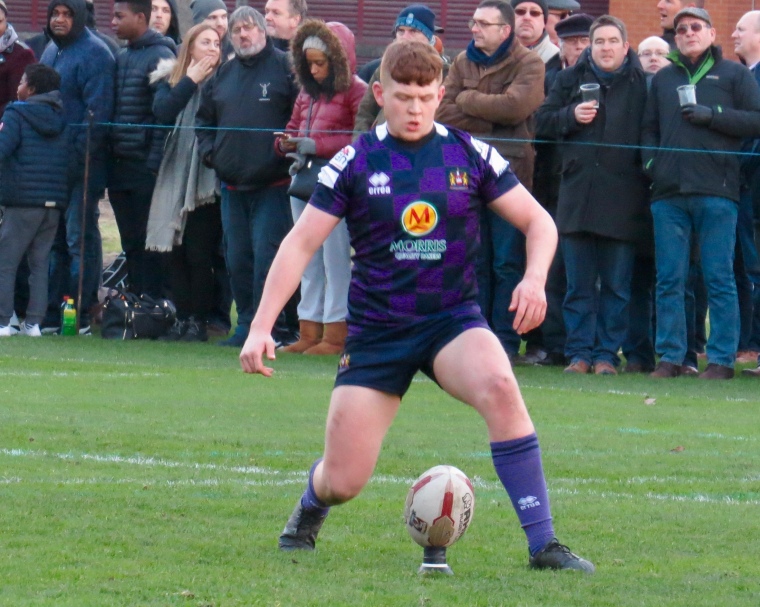 Shaun Wane and Chris Radlinski had travelled down along with Wigan Chairman and Owner Ian Lenagan, the event is very well supported by Wigan  and Shaun and Chris did a quick ‘turn’ at the end of the lunch.  Both men are Wigan through and through and doing a great job with on and off the field, it was great to hear from them. 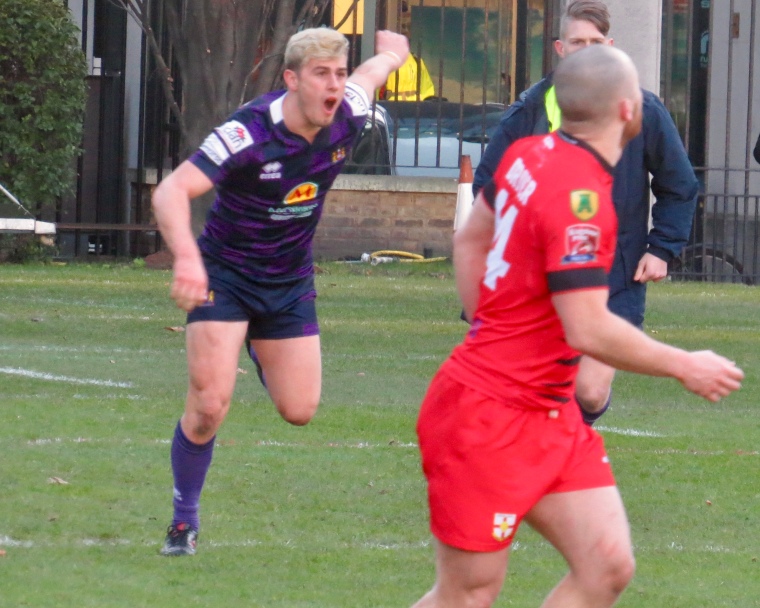 It’s difficult to see the details of the match from standing behind the posts so this will just be a short summary.  To a degree this match is men against boys, but, those boys are playing rugby at the highest level and it’s the main thrust in their lives, whereas the Skolars players have day jobs to go to before they train in the evening.

However it was the Skolars who stormed ahead in this game, playing some very entertaining rugby, they were first on the score sheet and maintained that lead until the end.  The fitness of the Wigan team told in the second half but the score finished London Skolars 26 Wigan Warriors 22. 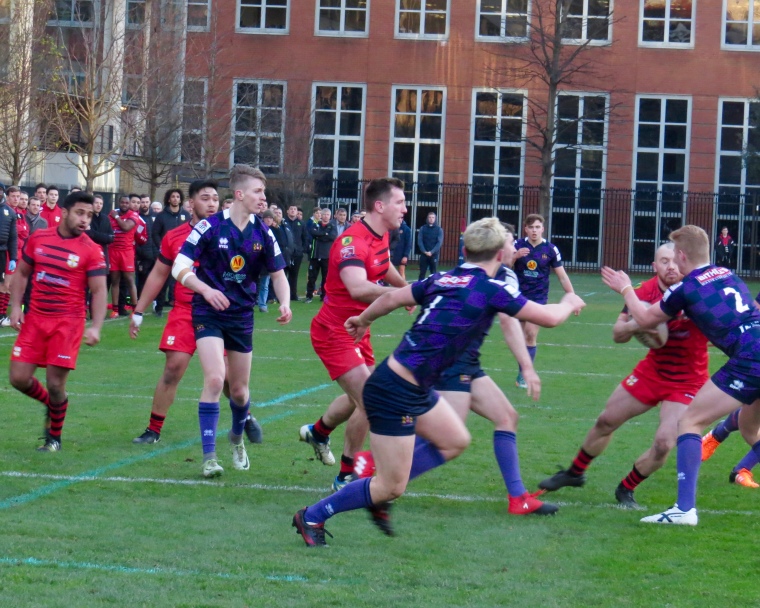 Surprisingly there were handbags/punches thrown which resulted in 2 red cards, one a side, there is no such thing as a friendly when teams take to a rugby league field.  I’m looking forward to a successful season for London Skolars and a first look at London Broncos who play them on January 28th.