I want to proffer maybe a slightly different view on the comings and goings of last Sunday’s England V Italy game of rugby –an interesting term that, given Eddie Jones felt it was not a game of rugby at all – has anyone asked for their money back yet, by the way?

I hope to provide an unbiased view but of course sometimes passion can take over us all – it certainly seemed to on Sunday.

I will pose two simple questions; but before I do let me explain the position I am writing from, as many pundits and detractors are saying – it’s easy to have an opinion with the benefit of hindsight. 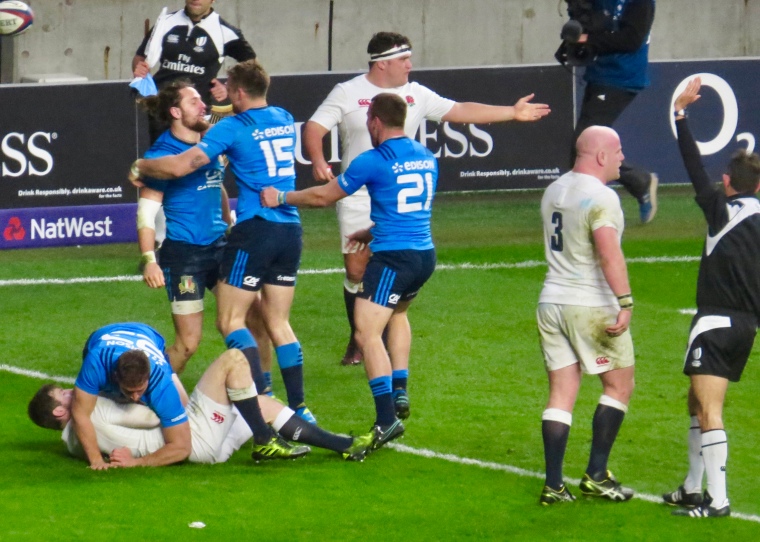 I played the game for 23 years, officiated for a further 12 at a higher level than I ever played and I coached until recently.  I don’t pretend to be as experienced as today’s international referees; indeed my refereeing extended at its peak to level 5, my further progression curtailed by age and some would say beauty rather than any lack of skill, ability or desire (but that’s another story).  In regards to hindsight please indulge my apparent omniscience, but I truly did get this, admittedly from the comfort of my armchair, within a few minutes of the first couple of occurrences of ‘Tackle Only’.  Through my screams at the TV of, ‘pick and go/pick and maul’ or ‘it’s just a tackle, pick the bloody thing up and run’, even my long-suffering wife and son were asking me; ‘why can’t they figure it out?’.

So to my two questions:

As is traditional, I will try to answer the second question first; just to keep you on your toes.

A referee, at whatever level, must have empathy for the game, the players, what the teams and coaches are trying to do, the spectators and the spectacle as well as the traditions of the game and many other factors.  They should interpret the Laws with such considerations and apply them fairly and equally.  A debate often argued is that they should just apply the Laws Per Se.  OK, let’s give that debate a go – it’s a Maul, its moving forwards with attacking team in possession, the defending 5 (it’s always the 5 isn’t it?) is creeping along the side of the Maul, is offside and being a bit of a nuisance.  What does the referee do?  By the letter of the Law, he/she blows their whistle, pings the number 5 and awards a penalty or he/she may play advantage …..then ping the 5…Ping! Ping! Ping! Ping! Ping!  Great game so far isn’t it?  In actuality what he/she does is manage the player, calls his name or number and invites him to ‘get out’ or ‘get away’.  This action is based on interpretation of Law, materiality, run of play, game management, fairness, keeping players honest (used a lot nowadays) and yes empathy. 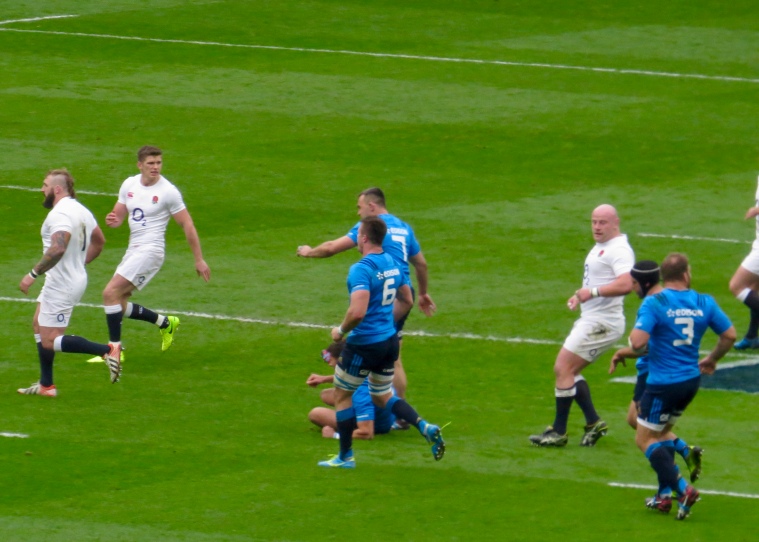 Did you know it’s estimated that a referee during a match will walk, jog, run and sprint some 7 miles (sometimes backwards), be subject to similar levels of fatigue as the players and will make over 1000 decisions per game – many of which are decisions to do nothing.

We have been told that Mr. Poite, was consulted pre-match by Italy on how he would interpret the Laws applying to the Ruck and the offside line.  Yet as the above title suggests, this was not an issue of Ruck Law but an issue of Tackle Law and Laws of Fair and Foul play; because no one is in any doubt there was no Ruck.  So – where does empathy come in to it?

There were any number of Tackle and Fair Play Law violations taking pace by Italy around the tackle area that presented ample opportunities to manage the game with equal empathy and fairness.  Those Laws include (* see notes at end of blog):

In my opinion Mr Poite, should have addressed the Italian captain and stated something along these lines:

‘I have given you clarity on the Ruck Laws, now let me be transparent that in the interests of fairness and equal application of Laws, if your players continue to offend around the Tackle area and contrary to the Laws of fair play I will have no option but to penalise them appropriately’.

This he chose not to do.  Empathy is a two-way street when it comes to officiating a rugby match.  So, in answer to my question; at what point does empathy become bias? – at about 15:15 on Sunday 26th February 2017.

And now my first question let me remind you what it was; did Messrs Haskell and Hartley ask Mr. Poite, the wrong questions?

I refer you back to the title again – this was not an issue of Ruck Law, it was an issue of what Laws were applied or not applied at the tackle and in the interests of fair play.  Again, an interesting term ‘fair play’ as one could argue – and many have – that the mere occurrence of Italy stacking up against any of the other 5 nations makes it an unfair game before the first whistle is blown. 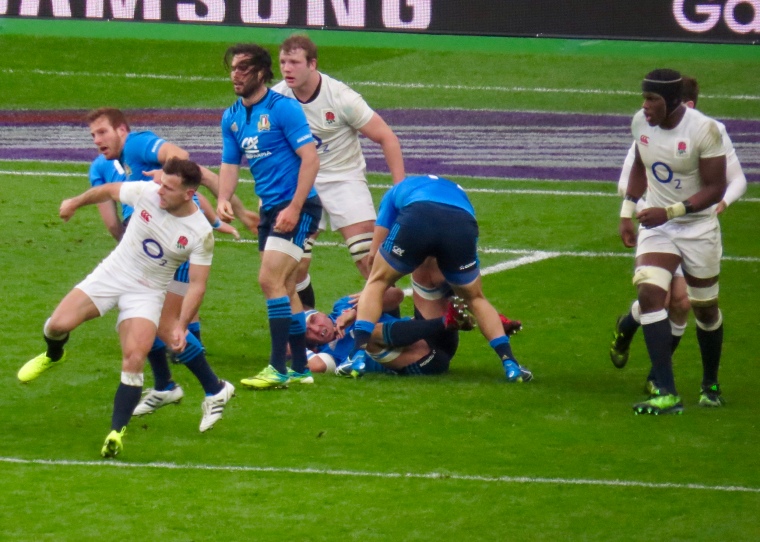 Hartley and Haskell were questioning the referee over; ‘what is happening with the ruck thing’ and ‘how are you applying the Laws at the Ruck’.   Even the pundits were constantly talking about the Offside Law at Ruck and the other Laws at Ruck.  The great Jonny Wilkinson offering the solution that ‘an England Player should take hold of an Italian player at Ruck time and pull him in therefore making a Ruck- an oxymoron for sure and a tactic which would certainly have resulted in further penalties against England.  Let’s be clear here, Romaine Poite, was – ‘Tackle Only’, there was no Ruck.

What should H & H have asked the referee then?  I would suggest something along these lines:

These are both non-challenging questions that would have sewn a seed of questioning into Mr Poite’s decision making, especially around interpretation and empathy – there’s that word again!

So, did Hartley and Haskell ask the wrong questions of Mr Poite?  Not really, I think they just didn’t ask the right questions and were somewhat let down by the machine behind them for the first 40 minutes.