As I was at the first 3 days of this match I’m going to write up each day separately.  Before I start a few facts about the first test at […]

As I was at the first 3 days of this match I’m going to write up each day separately.  Before I start a few facts about the first test at Lords to bear in mind.  And to give some context to what happened in this second test.

One batsman, two all rounders and a bowler made 390 of the 458 runs scored – the second innings didn’t contain a big innings from Joe Root but –

A better display by the top order, but this adds up to three batsmen, one wicketkeeper/batter and one bowler making 215 of the 233 runs scored, in this innings England lost 8 wickets for 94 runs.

And so to Day 1 – Faf du Plessis was back to captain South Africa,  Kagiso Rabada banned for this test and JP Duminy dropped.  That saw Chris Morris and Duanne Olivier included in the match day team. 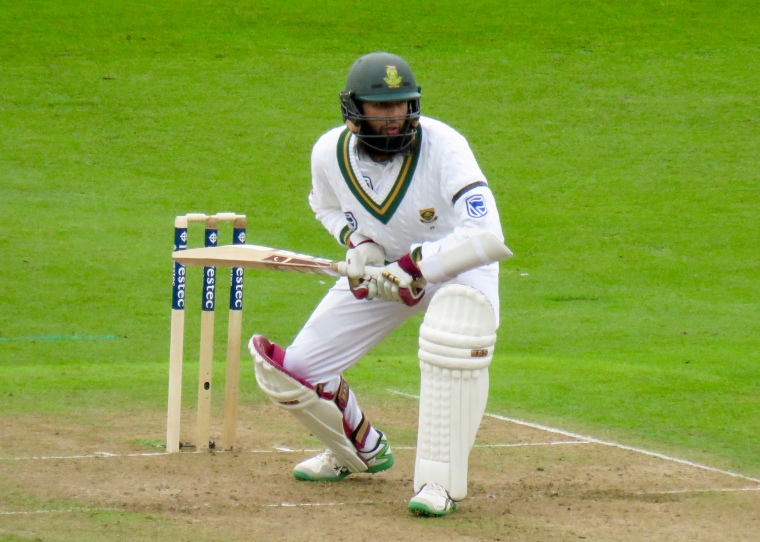 Faf du Plessis won the toss and opted to bat, that seemed a strange decision, but was proven to be the correct decision as the match progressed. 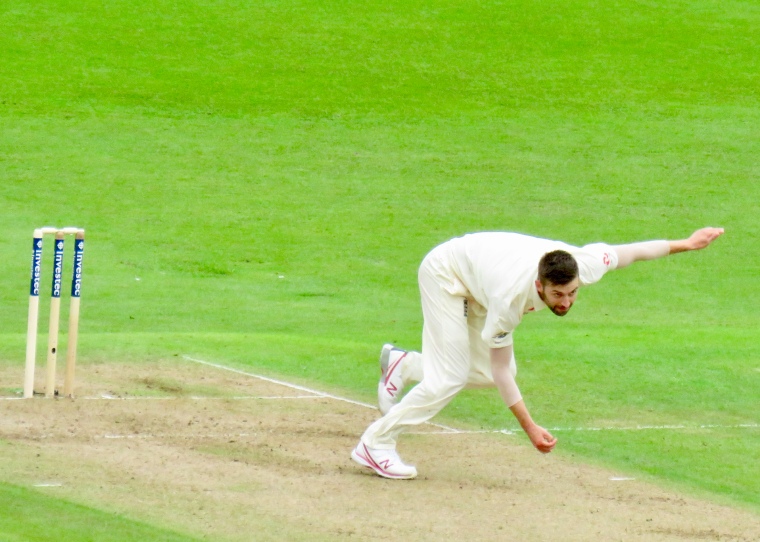 Trent Bridge had been a happy hunting ground for England when they last played a test match there, but there was to be no repeat of their demolition of the Australian line up.  Although an early wicket for Jimmy Anderson gave hope that we might see another wonderful bowling display.  Dean Elgar was out, caught by Liam Dawson for 6 and South Africa were 18 for 1 in the 9th over. 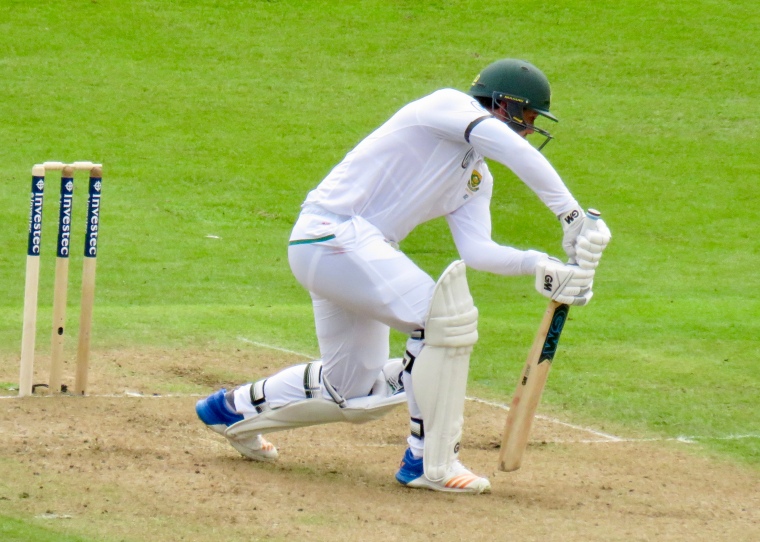 Hashim Amla came to the crease, a truly world class batsman he exceeded 8000 test runs during his innings and it soon became plain that England were going to have to work hard for their wickets. 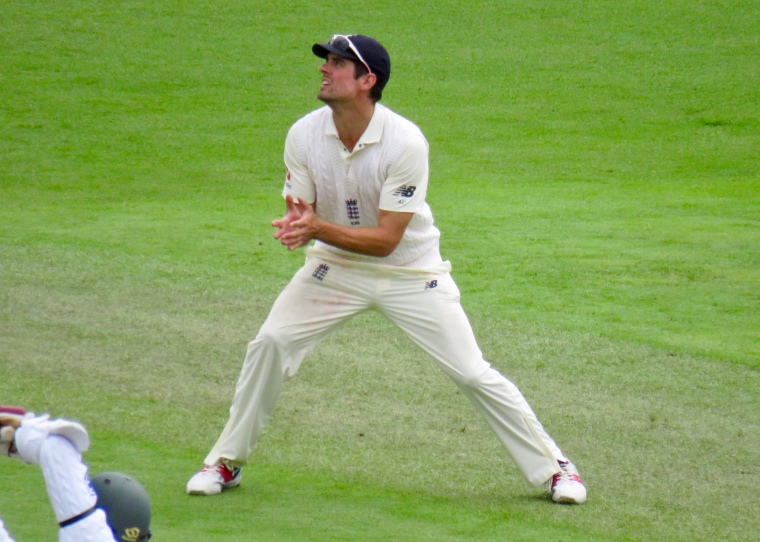 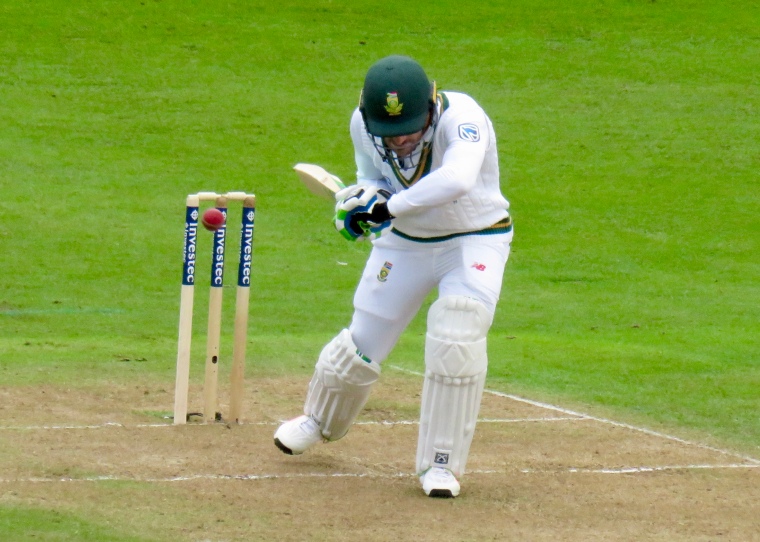 Mark Wood got some bounce and one ball struck Heino Kuhn on the head, he took some time to get his mojo back,  it also took a while for his dressing room to change his helmet, as far as I’m aware that should have happened immediately.  It seems to me that cricket still has a way to go when it comes to concussion. 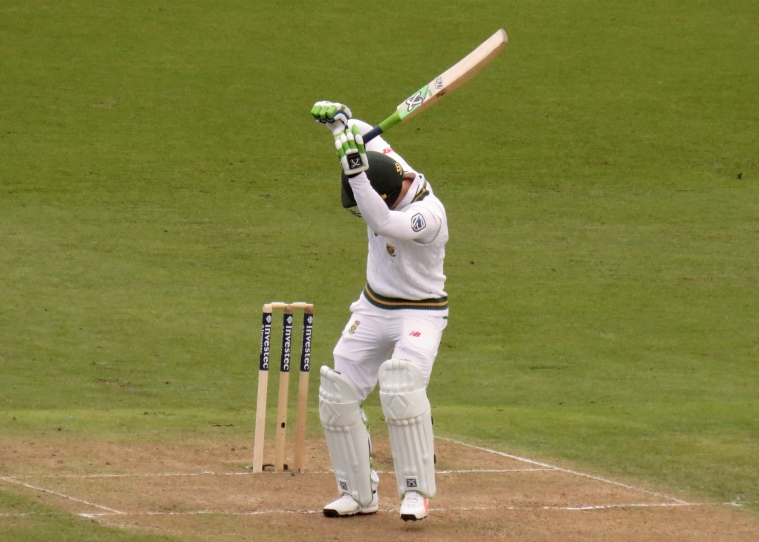 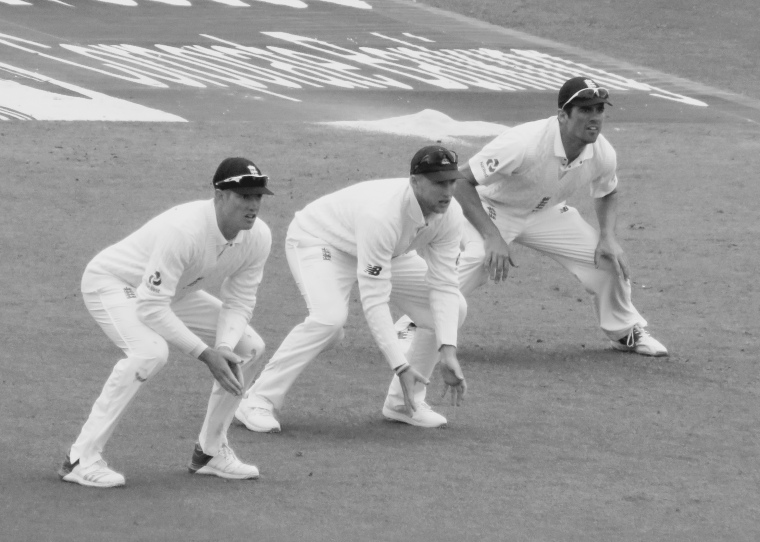 Kuhn’s was the second wicket to fall he was bowled by Stuart Broad, he does at times bowl at the stumps, the score had moved on to 66 for 2.  Quinton de Kock joined Amla and we had something of a batting masterclass ad the pair put on 113 runs.  They were steady runs, South Africa weren’t to be rushed and both men looked well set.  However de Kock played an uncharacteristic shot to give Broad his second wicket as he was caught by Alastair Cook. South Africa had moved to 179 for 3. 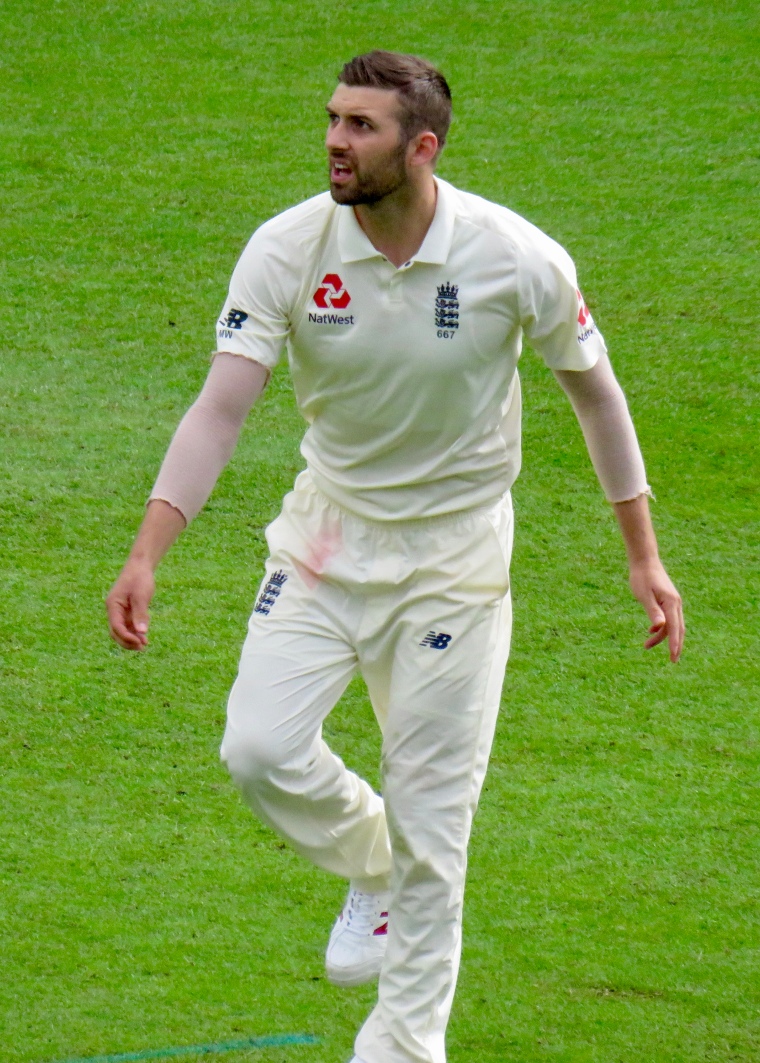 Faf du Plessis back with his team after staying at home after complications with the birth of his first child, was up next.  Amla looke dot be heading for his century but he too was caught out by a ball from Broad, sending it into the hands of Mark Wood, out for 78.  The captain was clearly rusty and he flashed at a ball from Ben Stokes to be caught behind by Jonny Bairstow with only 19 to his name, 2 big wickets gone in the space of 5 overs. 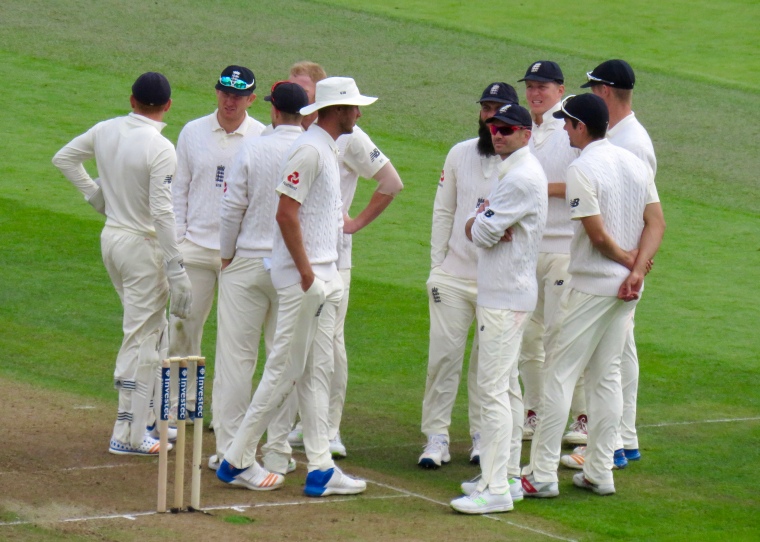 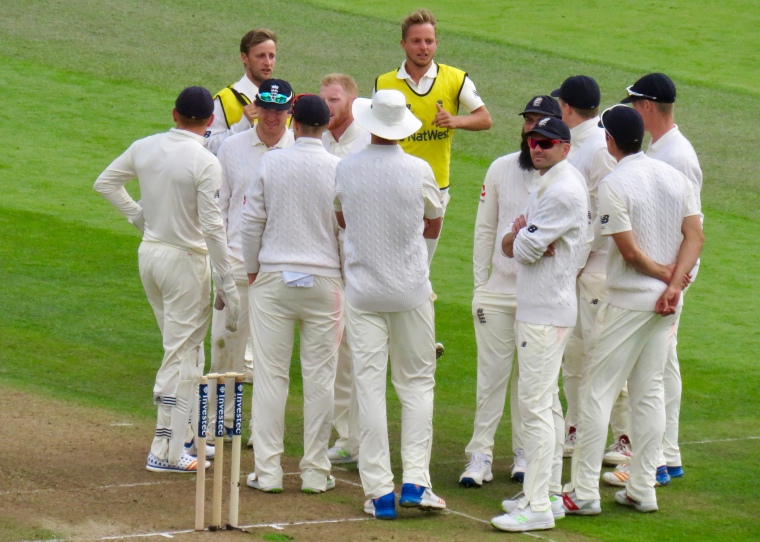 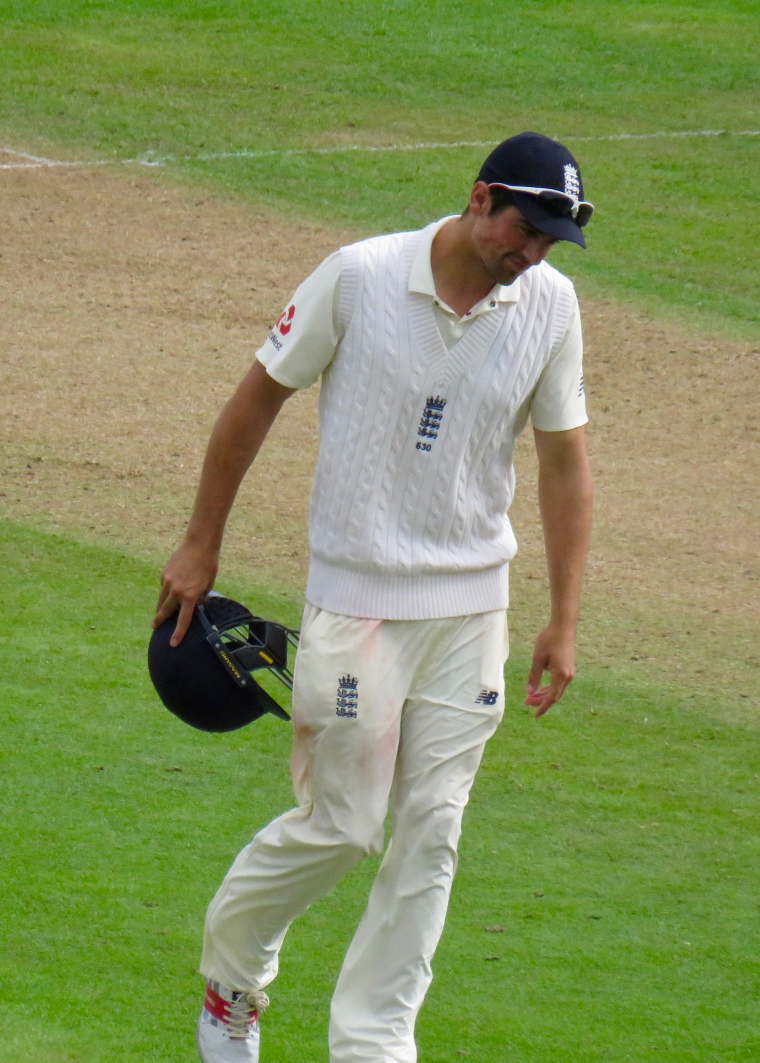 At this point things were looking positive for England as they had South Africa on 220 for 5.  Temba Bavuma, at 5ft 3 the smallest man in international cricket, had played well at Lords, he made 20 from 27 balls before suffering the same fate as his captain, caught by Bairstow from the bowling of Stokes.  235 for 6 was a great position. 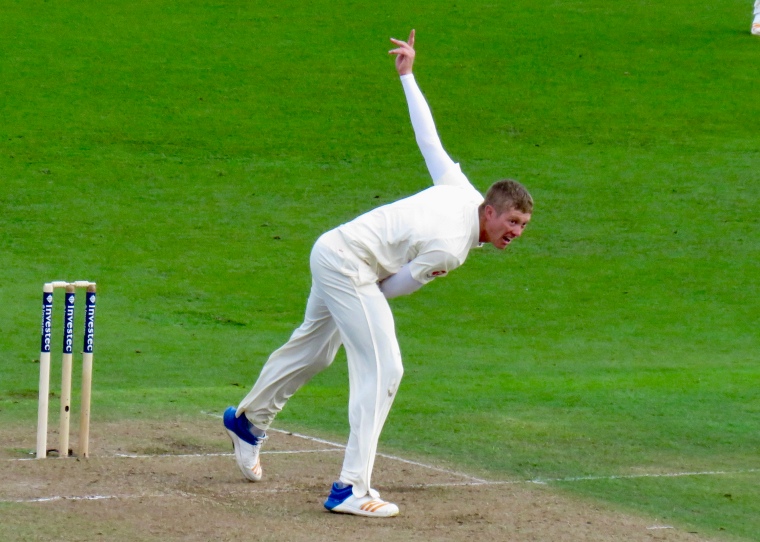 We finished the day with Vernon Philander and Chris Morris batting, they frustrated the front line bowlers and took the score to 309 for 6.  That decision to bat first was looking very positive!  The decision to keep Moeen Ali’s involvement in the bowling attack to a minimum was a mystery and it continued to be so for the duration of the match, as you can see from the photos we even saw Keaton Jennings bowling! 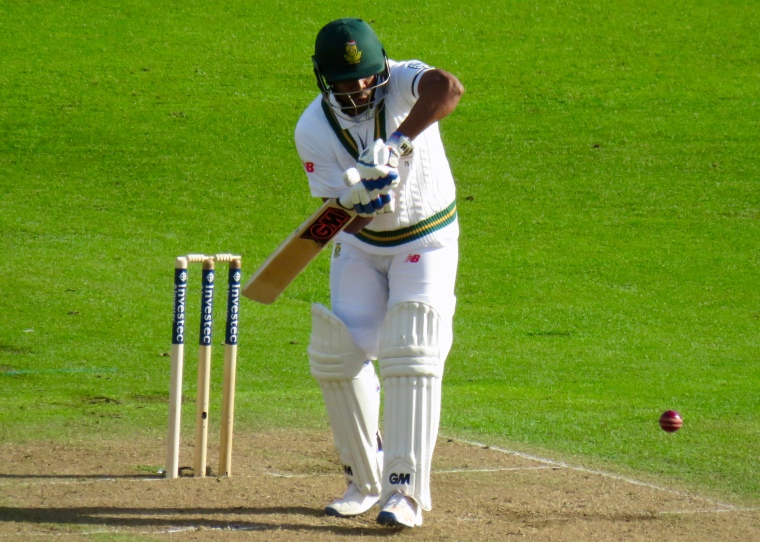 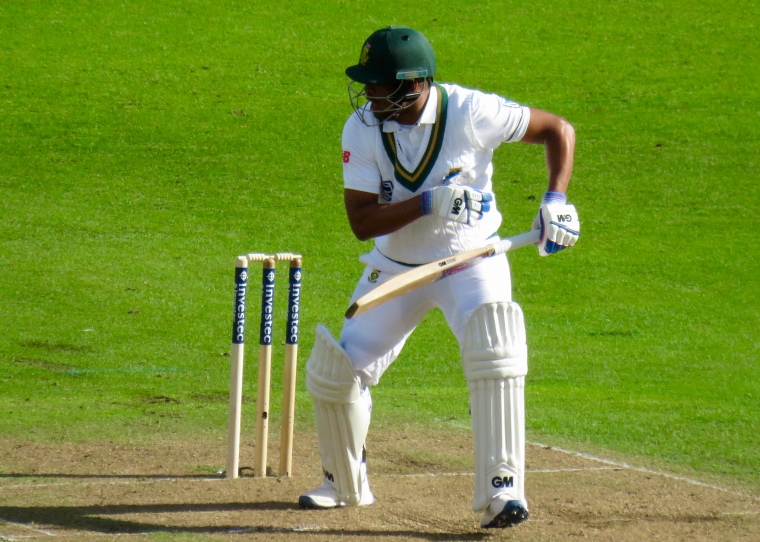 The final photo is of the substitute fielder, I apologise to him that I don’t have his name, he was incredibly enthusiastic and clearly a great fielder!