23rd March is a very big day in the history of Pakistan.  The Lahore or Pakistan Resolution as it became known was drafted by the 25 members of the Working […]

23rd March is a very big day in the history of Pakistan.  The Lahore or Pakistan Resolution as it became known was drafted by the 25 members of the Working Committee of the All-India Muslim League.  The resolution asked for more Muslim autonomy within British India but most took it as a call for a separate Muslim State.

The All India Muslim League Resolution of March 1940, commonly known as the Pakistan Resolution, is undoubtedly the most important event that changed the course of Indian history and left deep marks on the world history. With the passage of this Resolution, the Muslims of the sub-continent changed their demand from “Separate Electorates” to a “Separate State.”  This Resolution rejected the idea of a United India and the creation of an independent Muslim state was set as their ultimate goal. It gave new energy and courage to the Muslims of the region who gathered around Quaid-i-Azam from the platform of the Muslim League to struggle for their freedom. The dynamic leadership of the Quaid and the commitment and devotion of the followers made it possible for them to achieve an independent state within seven years of their struggle, and that too when the odds were against them.

Independence Day was finally celebrated on August 14th 1947, that date also remains to be a special day and is a National holiday in Pakistan.

My connection with Pakistan really came in 2016 when Pakistan toured to play England, I had heard of the match fixing scandal at Lords in 2010 but was looking at this cricket team with fresh eyes. And I really liked what I saw, A team lead by Misbah ul Haq played with a great attitude. 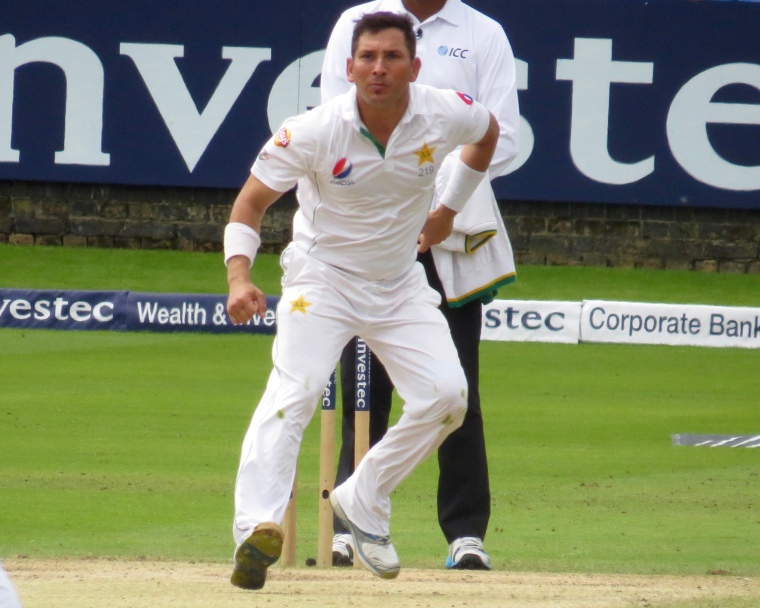 At Old Trafford Alastair Cook and Joe Root had a wonderful partnership with Cook making 105 and Root a mighty 254, Pakistan had no answer and we beaten by 330 runs. 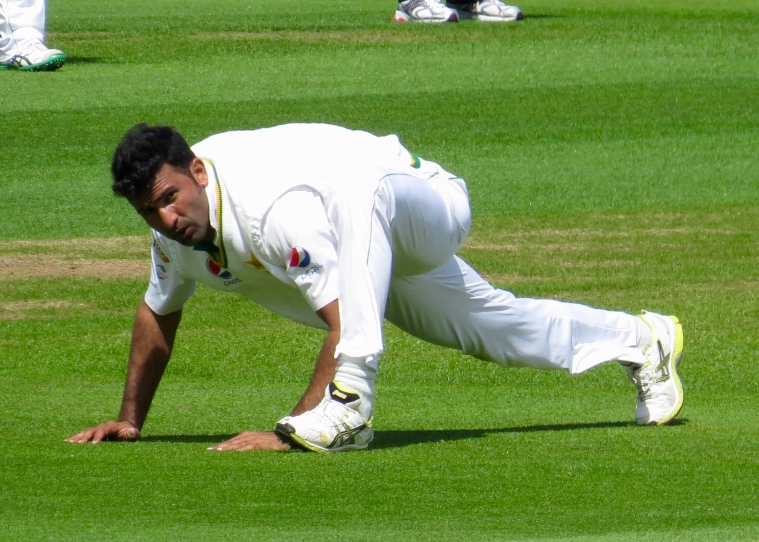 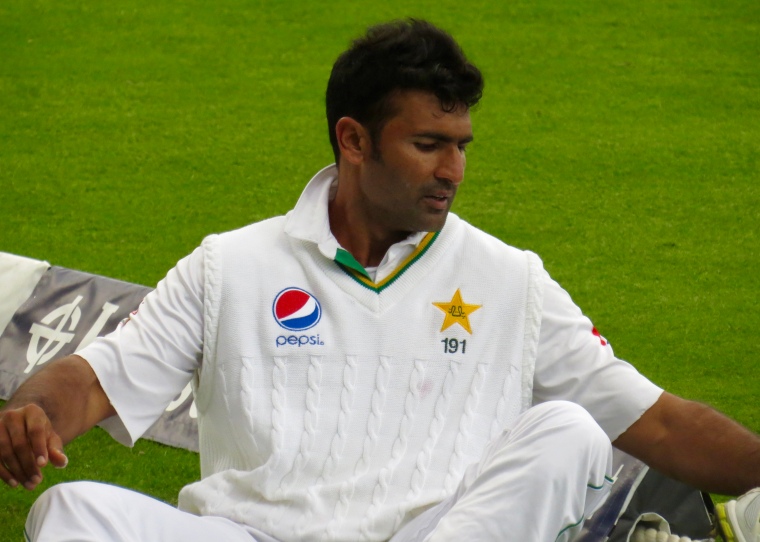 On to Edgbaston and another partnership, this time between Sami Aslam with 82 and Azhar Ali 139, I can remember being so disappointed for Aslam when he was run out just short of his maiden century.  I made the mistake of saying what a shame it was on my Facebook Page, I now understand why, with the difference in language interpretation, I’ll never use that term again!

Those innings didn’t however win the match for Pakistan and England emerged winners by 141 runs, Although I’m an England fan I really hoped for a drawn series, I felt that Pakistan deserved that.

Enter the Pakistan legend that is Younis Khan, he’d danced his way through the series, literally, at the crease.  But, at the Oval his class finally emerged and he scored a wonderful 218 runs, during his innings he scored his 1000th Four, an amazing stat!  And one I was so happy to witness.  Pakistan won the match by 10 wickets, drew the series and my heart was won.

My next encounter with the Pakistan Cricket team came during the Champions Trophy in 2017, I managed to win a ticket for the final in the ballot and bought a ticket for Pakistan v South Africa at Edgbaston.

While I wanted Pakistan to beat South Africa I couldn’t have been more disappointed to see AB de Villiers out for his first Golden Duck, I saw Virat Kohli out for a Duck the following day too! Rain curtailed the match at Edgbaston but Pakistan won under the Duckworth Lewis method by 3 runs.

The whole tournament was rain affected and that helped Pakistan’s cause, they met England in the semi-final and pretty much demolished them to win themselves a place in the final against their old rivals India.

The final was an amazing affair!  The atmosphere was like no other I’d experienced at The Oval.  India won the toss and put Pakistan in to bat.  Old hand Azhar Ali and new boy Fakhar Zaman opened the batting.  Fakhar appeared to be out when he was caught from a Bumrah ball, but it turned out that ball was a No Ball and the young batsman went on to score a wonderful 114.  Pakistan made 228 for 4.

Mohammad Amir blew away the India top order, taking the wickets of Rohit, Kolhi and Dhawan and India found themselves 33 for 3!  They were all out for 158 with only Hardik Pandya showing any fight, he was run out for 76, which was a great shame, he deserved better.  But, Pakistan won the Champions Trophy by 180 runs!  It was wonderful! 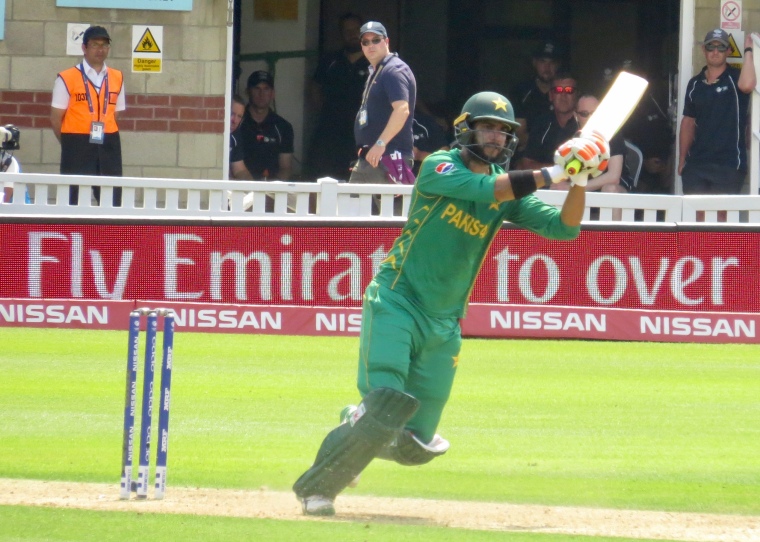 I interact with many Pakistan cricket fans on my own 365 Sporting Days Facebook page and as part of the Green Team Facebook page, without fail they are respectful and cricket mad!

I share news of that I’m up to and in return they tell me about Pakistan, sharing photos of a truly beautiful country, with kind, generous people.

I met Shaz Khan through Twitter  and was delighted to meet him at a testimonial dinner for Martin Gleeson a rugby league player.  I met a legend of the game in England at that dinner, Ikram Butt.  I plan to talk to him further about how that game is taking off in Pakistan.

Shaz was good enough to get me an invite to a dinner in Bradford to celebrate Pakistan Day.  His Brother-in-Law, Ahmed Amjad Ali is Consul General based in Bradford.  What a wonderful evening I had, the welcome was incredibly warm, the food delicious and I learnt more about a country I have a fascination with.  We saw a video that showed the country as it truly is, not how some try to portray it in the media in England. 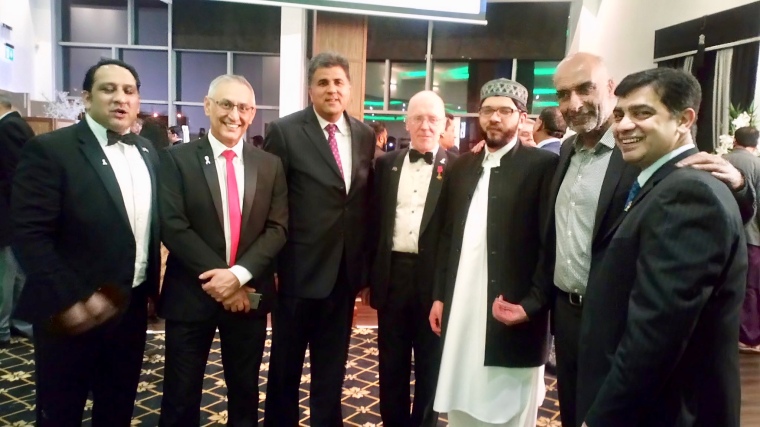 Bright, sparkling, modern cities, with history galore in the country as well as truly beautiful countryside, with so many varieties, valleys, mountains, lakes, snow covered hills,  We were treated to a series of singing and dance performances arranged by the wife of the Consul General, they were wonderful!  It was so interesting to see the variety of styles and dress.

Another wonderful added bonus was to meet and chat to the legend that is Dickie Bird, he was quite amazing! I’d make him an England selector tomorrow.  He was honoured at the end of the evening and shared fond anecdotes of umpiring in Pakistan. 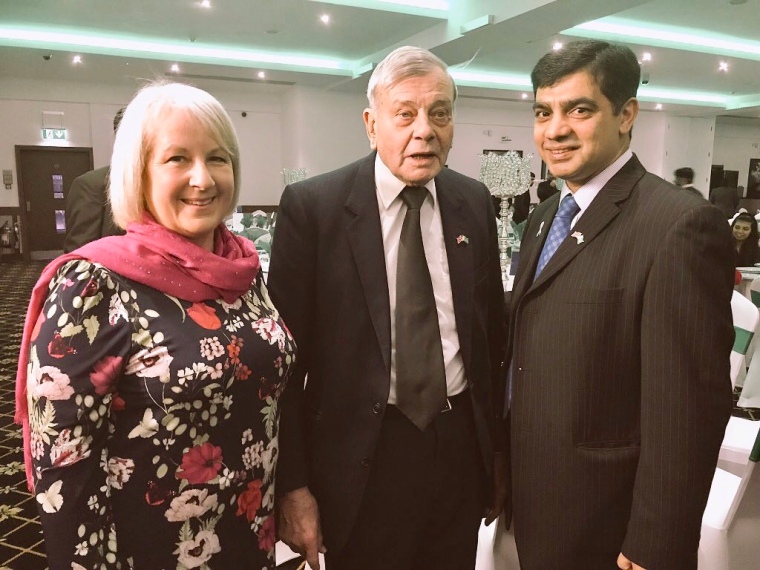 My passion for Pakistan and its people grows as the years go by, I hope to visit very soon and meet some of the cricket mad people I interact with online.