Naturally I have more photos to edit, but I’m sure you can appreciate that I feel the need to rant having edited a few! So, I paid £200 to watch […]

Naturally I have more photos to edit, but I’m sure you can appreciate that I feel the need to rant having edited a few!

So, I paid £200 to watch England play Pakistan for 3 days at Lords.  I missed Day 3 because it coincided with the Premiership Rugby Final, happily won by my team Saracens!  I must make a confession before I go further, I thought Pakistan would win this first test of the English summer, before it started I was happy for it to go either way, after Day 1, I wanted Pakistan to win.  So please bear that in mind when you read my latest rant.

I was watching from afar as Day 3 unfolded and had in my mind decided I’d be watching Essex play Surrey in the Royal London One Day Cup.  But no, shot of all shocks, England won a session!! England had fallen to 110 for 6, with Joe Root having made 68 of those runs.

That left Jos Buttler, part of my Day 1 rant, and 20 year old Dom Bess holding the fort.  Now as I wasn’t there I can’t comment on their batting, but, Buttler ended the day on 66 and Bess 55.  That meant England avoided an innings defeat as they finished the day on 235 for 6, an actual lead of 56.  It also meant I’d be making the trip to Lords for Day 4, would it mean it was game on?

Well no, it wouldn’t!  Pakistan had a new ball due in 2 overs, but they just didn’t need that.  Just as Geoffrey Boycott was bemoaning Jos Buttler’s weaknesses when facing a red ball up stepped Mohammad Abbas, that would be the man playing in his 7th test match, he outsmarted Buttler and he was gone, LBW having added 1 run.  So much for building a defendable lead. 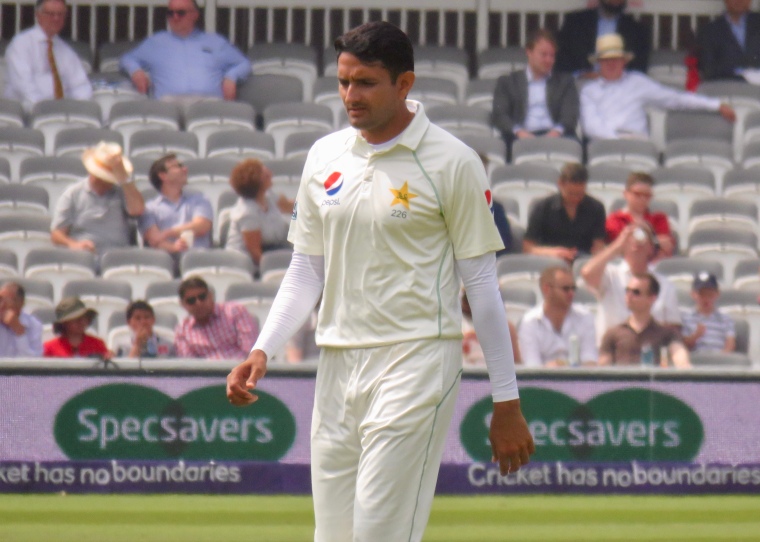 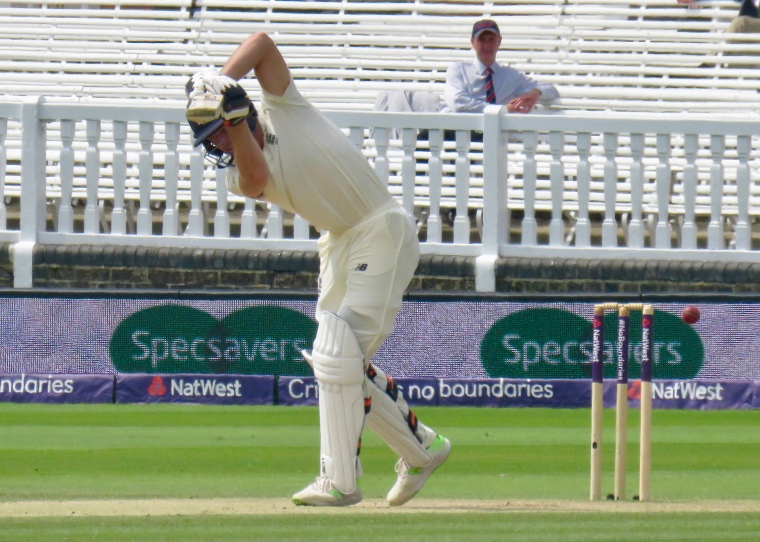 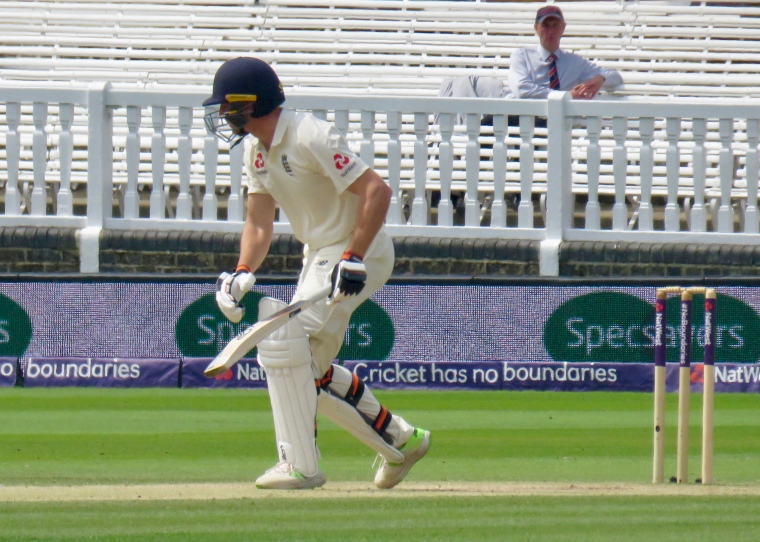 Buttler was the last of the ‘recognised’ batsmen and Amir was waiting for that fresh new ball.  Except he didn’t take it, but he did take the wicket of Mark Wood who edged the ball to Sarfraz.

In came Stuart Broad, then , out went Stuart Broad as he edged a ball from Abbas to Sarfraz.  That gave Abbas 4 wickets for the innings and 8 for the match, he was outstanding! 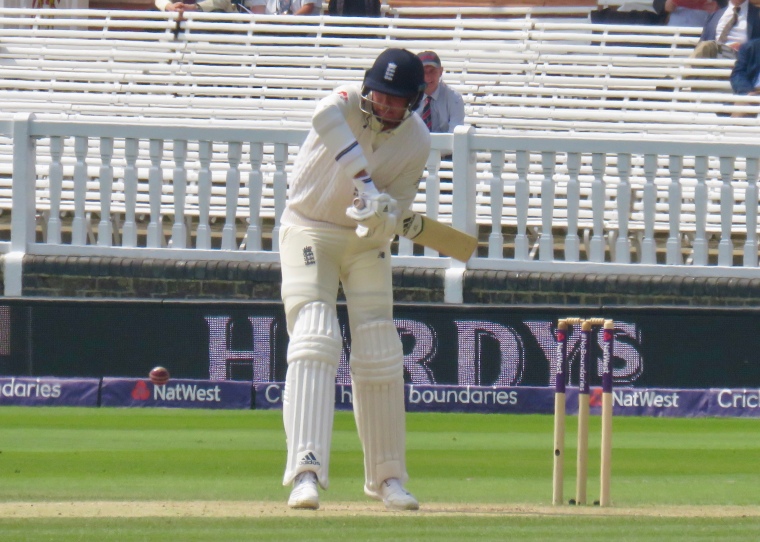 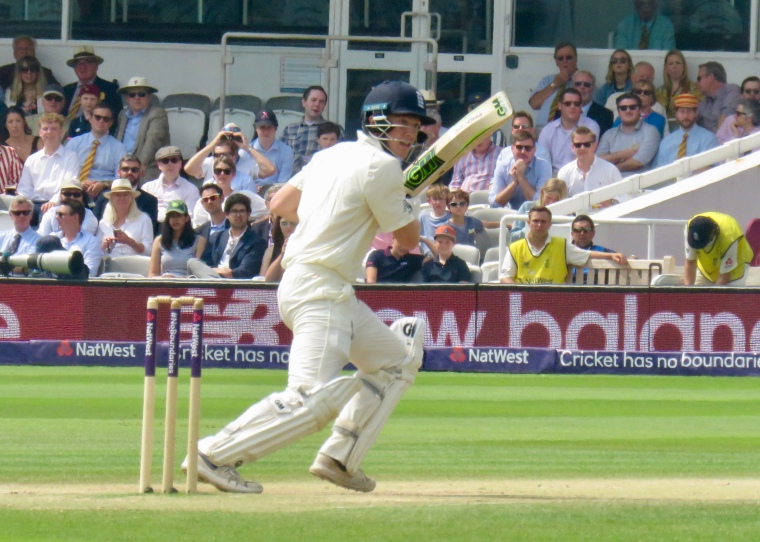 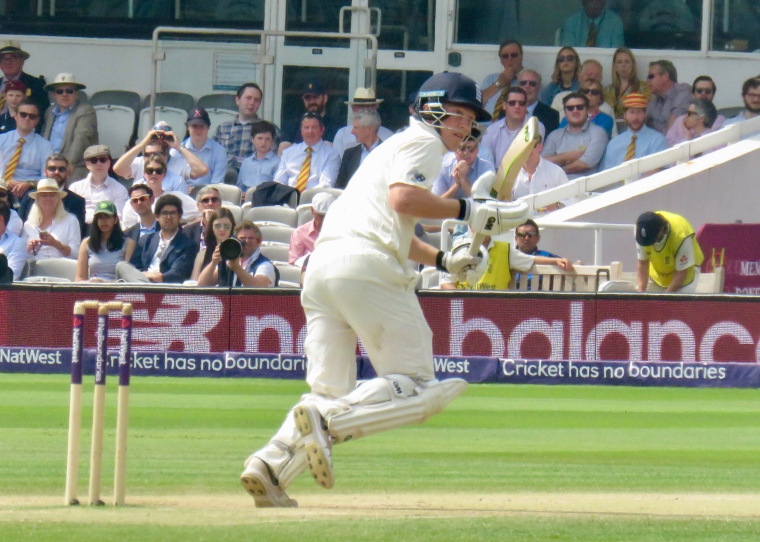 Young Dom Bess playing in his first test had batted well, but Amir can be irresistible to the best batsman,  hands up Alastair Cook, and he despatched Bess with a great ball, clean bowling him!  The England score had gone from 235 for 6 to 242 all out in the space of 25 balls. 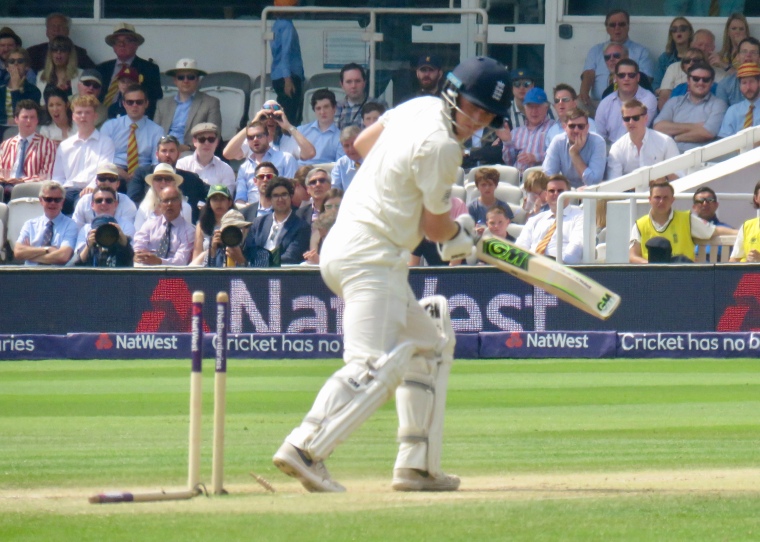 All of that added up to Pakistan ending 64 runs to get themselves a well deserved win.  Imam had left the field during those 25 balls having taken a ball in a ‘delicate’ area, but he emerged with Azhar to start chasing those runs down.  The nest 3 photos show something that was happening all through Pakistan’s first innings; balls that the batsmen could simply lift their bats to.  It literally drives me mad, I’ve watched hour after hour of that type of ball being sent down.  England haven’t taken 20 wickets in a test match since last summer against the West Indies. Dot balls  just aren’t valuable in the same way they are in white ball, limited overs cricket, but they can make for frustrating viewing! 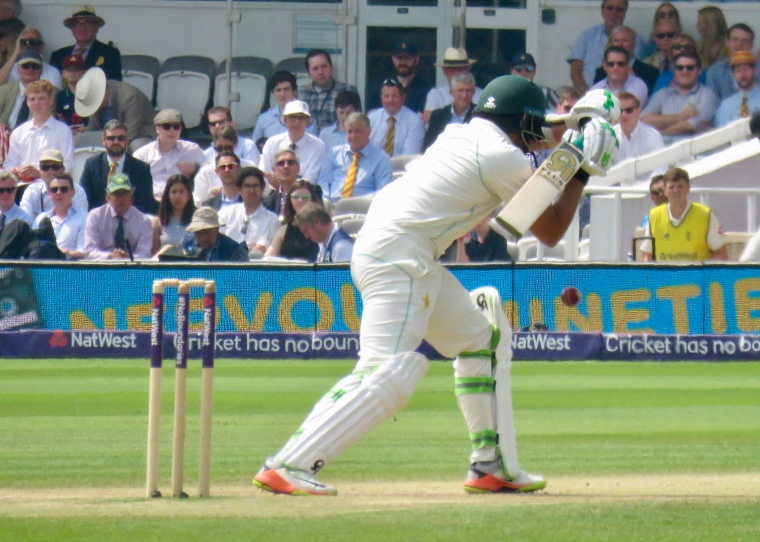 You have to give the England fans their due they were ecstatic when Jimmy Anderson bowled a straight ball to send Azhar’s stumps flying, was it a glimmer of hope?  To anyone who’s watched England in recent years, I’d say no it wasn’t.

Haris Sohail came in at 3 and knocked off 39 of the required runs from 32 balls, including 6 Fours and a Six.  Dom Bess bowled 3.4 overs for 29 runs, which will hurt his average.  Mark Wood went for the, I’m trying to take your head off tactic.  Nothing was going to prevent Pakistan winning this test match.  It took England 25 balls to lose 4 wickets, it took Pakistan 28 balls to score the runs that won it. 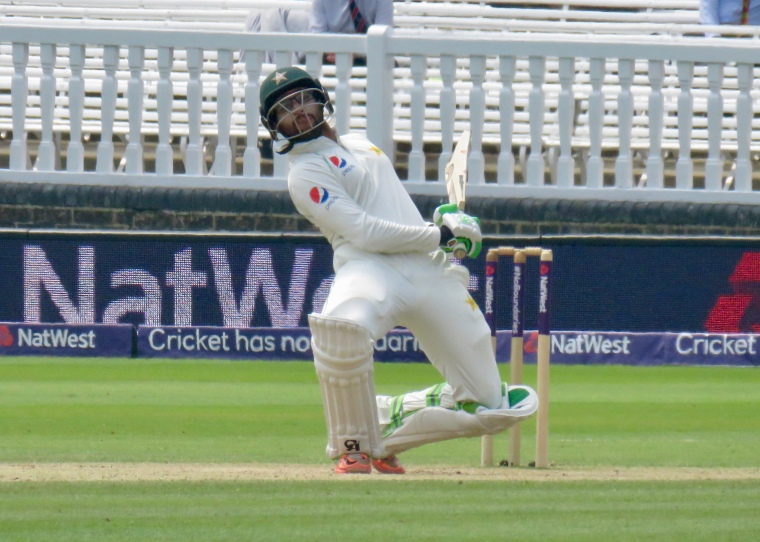 I wrote a post on Facebook earlier and I’m going to repeat it here – Both teams got that they deserved at Lords, an historic win for Pakistan and nothing for England.

Pakistan schooled England in every department over the 2 and a bit days I was at Lords, they played a great game of test cricket and fully deserved their 9 wicket victory.  I met a lovely family who’d been visiting Europe from Houston in Texas, they were thrilled for their team.  Im going to repeat words from Day 1 – Underestimate Pakistan at your peril.  I’ve spent a small fortune on tickets to watch England this summer, I hope I’m not writing too many more articles like the ones from this first test! 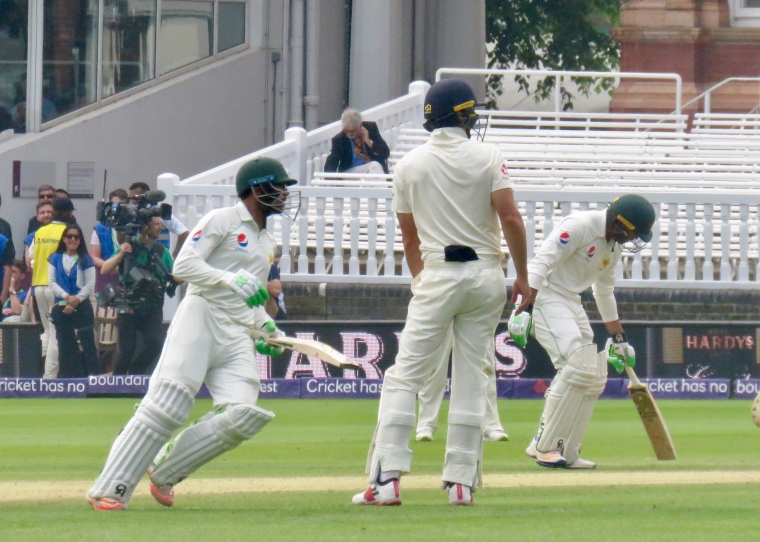 Were there ANY bright spots for England?  Well, Dom Bess is a good fielder and can clearly wield a bat, and his bowling looked ok, Joe Root made runs in the second innings after a howler of a shot in the first.  Alastair Cook looked to be back to his best in the first innings but fell to 2 outstanding balls. And Jos Buttler made me eat a few of my words after Day 1, then showed why I wouldn’t have included him.  And Ben Stokes seemed to care that England were being battered.  But, all in all their report card should read – ‘Must Do Better’