I arrived at The Oval for Day 3 having had a smooth journey, and to find two fellow Essex friends Mike and Mary sat next to me for the day! […]

I arrived at The Oval for Day 3 having had a smooth journey, and to find two fellow Essex friends Mike and Mary sat next to me for the day!  That was a nice surprise!  What was to come during the day was also a nice surprise.

India started the day on 174 for 6, it looked like we wouldn’t be at The Oval for the duration.  However Ravi Jadeja and Hunama Vihari had other plans.  The pair put on 77 valuable runs, for a man on his debut Vihari looked very comfortable, it was hard to see where a wicket was going to come from.  Cue Moeen Ali, he had Vihari caught by Jonny Bairstow for 56.  India were 237 for 7. 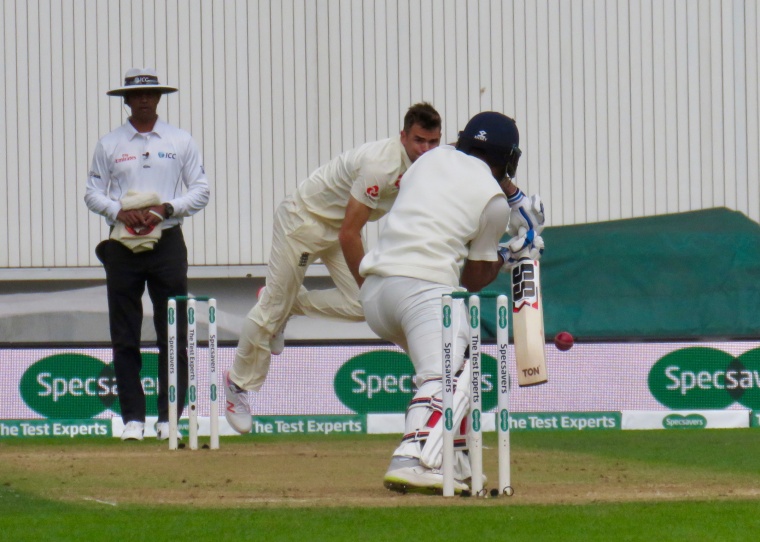 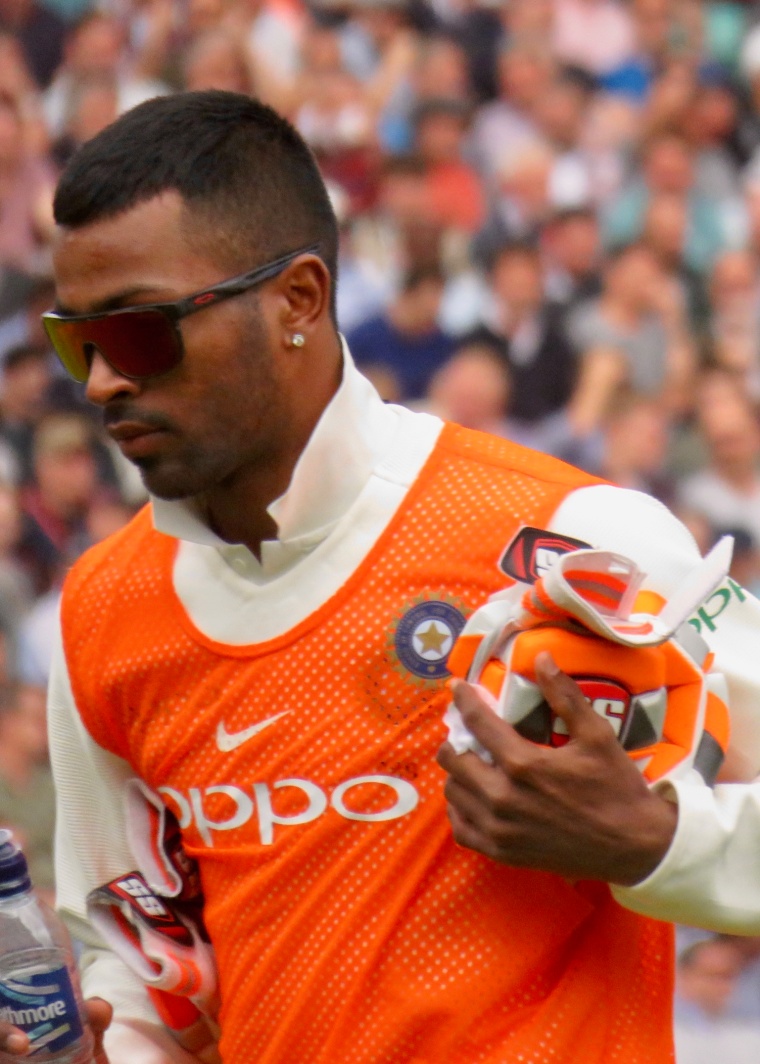 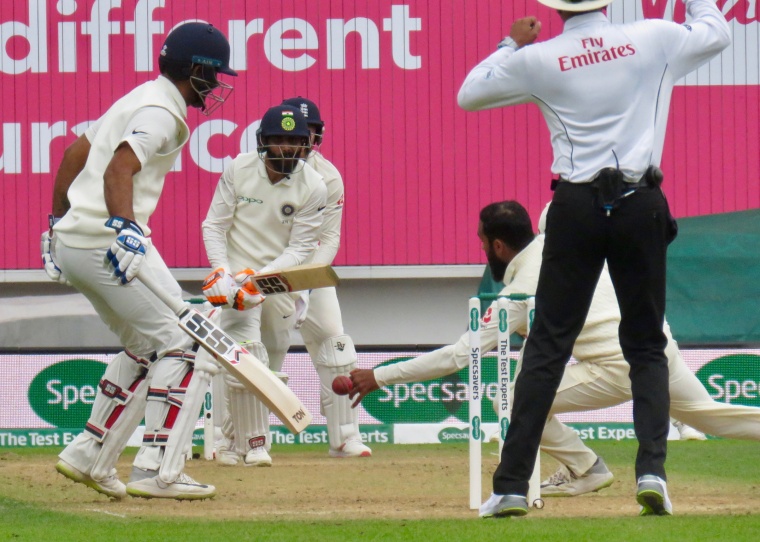 Jadeja now had the bowlers to bat with as he tried to get his team closer to England’s total.  In common with Virat Kohli’s first innings at Edgbaston, Ishant Sharma, Mohammed Shami and Jasprit Bumrah contributed 5 runs in the 55 added for the last 3 wickets.  Sharma was caught by Bairstow from the bowling of Moeen, Shami caught by Broad from the bowling of Rashid and Bumrah was run out.  Jadeja had reached a very impressive 86.  He must have had the Indian management and fans wondering why on earth he hadn’t been picked before this final test.  India finished their innings on 292 all out, a deficit of 40 runs. 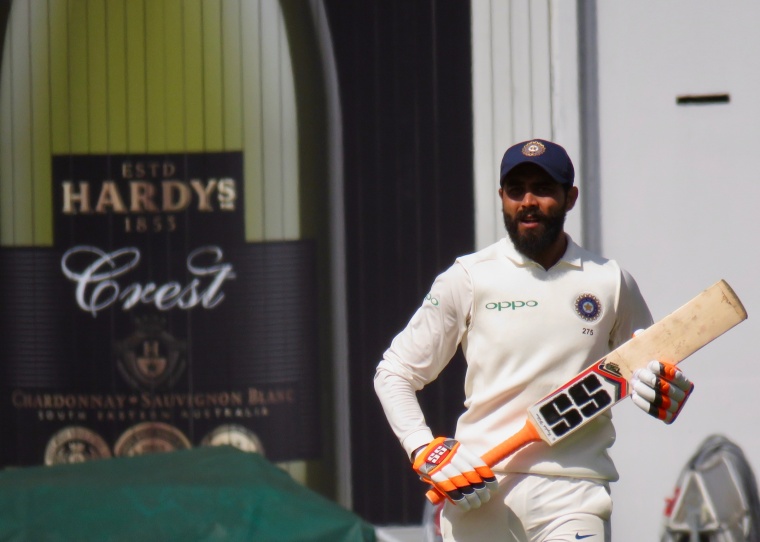 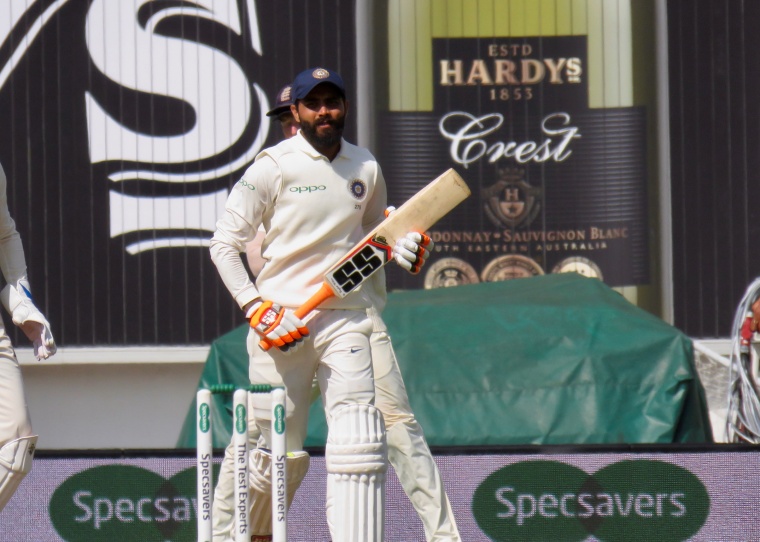 That of course meant another ovation for Alastair Cook, there couldn’t be too many of those!  Would he make the final dream come true, he’d started his international career with a century against India could he book end that with another?

I’m afraid to say Keaton Jennings failed again, he was bowled by Shami for 10, he’d had another pretty awful series for England.  Moeen came in at 3, he batted for just over an hour, scoring 20 runs, but fell victim to Jadeja who’d taken 4 wickets in the first innings.  The scoreline had a familiar feel to it, England were 62 for 2. 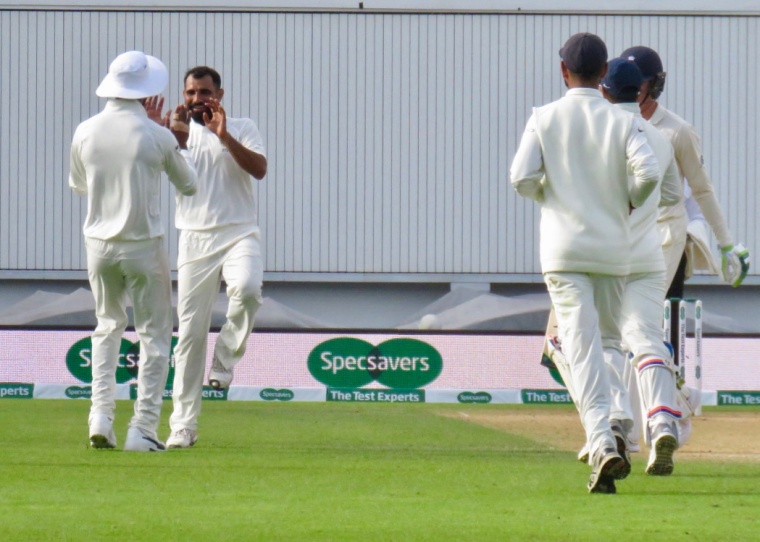 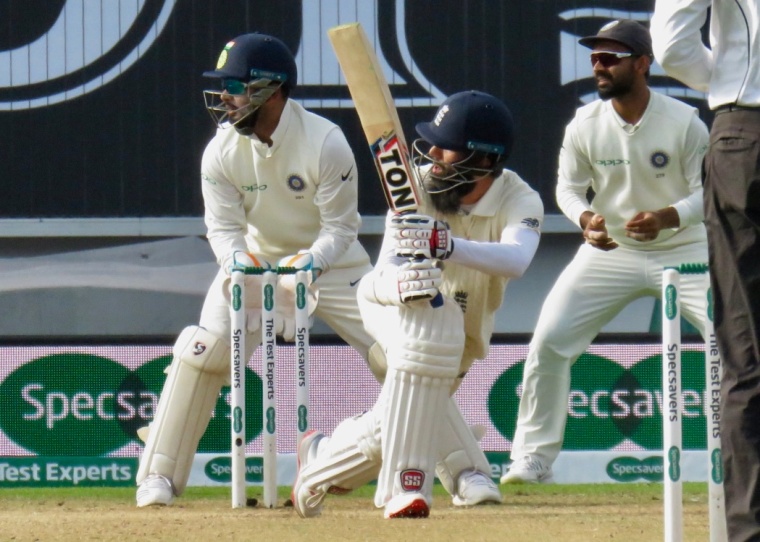 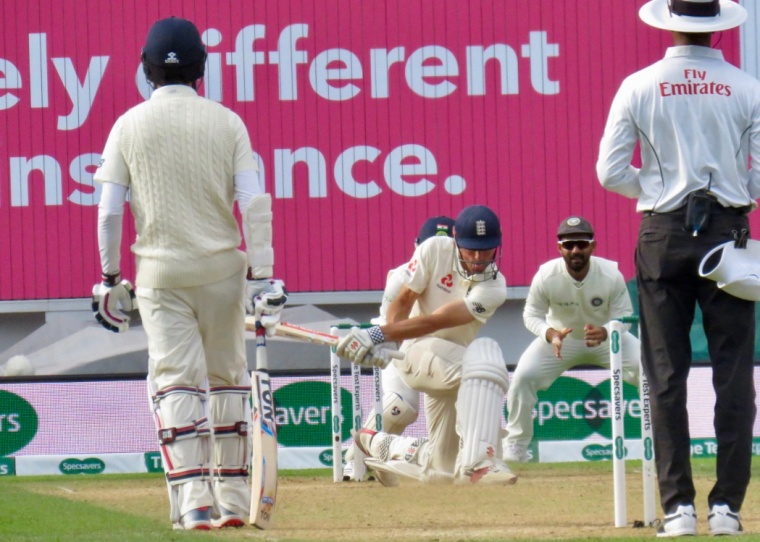 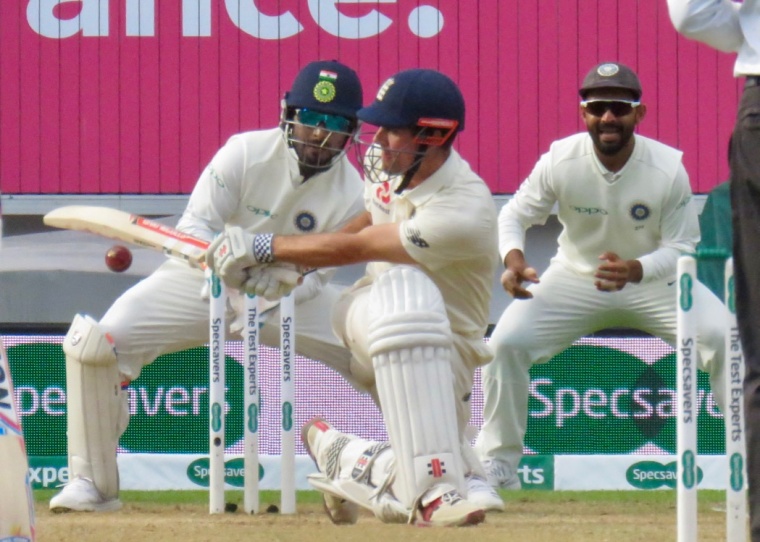 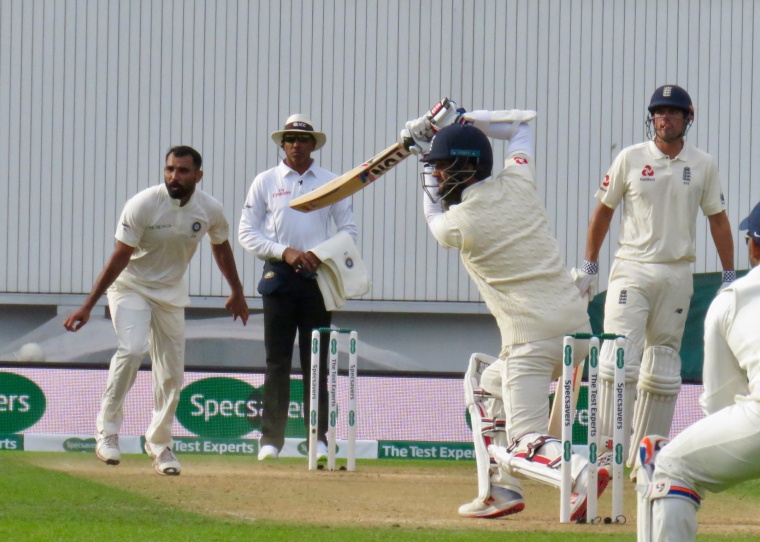 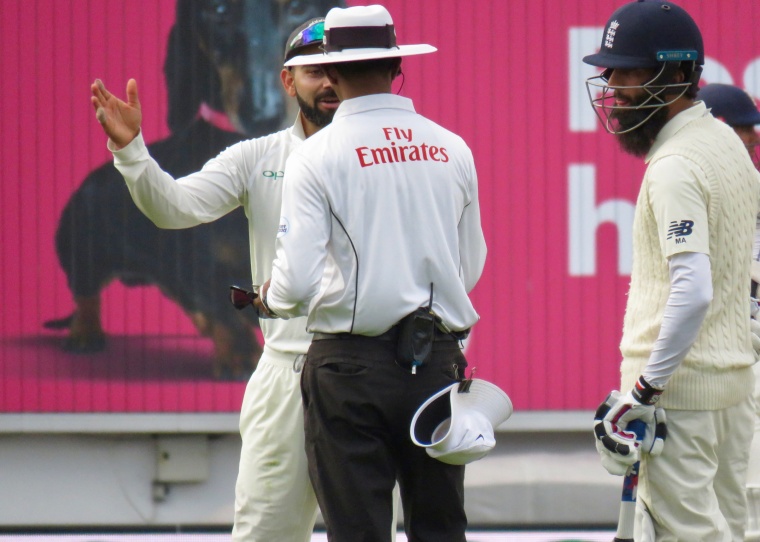 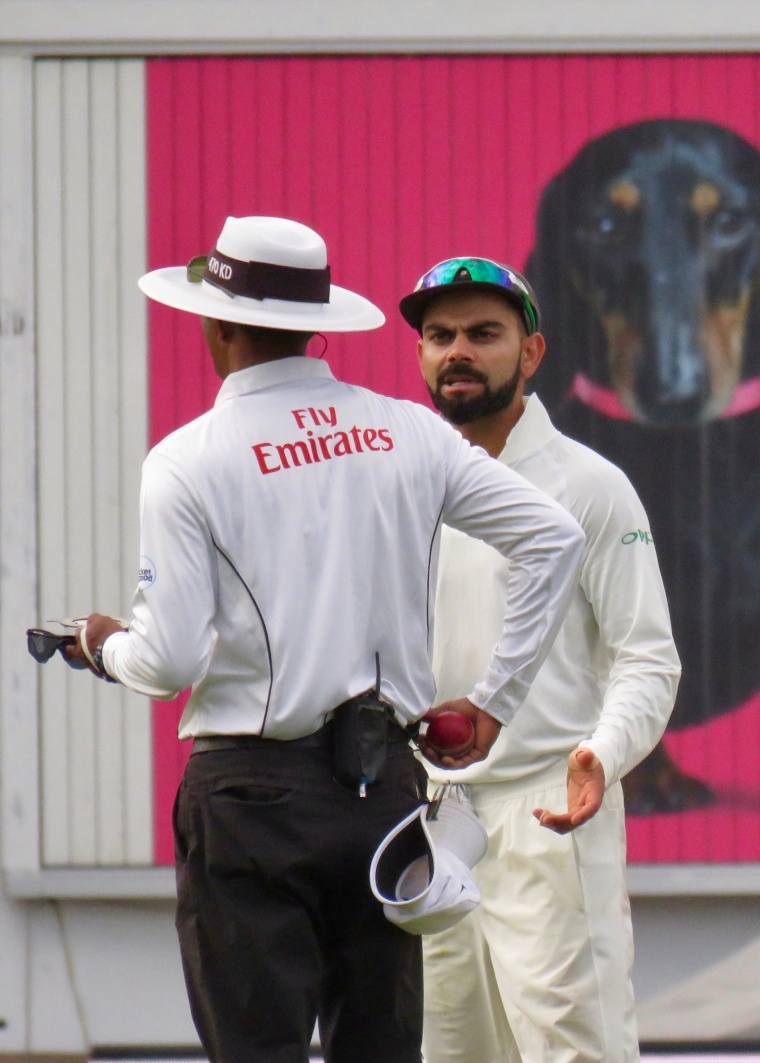 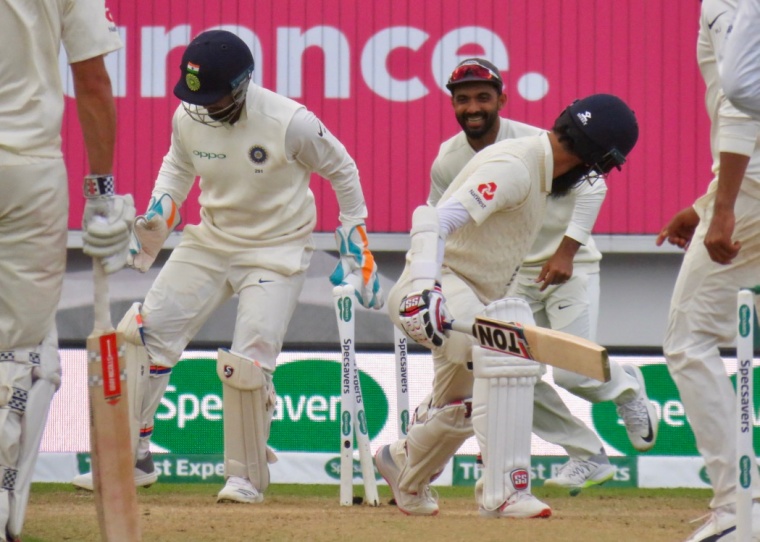 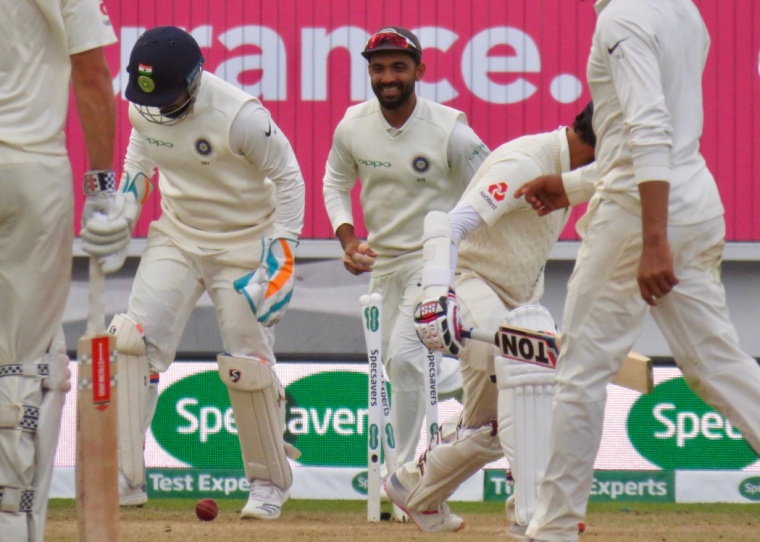 Joe Root, in need of runs himself came in at his preferred option of 4.  The innings ticked along nicely, Cook finished the day on 46, England on 114 for 2.

in editing my photos I’ve remembered that we had a ball change 4 times!  The time wasted in the game was beyond belief on this particular day!  It was crazy!