Time to look back on what was an amazing summer of cricket, I may have to do this in 2 parts, I saw even more live play than I ever […]

Time to look back on what was an amazing summer of cricket, I may have to do this in 2 parts, I saw even more live play than I ever have and witnessed some wonderful performances. I’m going to go through the months to pick out some of the best.

Amazingly a Yorkshire team that contained both Joe Root and Jonny Bairstow were bowled out for 50 runs before lunch on Day 1 of this County Championship match.  The first of the great performances has to be an Essex bowler, Sam Cook only in his second season with the Essex First team took 5 for 28 in 9 overs, including a first ball Duck for Root and the wicket of Bairstow too.  Impressive from the Essex man who was 20 at that time.

Essex made 142 in their first innings but the match was pretty much won by a 19 year old from Yorkshire, Jonny Bairstow made a quick fire 50, but Brook had a wonderful innings, he batted for jus under 4 hours, making 124 runs.  Essex are my team but I had no issues with losing to that kind of innings, he was outstanding!

Another Essex match another century from an opposition player, this time it was Joe Clarke, this match was just before his 22nd birthday.  Clarke batted for 214 minutes, scoring 105 runs, hitting 14 Fours.  His batting was sublime, this time round it wasn’t a match winning innings, Essex won this one by 32 runs.

An Essex century at last!  This was a Royal London One Day Cup match at the very lovely Middlesex outground at Radlett.  Middlesex were all out for 250, Essex made 253 for the loss of only 4 wickets.  Tom Westlet faced 119 balls and made 134 runs, including 17 Fours and a Six. 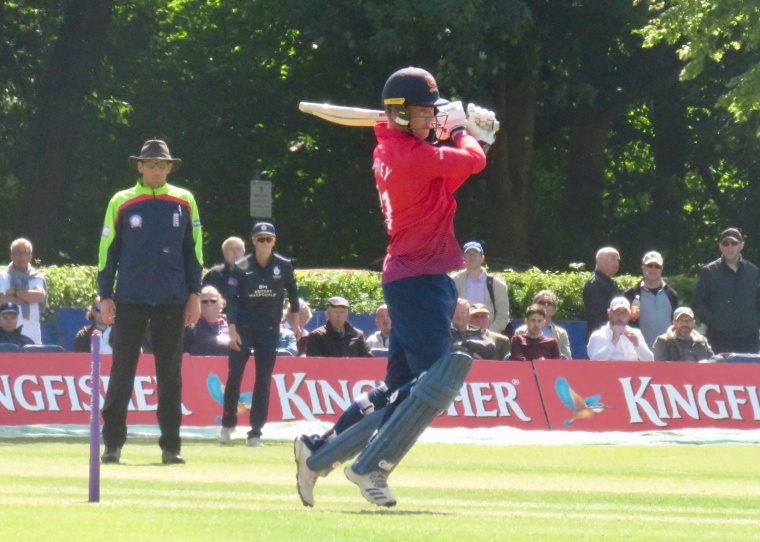 I have a confession to make here, I was both expecting and hoping Pakistan would win the first test of the summer at Lord’s.  As the match went, England were quite frankly woeful and the Pakistan bowlers did their thing and won their team the match.  The reason this features in this piece is because I was invited for Breakfast, Lunch and Afternoon Tea by 2 very kind, fellow cricket fans.  It was a delight from the moment I arrived at the ground until the moment I left. The food was delicious and the company wonderful, it made for a special experience.

I’d written a scathing piece about England’s performance in the first test at Lord’s, including questioning the inclusion of  Jos Buttler, he most certainly set about changing my mind in this second test.  He scored a vital 80 runs from 101 balls hitting 11 Fours and 2 Sixes as he got there.  England made 363 runs and beat Pakistan by an innings and 55 runs. An honourable mention must go to Shadab who made 56 in Pakistan’s first innings. 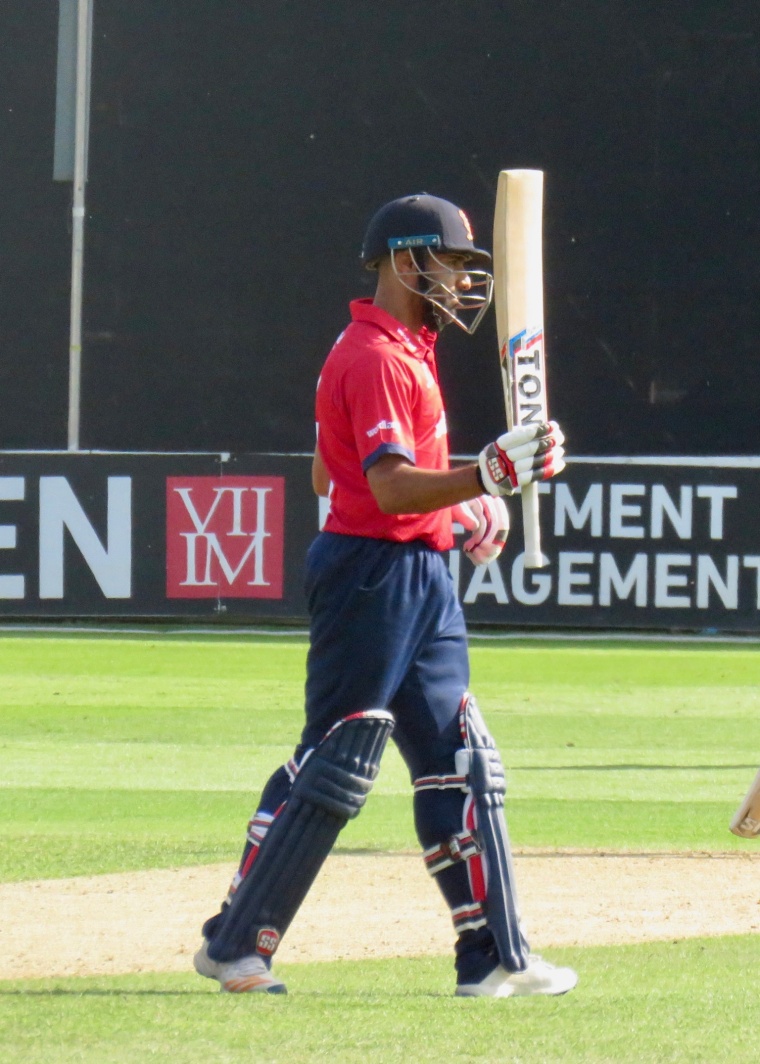 England played Australia in a 5 ODI and 1 T20 Series, there were no stand out performances in the first match I went to at The Oval.

A match of record breaking proportions, how to pick only two performances?  While the England innings of 481 was quite remarkable to witness it rendered the game useless as a competition.  The list of impressive innings includes Jason Roy with 82 from 61 balls and Eoin Morgan with 67 from 30.  But the 2 century makers were the stand out performances Jonny Bairstow made 139 from 92 balls including 15 Fours and 5 Sixes.  Alex Hales batting at his home ground made 147 from the same 92 balls including 16 Fours and 5 Sixes, this was a truly exciting innings!

With 3 of the 5 matches in the one day series lost Australia needed something to cheer, along came captain Aaron Finch and the much maligned Shaun Marsh. finch had an opening partnership with Travis Head of 101, then he and Marsh put on a further 124.  Finch is an incredibly powerful batsman, I saw him score 114 in a T20 in 2017, on this say he reached his century in 106 balls including 6 Fours and 3 Sixes,  Shaun Marsh batted on once Finch was out and made 101 himself from 92 balls, including 5 Fours and 4 Sixes.  They helped their team to 310 for 8. 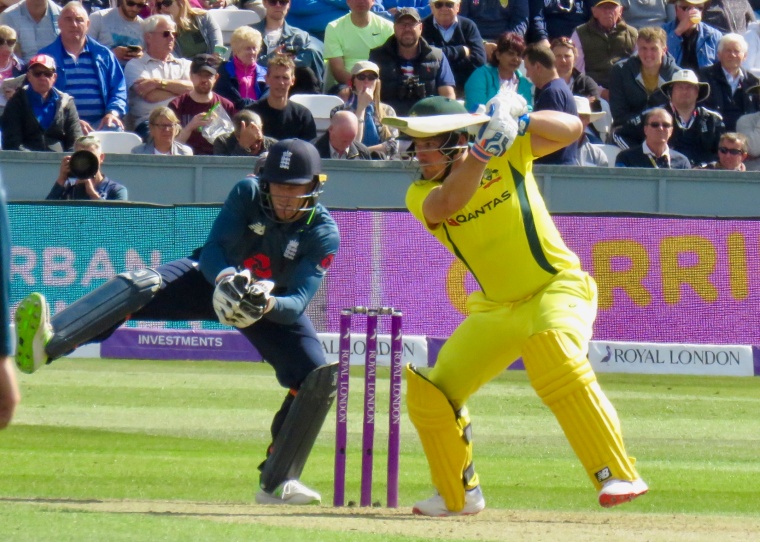 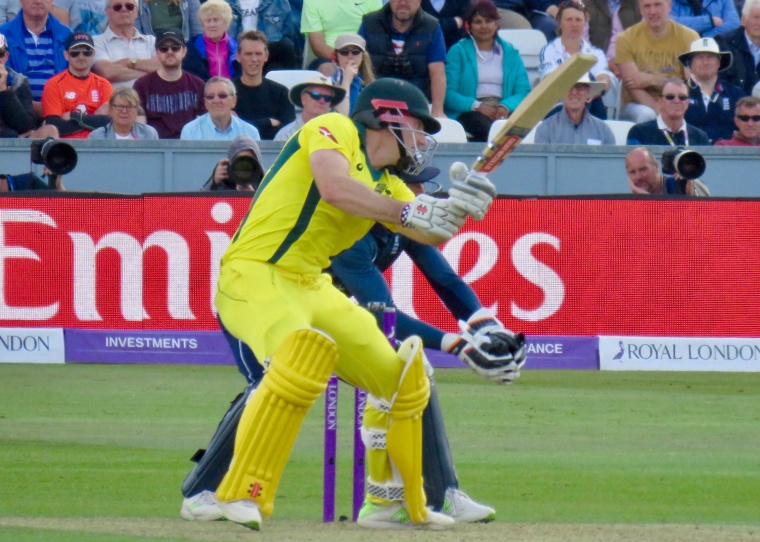 Jason Roy had missed out in a century at Trent Bridge, but he went for it in Durham.  He made 101 from 83 balls including 12 Fours and 2 Sixes. he and Jonny Bairstow had an opening partnership of 174 and England only lost 4 wickets in their successful chase.

The final ODI between these 2 teams saw the closest and the best game, Australia didn’t score big, they made only 205, but they did take English wickets.  England found themselves on 86 for 6, then 114 for 8.  Step forward one of England’s players of the Summer.  Jos Buttler batted for nearly 3 hours, facing 122 balls, he made 110 runs and remained not out.  He was kept company by Adil Rashid as things got tight, who faced 47 balls for 20 runs.  I don’t think I’ve ever cheered so many dot balls! England won by a wicket with 9 balls remaining. 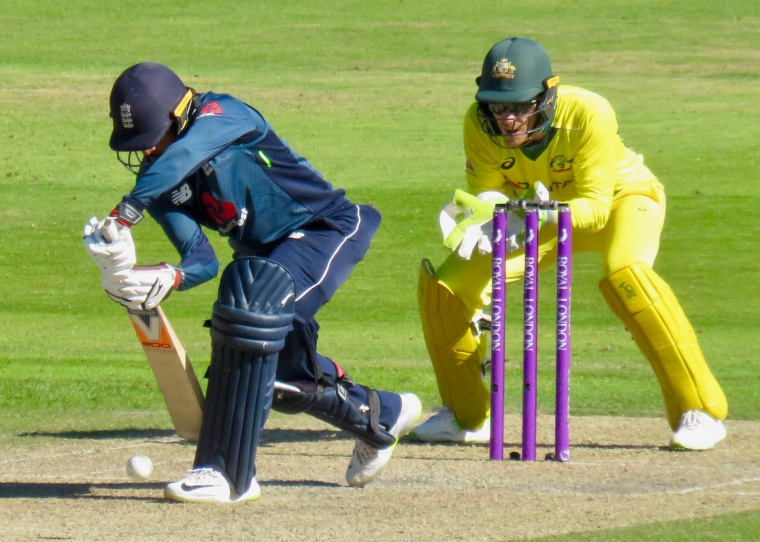 The final match between these two teams was a T20,  a different format, the same result. England made 221 for 5, with Jos Buttler, now an opener top scoring with 61.  Aaron Finch made 84 from 41 balls, hitting 7 Fours and 6 Sixes, but another explosive innings from the captain wasn’t enough to secure his team a victory.  England won by 28 runs. 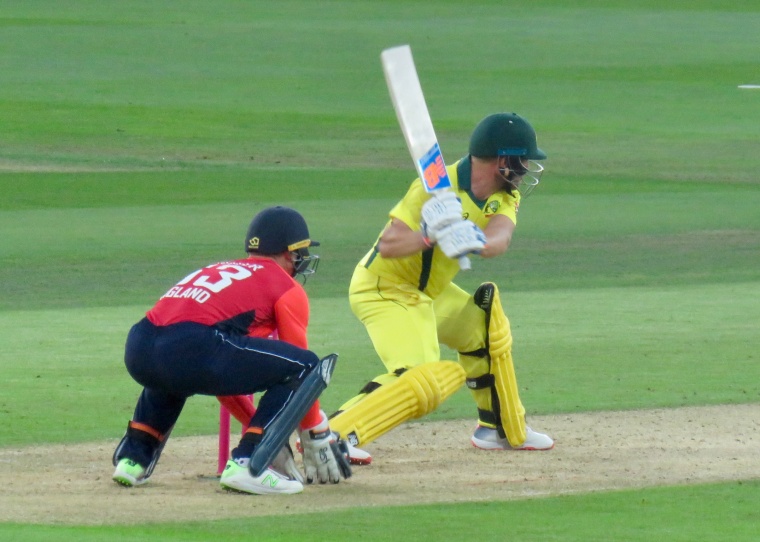 4 players for this Royal London One Day Cup Final, I was there supporting Kent, but hoping Sam Northeast had a good innings.  The latter happened, the former didn’t.  Rossouw was the real start of the show, he scored 125 balls from 114 balls, including 9 Fours and 3 Sixes and was involved in an opening partnership with Top Alsop of 136.  Sam Northeast made 75 from 60 balls.  Hampshire finished on 330 for 7. 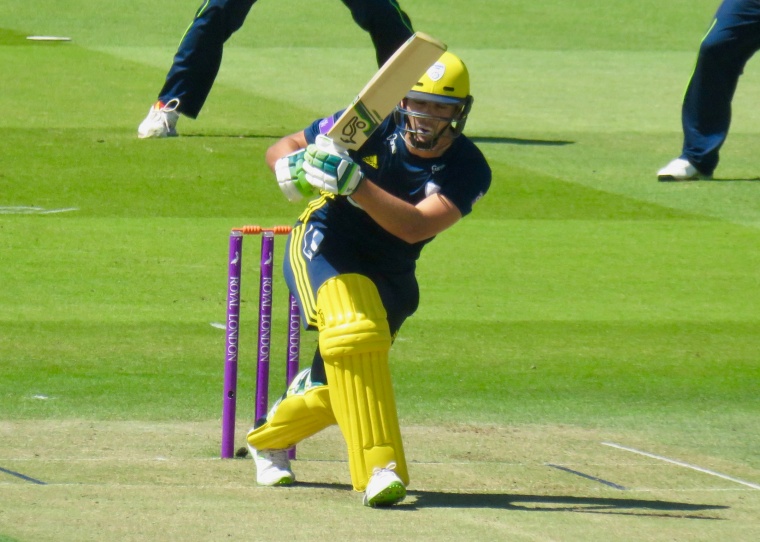 In response Kent made 269, with Daniel Bell-Drummond making 86 and Sam Billings 75.  The Cup travelled back to the South Coast with Hampshire.