Having started the week with lunch with Sir Garfield Sobers (I’m still pinching myself) the cricket theme of my week continued. The joys of having 2 memberships means I’ll have […]

Having started the week with lunch with Sir Garfield Sobers (I’m still pinching myself) the cricket theme of my week continued. 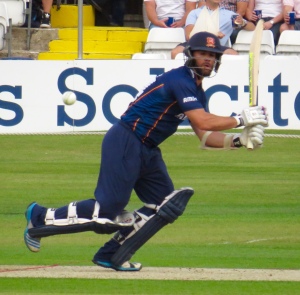 The joys of having 2 memberships means I’ll have cricket galore on top of my Ashes days, being something of a cricket geek that’s a piece of heaven for me! 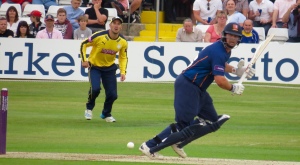 The 1st game of the weekend was a spot of T20 Blast and the visit of Hampshire to the County Ground.  They’ve been something of a bogey team in recent years for Essex, we were all hoping of course their spell of wins would be halted.

I learnt a lesson o Friday – look at the ticket before heading to the ground 2 hours before ‘Play’ – I wanted to say kick off there, but checked the correct term! 🙂  (I do understand it’s like to hurt if they actually kicked off!)

To my disappointment there was no cake on offer, only biscuits, I’m sure the time would have passed better if I’d had cake to accompany my tea! 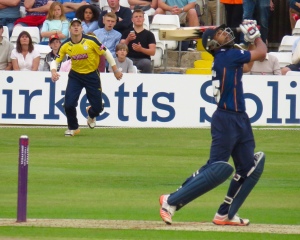 By chance I sat next to a Twitter connection, Jamie – that did mean I had someone interesting to while away the time with, fortunate amongst a ground full of people! 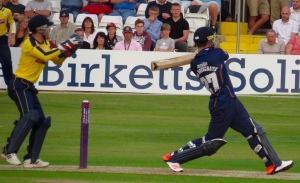 I was joined by my much more sensible friend Tina with another cup of tea in hand.  I realised I’d actually made a school girl error in my choice of seat, I had the umpire blocking my view for half of the match!  How rude!

Hampshire won the toss, as was loudly announced – I’d add another request to cake for Essex, please turn the announcement/tannoy down!  It is great to be able to hear the announcer but not quite as LOUD! 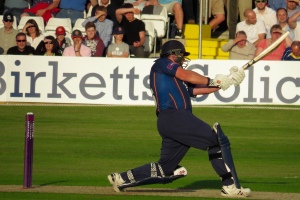 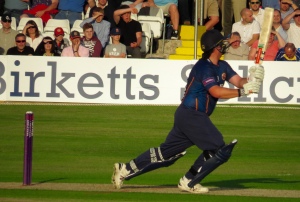 Credit after criticism, I’m very pleased to say Essex listened to the concern about the barely dressed cheerleaders, much better!

And so to the cricket – Mark Pettini and Jessie Ryder opened the batting, and wow they did so in style! 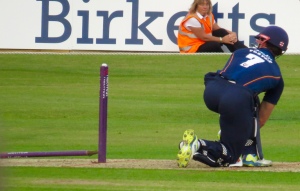 How to describe this?  Let;s start with Pettini – he’s been in great form opening in the T20 matches, playing the fast paced, exciting cricket needed in this format. 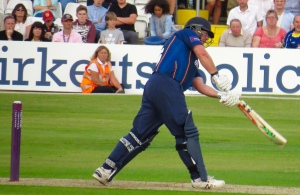 And he made no exception – scoring a highly entertaining 74 runs in 40 minutes, including nine 4’s and three 6’s – shout out loud exciting cricket (good job it’s allowed at T20!).  Jesse Ryder was going along well at the other end.

Pettini was caught by  a superb effort from Gareth Berg off the bowling of Will Smith.  Ravi Bopara joined Ryder at the crease, but in common with those filling him – not for long!  He was out for 3, caught by James Vince from the bowling of Danny Briggs. 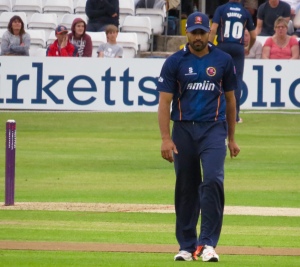 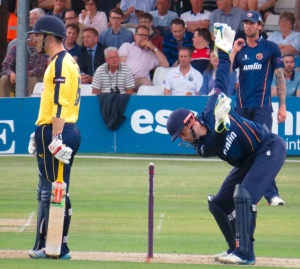 That’s the tale of the batsmen outside the openers – the big tale of the innings on top of a great start by Pettini was Jessie Ryder.  He showed the near capacity crowd just what he’s capable of!

He scored a thrilling 107 runs from a mere 55 balls – that run count included eight 4’s and eight 6’s – it was a joy to behold!  Tom Westley saw the final few balls out adding 2 runs.  Essex Eagles finished on a huge 212!

I imagine Hampshire regretted the decision to put Essex in to bat to say the least!  I’m not going to linger on the response by the visitors.  That old saying – they were up for it – certainly applied to Essex.  They were great all over the field! 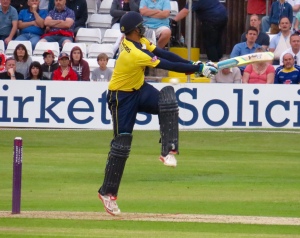 Hampshire were on 21 for 3 before 3 overs were bowled – with the big scalp of Michael Carberry included.  Hampshire offered scant resistance and were all out for 134 with 9 balls remaining.  The wickets were shared out, with Reece Topley and Ravi Bopara taking 3 apiece and David Masters and Shaun Tait 2 each. 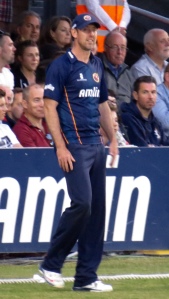 Jessie Ryder was rightly awarded Man of the Match but the win really was a team effort – Essex got the monkey off their back that is Hampshire.  A thoroughly enjoyable evening! 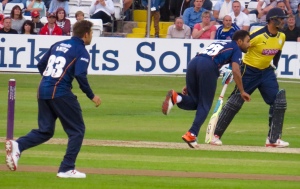 One of the joys of watching sport in my home town is a quick journey home – they’re far and few between.  Next up – a wholly different form of the game! 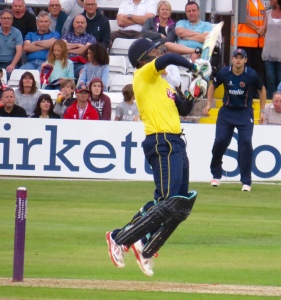 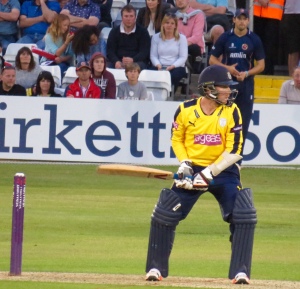