After an evening watching women’s international cricket it was back to the men’s game.  Essex faced the might of Yorkshire in their Royal London home quarter final.  Yorkshire’s batting featured […]

After an evening watching women’s international cricket it was back to the men’s game.  Essex faced the might of Yorkshire in their Royal London home quarter final.  Yorkshire’s batting featured Adam Lyth, Jonny Bairstow and Gary Ballance amongst others, one thing to be thankful for was that Joe Root hadn’t been included. 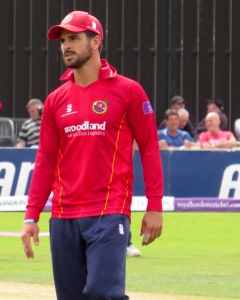 With uncertain weather Ryan ten Doeschate put the visitors in to bat after winning the toss.  Adam Lyth and Alex Lees opened the batting.  I’d seen Lyth fail all summer and, sorry Adam, but I hoped I’d see the same again.  Politically incorrect I know, but I am an Essex fan!

It was Lees who lost his wicket first edging a Reece Topley ball to James Foster; he’d made 18 and Yorkshire were 33 for 1.  Jack Leaning joined Lyth and set about building a decent total.  Lyth was bowled by Jamie Porter having made 36, an improvement on his England performances. 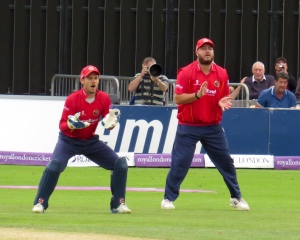 Jonny Bairstow was next in, and next out; another James Foster catch, this time from the bowling of Jessie Ryder he fell for 19.  Yorkshire had lost 3 wickets for 96 wickets.  That felt very positive as far as Essex were concerned. 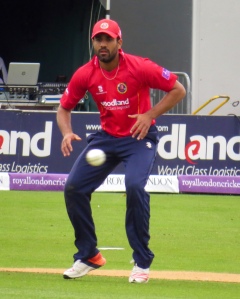 One England batsman was followed by another, albeit a displaced batsman, Gary Ballance.  Leaning and Ballance settled in well together putting on 67 runs before James Foster took his 3rd catch from his 3rd bowler! Ravi Bopara was the man at the other end this time, Ballance the batsman – he’d made a very useful 32. 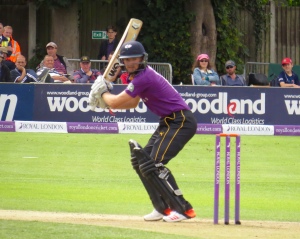 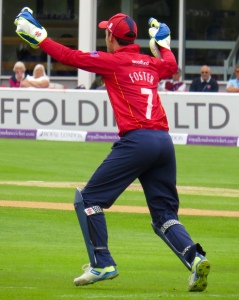 Yorkshire at 163 for 4 were well placed but a combination of good bowling and fine fielding by Aron Nijjar who took 3 great catches saw a mini collapse to stand at 202 for 9.  That felt like an innings largely done and dusted – I should mention that Jack Leaning had made 72 before falling victim to a Nijjar catch. 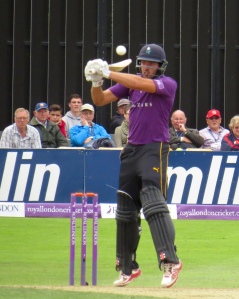 Step in one Liam Plunkett – I’m always quite surprised that bowlers so often can’t bat, however this one certainly could!  Plunkett hit 49 runs from 32 balls, including three 4’s and three huge 6’s!  Jamie Porter took the brunt as the bowler, Essex had no answer to him!  Yorkshire finished on a very creditable 252 for 9 from their 50 overs.

Essex had a much higher hill to climb than they’d have expected having taken 9 wickets.  Mark Pettini and Nick Browne came to the wicket.  Pettini had been having a good season in the limited overs game, however his wicket (literally) fell when he’d made a mere 2.  It has to count as one of the most bizarre wickets I’ve seen this season! Browne hit the ball straight and in trying to stop it, Tim Bresnan got a hand on the ball as it hit the stumps.  Pettini was out of his crease, therefore run out! 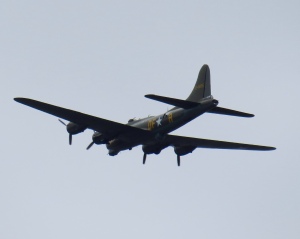 Essex were 3 for 1 – not the best of starts!  Tom Westley came in to join Browne and the pair gave something of a masterclass in batting taking the score to 95 before that man Liam Plunkett bowled Westley.  It does interest me that more wickets seem to be taken with the white ball by that old fashioned method of sending the bails flying, than in Test cricket.

Plunkett turned catcher 3 balls later as he caught Browne from the bowling of Adil Rashid, Essex were 95 for 3.  Essex aren’t short of decent batsmen themselves and Ravi Bopara and Jesse Ryder took the mantle.  Plunkett made short work of both men, with Ryder being bowled for 3 and Bopara reaching 17 before Jonny Barstow caught him – yep, from the bowling of Plunkett. 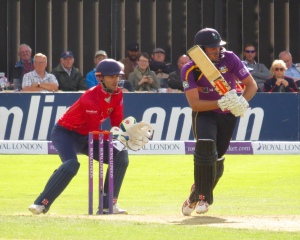 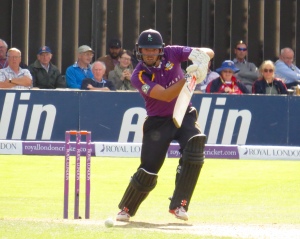 Ryan ten Doeschate had joined Bopara, he played a captain’s innings with James Foster as company, the two put on an entertaining 60 runs before Foster was caught by Jack Leaning from the bowling of Will Rhodes.

At 189 for 6 that hill got a bit higher, Aron Nijjar was next to the crease, I’ve only had glimpses of Nijjar but he’s looked like a very good young prospect – he was certainly very calm under the 3 catches he took.

Having had a great innings ten Doeschate with 52 to his name went for a big hit, Tim Bresnan caught the ball, Will Rhodes had another wicket to his name.  I think if the Essex captain could’ve kicked himself in the middle of the pitch he would’ve done so, his teams hopes of a semi-final place looked to be disappearing, the score stood on 206 for 7. 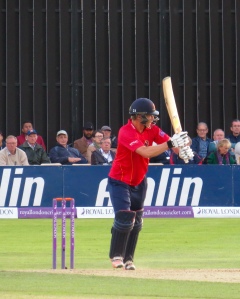 With 3 bowlers of the more traditional variety to follow, Essex made another 25 runs for the last 3 wickets, with Nijjar making 21 before his wicket fell.  The total of 232 falling 20 short of that set by Yorkshire, they move on to the semi-final to try to book their place in the final at Lords.

I’m fully an Essex Cricket fan and clearly this was a loss for my team, but I thoroughly enjoyed the cricket on show, a disappointing end to the evening, but if I’m honest I’d have taken a 20 run loss with the Yorkshire batting line up.  Although it was a bowler who made the difference all round in the form of Liam Plunkett.

I again had a bit of a camera fail as the evening progressed – bad light stopped play if you like!