Game 5 took me to Wembley Stadium on a glorious Sunday afternoon.  Having had a lovely leisurely morning with Steve and Claire it wasn’t far to drive to Stanmore Station, […]

Game 5 took me to Wembley Stadium on a glorious Sunday afternoon.  Having had a lovely leisurely morning with Steve and Claire it wasn’t far to drive to Stanmore Station, again lots of people had the same idea, but unlike Challenge Cup day I managed to find one of the last spaces.

Wembley Way is always a sight to behold on game day and it was a sea of green for this one – the Irish had brought fans by thousands!  I’d arrived early so went for a Hot Chocolate (and cake of course) in Costa, managed to get a seat too!

I saw Ireland play 3 times in the 6 Nations this year, they haven’t had too much attention so far in this World Cup, but it’s worth remembering that they’re the current 6 Nations Champions. 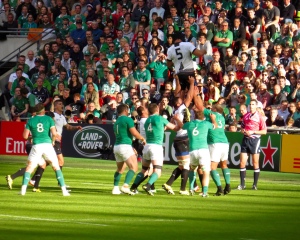 This was another Saracens watch match, this time it was Catalin Fercu playing Fullback for Romania, he was likely to have a tough job on his hands.

This is going to be a brief account as for some reason this match felt a bit flat in spite of a convincing scoreline for the Irish.  Both wing men Keith Earls (a real favourite of mine) and Tommy Bowe scored 2 tries each in a tally of 6 for Ireland.

All 6 of the tries were well received by the largely Irish crowd, this is a team that is full of men who are revered by their countrymen. 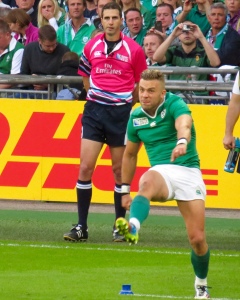 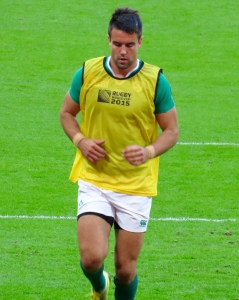 One of the biggest cheers of the day was for the try scored by Ovidiu Tonita for Romania – it was great to see so many in green shirts applaud Romania’s efforts; it shows the true nature of this World Cup and this game of rugby.  The score finished on Ireland 44 Romania 10. 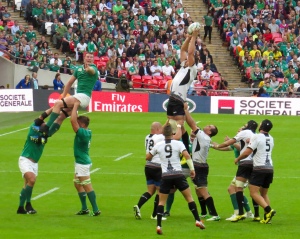 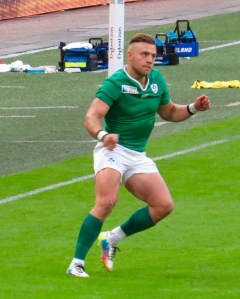 I am going to have a bah humbug moan about the Mexican Wave that worked its way around the record breaking crowd of 89.267, I just can’t help myself it makes me grrrrr every time! 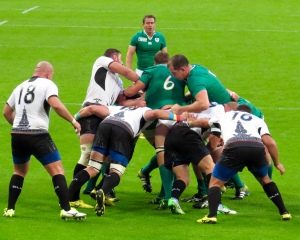 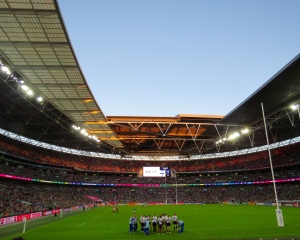