The County Championship is here!

And so the cricket season has arrived! How to write about it is the question – I have a feeling I’ll make the rules up as I go along.  In the case of this match I had virtually a full day at the ground for Day 2, an afternoon for Day 3 and the hour needed to see a result on Day 4.  With that in mind I think Day 2 and its’ many photos gets its own piece and Day 3 & 4 will combine. 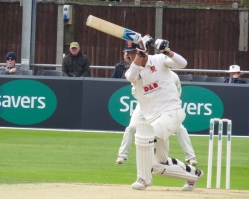 A quick precis of Day 1 before I move on to the times I attended: 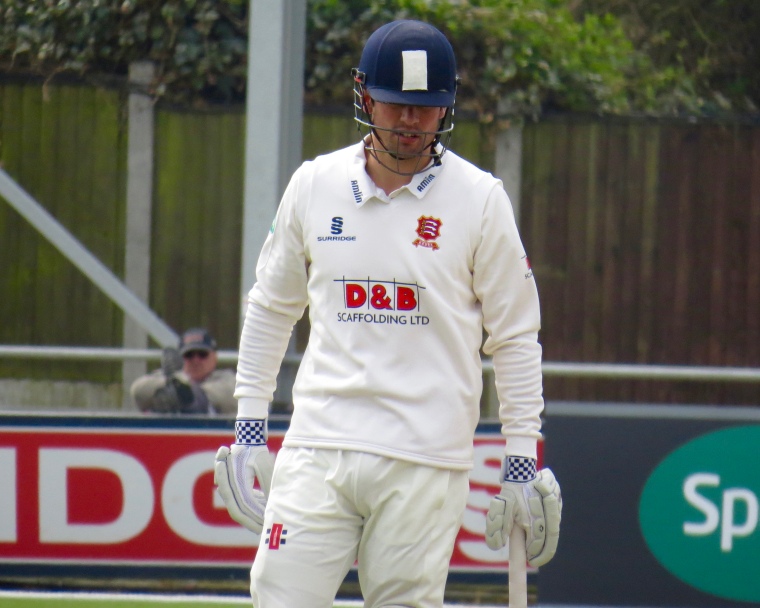 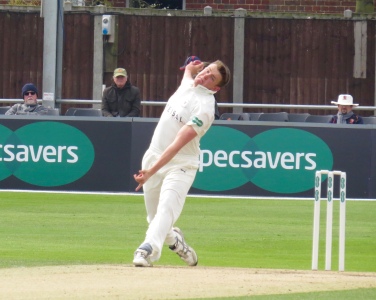 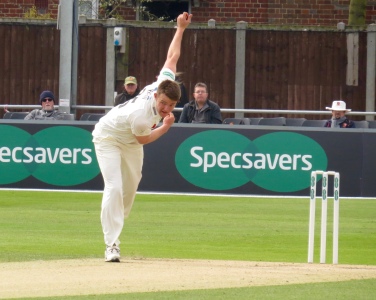 There is a small but significant difference on the first morning of all fixtures in both divisions of the County Championship. Before the toss, the visiting captain will be offered the opportunity of bowling first.  If he declines, the toss will take place as normal. But if he accepts, there will be no toss.  In this case Gareth Roderick didn’t want to bowl, the toss happened and he won, giving Gloucestershire the chance to bat first. 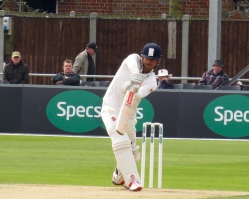 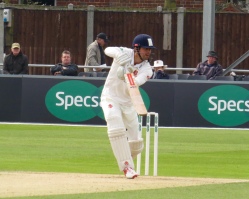 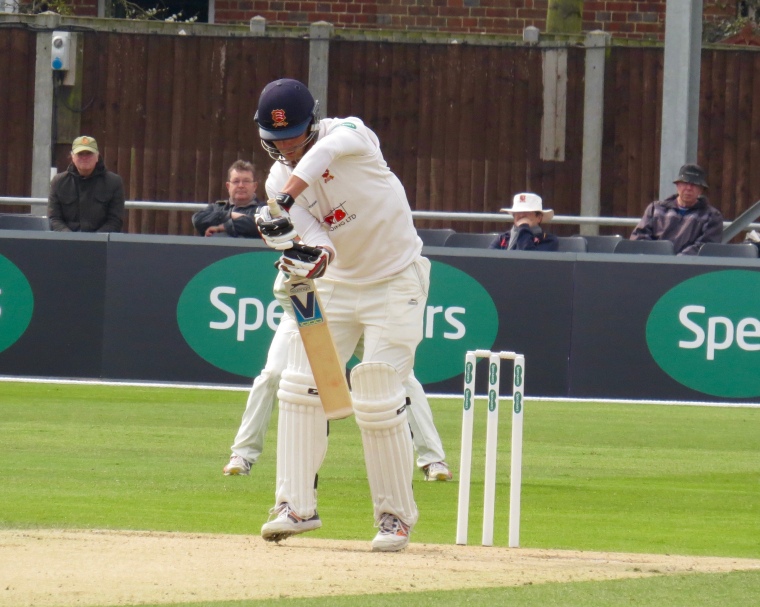 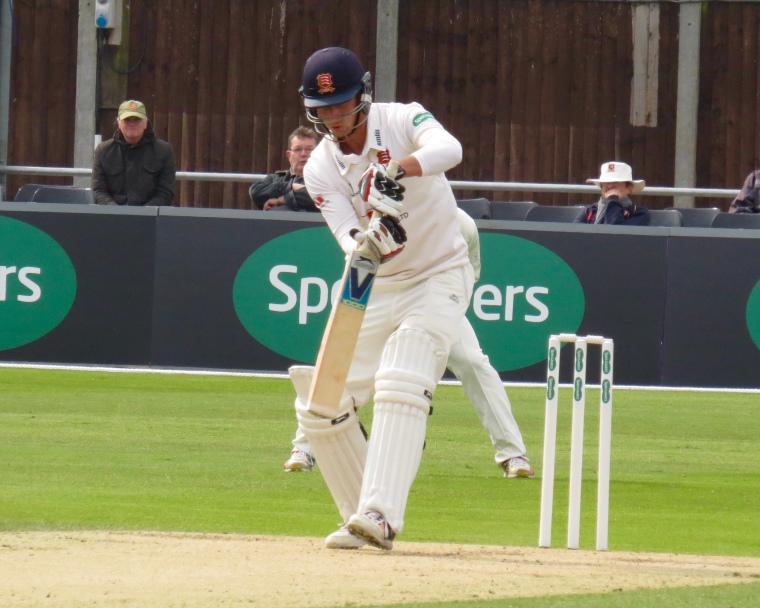 Gloucestershire were All Out for 262 with Roderick himself making 88, Hamish Marshall 51 and Jack Taylor 39.  As far as the bowlers were concerned Jamie Porter took 4 for 59 and Graham Napier 3 for 57 with Matt Dixon taking 2 and Jesse Ryder 1.

Essex had some overs to face before the day was done and Nick Browne and Alastair Cook opened the batting.  Browne was on his way back to the pavilion after facing a mere 4 balls – out LBW to Liam Norwell; not the best of starts!  Tom Westley joined Cook and the pair went in at the close of play on 19 and 17 respectively. 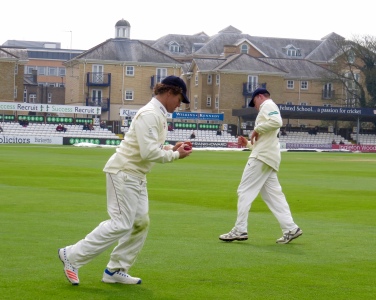 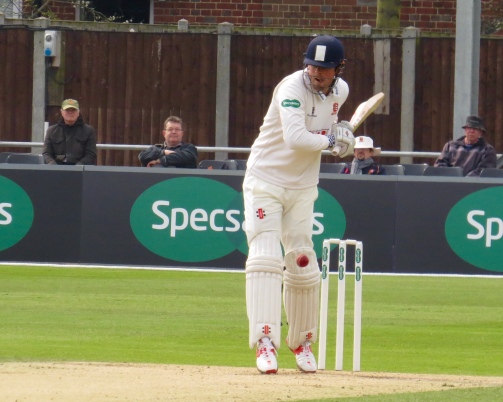 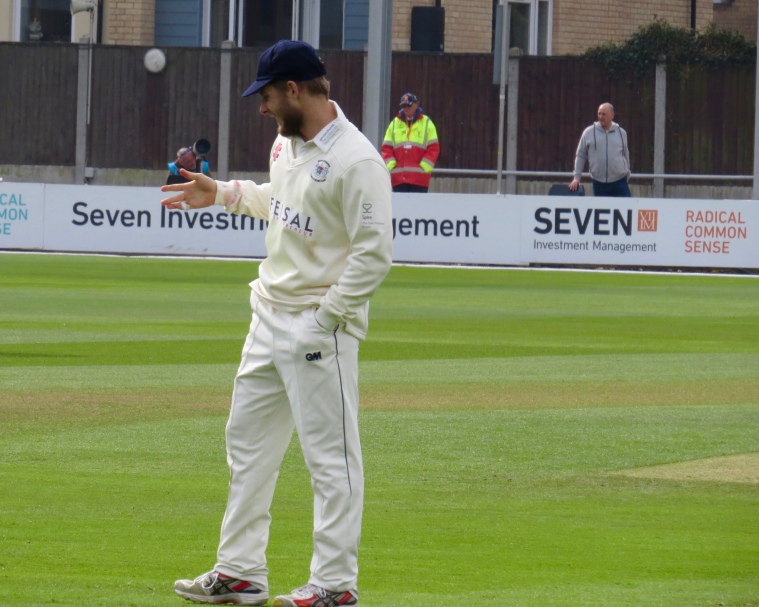 And so Day 2 and my first chance to watch and photograph County Cricket.  I’m going to make no apologies for the number of photos of Alastair Cook and Tom Westley here – I was lucky enough to be at the County Ground on a day they both scored centuries! 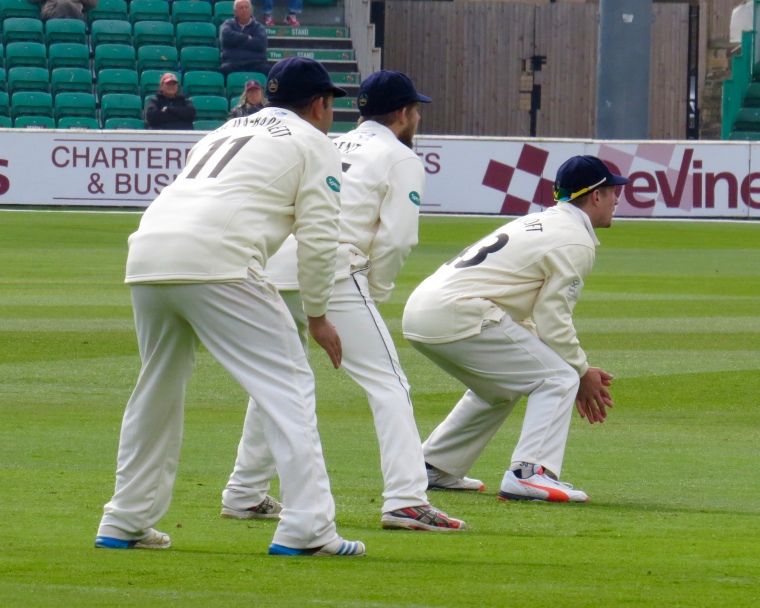 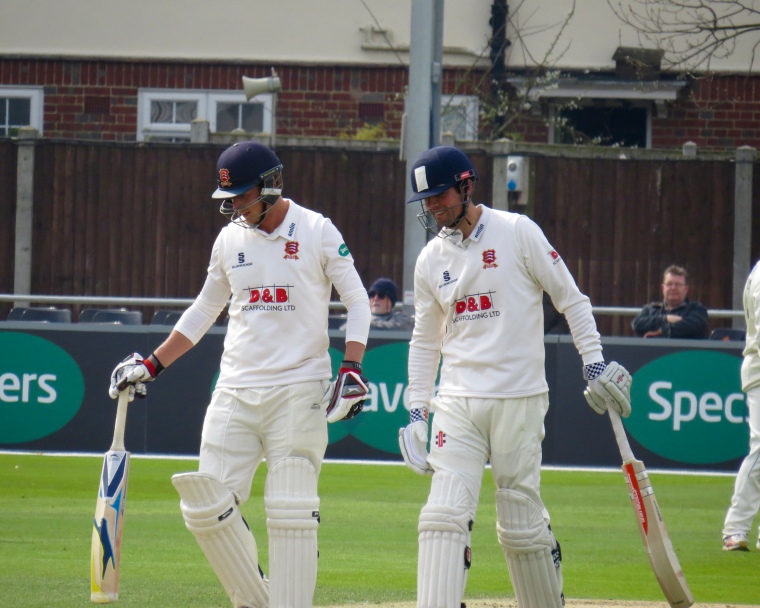 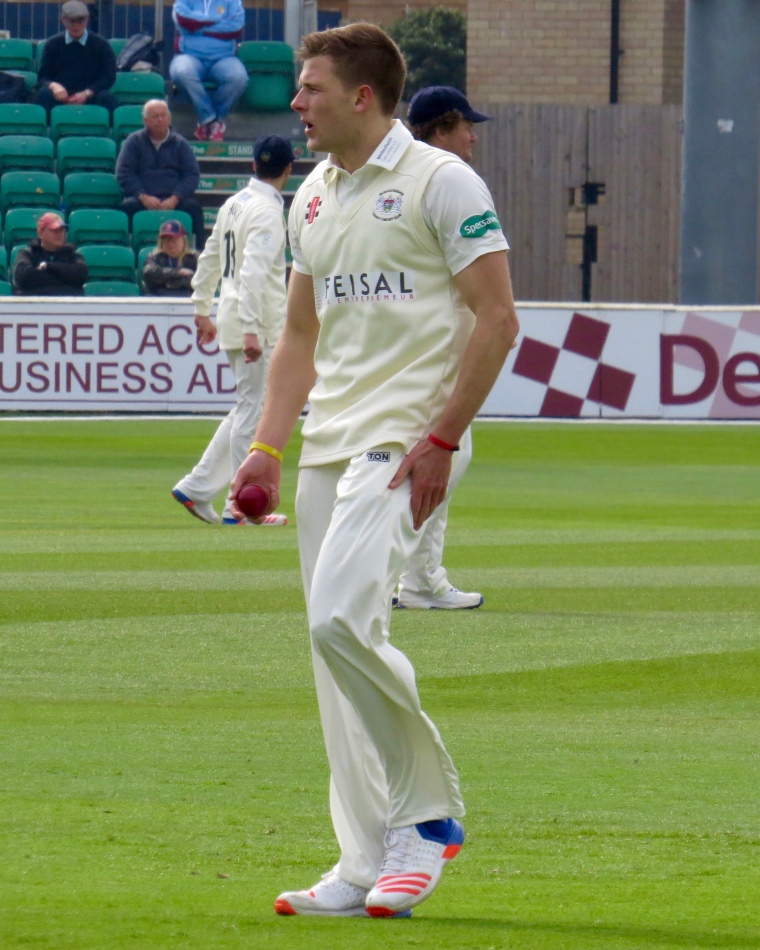 As is my usual way I moved around, I confess I can never quite understand those that choose to find a seat at mid wicket and stay there.  My favoured spot is behind the bolwers arm I think you can see so much more of what’s going on. 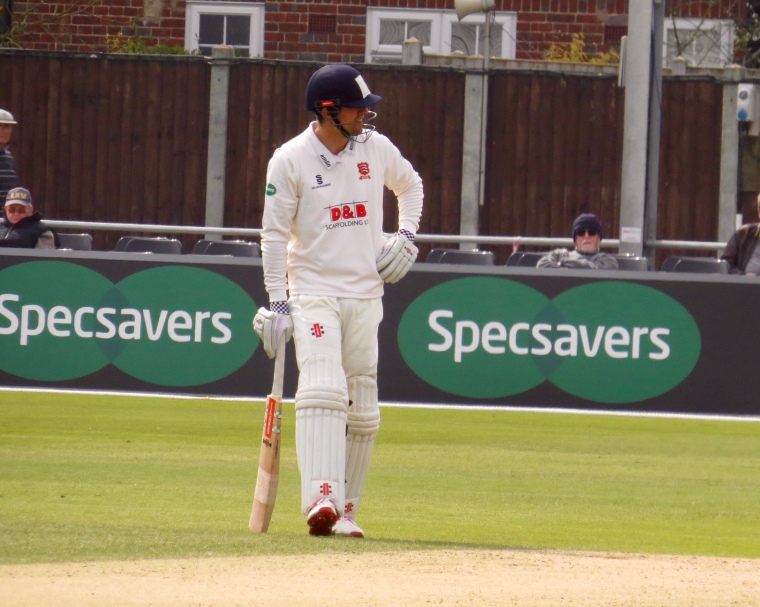 Cook and Westley batted well together – I asked Tom if it was a helpful thing to be batting with the England captain and he voiced his thoughts that he’s a calmning influence. 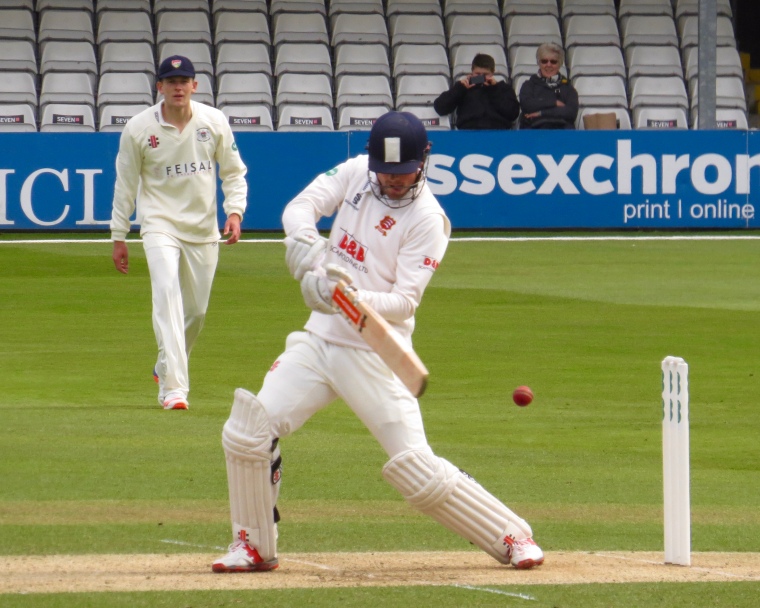 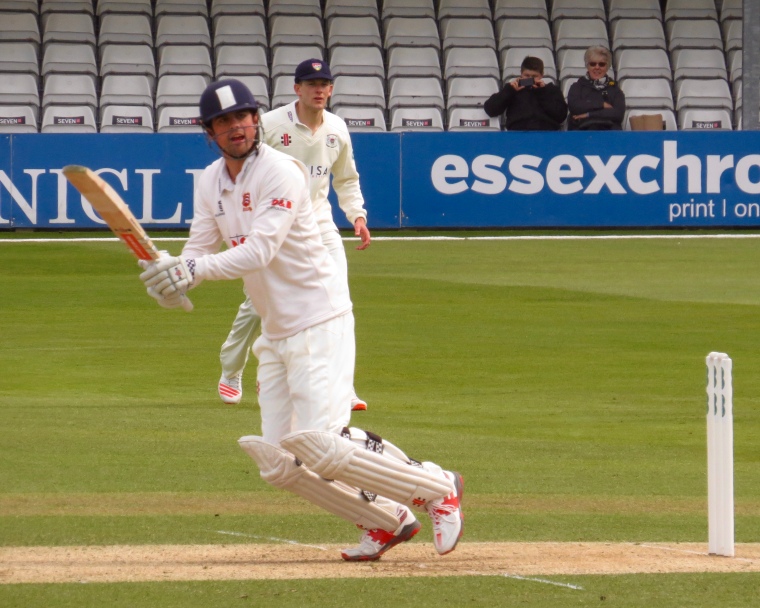 Cook faced 187 balls for his eventual 105 taking a total of 249 minutes to get there. Westley scored 121 runs in 282 having faced 244 balls.  It was a complete pleasure to see them both hit the heights! 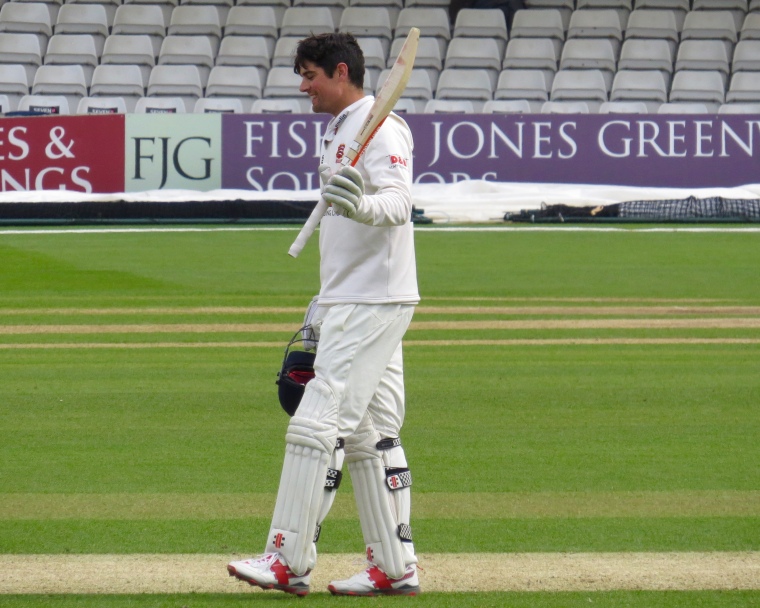 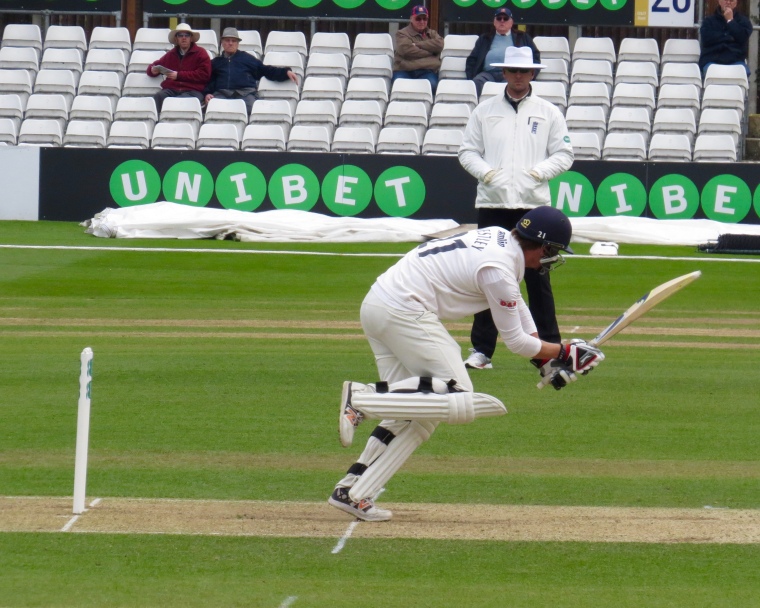 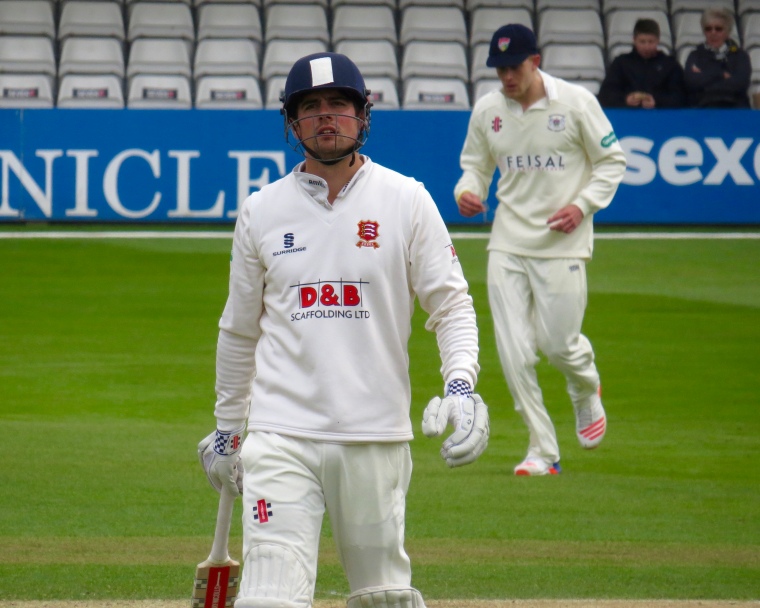 A Physio appointment stopped my play for the day, which meant I wasn’t there to see a mini batting collpase.  Three wickets fell in the space of 18 deliveries for just ten runs!  I can’t say I was disappointed to miss that! 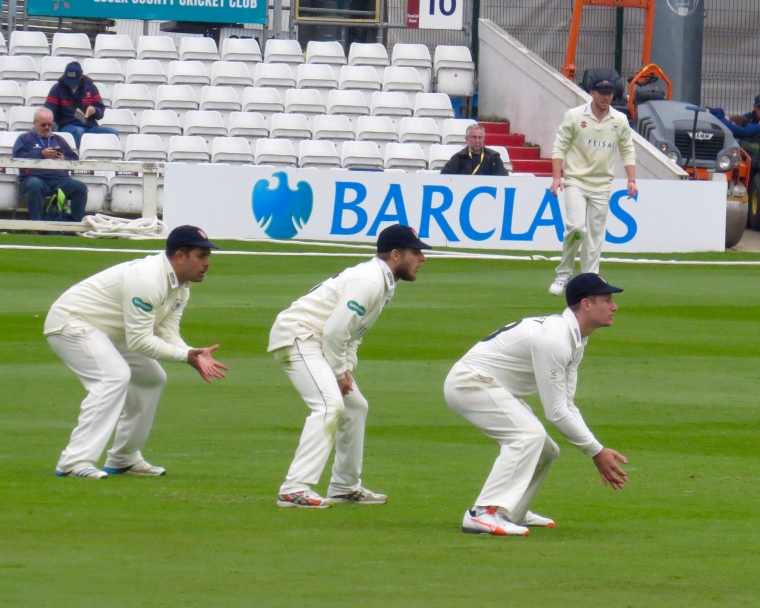 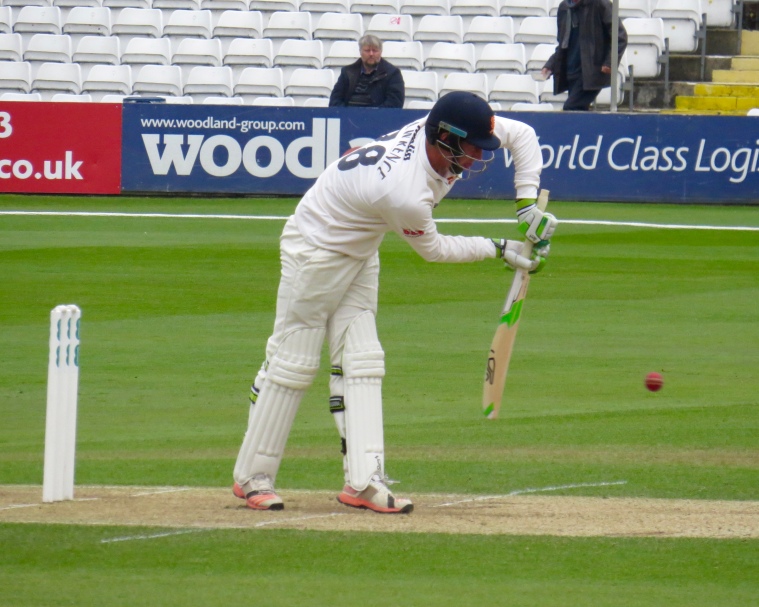 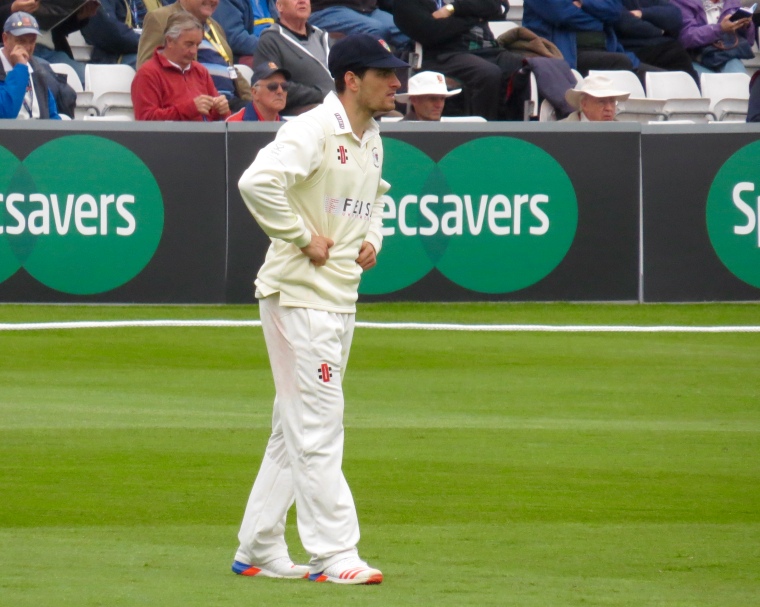 After what had been a glorious day at times rain stopped play before the visitors could take more wickets! 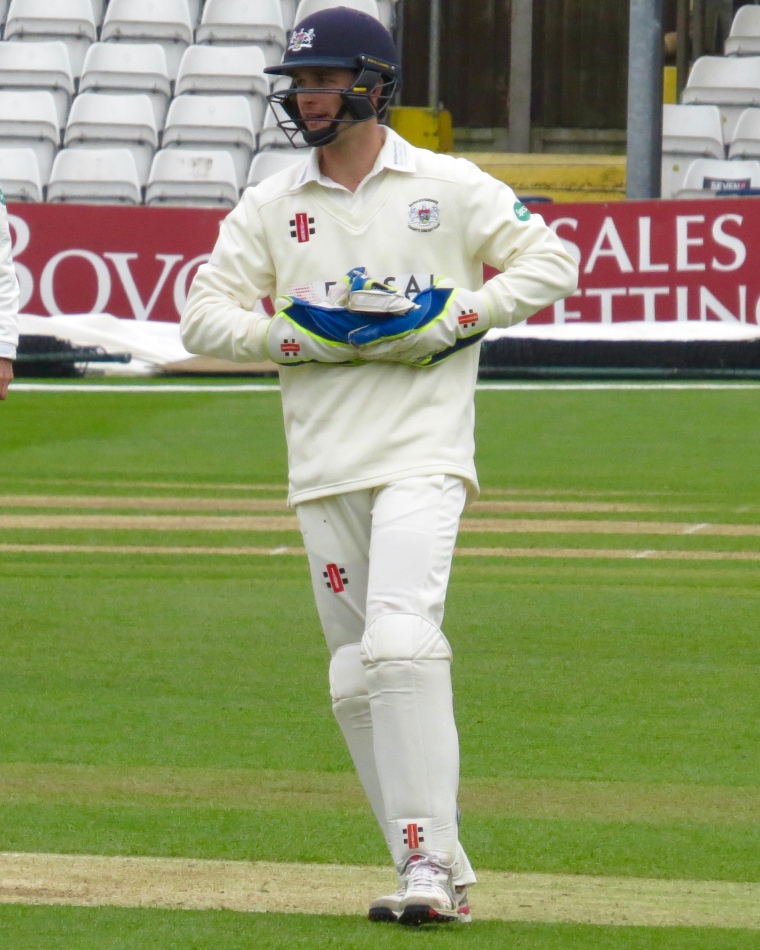 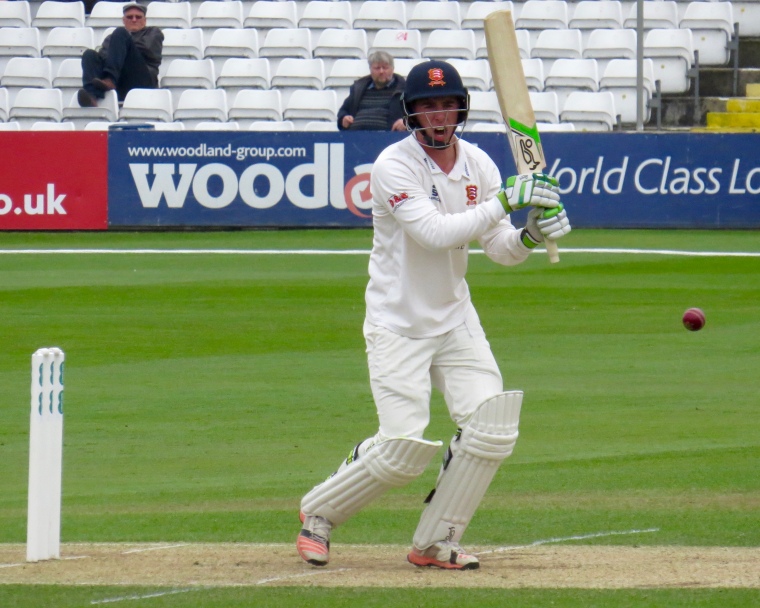 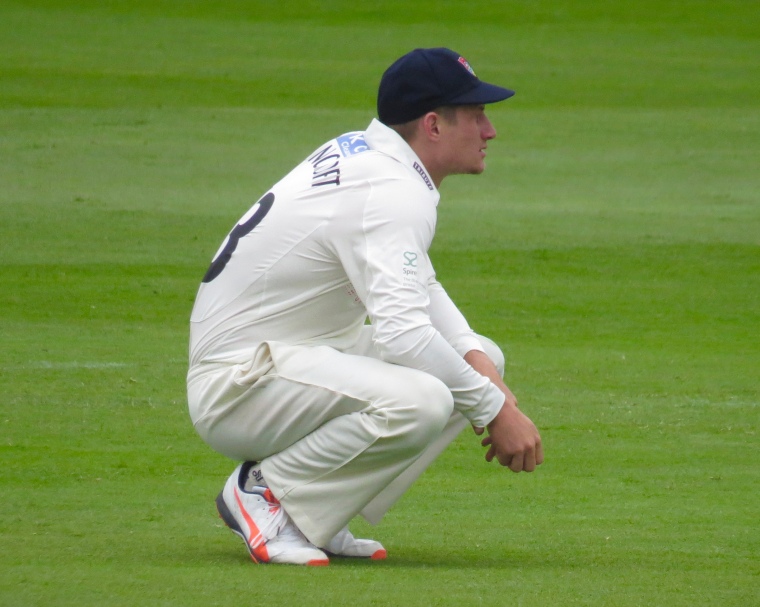 I’ve said it before but will repeat, it’s great to see Alastair Cook playing for Essex, it’s a place where he is without fail relaxed and happy.  It’s not only great for Essex that he’s due to play the first 4 County games, but also great preparation for his summer with England.