Skip to content
Harlequins at the Hurlingham Club!
Premiership Rugby

Harlequins at the Hurlingham Club!

This of course isn’t the end of the season and although things have gone slightly awry for Quins in the Premiership this year they are still in with the chance of winning silverware as they contest the semi-final of the Challenge Cup with Grenoble on Friday.  However this evening was planned to hand out the season awards.

I’d never been to the Hurlingham Club, I have to say it’s a highly impressive facility with sporting areas galore.  Wonderful to see in an area surrounded by buildings.

For those of us who were meat eaters there was a very tasty meal, it has to be said the fare for vegetarians was less than impressive.  So many places still seem to struggle to provide something filling and tasty for those who don’t eat meat!

Nick Easter and Mark Lambert were our comperes for the evening and I have to say they both did a great job!  Mark was sporting a big black eye, caused by Nick he told me – but….

The first award was for the Nick Duncombe Young Player of the year Award – it was lovely to see Nick’s parents take to the stage to congratulate Harry Sloan, at the tender age of 21 the young Centre made 17 appearances this season.  Scoring a single try (so far) against Bath. 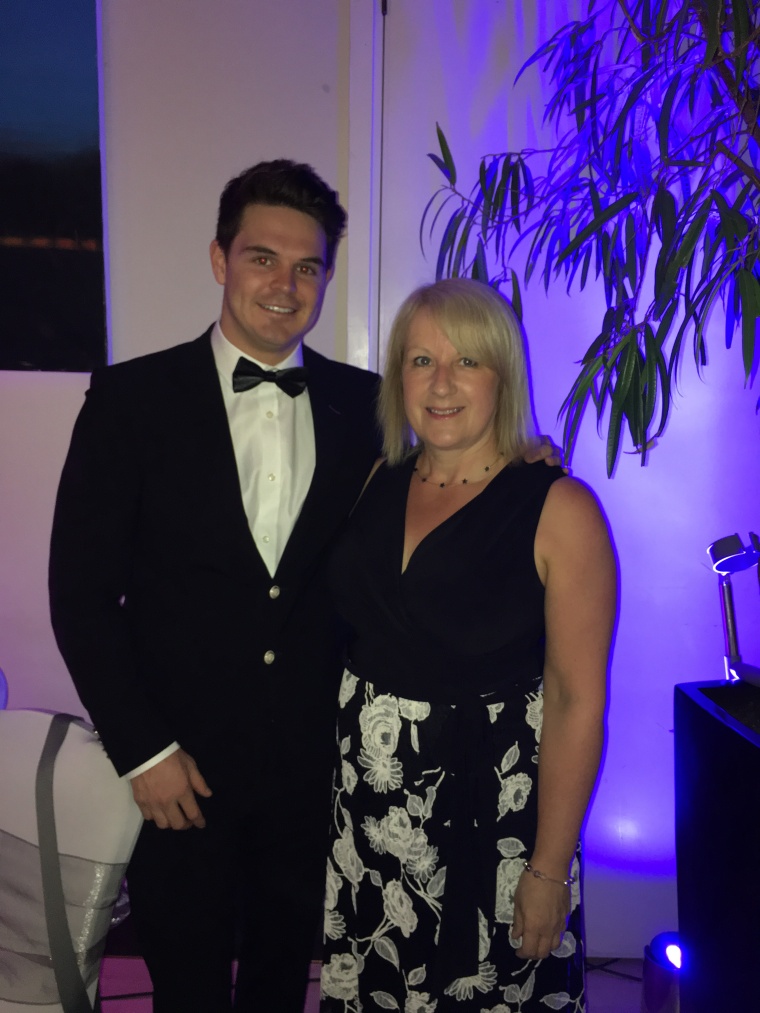 We had the pleasure of the company of Tim Swiel it must be awkward to be dumped on a table of strangers to eat your dinner, but he was very friendly and good to talk to.

Next up was the Adidas Supporters’ Player of The Season – Luke Wallace received the award.  A product of the Harlequins Academy system, at the age of 25 he’s made 126 appearances for Quins.  He’s an outstanding Back Row player more often than not pulling on the number 7, Openside Flanker shirt. 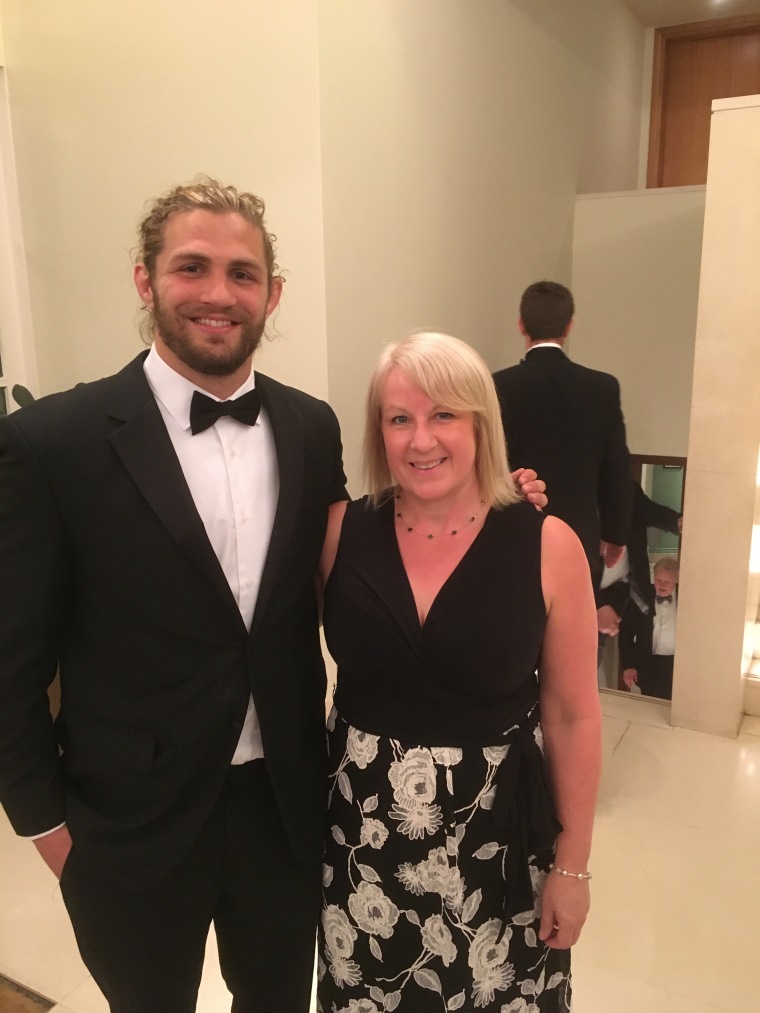 Quins seem to have a habit of producing exceptional Back Row players, with the likes of Chris Robshaw and the rising star Jack Cifford.  I had a chat with Paul Morgan of Premiership Rugby after the formal part of the evening was done and dusted.  He of course pointed out the influence Tony Diprose has over the young talent in the club, and how he has the ability to spot a bright young back row prospect.

Players’ Player of the season was up next, I imagine this to be the most coveted award for any player, to be judged by your peers as being the best for the season must be the ultimate accolade.  Luke Wallace was again the recipient, he made his way back to the stage to great applause.

Greene King IPA Try of the Year gave us the chance to watch some wonderful Quins tries!  They can be a wonder to watch with ball in hand!  I broke an iPhone jumping out of my seat when Mike Brown scored a wonderful try a couple of seasons ago.  The try deemed to be the best of the season (so far) was scored by Ollie Lindsay-Hague who was the end recipient of a superb team try against Montpellier.

The final player award of the evening was the DHL Player of the Season – it was almost inevitable that Luke Wallace would make his 3rd trip to the stage for the evening.  It can only be hoped that Luke comes to the attention of Eddie Jones very soon!

There was of course more ‘business’ to be done, as the very popular Director of Rugby, Connor O’Shea is heading to new pastures, taking up the Head Coach role with Italy.  O’Shea joined Quins at a very difficult time in their history, arriving in March 2010, after the horror that was ‘Bloodgate’ in 2009.

During his tenure Quins won the Amlin Cup in the 2010-11 season and followed up with the Aviva Premiership title in 2011- 12 beating Leicester Tigers 30 – 23 at Twickenham.  I’d say they were the underdogs that day, it was a great afternoon and a deserved win.  2012-13 saw the LV Cup making its way to the Stoop as Quins beat Sale Sharks in the final.

Connor O’Shea is a popular man at the Stoop and his will be very big shoes to fill, I certainly hope he leaves Quins with a bang and a Challenge Cup victory in Lyon! 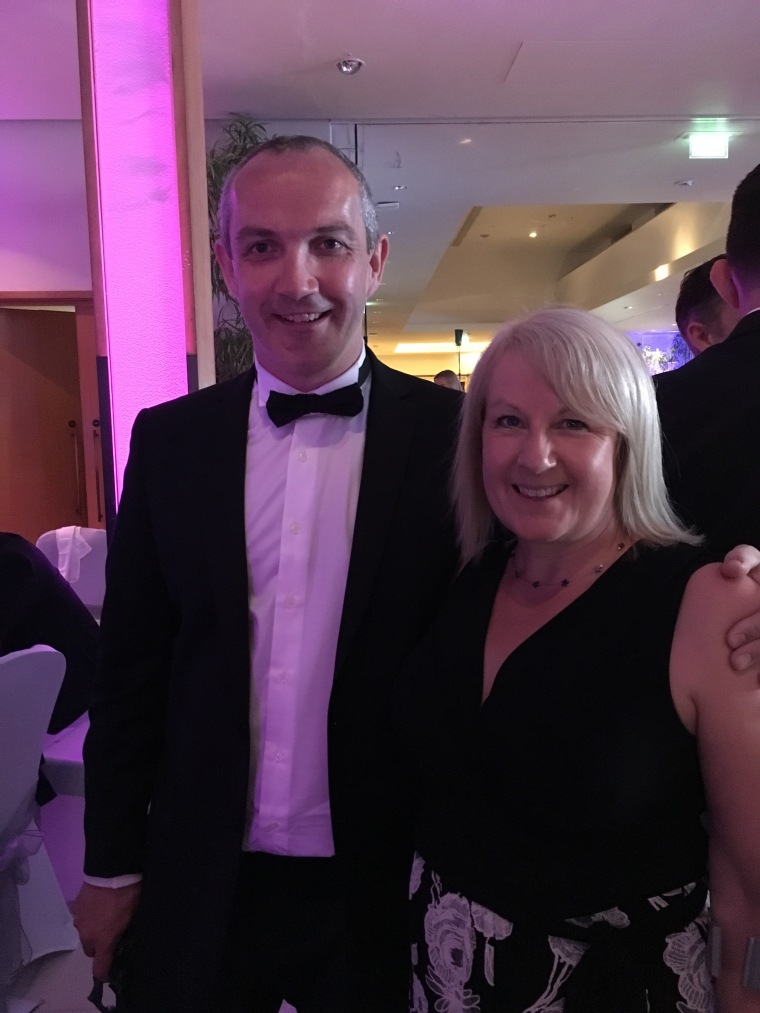 The evening was thoroughly enjoyable, in spite of being asked if I formed my opinions on the looks of a player,  when discussing the England Number 9 and stating my preference for Danny Care on the basis that he moves the ball quicker than Ben Youngs.  It was a good job we were in polite company, my answer would likely have started with an F and ended with Off!

I had a hotel booked, a Travelodge just past Kew Bridge and have to say I had a really good nights sleep in spite of the hotel being near a main road and building works.  I asked for a quiet room and was definitely given one.

A small travelog (not so sure that word exists) at the end of this piece; I’m not a fan of a cooked breakfast so searched my Satnav for food nearby.  It found me a place I’ve passed time and again when driving to Twickenham or The Stoop – Newens – The Orginal Maids of Honour. 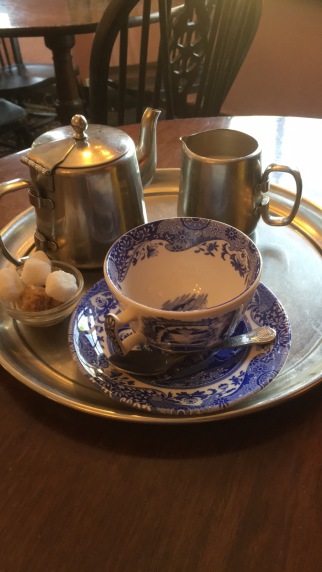 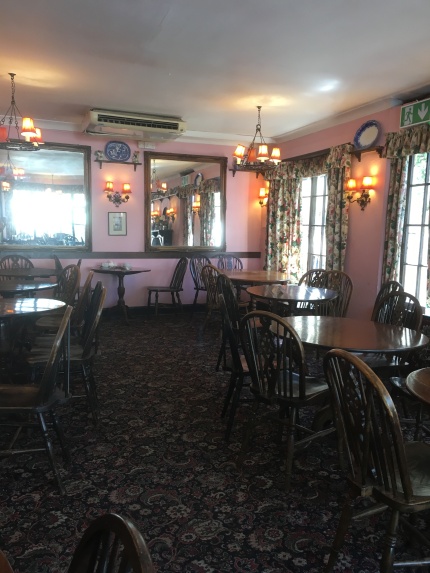 I had no real idea what I’d found and I have to say it was a delightful experience!  A traditional tea room with incredibly friendly staff and lovely home made food.  I partook of one of the said ‘Maids of Honour’ a delicious puff pastry concoction and added in a chocolate croissant too.  I can highly recommend a visit, whether to sit and enjoy or take something delicious home.  I confess I did both!