A great game of rugby at Twickenham

The chance to watch a Rugby Championship game was too good to miss, I probably jumped for my tickets too early as they were being sold cheaply as the match approached. 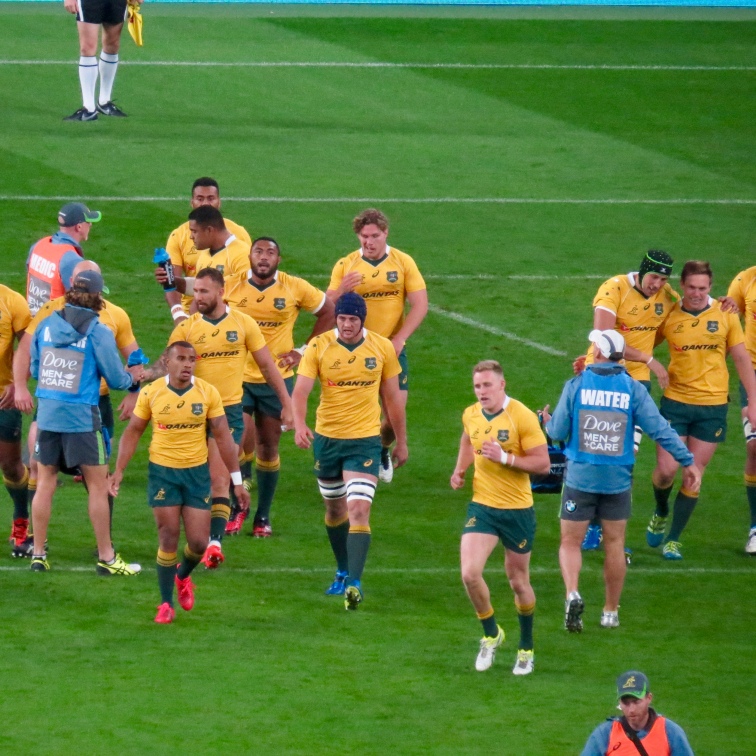 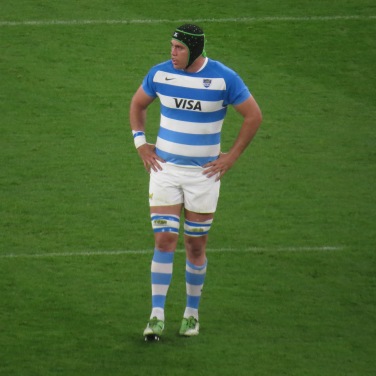 Having watched Harlequins in the afternoon, there was time for dinner in between the 2 games, although not so much for the long walk I decided to guide my Rose Army friends Andrea and Matt, with his 2 delightful children on.  By the time Andrea and I got to our hotel we’d walked well over 5 miles – Exercise and rugby!  Perfect!  We found an Italian restaurant that was mostly empty, it took far too long for our melas to appear, but that was because the food was very clearly freshly cooked.  It’s a place I’ll certainly be visiting again. 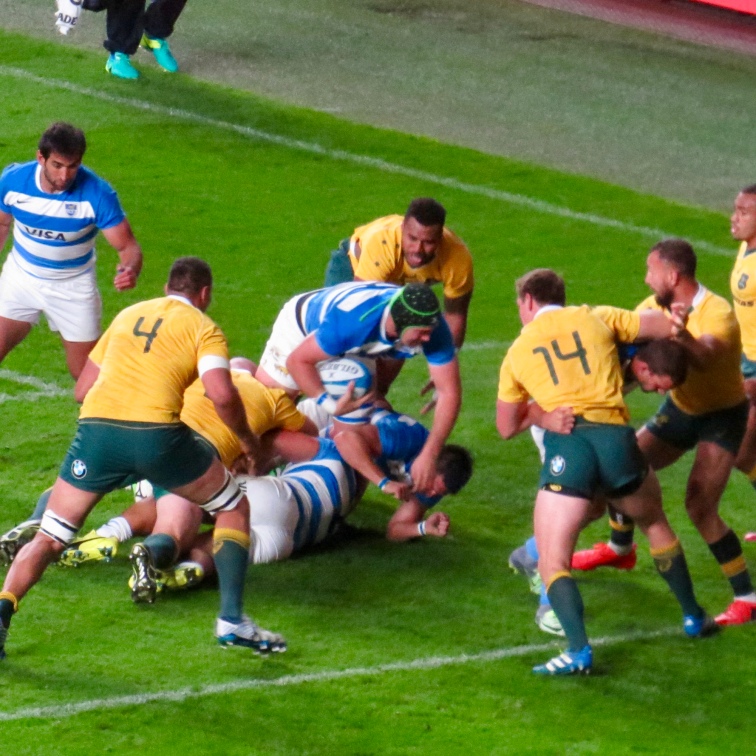 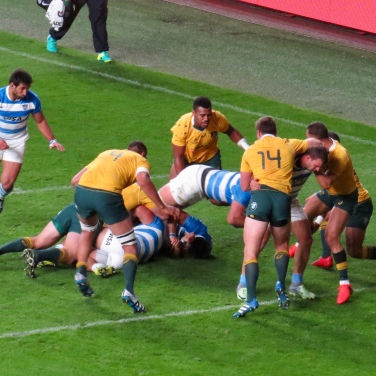 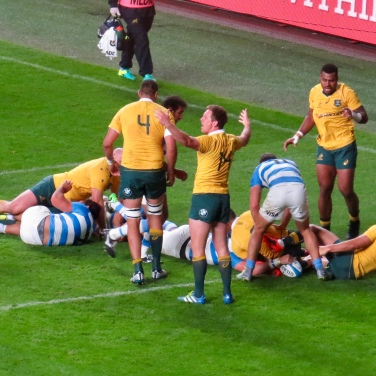 I confess to not really understanding why the match was brought to Twickenham, but I understand it was all about the cash.  It took a while to get to the ground due to the numbers making their way there; the crowd was 48,515 which was disappointing to say the least, in a stadium with a capacity of 82,000 that meant the atmosphere was very flat for the most part.  And to my horror a Mexican Wave was started that gained some momentum, call me a spoilsport but I find the Wave disrespectful to the teams giving their all on the pitch. 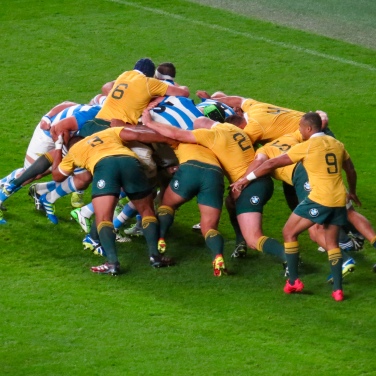 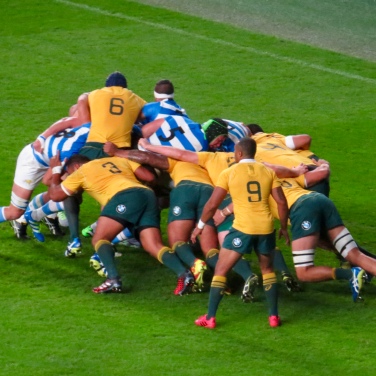 And both teams most certainly did that; having watched Argentina 5 weeks in a row in the World Cup last year I have a bit of a soft spot for them, they play an exciting brand of rugby and this match was to be no different. 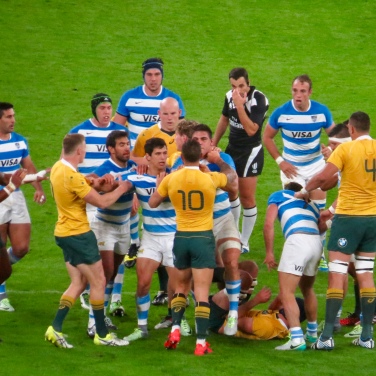 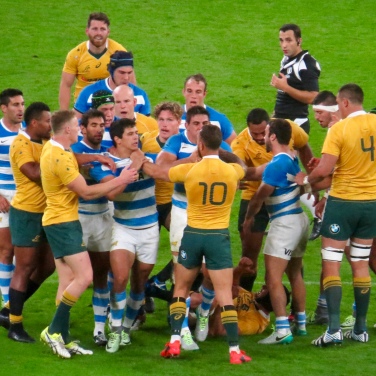 The Pumas don’t do kicking the ball away, they do running rugby no matter where they are on the pitch, that seemed to give the Wallabies some problems, so much so that they seemed to want to solve it by taking heads off.  Both Michael Hooper and Adam Coleman were shown yellow cards for high tackles in the first half.  In spite of playing 20 minutes of that half with 14 men Australia were ahead with 18 points to Argentina’s 8.  Adam Coleman (before the naughty step) and Samu Kerevi scored a try apiece with Bernard Foley converting converting the first and adding 2 penalties.  Matias Alemanno scored the Pumas solitary try to the delight of eery neutral in the ground and Santiago Gonzalez Iglesias added a penalty. 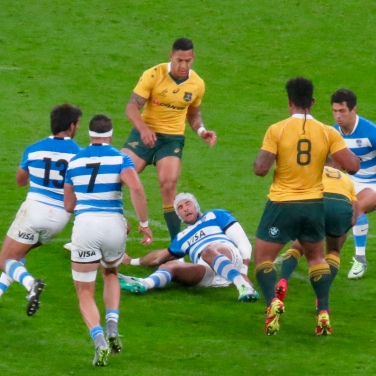 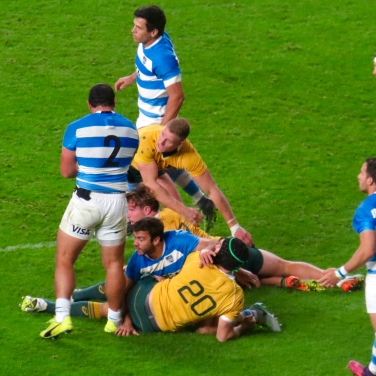 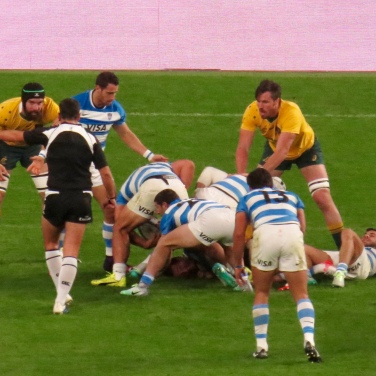 The overall stats for the game show that Argentina made 150 passes to Australia’s 101 making 497 metres compared to Australia’s 474 – so not actually that much different in metres made.  Argentina had 66% of the possession and 68% of the territory but Australia had the dominance on the scoreboard. 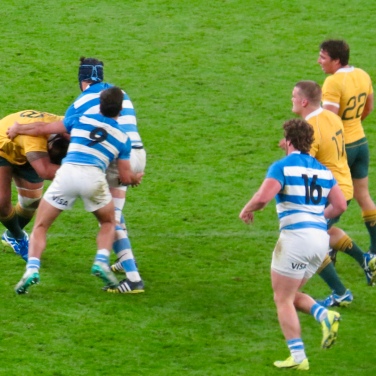 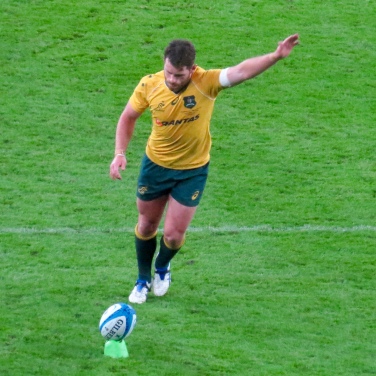 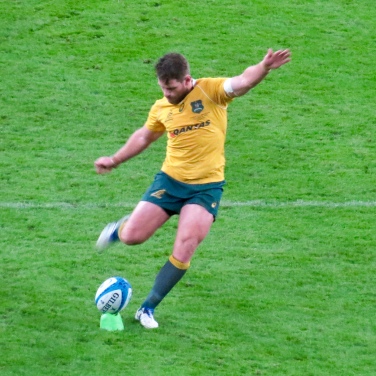 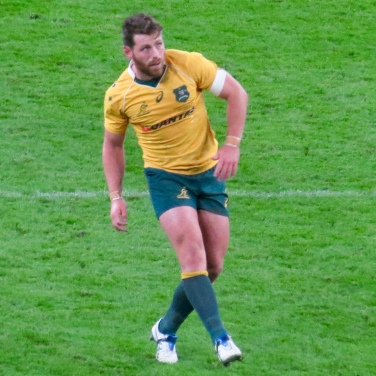 There was an odd incident towards the end of the game when the replacment scrum half for Australia Nick Phipps pushed an Argentinian physio over when he intercepted the ball, play had stopped so it was all a bit strange on both parts and caused handbags as Matias Moroni rushed to confront Phipps from 20m away, the referee awarded a penalty to Argentina but I suspect both men may have a price to pay post match. 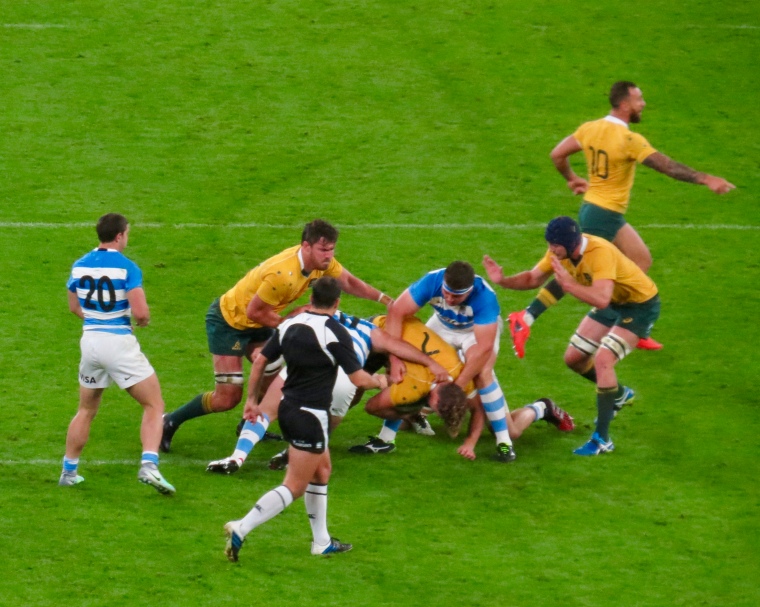 All of the points described adds up to a final score of Argentina 21 Australia 33.  It was an entertaining game which really deserved a more engaged audience.  It alway strikes me when ‘big games’ are sold cheaply that a big part of the crowd have little or no interest in the activity on the pitch, the one exception being THE BIG GAME put on my Harlequins after Christmas every year, that’s a must on my sporting calendar every year.