Wasps travel to Allianz Park to meet the Champions

I’m going to make a confession before I start writing, I was one Saracens fan who was very nervous about this game; having seen the unbeaten Wasps demolish Harlequins and felt that Saracens weren’t firing on all cylinders I thought this would be an away win. 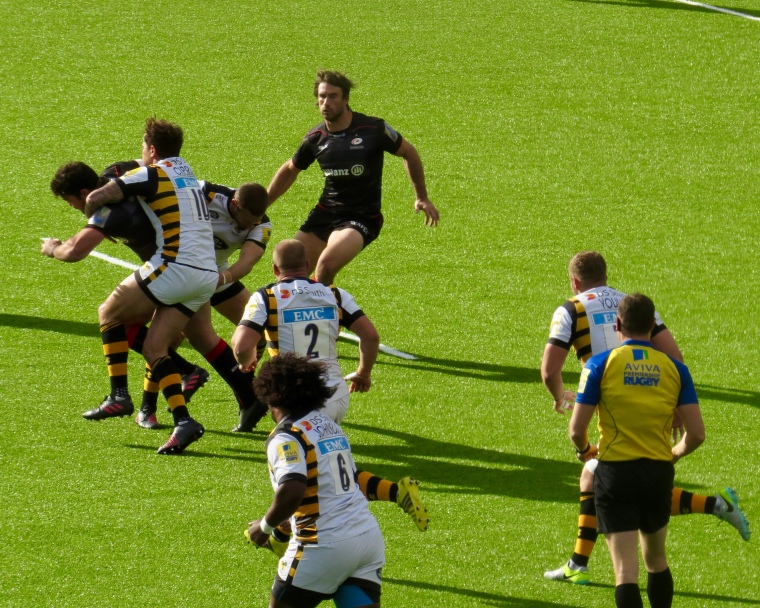 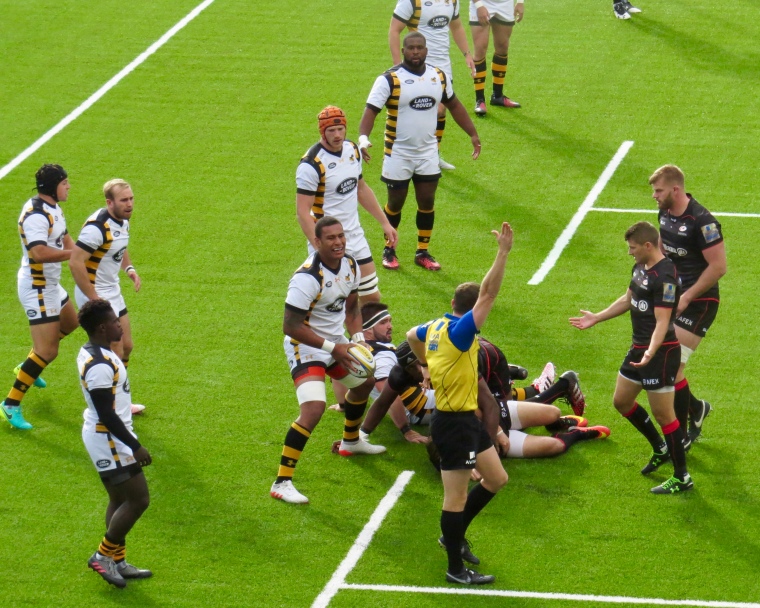 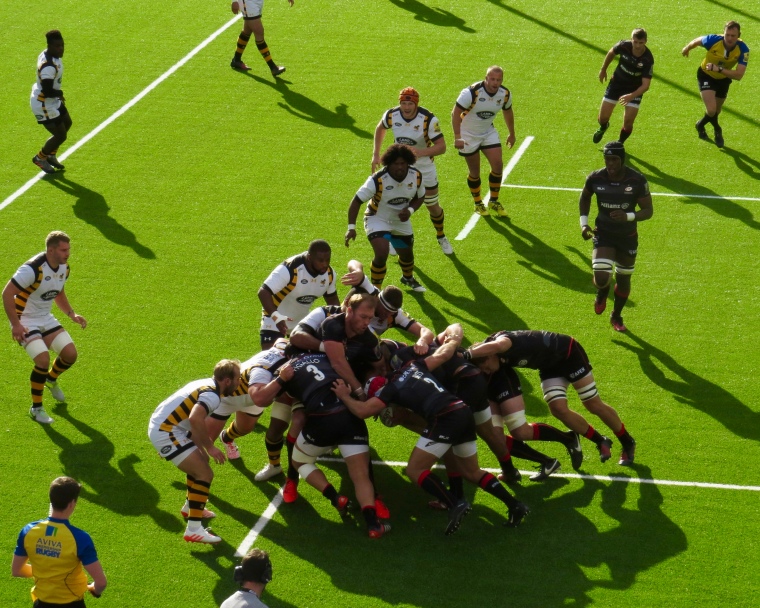 I should have had a whole lot more faith in my team, this is a group of men who know how to win!  I had a very unusual neighbour for the first half of the game, one Eddie Jones, I was amazed that his ticket had him sitting amongst fans and not even on the halfway line.  He was very quiet during the play, I did ask him what he’d done to Mako during the week as he’d seemed to have lost his stomach, he commented that Mako’s going well, I couldn’t disagree and in fact he shone in this game. 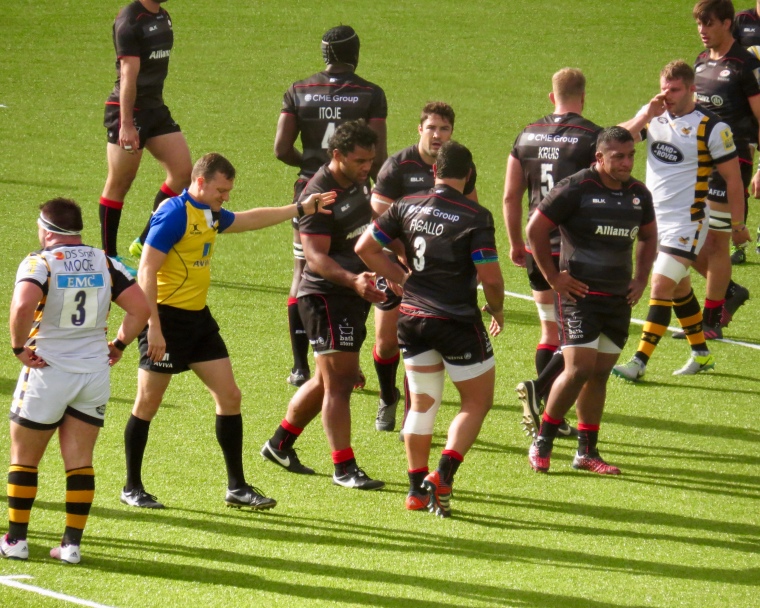 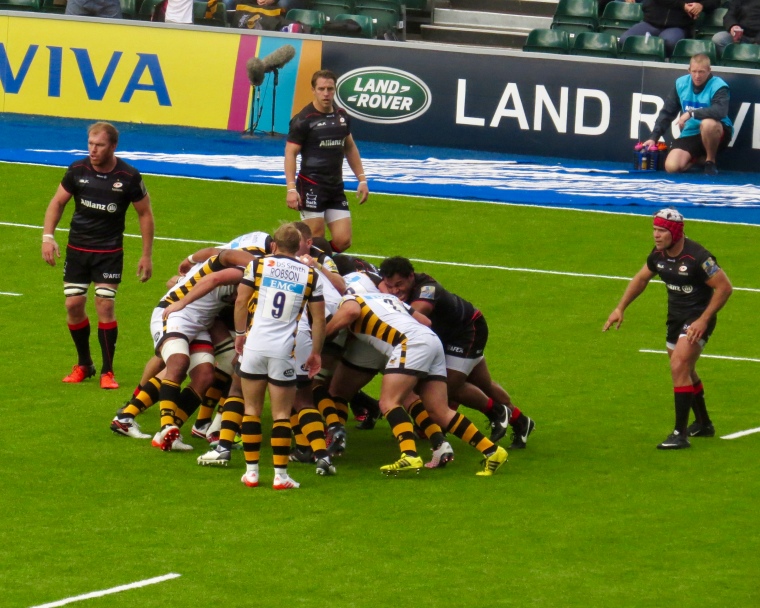 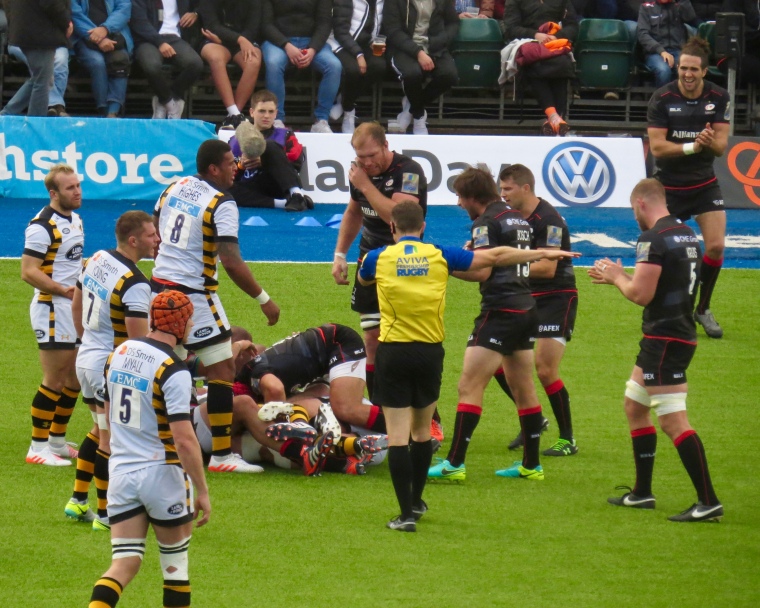 When I’m writing after the fact I tend to look at the stats to see if they tell the story of the game, the simple facts are that Saracens scored 4 tries, with Mako Vunipola and Mike Ellery touching down in the first half and substitute Jamie George adding 2 late tries in the second half, as the pack powered over the line.  Wasps on the other hand only scored the one try through Josh Bassett after he took a brilliant pass from Danny Cipriani. 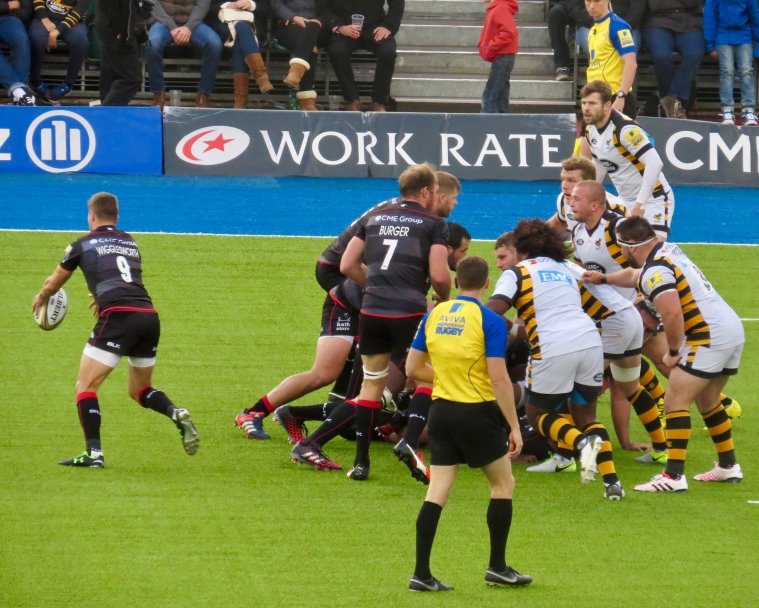 If I was to sum up the game in a few words I’d say the Saracens defence strangled Wasps, they pretty much did to Wasps what Harlequins had done to them to inflict their only defeat of the season so far.  14 penalties were conceded by the home teaming interestingly they missed 26 tackles but Wasps were unable to capitalise on the errors. 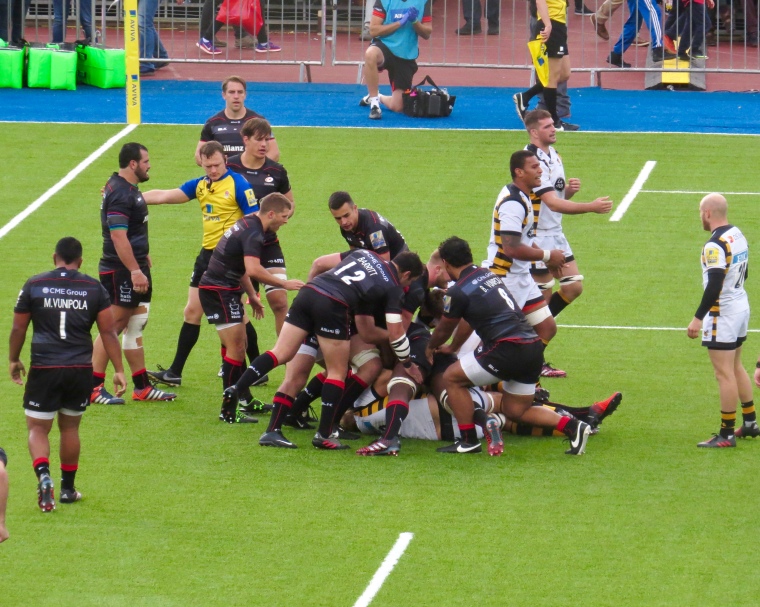 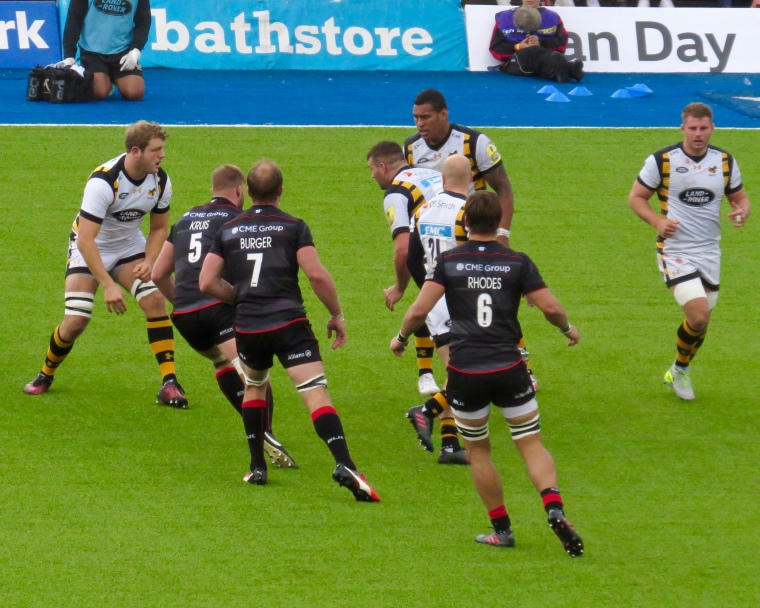 Wasps gave away 10 penalties of their own, including one that led to a yellow card, Josh Bassett turned from hero to zero when he was penalised for a high tackle, he yanked, Sean Maitland I think, by the collar of his shirt.  It seemed a harsh card at the time but in retrospect it was a dangerous move that could have caused damage. 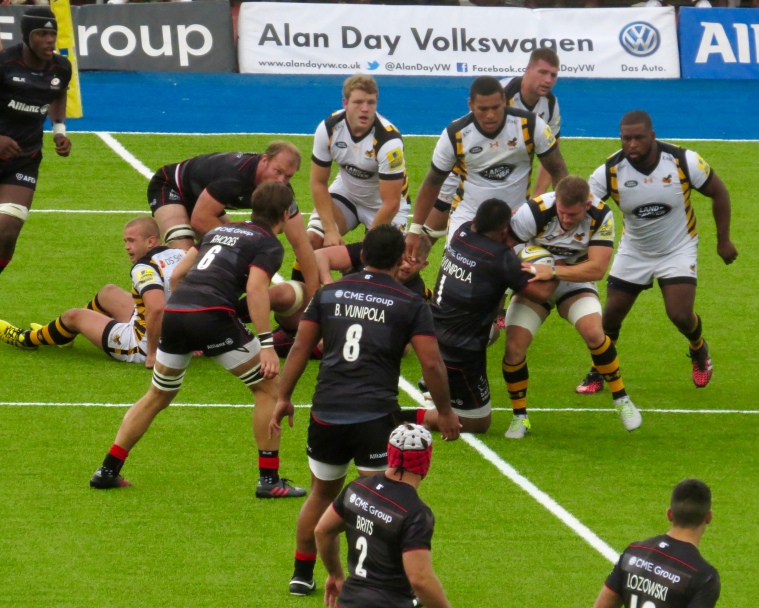 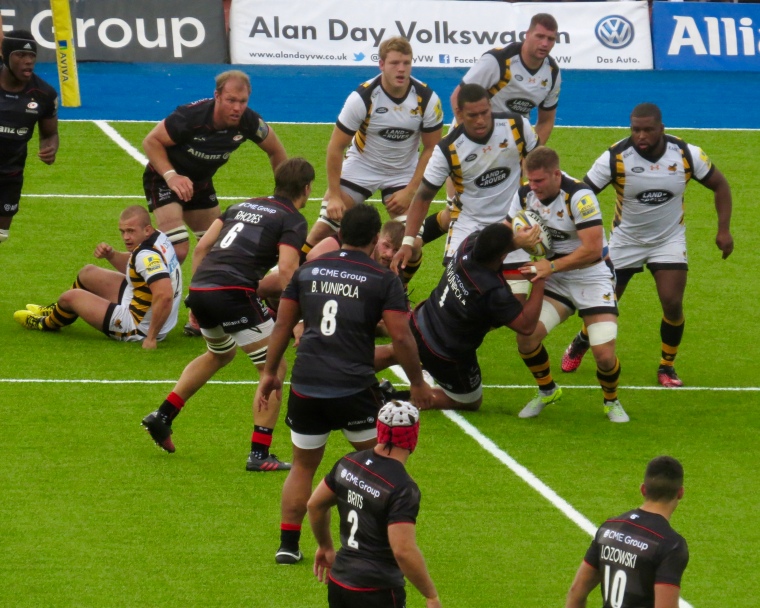 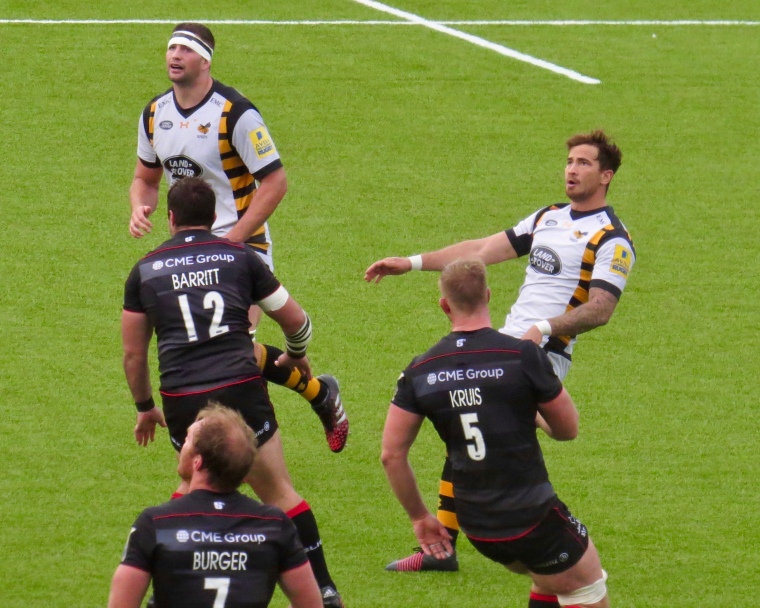 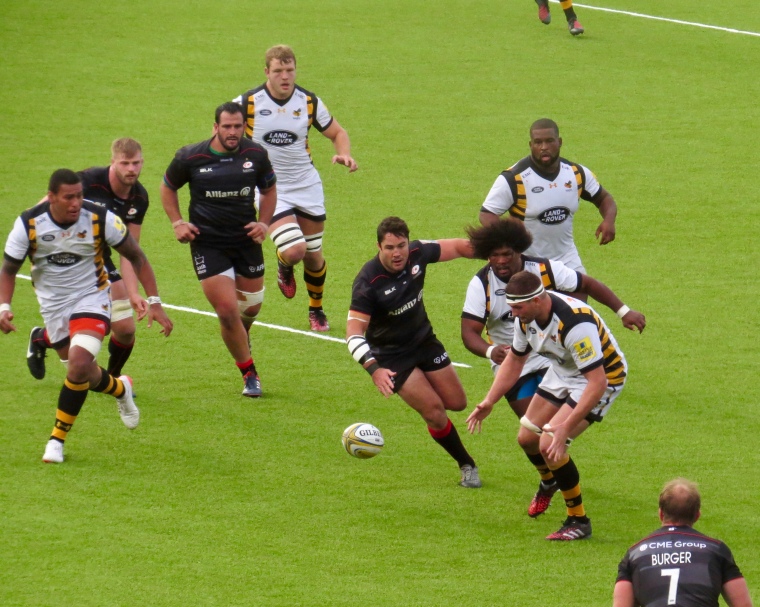 For Saracens to gain a bonus point win against the team I believe will be their main opposition in the Premiership this season was highly impressive, it was a reminder that they are indeed double champions.  The final score was Saracens 30 Wasps 14. 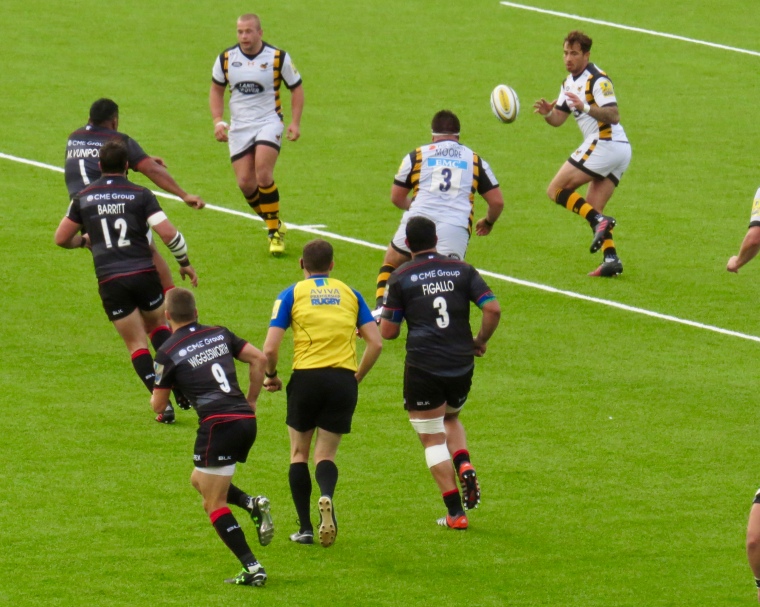 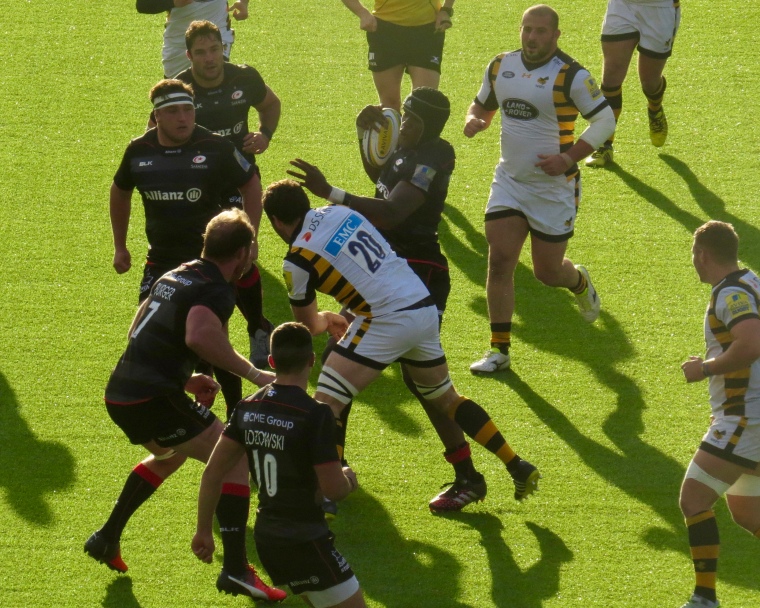 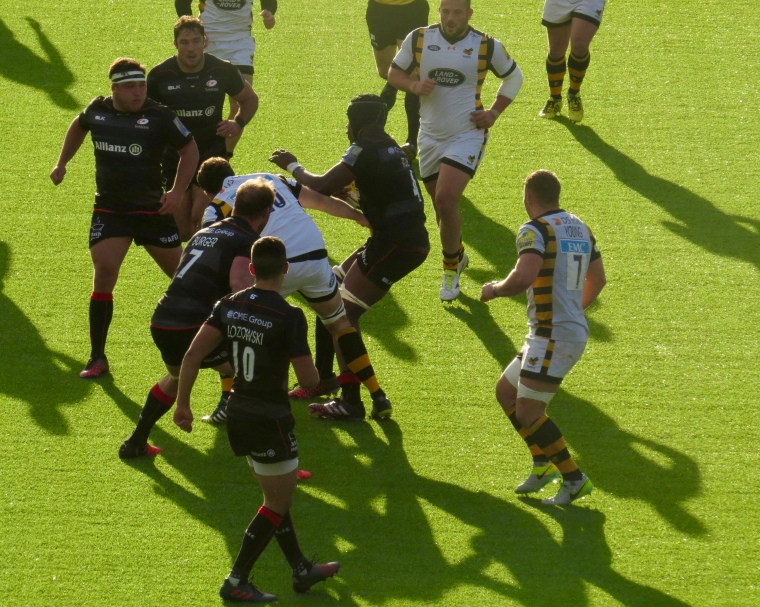 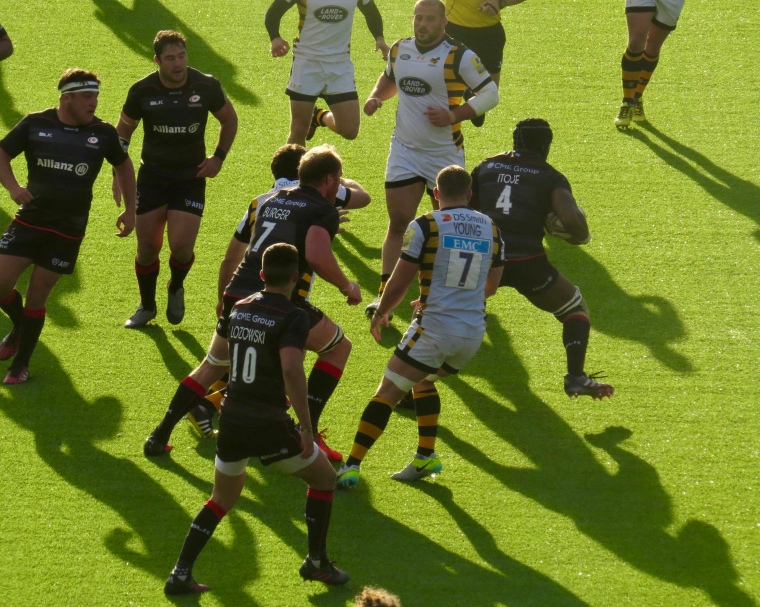 They move into Europe this weekend against Toulon a team with the habit of lifting trophies, this time I’m backing the away team to win, putting my faith in my team as they travel to France.