Time for Wembley, a fixture that’s become a regular feature for Saracens and in recent years a London derby with Harlequins as the opponents.  Many Saracens regulars are uneasy about […]

Time for Wembley, a fixture that’s become a regular feature for Saracens and in recent years a London derby with Harlequins as the opponents.  Many Saracens regulars are uneasy about the Wembley match, it’s part of our season ticket, it just takes a small effort to sort the actual ticket out. 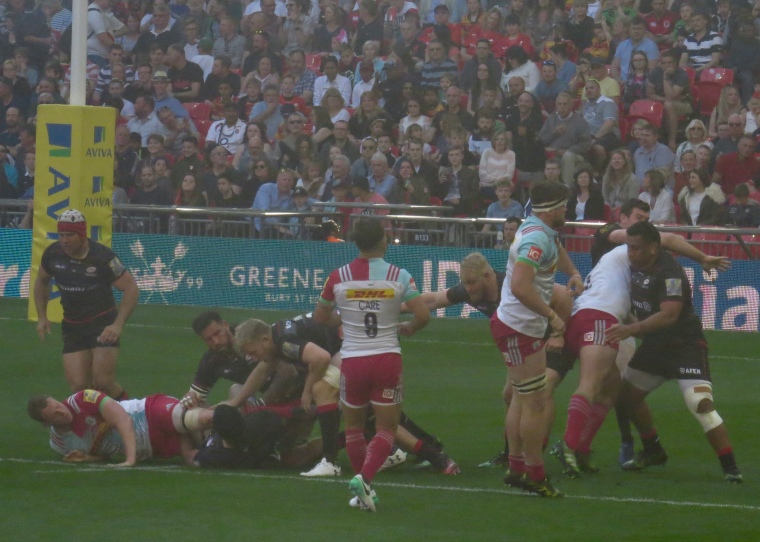 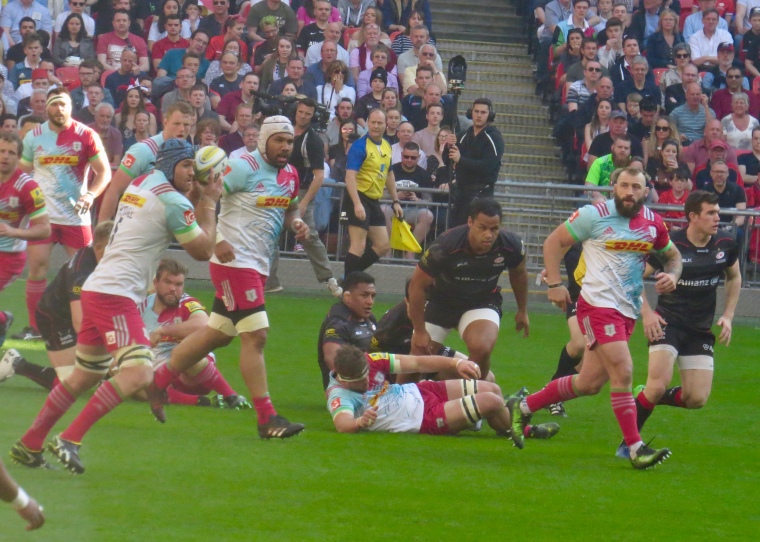 Yes, it’s a fixture that has many non rugby fans in attendance, I took my daughter Alexandra, who has become a Saracens girl and my Step-son Pete and his fiancé Sarah, she’d never been to a rugby match and now wants to come again, it only cost £15.50 each for the 3 of them to come along.  A decent price to try something new I’d say.  I became a Saracens season ticket after attending a Wembley match, against Northampton Saints, the ticket cost £10 and Season tickets were being advertised for £89, it was rude not to buy at that price!  I’m going to the Stoop tomorrow to watch Quins play Exeter Chiefs, that ticket has cost me £62, not a price a casual observer would want to pay to watch something they might not enjoy. 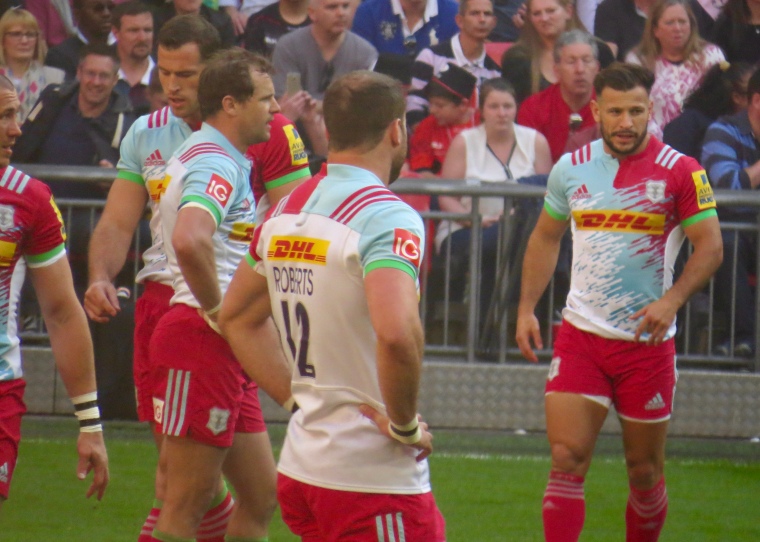 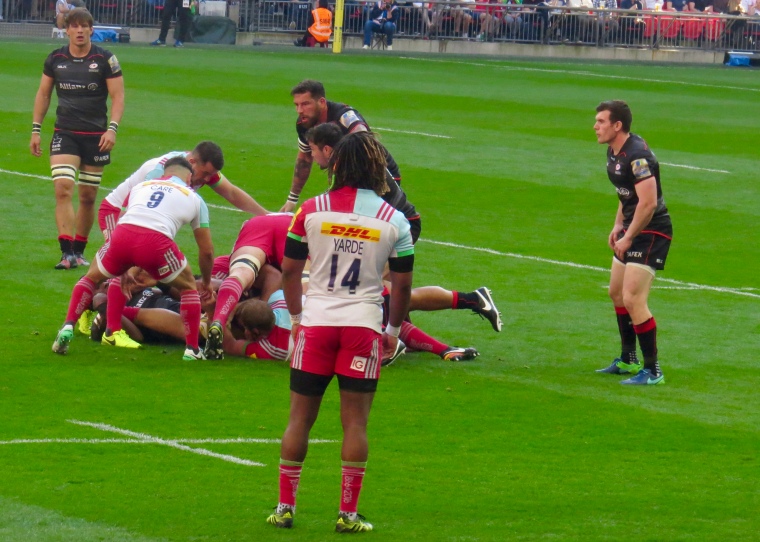 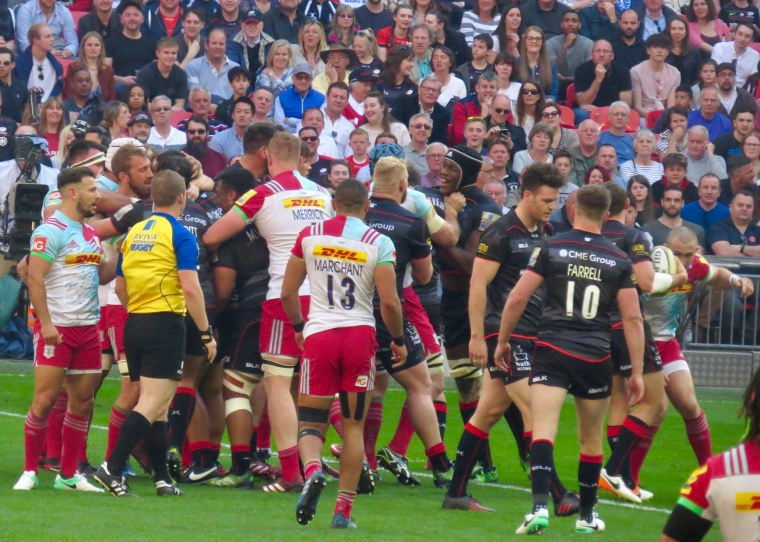 My big bug bear at the match is the regular mexican wave, all fine when there’s a break in play, but not good when the players are in action, I confess I don’t partake, and moan more than a bit! 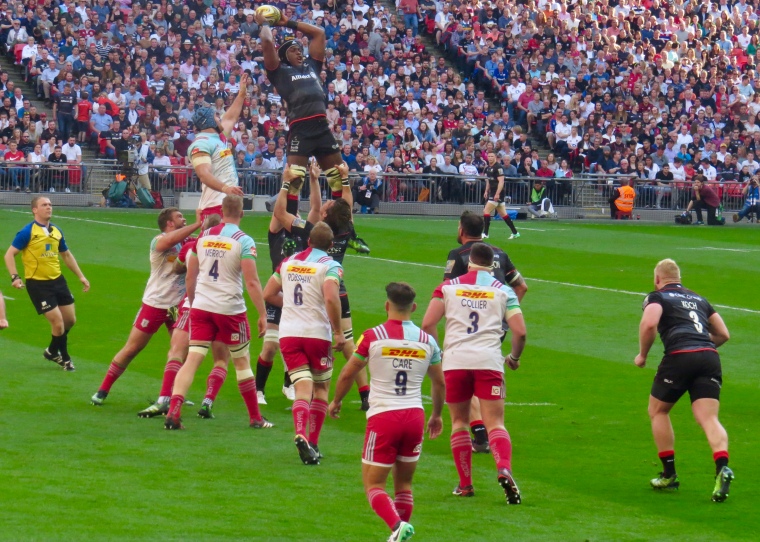 This late in the week (Thursday) I’m going to go more Phlog than Blog as mcc will have been written about the game itself.  As I have in recent weeks I thought we’d have a close competitive match.  Any team containing Chris Robshaw and James Horwill is going to provide a challenge to the Wolf Pack of Saracens, Quins had an early blow with Jack Clifford leaving the field, with an injury that will now keep him out of rugby for 12 weeks. 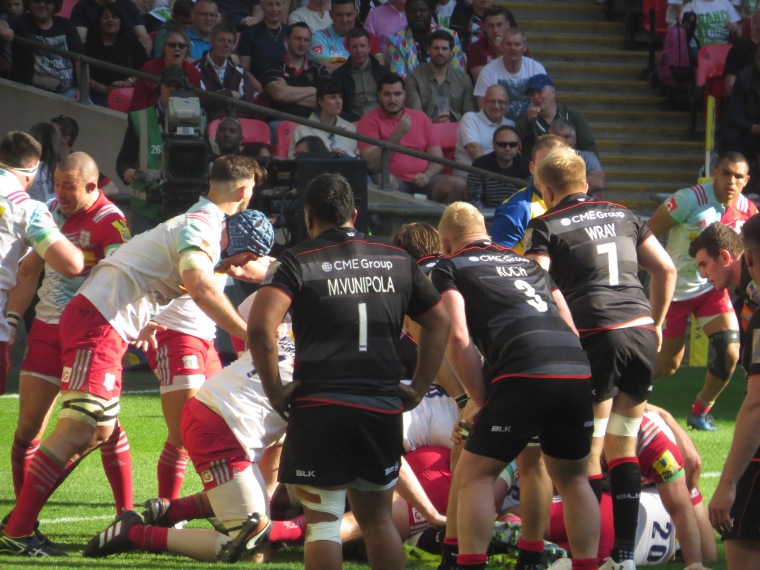 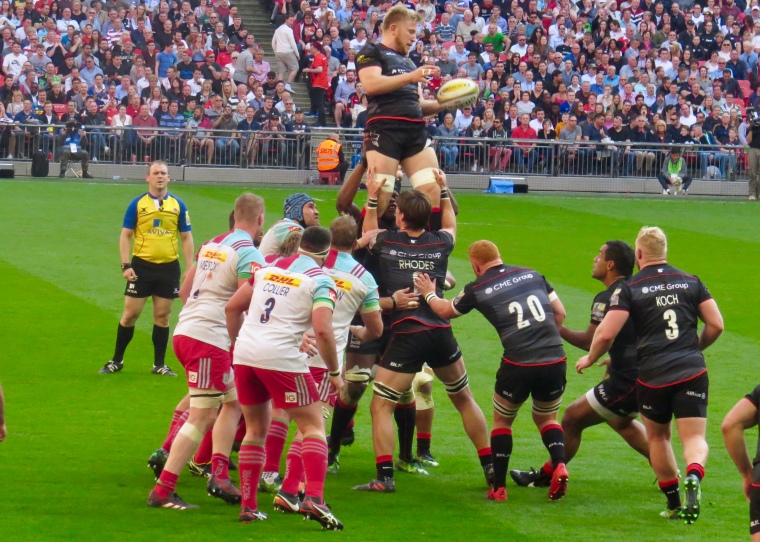 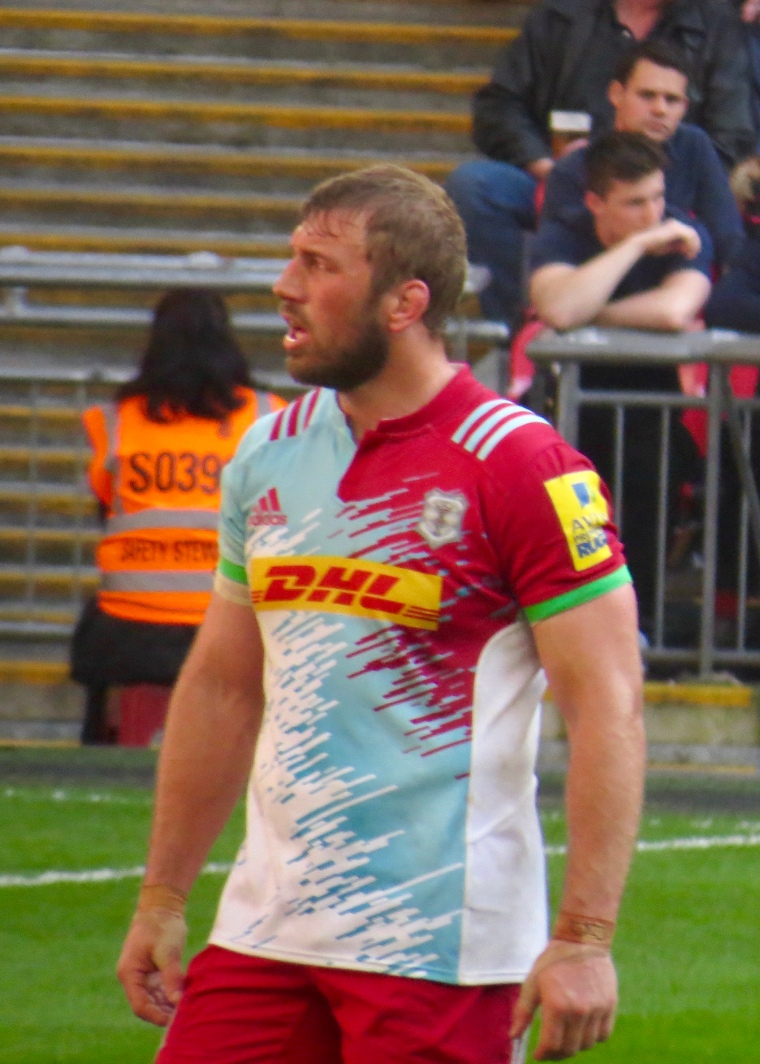 However I do believe Quins competed in the loose and frustrated the Saracens pack at times, but it was Saracens who scored 2 tries in the first half, the first through the prolific Chris Ashton, showing Premiership rugby what they’ll be missing next season,  with the ever popular Schalk Brits touching down 7 minutes later.  With both teams above playing well a bonus point win was the ‘home’ teams’ target. 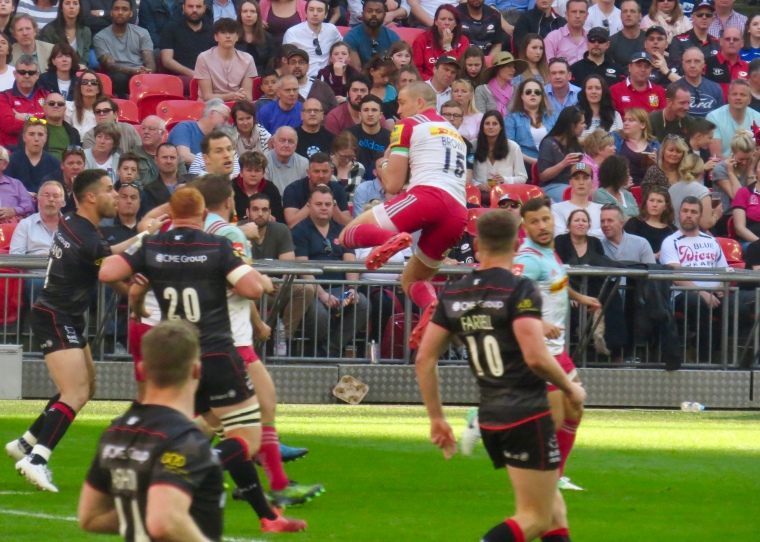 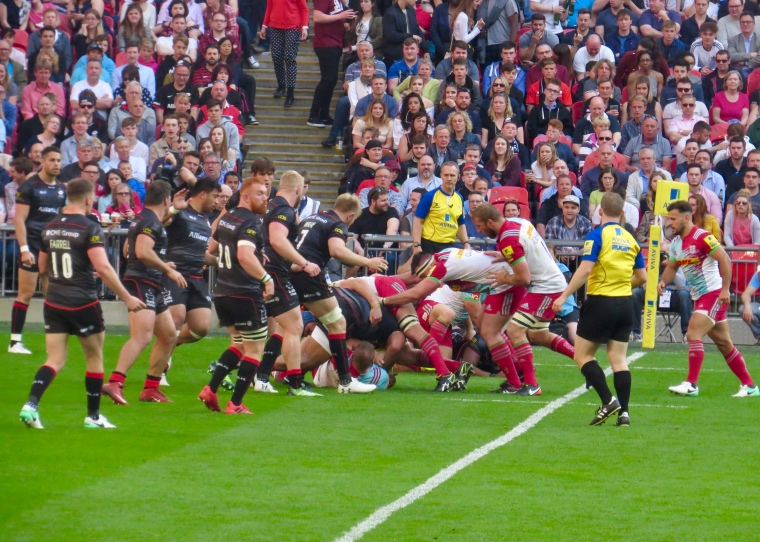 Three penalties from Nick Evans kept Quins in touch and the teams went in at half time with the scores on Saracens 17 Harlequins 9.  Owen Farrell and Evans traded penalties in the second half before Michael Rhodes, who was immense ran in a try a back would have been proud of!  He was playing in the second row by that point as Jim Hamilton had left the field with what looked like a back injury.  Would Saracens get that 4th try?

It was Quins who scored next, with Horwill touching down, in common with Robshaw he always puts a huge shift in for his team and deserved the try.  Time was running away but Alex Goode came to the rescue scoring that 4th try in the 77th minute.  With conversions and penalties taken into account the game finished with the score on Saracens 40 Harlequins 19.  Another emphatic win, although I’m not sure the scoreline was a true indication of the game.  Quins face the 2 teams above Saracens in their final 3 games, I’ll be there and cheering them on against Exeter and Wasps in spite of having a high regard for both teams. 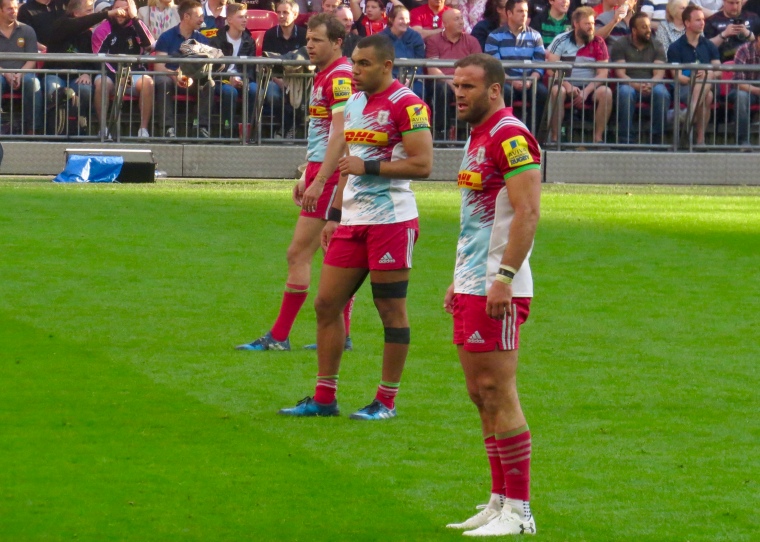 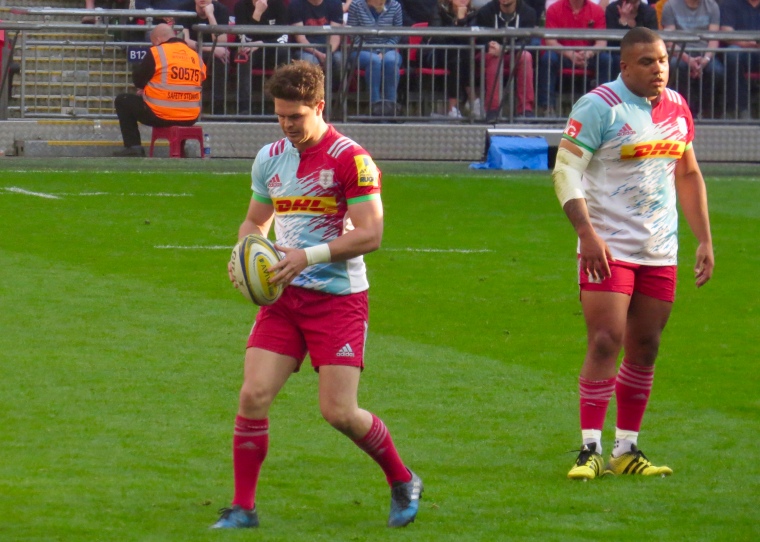 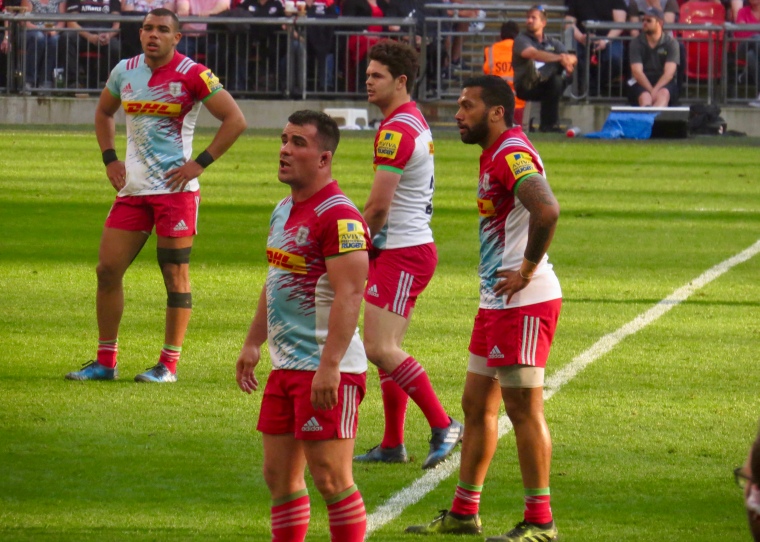