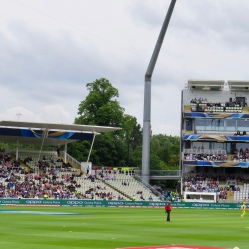 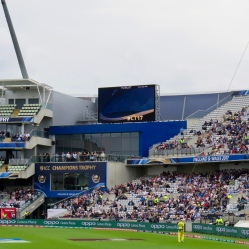 Having watched England kick off their Champions Trophy campaign with a win I headed back to my car in Hampstead to drive up to Birmingham for Game 2 between two Southern Hemisphere rivals.  The forecast wasn’t the best and it’s accuracy will make this account more of a Phlog than a Blog. 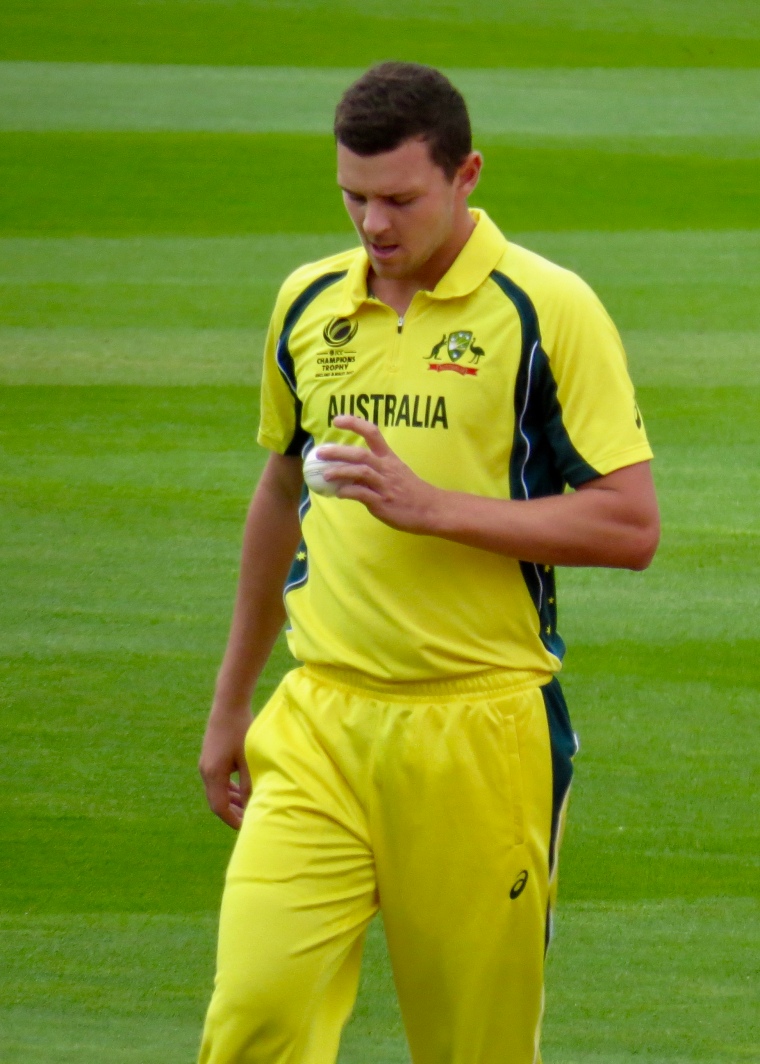 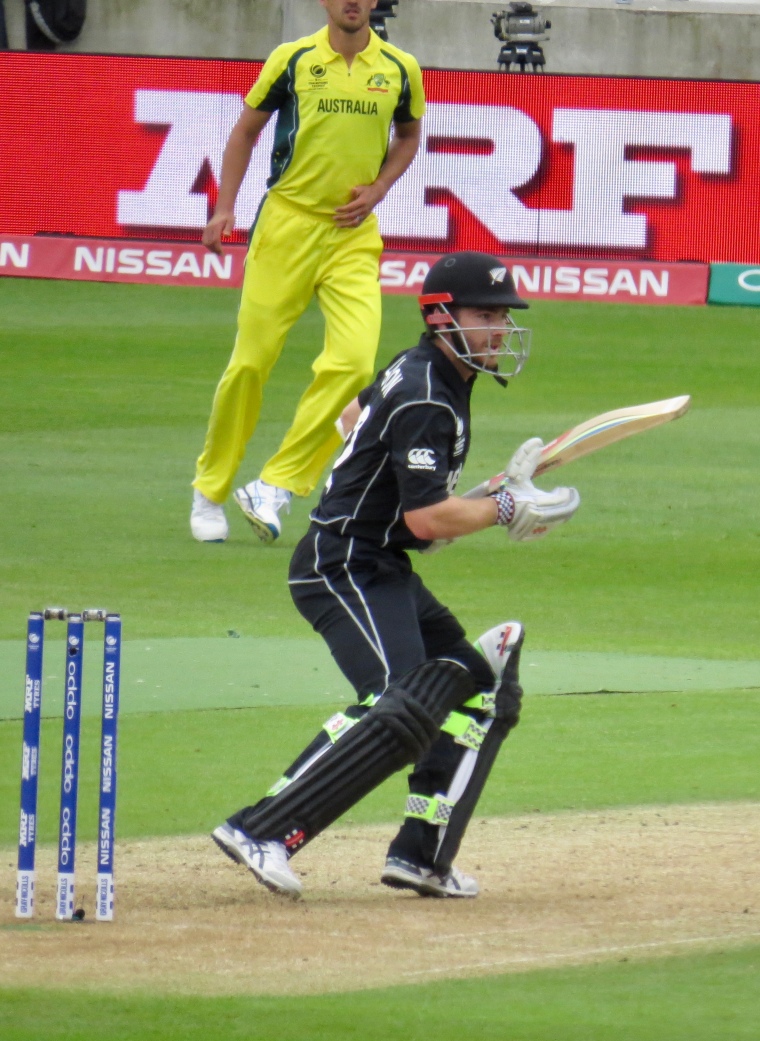 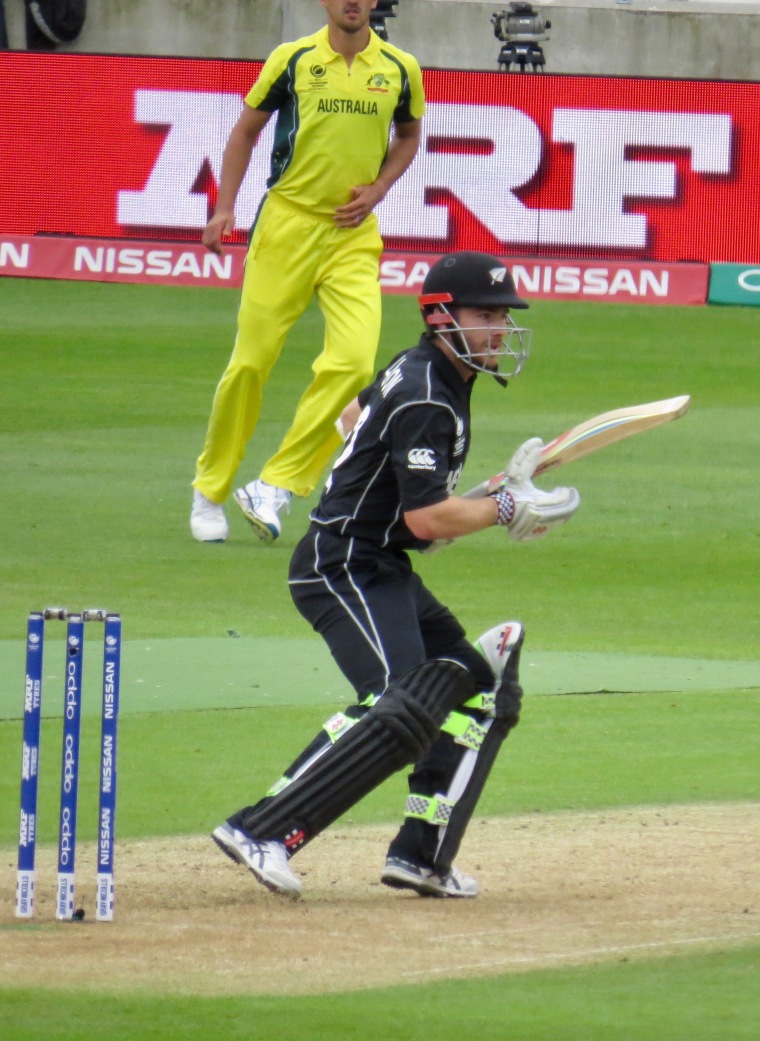 I woke up to the sound of rain pouring down so didn’t hold out much hope of seeing a full 100 overs of cricket.  Kane Williamson won the toss and elected to bat, they’d be facing a full compliment of explosive Australian bowlers with Mitch Starc and Josh Hazlewood taking the new balls.  For those who aren’t experts in the game, the 50 overs games are played with 2 balls, one at each end, and they’re of the Kookaburra variety rather than Duke.  The red Duke ball is used in England the red Kookaburra in Australia, I believe the latter goes soft sooner. 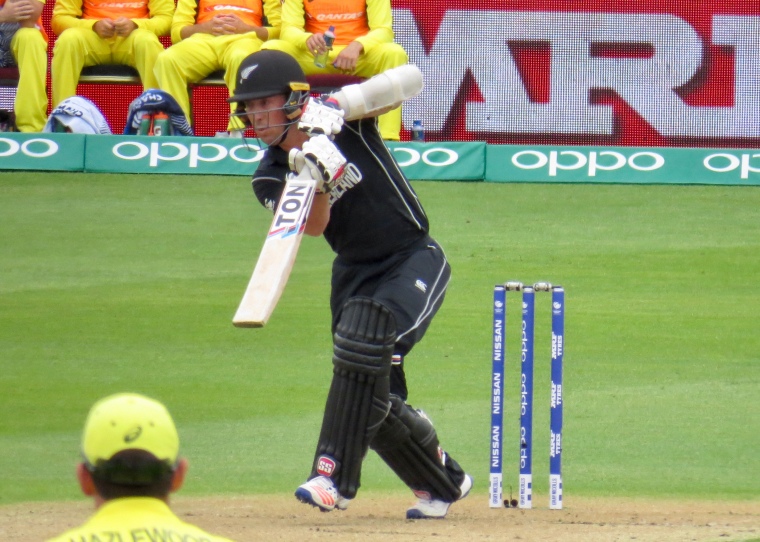 As this was a match that finished with no result I’m not going to go into detail, Williamson shone with the bat, scoring 100 from 97 balls, including eight 4’s and three 6’s, Luke Ronchi who opened stayed with his captain for a partnership of 77 after Martin Guptill was out for 26 .  Ronchi played an explosive innings making 65 from 43 balls, before becoming the 2nd batsman caught by Glenn Maxwell, he was to add a further 2 catches to his tally for the day. 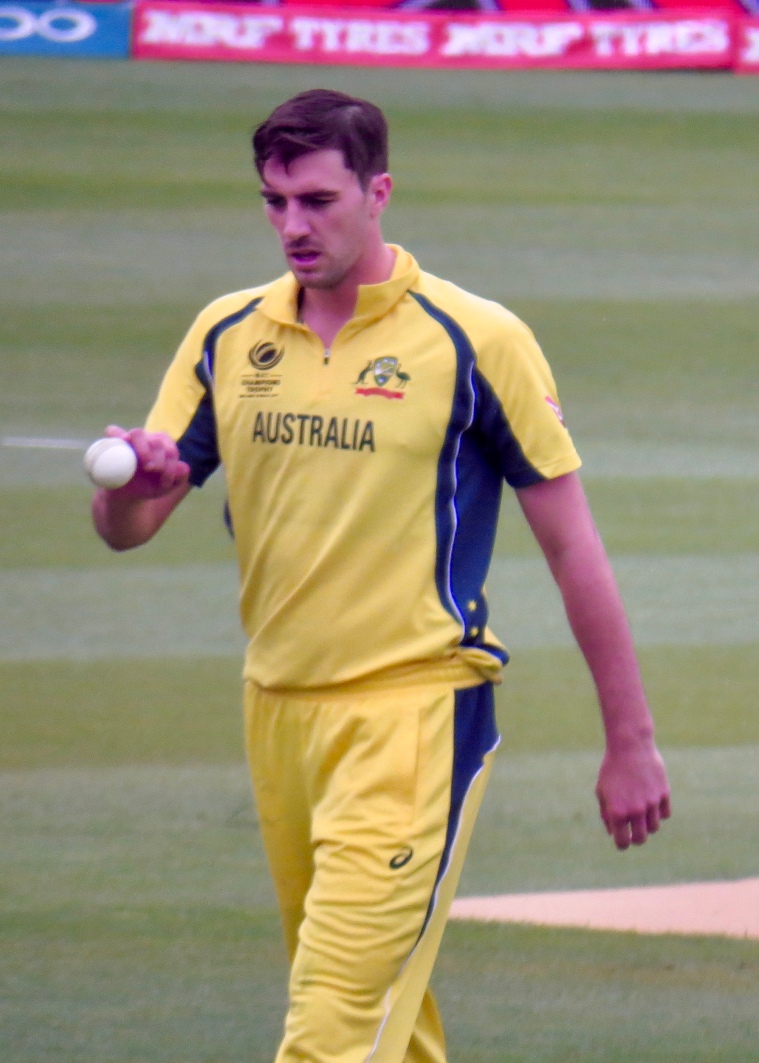 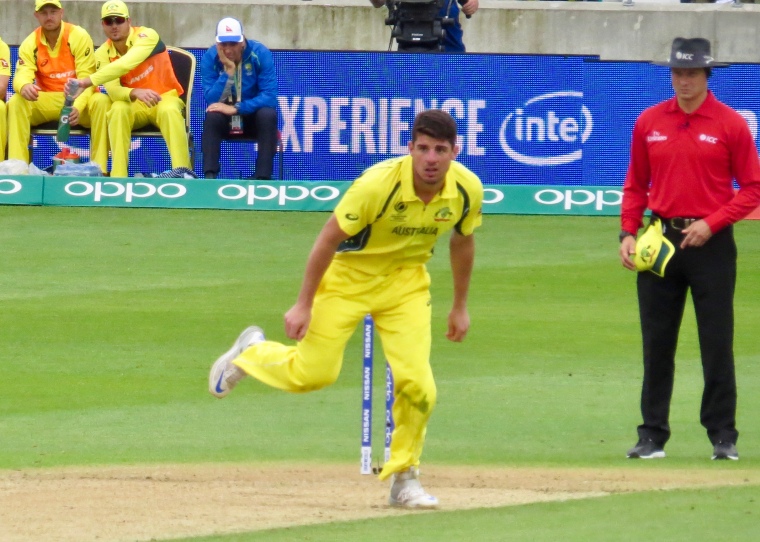 Ross Taylor looked in good form before falling to a great catch by Moises Henriques, I managed to have my camera on him as he took the ball, making that sequence my photos of the day. 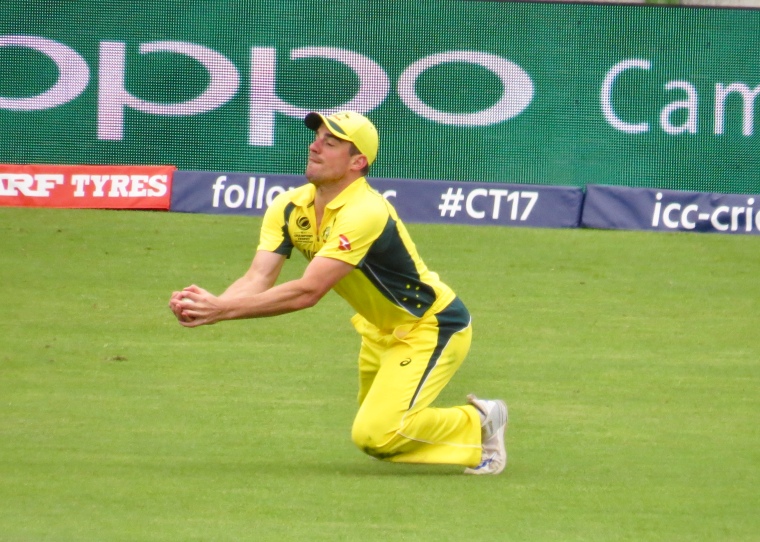 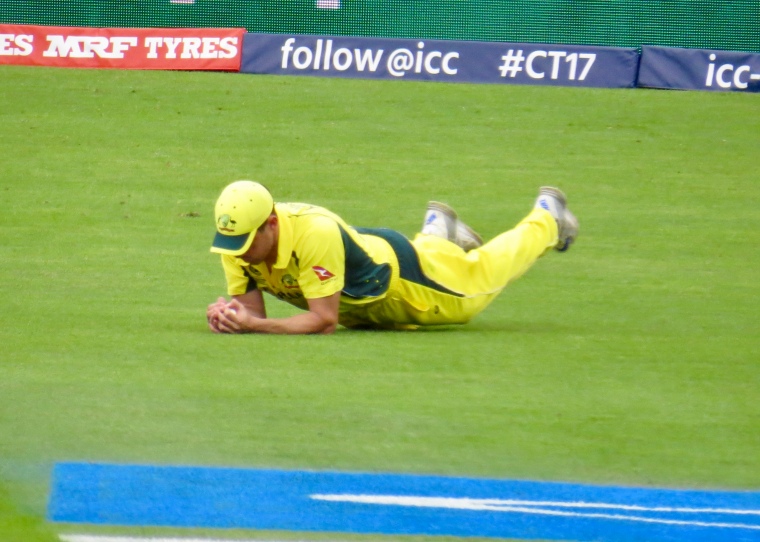 At 254 for 3 the Black Caps were in a strong position, but having reached his century Williamson was almost immediately run out, that was the cue for something of a collapse.  New Zealand went from 254 for 4 to 291 all out.  6 wickets for 37 runs wasn’t quite what the captain ordered!  Josh Hazelwood ended the innings with 6 for 52 to his name, his partner for much of the afternoon, Mitch Starc had a less than perfect day, he gave away the same runs but couldn’t buy a wicket!

We’d had a couple of spells of rain, but after the break Australia came out to bat, with the Duckworth Lewis method likely to be in play scoring runs quickly was going to be a plan. 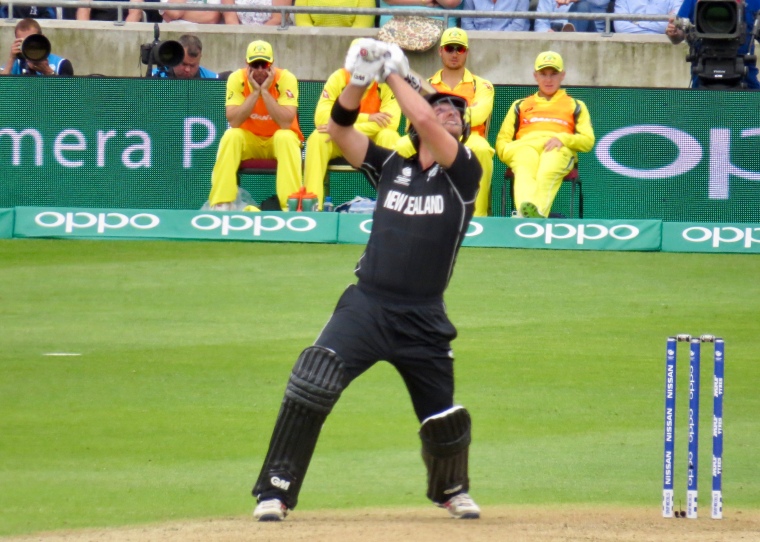 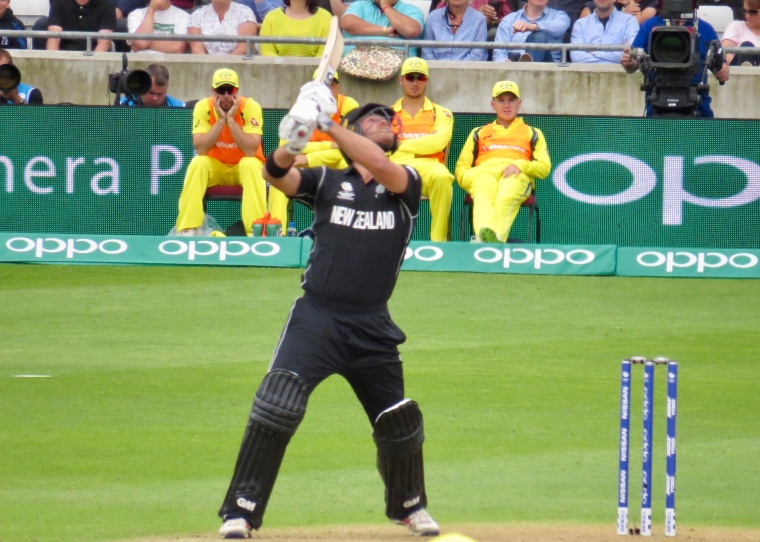 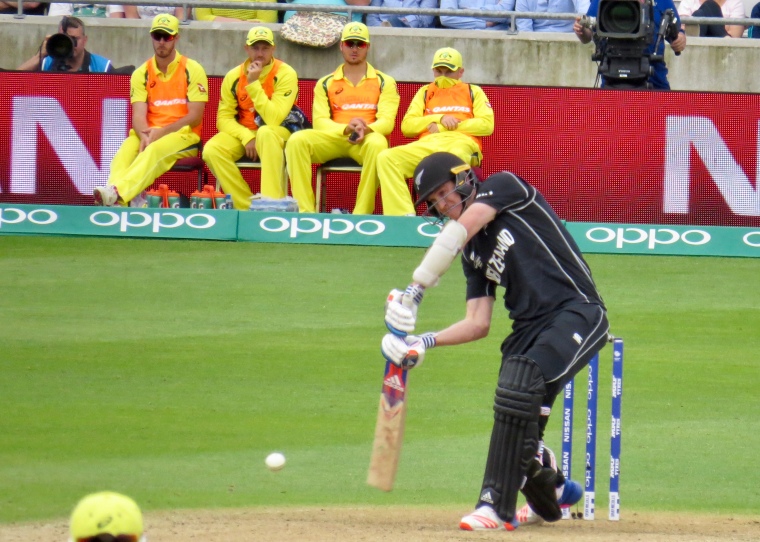 A small mention for the fans around me here, one group who really didn’t even seem to want to watch the cricket, several sat with their backs to the play all day, had an idiot amongst them, having been told time and again not to leave bags unattended he thought it a plan to leave a suitcase over the lunch period.  Having been checked by a sniffer dog it got removed, but was given straight back when the man returned, he and his friends seemed to think that was funny and that he was then some sort of celebrity,  the couple from Manchester sitting next to me didn’t seem to agree! 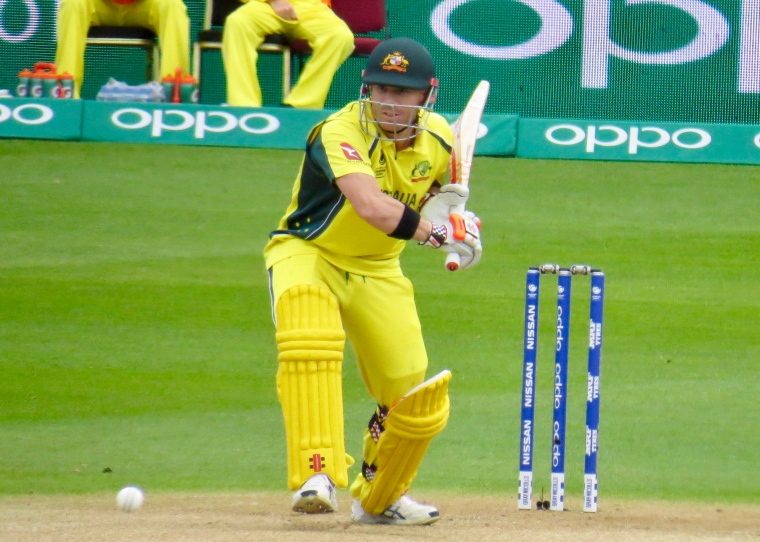 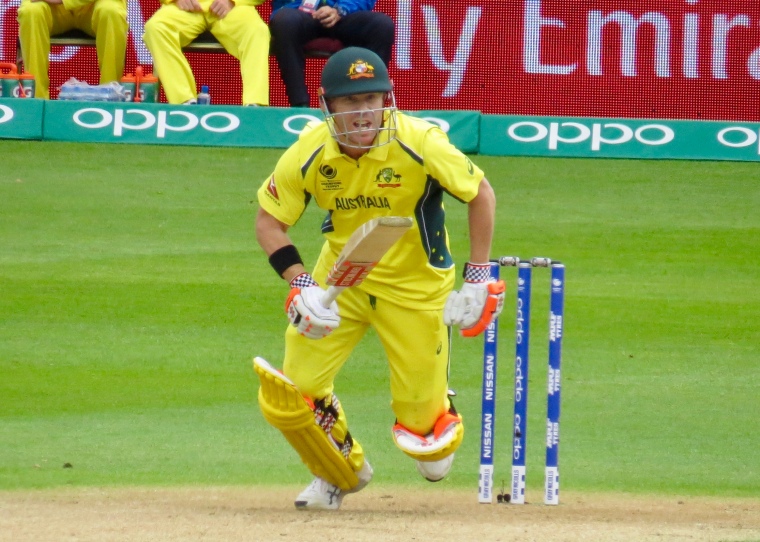 As well as this numpty there were a group of Australian lads who must have spent an air fare on beer, they were all good when Australia were fielding but thought it all good to swear at the Kiwi players at the top of their voices, not the best 😦 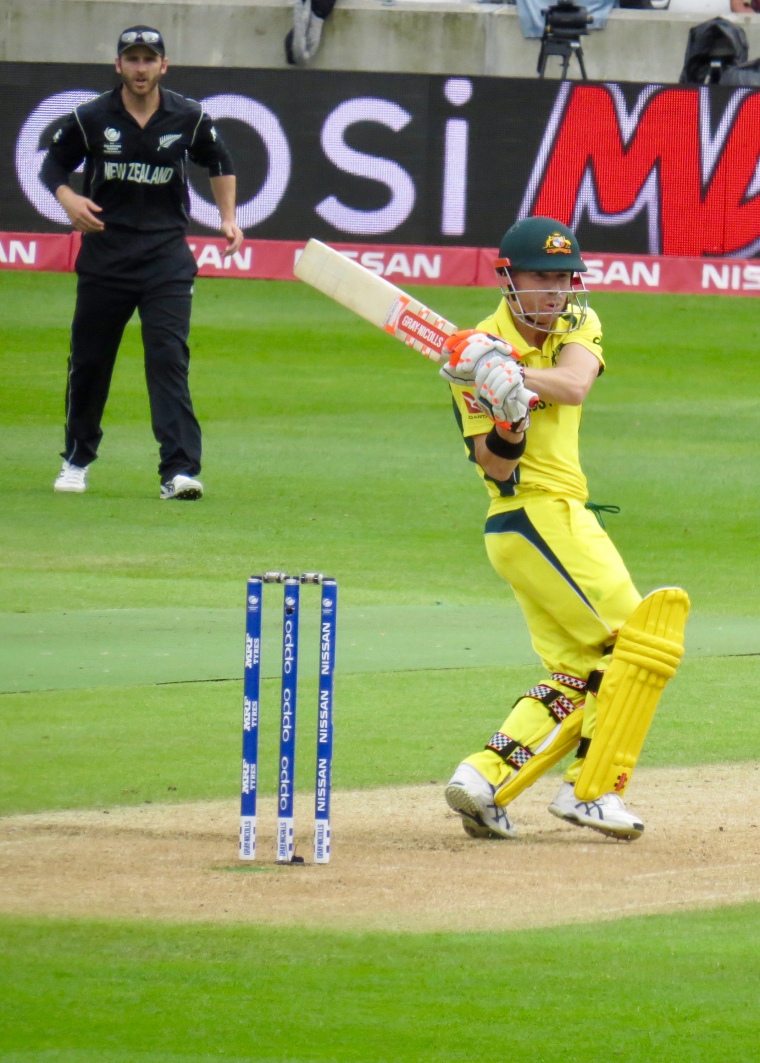 David Warner and Aaron Finch opened the batting, both explosive players, Warner hit a mighty 6 then failed to find the boundary with the next ball and was caught by Ronchi from the bowling of Trent Boult  Australia were 27 for 1, Finch went 2 overs later caught Taylor from the bowling of Adam Milne. 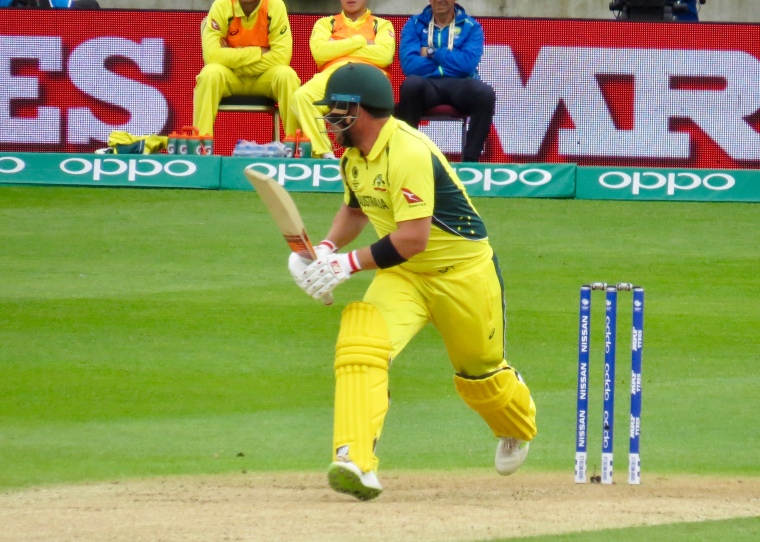 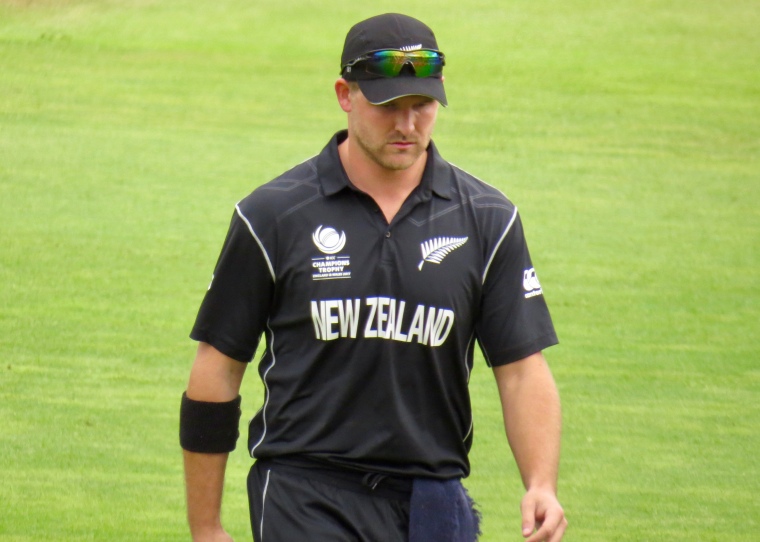 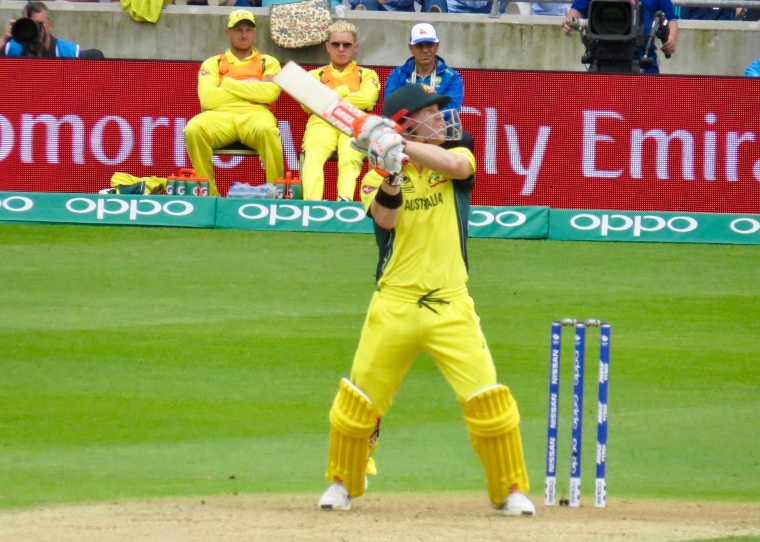 Henriques came in to bat with his captain Steve Smith, but lost his wicket in the 9th over caught and bowled by Milne.  The rain the came, it was monsoon like this time and with only 9 overs having been bowled the game was abandoned with no result possible.  Australia were 53 for 3 and saved by the rain I believe. 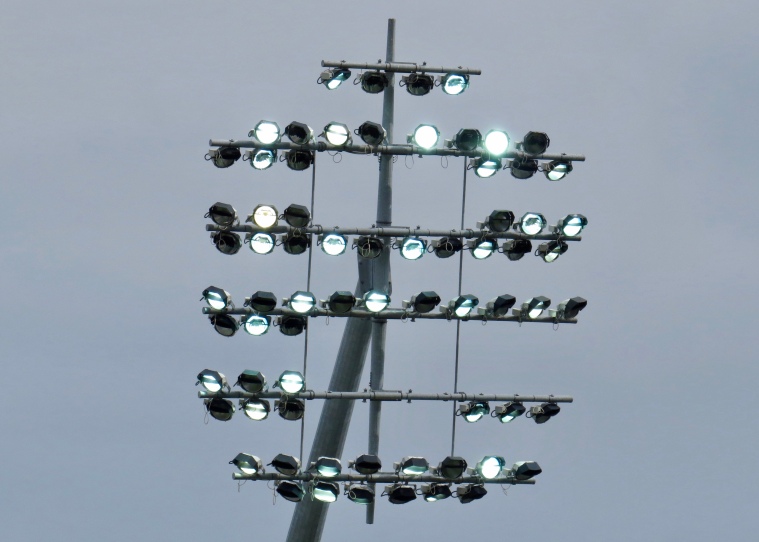 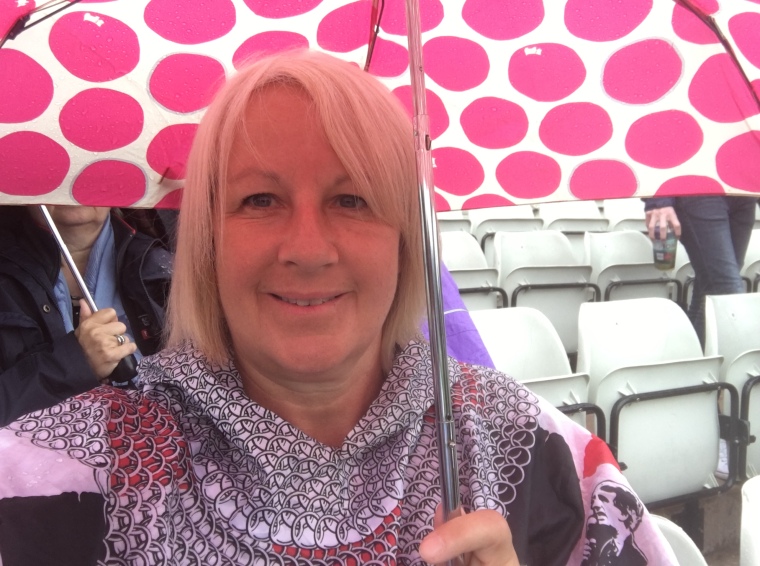 In spite of my wet weather gear I got soaked, the two teams split the 2 points before moving on to their next match.