Autumn International time is nearly here which means club rugby switches over to the Anglo Welsh Cup, before I focus on the match I went to here’s an explanation of […] 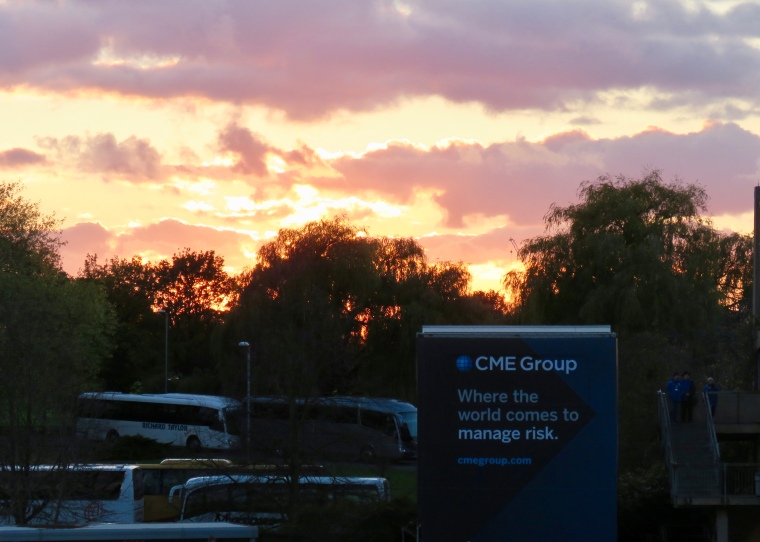 Autumn International time is nearly here which means club rugby switches over to the Anglo Welsh Cup, before I focus on the match I went to here’s an explanation of the competition from the Premiership Rugby site –

Harlequins are in Pool 2 with Exeter Chiefs, Sale Sharks and Newport Dragons. Saracens sit in Pool 3 with Northampton Saints, Worcester and Scarlets.  The competition is a chance for those on the edge of the Premiership Rugby competition to play competitive rugby with a trophy up for grabs. 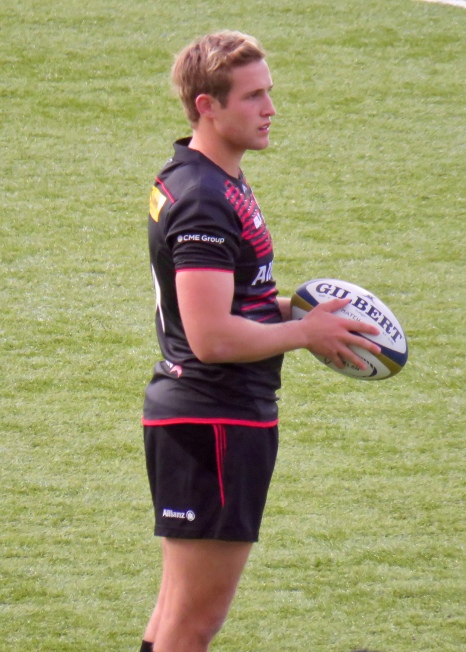 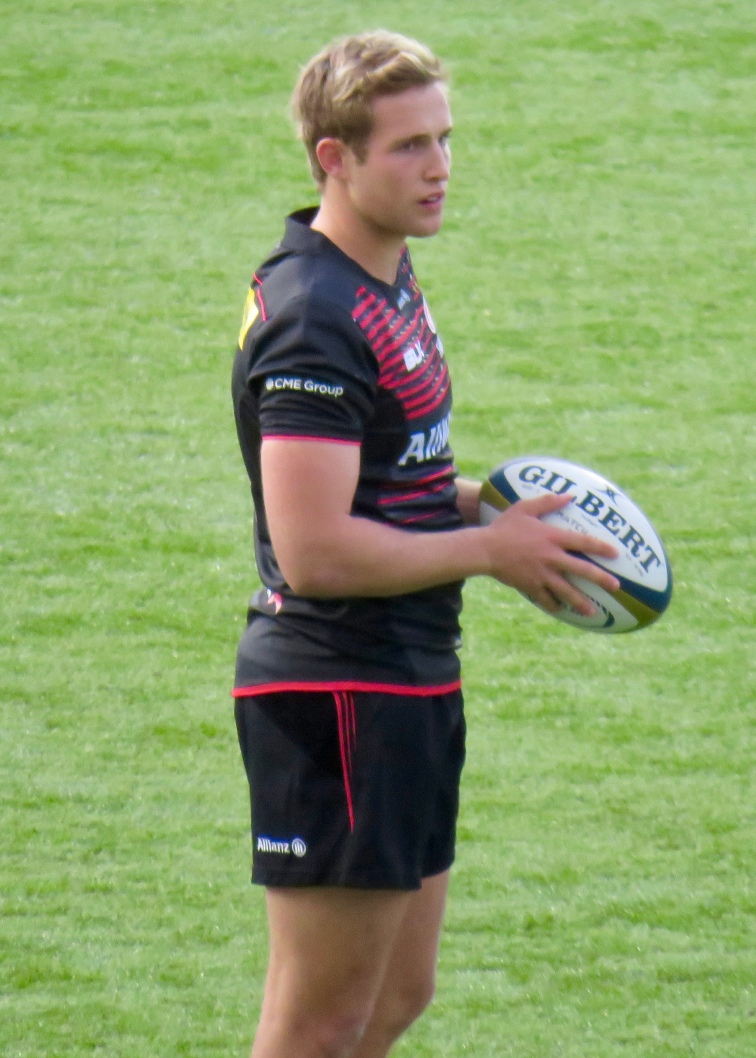 In common the A league the teams generally consist of young upcoming players and more experience players who can’t find their way into the first XV on a regular basis.  It’s a competition I thoroughly enjoy as it gives fans the chance to watch the stars of the future and in this case, both Saracens and Harlequins have a strong history of bringing Academy players through into their first team and on to the England set up. 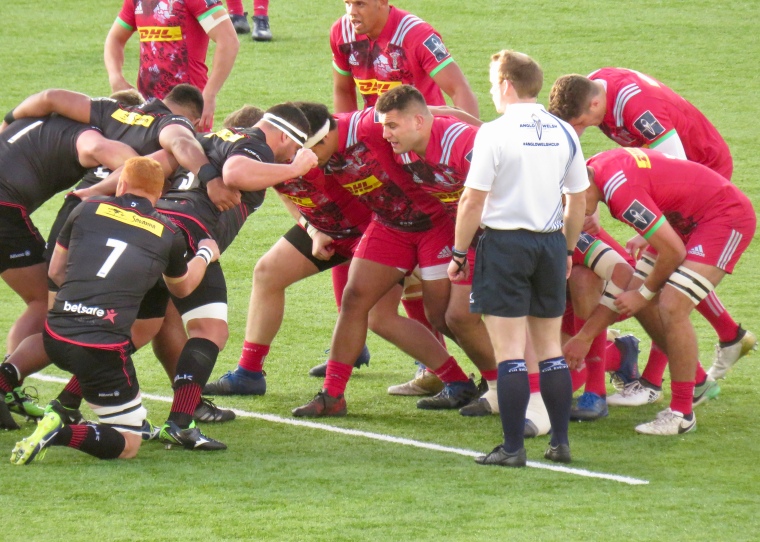 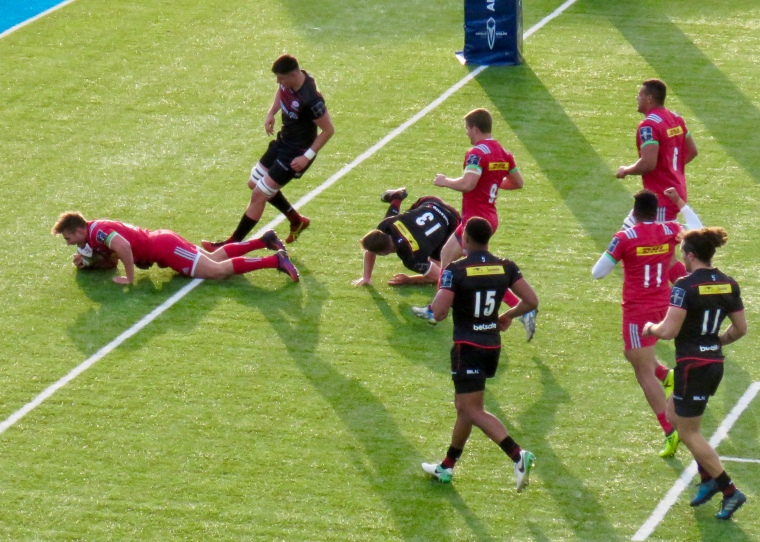 And so two teams chock full of young stars lined up against each other at Allianz Park.  To highlight a few players from each team,

Now on to the Harlequins young guns

I’ve tried to list the players who have come through the Academy of each team, it hasn’t been possible to find full details on their England involvement in some cases.  But what this does show is the way this competition gives up and coming players at both clubs the chance to play in a high quality tournament. 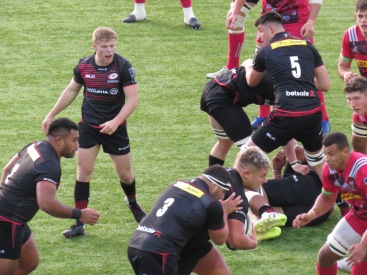 Noe for a little about the match, this was most definitely a game of two halves, the first belonged to Saracens in spite of the fact that Harry Sloan scored the first try of the afternoon for Quins.  Three Max Malins penalties and a converted try scored by Jack Nay saw the score at Saracens 16 harlequins 5 at half time.  The home team had dominated the half and deserved their lead. 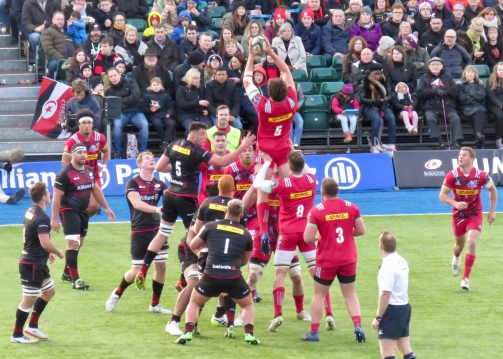 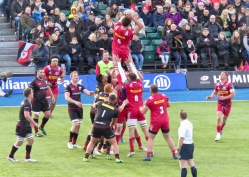 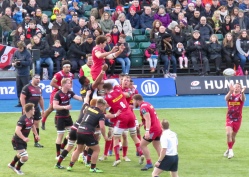 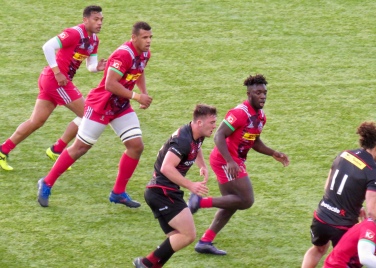 However things switched round in the second half after Saracens extended their lead to 21 points with tries from Nathan Earle and Tom Whiteley.  In spite of that lead it didn’t feel like a job finished as Quins fought back into the game.  They scored through Alofa Alofa and Elia Elia, yes, two players with the same surname as their forename! 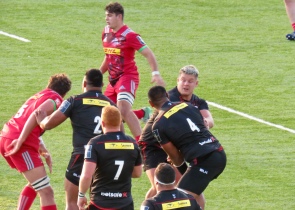 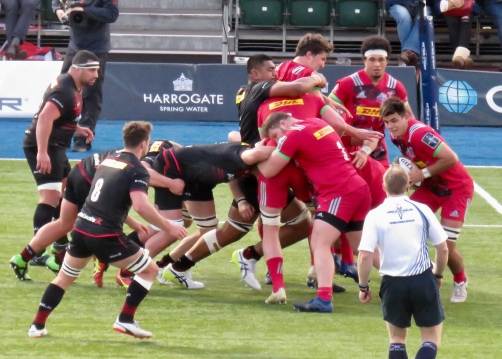 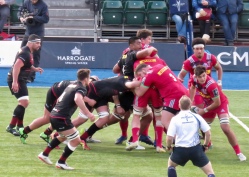 Max Malins added a further 3 points to take Saracens to 29 points and they seemed to be looking for a bonus point try, that push saw Quins take possession of the ball and after a 30 phase move battering the Saracens line the referee went to the TMO as he believed the ball had been grounded by Quins.  He asked if there was any reason not to give a try and Graham Hughes the TMO had no option than to answer that in the negative.  The try was awarded and promptly converted, The final score was Saracens 29 Harlequins 30. 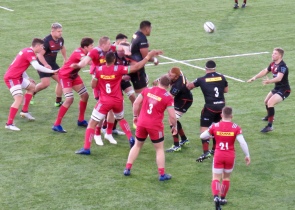 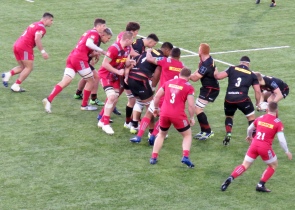 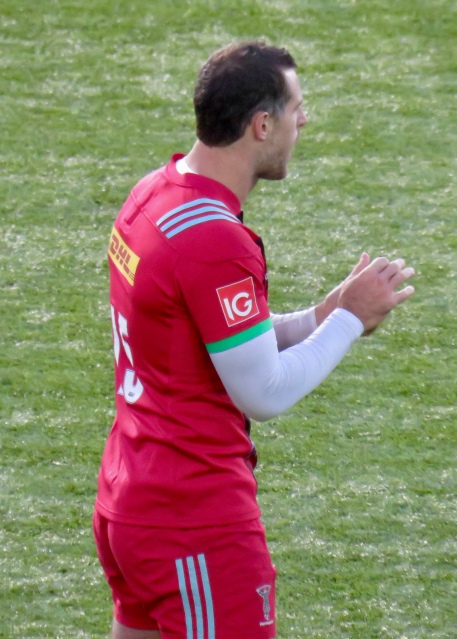 It was very disappointing to hear a few boo’s ring out as the try was awarded, those who did that should probably buy one of the ref radios and check out the laws of the game.  Based on their second half performance Quins went home deserved winners, no one likes a bad loser, booing isn’t something that should be happening at a rugby match. 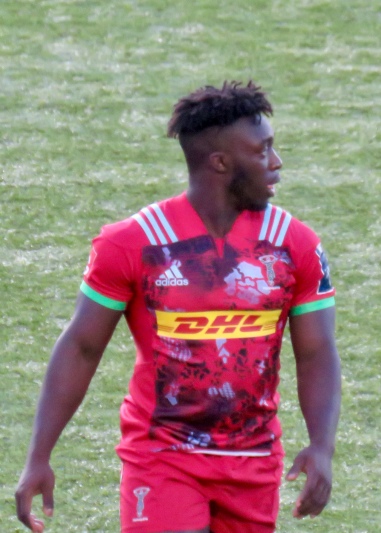 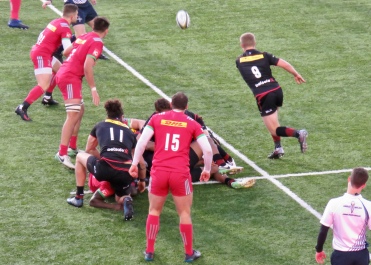 Both teams played some wonderful rugby, it was great to see the young players from both sides shine.  It was interesting to see Tim Visser playing at Full Back for Quins as well as Nathan Earle for Saracens, they both did a good job.

A nice added bonus on the day was the ‘performance’ of Sarrie the Camel – he (or she) was laugh out loud funny! 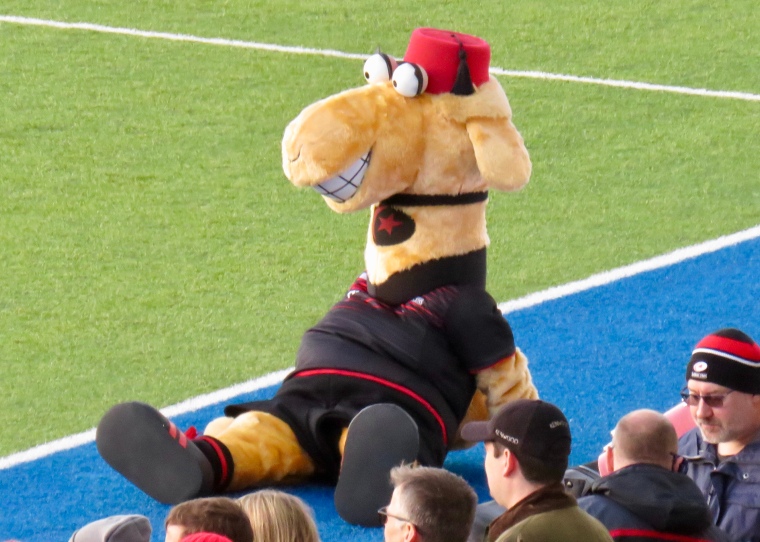