Before I start writing about Day 2 of this third Test between England and India I should confirm that I am an England fan, but, luckily for me I’m a […]

Before I start writing about Day 2 of this third Test between England and India I should confirm that I am an England fan, but, luckily for me I’m a fan of the game of cricket first.

I had an OK sleep after Day 1, the Airbnb I’m staying in is close to a hospital with an Accident & Emergency Department so that meant sirens going until around midnight to start again early in the morning, a sort of built in sleep alarm.

I walked to the tram again, then discovered that there’s a free shuttle bus to the ground with a Tram ticket, or just £1 each way without.  It’s taken me a few trips to Nottingham to work that one out!

I arrived in good time to meet Christopher and Cath, Christopher and I are in a Facebook group set up in honour of BBC TMS, it was good to meet fellow cricket mad people.

My seat was in the Radcliffe Road stand Middle Tier again, it really is one of the best views I’ve had to watch cricket, a perfect view of the play.  The field was totally full when I arrived, I’m not sure I’ve ever seen so many people before the start of play.  One thing I have noticed is that India take every single opportunity they can to get cricket practice in.

Play was late to start as rain had been falling for a few hours, well more like drifting as it was that fine, difficult to get away from stuff!

India started the day on 307 for 6 having lost the wicket of Hardik Pandya as the last piece of cricket the evening before.  New boy Rishabh Pant and Ravi Ashwin were looking to take their team towards the 400 mark.  England’s bowlers would be hoping to restrict them. 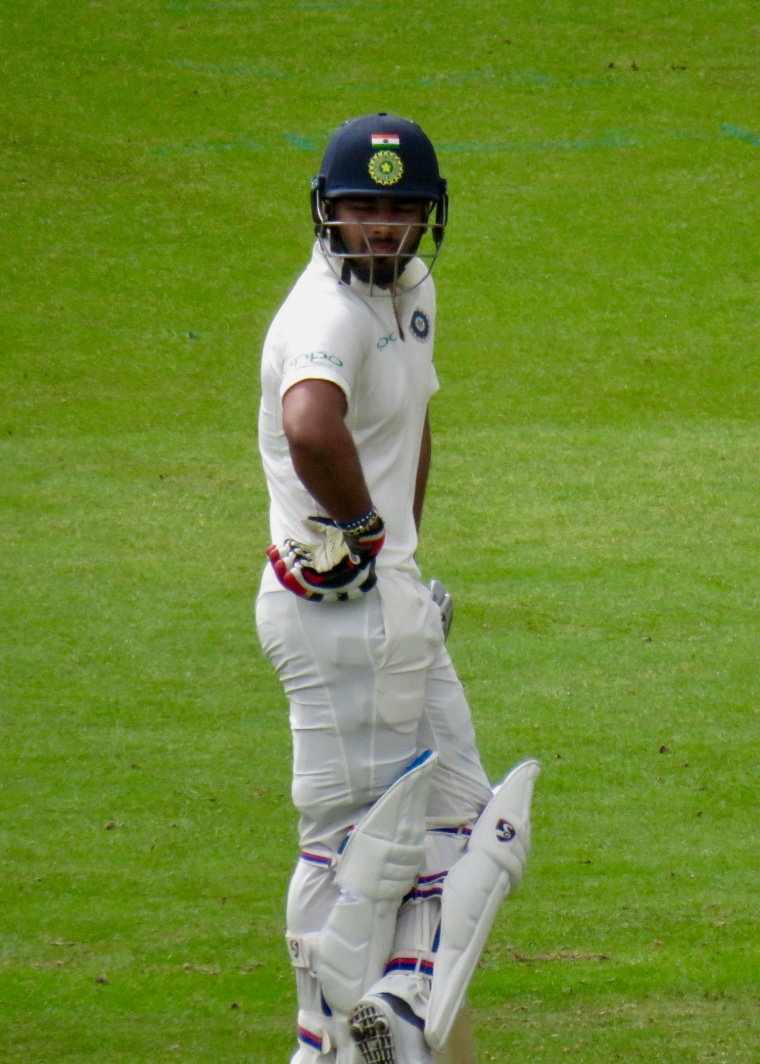 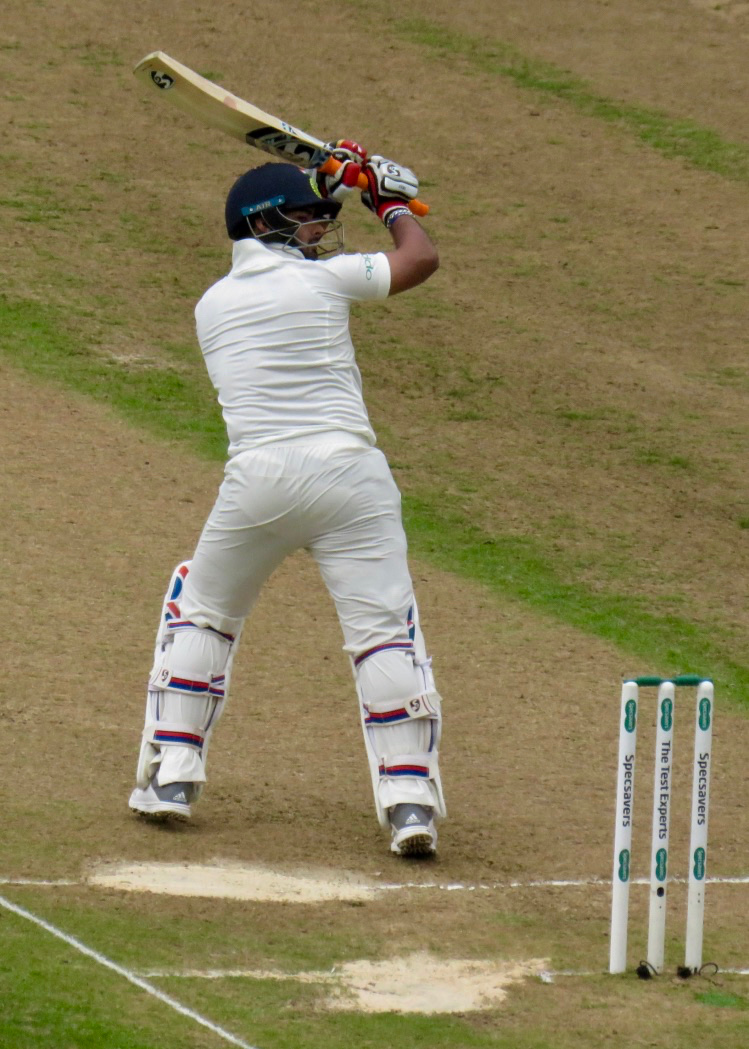 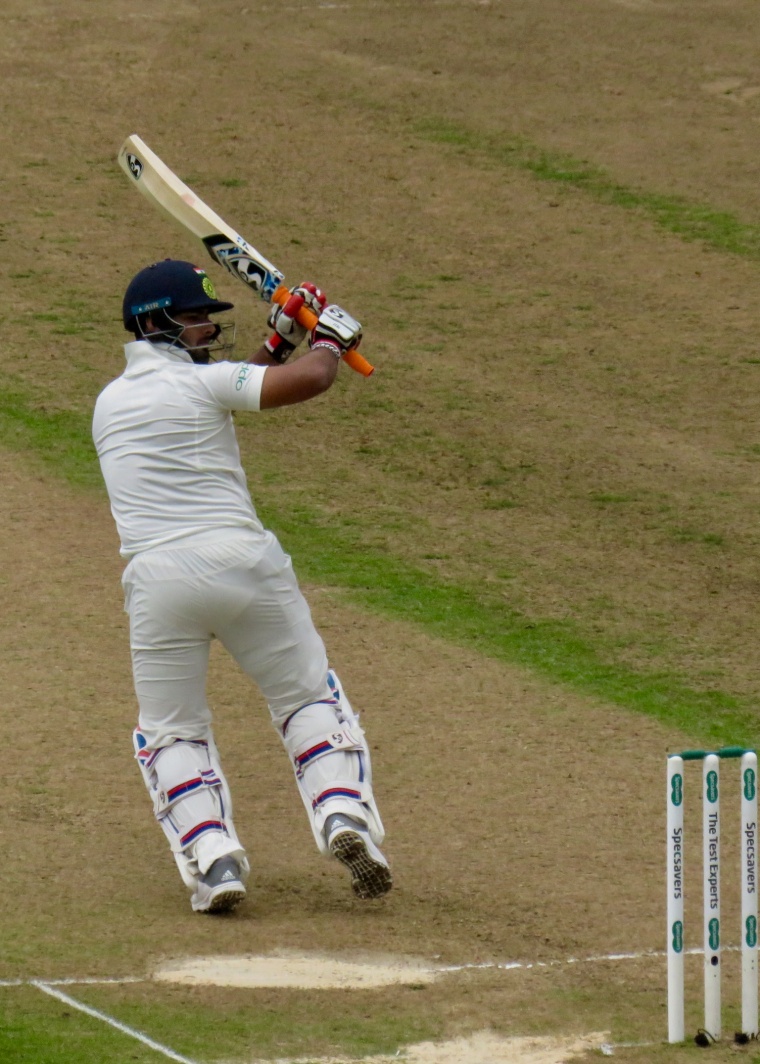 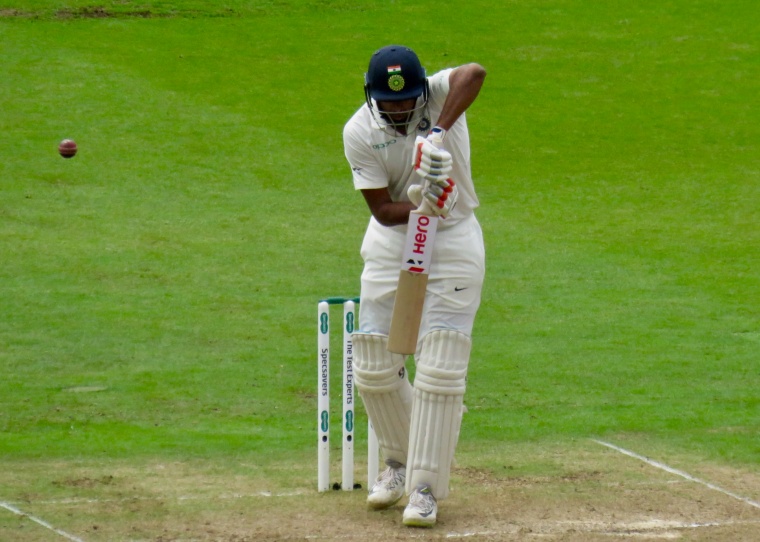 The young debutant looked comfortable at the crease, he played an assured innings but was undone by a non too special ball from Stuart Broad, he chopped the ball into his stumps and was out for 24.  Ashwin hadn’t looked as comfortable as his young partner and a better ball from Broad took out his middle stump. 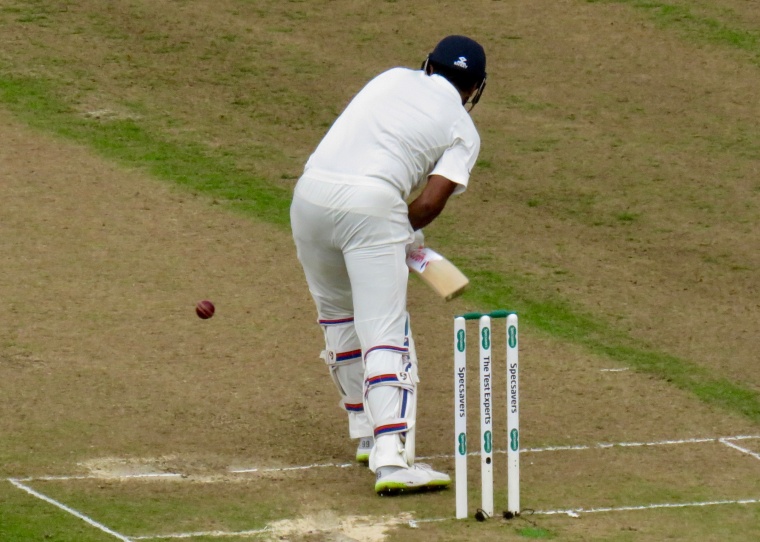 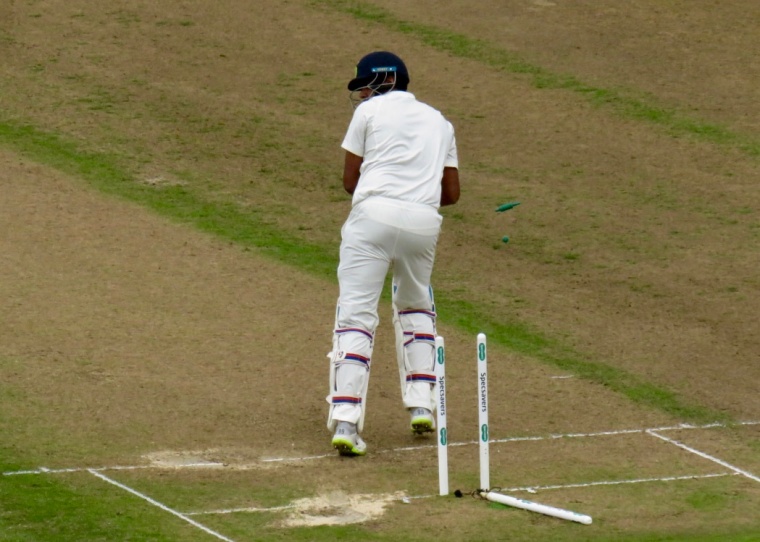 Having had a fairly miserable Day 1 this was a better session for England.  Mohammed Shami swung his bat wildly at a ball from Jimmy Anderson, the ball seemed to stay in the air for ages, I rarely get a catch photo as I’m too busy watching them,   I didn’t get all of Stuart Broad, but I am going to count these as catch photos. 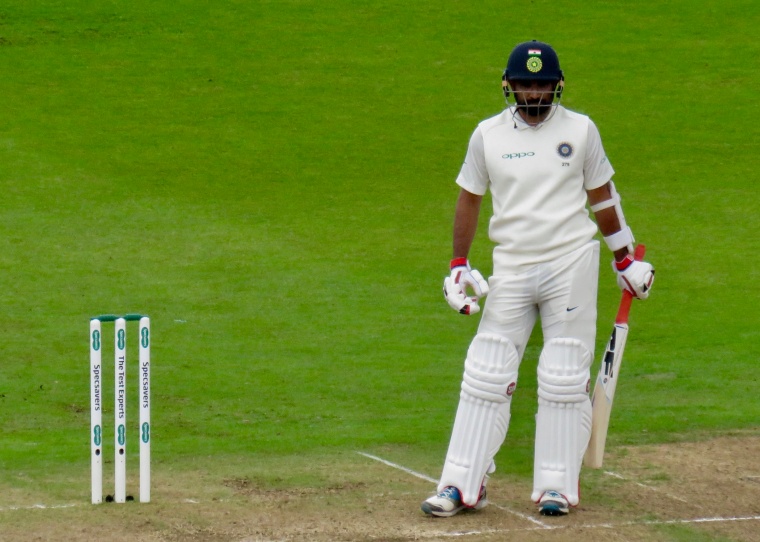 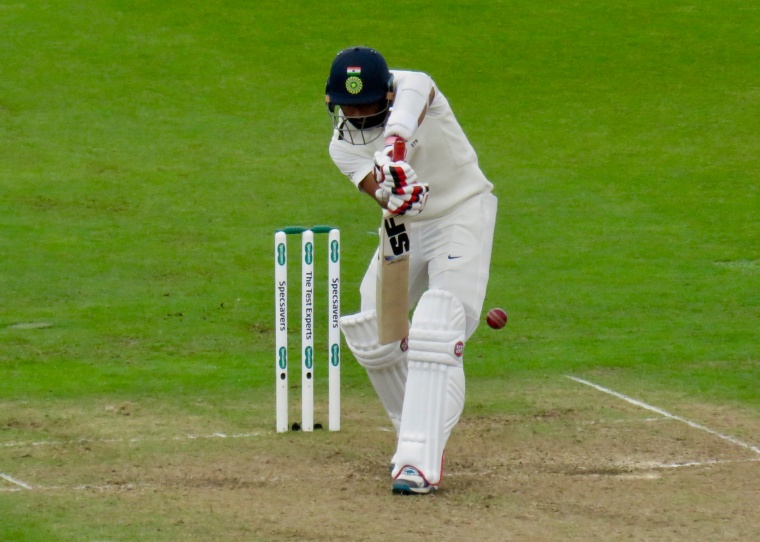 Jasprit Bumrah was in at 11, with an average of 1 he wasn’t going to last long and was bowled for a Golden Duck by Anderson, leaving him on a hat-trick.  India were all out for 329, they ‘d lost 4 wickets for 22 runs.  But, much worse was to come for England. 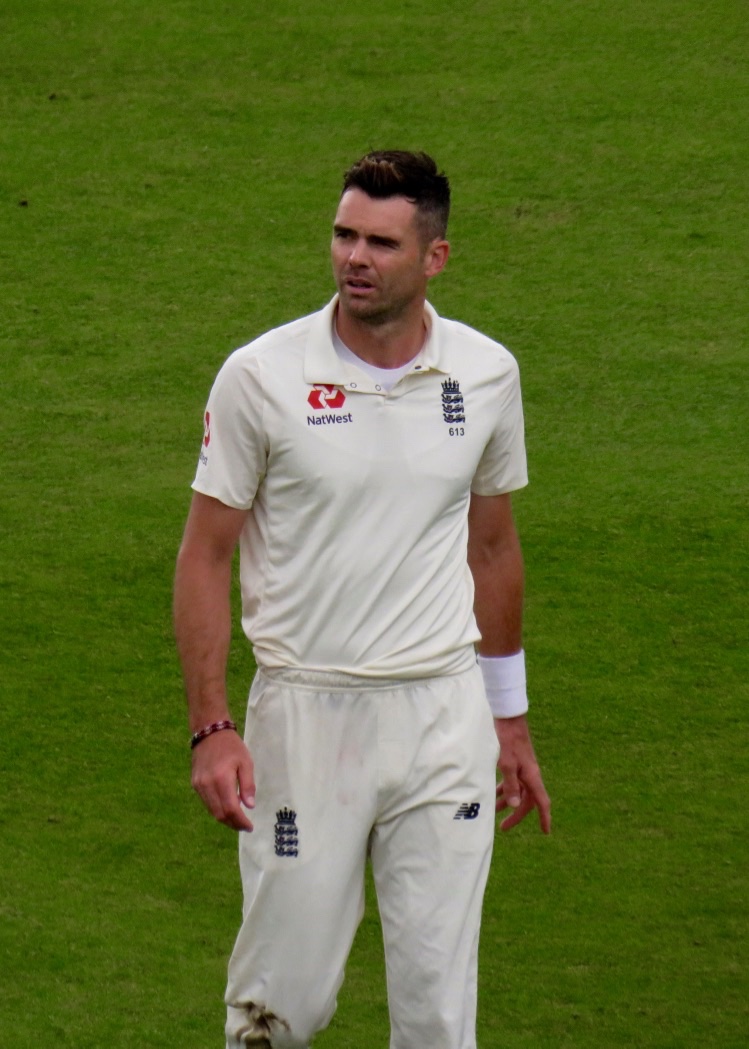 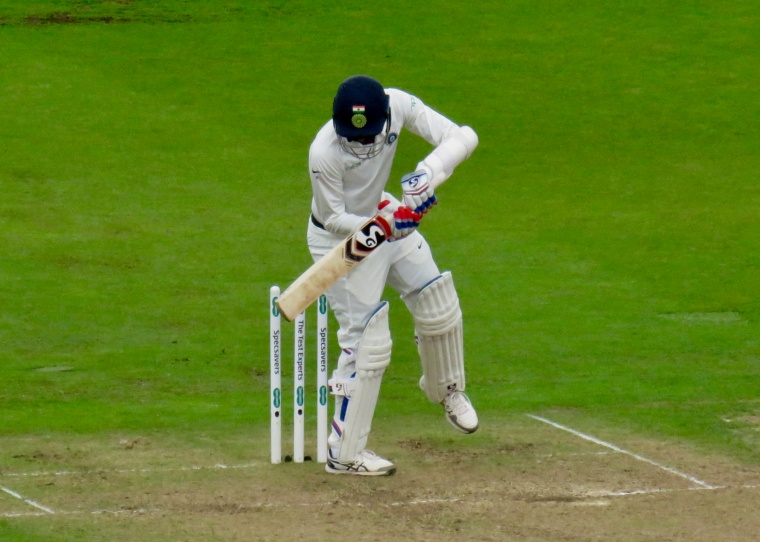 Things would go England’s way until lunch, meaning they won at least a session in this match.  Keatin Jennings and Alastair Cook opened and looked comfortable, reaching 54 before Cook was caught by Pant from the bowling of Ishant Sharma, the 10th time Sharma had claimed the England openers wicket.   It was good to see Bumrah bowling after recovering from a broken finger. 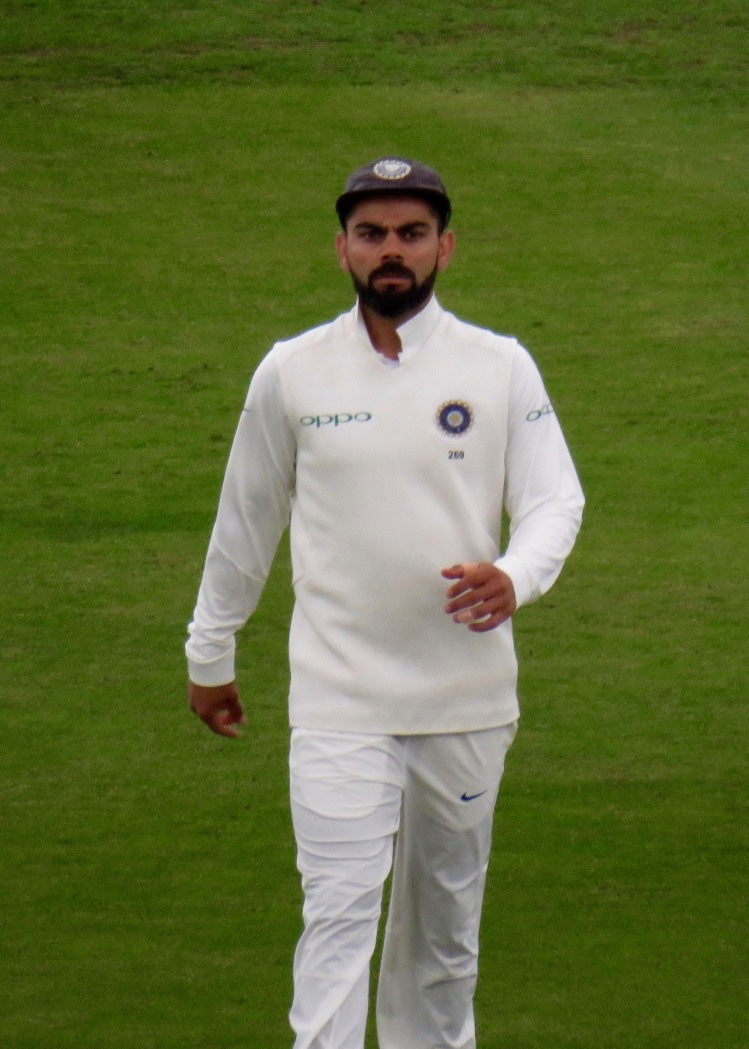 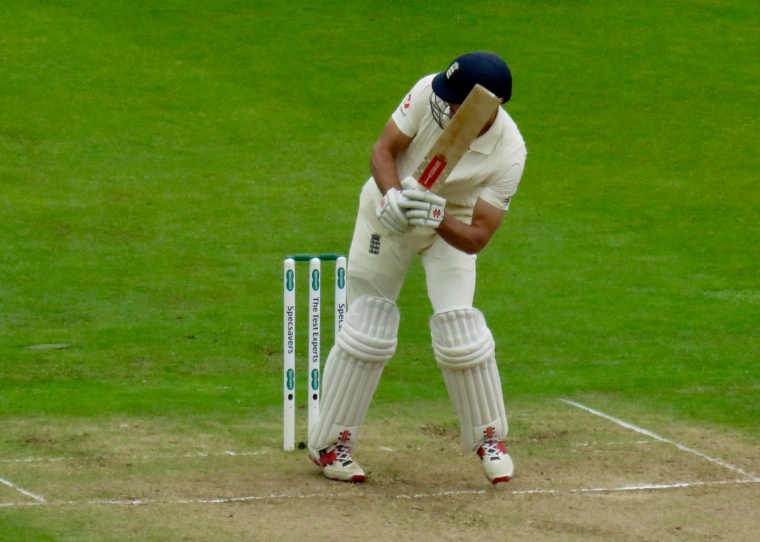 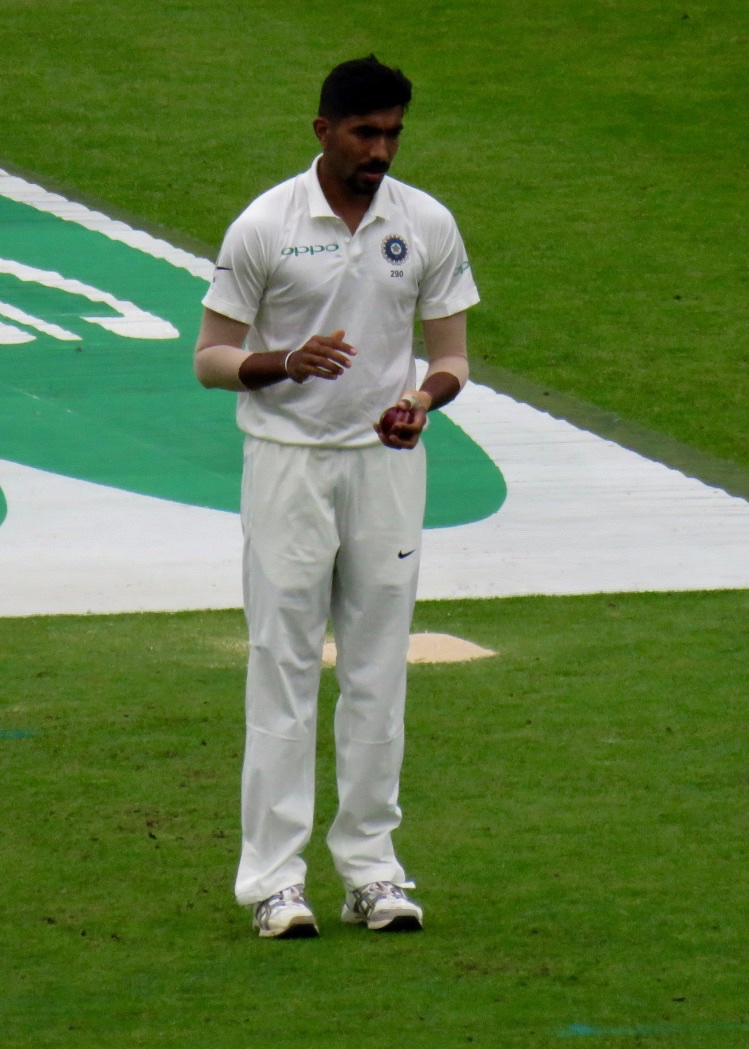 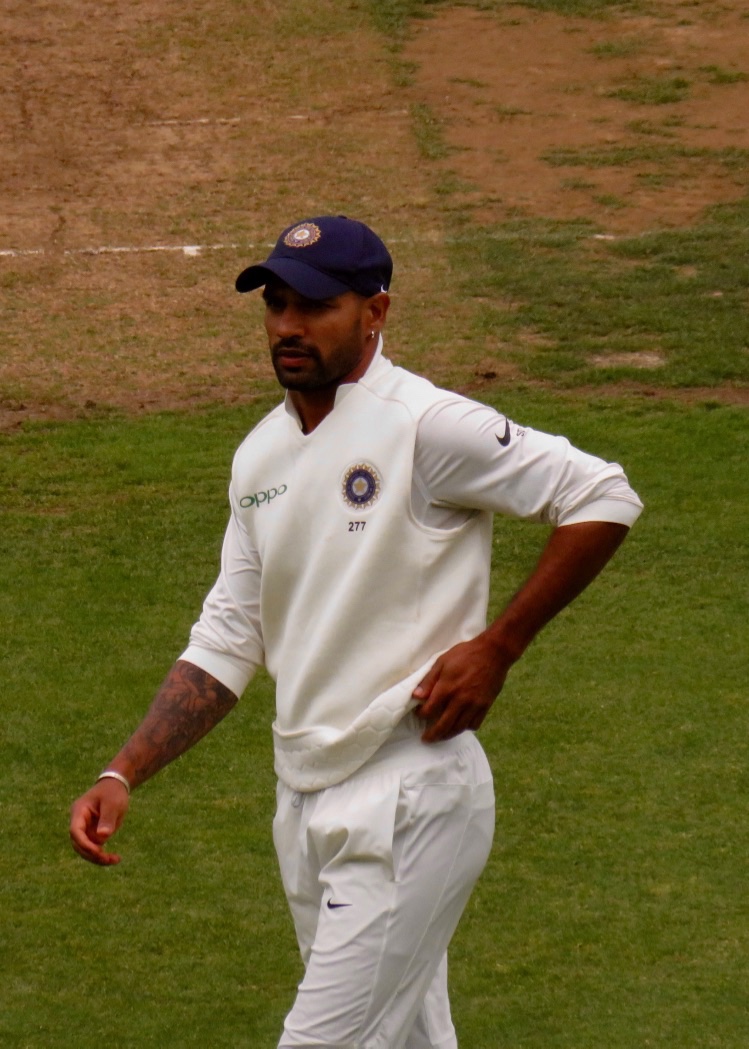 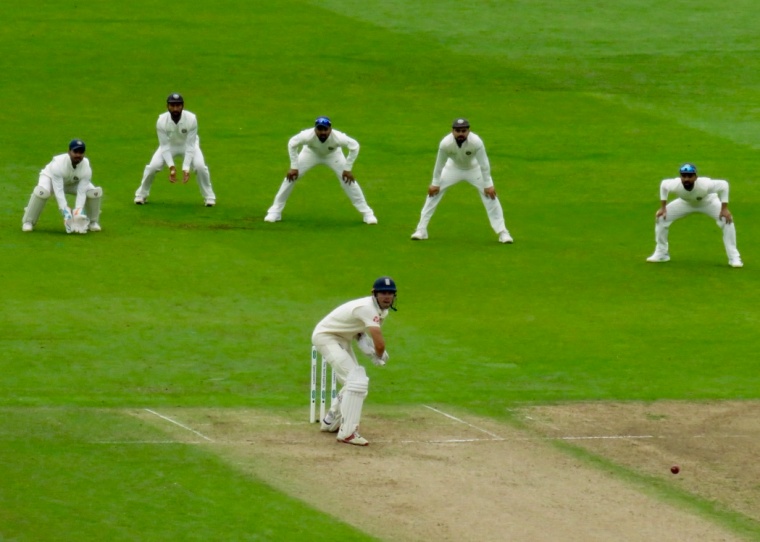 More photos today because I don’t think I’ll be writing many more words!  Jennings was out the next ball, caught by Pant from the bowling of Burma, 54 for 2 for England, a promising start was starting to be wiped out! 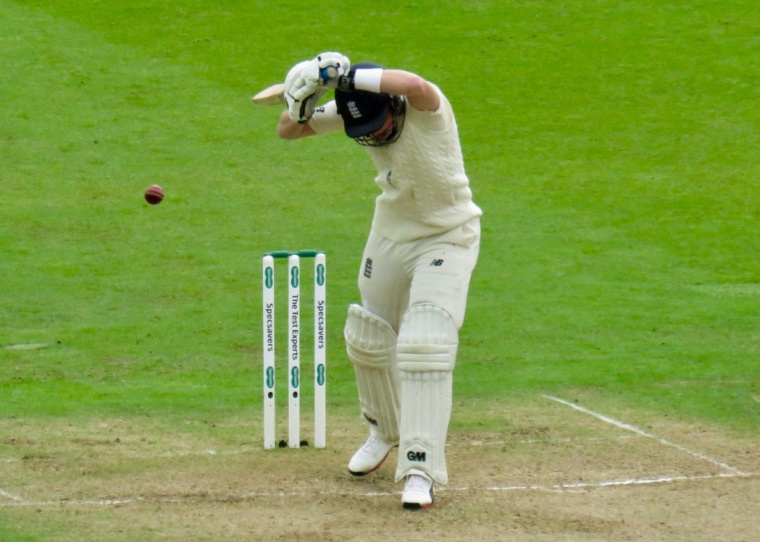 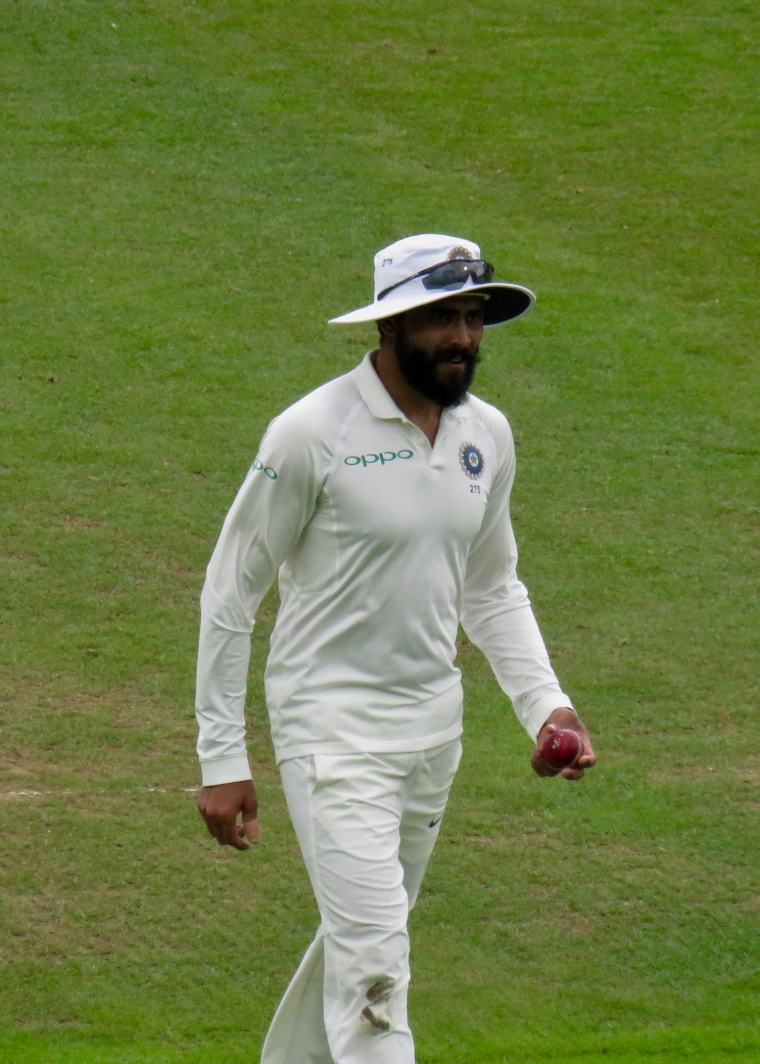 Ollie Pope came in at 4, he bats at 6 for Surrey so this really is a big ask of the 20 year old.  Jadeja appeared on the field too, India’s best fielder after Kohli has spent an awful lot of time fielding considering he hasn’t been in the starting XI yet.  On this occasion Ashwin was off the field with an injury, he’d reappear then disappear again.

England found themselves on 75 for 3 when Pant took his 3rd catch and Sharma his second wicket, Pope was out for 10.

The next wicket, Joe Root’s came with a level of controversy, he edged a ball from Hardik Pandya to KL Rahul, the soft signal was out, but the umpires went to a review.  The ball seemed to bounce in Rahul’s hands, and the decision was upheld.  Root may yet be in difficulty over his reaction.  And it was a shame to hear the crowd booing, especially when the much shorter Rahane fielded out on the boundary.  England  were in difficulty on 108 for 5. 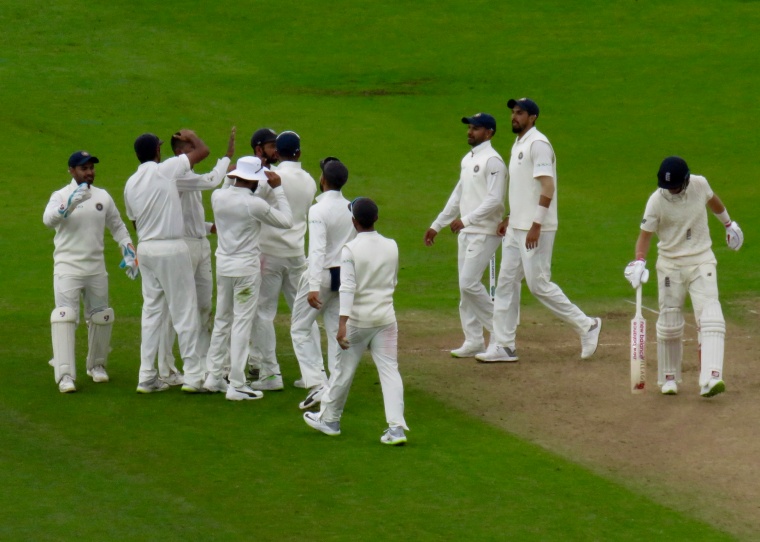 That 108 for 5 soon became 128 for 9, now you know what I meant when I said things would be worse for England.  Jos Buttler showed some fight to add 39 before he was caught from the bowling of Bumrah.  England were all out for a woeful 161.

Hardik Pandya finished with an honours board performance of 5 for 28 and Pant took 5 catches, not bad for a 4th change bowler and a debutant!  England didn’t even make half of India’s score.  What a difference a week makes! 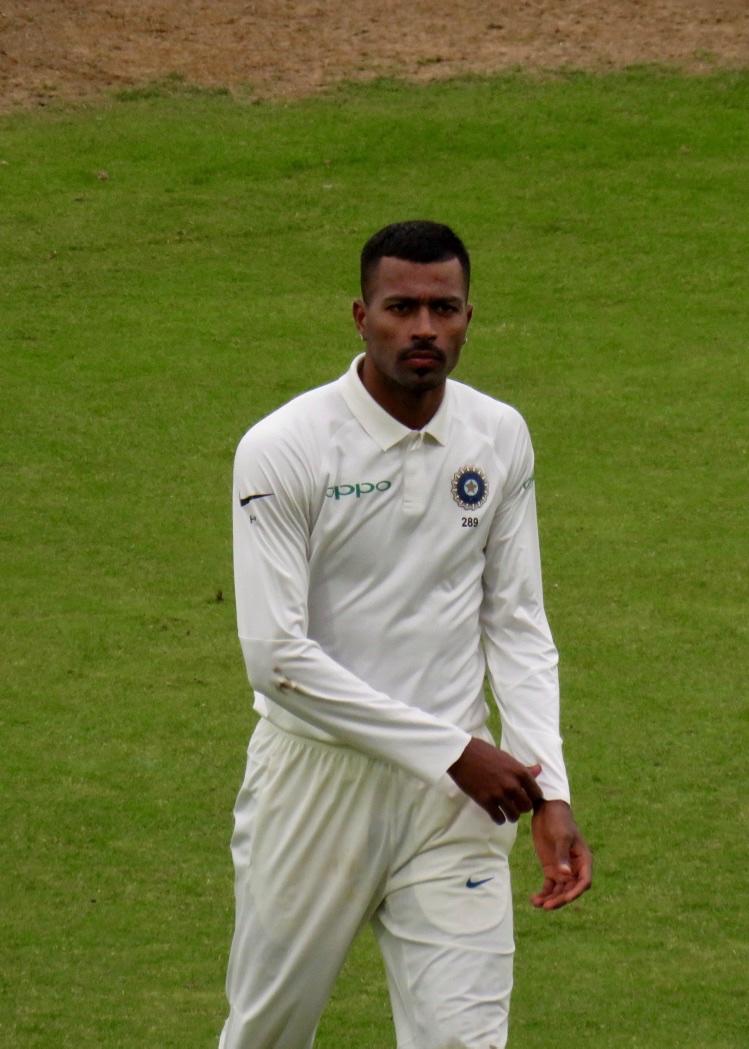 I’ll try to add more photos later, but it’s getting late again and I have Day 3 to go to tomorrow.  So. on to India’s second innings.

As per usual Jimmy Anderson and Stuart Broad took the new ball and the openers Dhawan and Rahul had some batting practice pretty much, or thats what it felt like.  They again reached 60 before Rahul was bowled by Ben Stokes, he’d scored 36. 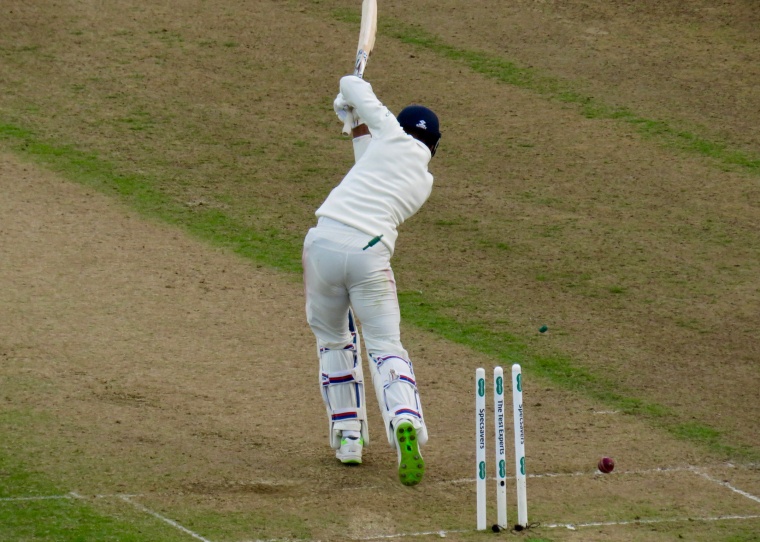 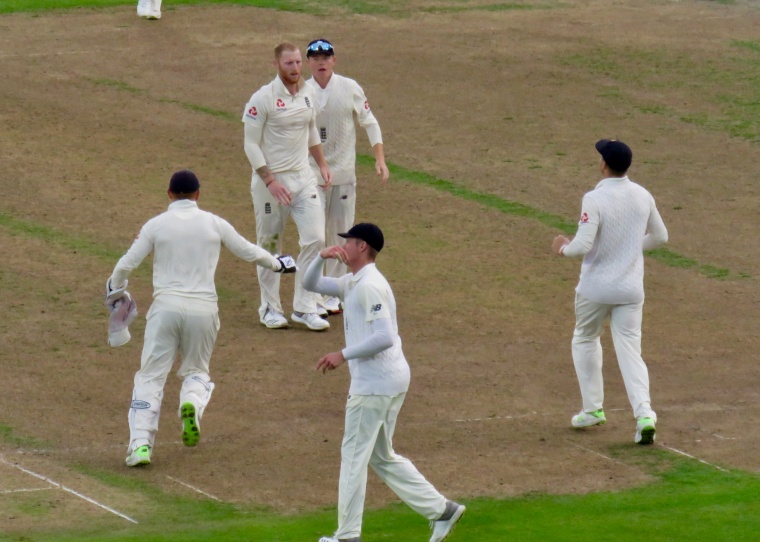 I am going to have to come back to this as far as photos are concerned.  Dhawan and Pujara put on 51 before Dhawan thought it’d be a good idea to walk down the wicket to Rashid, he missed the ball and was stumped by Jonny Bairstow.  Dhawan had made 44 including 6 Fours and India were 111 for 2, building a big lead. 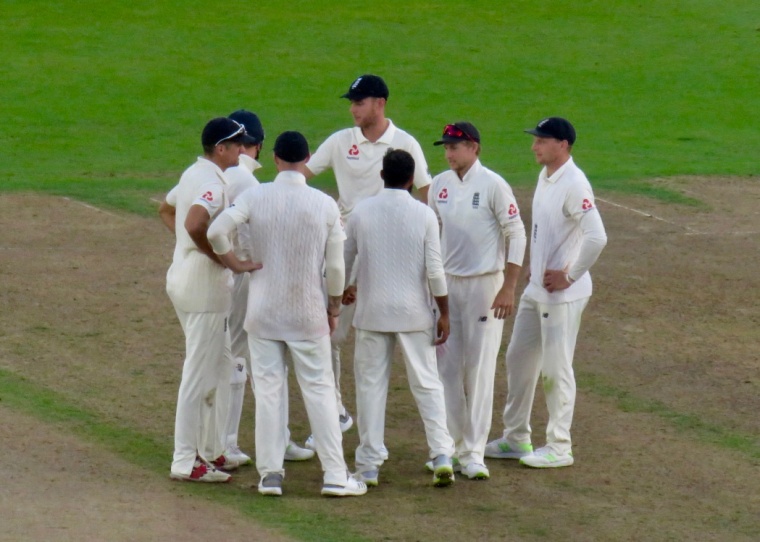 That wicket brought Virat Kohli to the wicket, things were getting better for England 🙂

The day was extended to 7pm to account for the delayed start, but 10 overs remained for the day.  A shortfall of 10 overs having paid £70 for the day wasn’t good at all.