MORE PHOTOS TO FOLLOW WITH PROPER INTERNET ACCESS – I warn there are lots of India celebrating! This should probably come with a warning, this may well become a rant!  […] 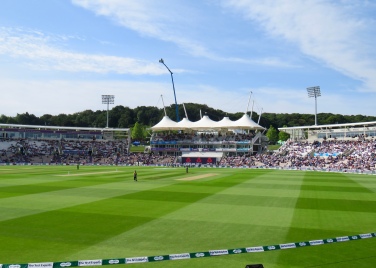 This should probably come with a warning, this may well become a rant!  Especially as I currently can’t access the internet in the expensive hotel I’m staying in!  My internet access has been better in the much cheaper Travelodge’s and Premier Inn’s I’ve stayed in than this Holiday Inn!

I had a good journey to Southampton, leaving behind rain in Essex where Hampshire were playing, to arrive at their home ground to a dry late afternoon.  I’d booked the Holiday Inn last year when I booked my cricket tickets as I didn’t want to have to mess about with the park and ride to get to the ground.  This hotel is a short walk from the ground, which was lovely this morning. 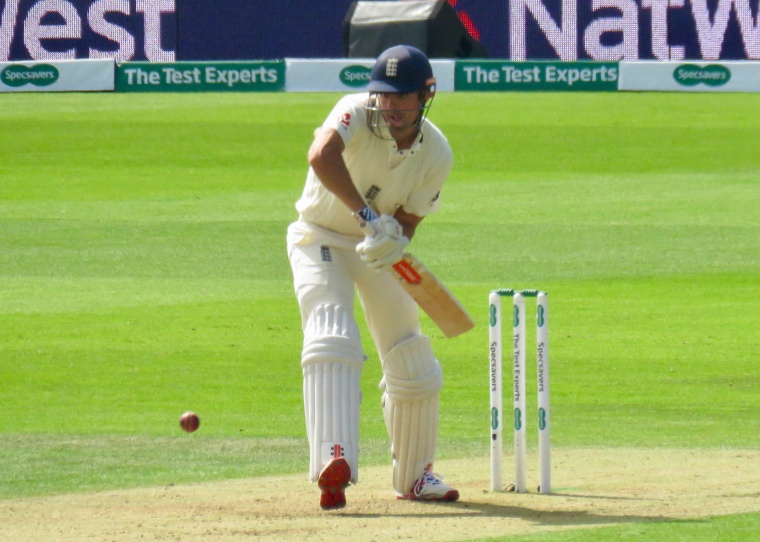 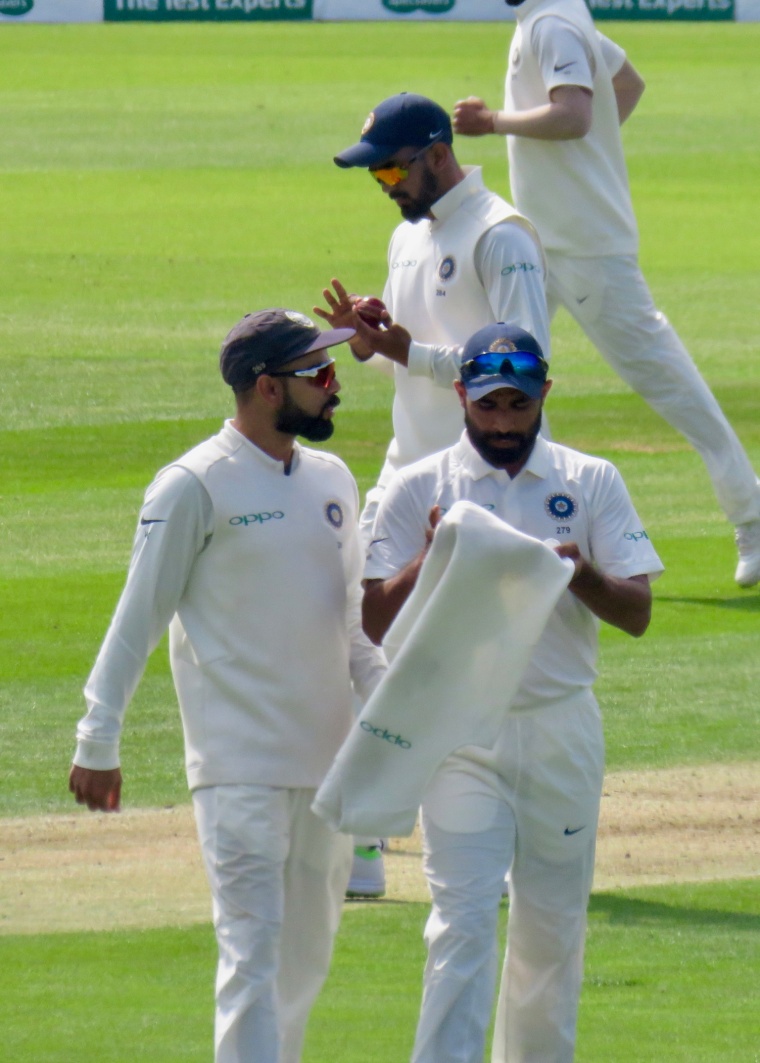 Joe Root won the toss and elected to bat, Virat Kohli when asked said he’d have done the same, whether the result of the decision would’ve been the same we’ll never know.  Alastair Cook and Keaton Jennings have had a miserable time against this India attack and Day 1 at the Ageas Bowl was to be no different.  Cook had scored 80 runs in 5 innings and Jennings 94, that figure wasn’t to change for Jennings, he looked uncomfortable from ball 1 and was trapped LBW by Bumrah for a Duck, the ball was apparently a corker, but an international batsman should really have a better average than 15.6!  I watched Jennings fail last summer and the same thing’s happening in 2018! 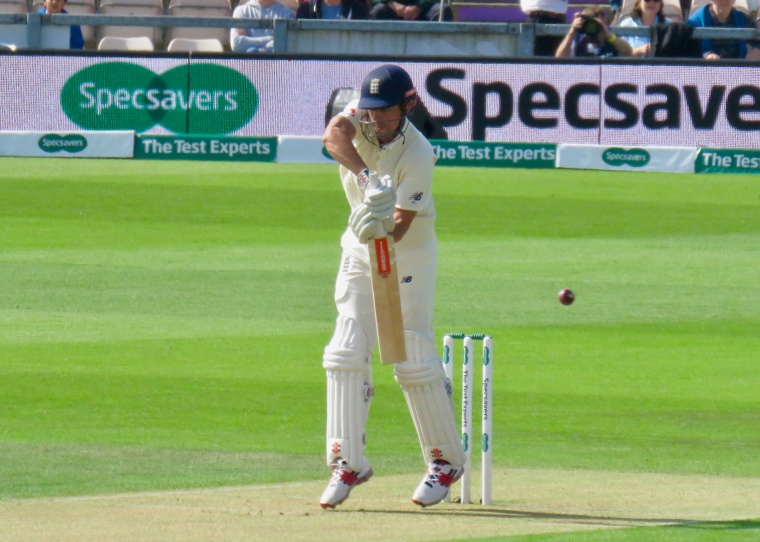 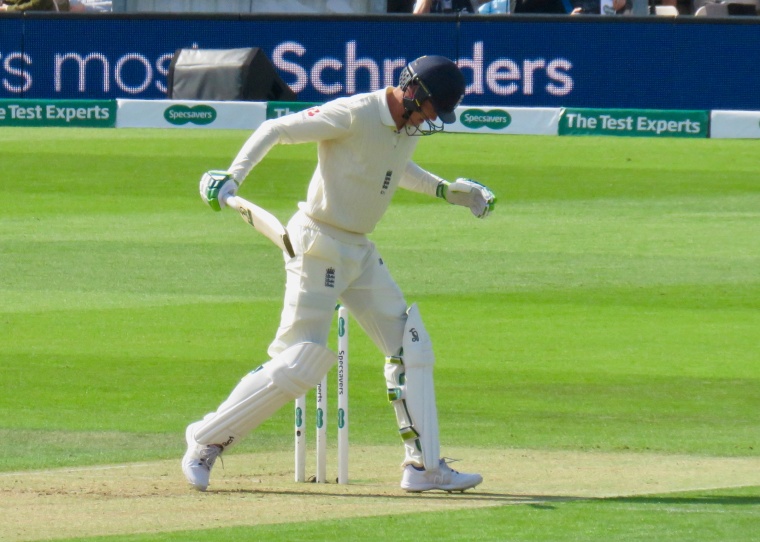 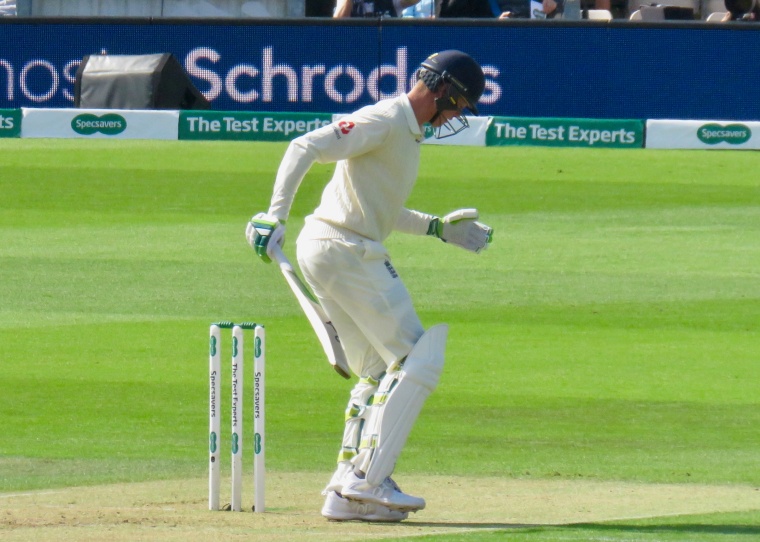 Joe Root came in at 3, when he prefers to bat at 4, go figure!  he survived an LBW appeal when he was actually out, but, Bumah had bowled a No Ball, saved by the ball so to speak.  But, he didn’t survive a few balls later when he was pretty much plumb to an Ishant Sharma ball for 4.  He wasted an appeal, which was to prove costly later in the England innings. 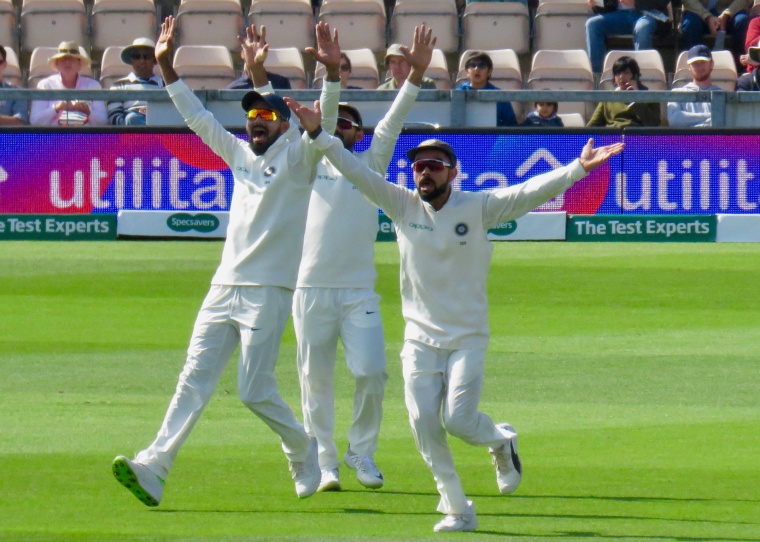 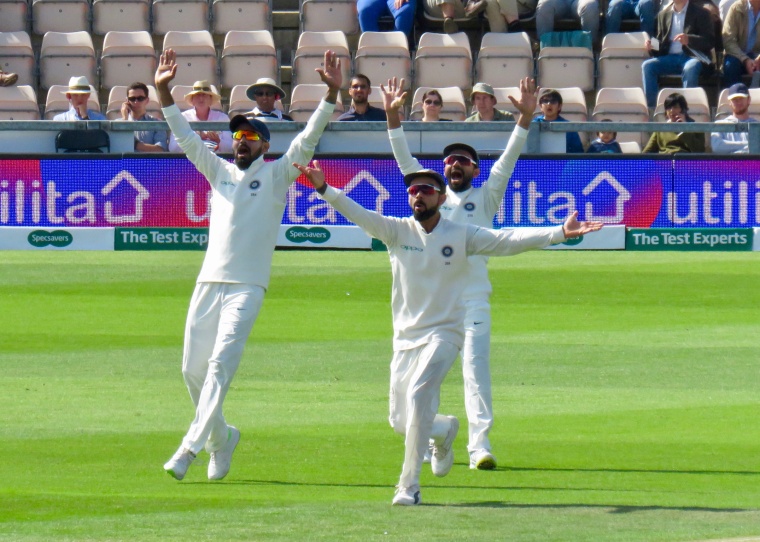 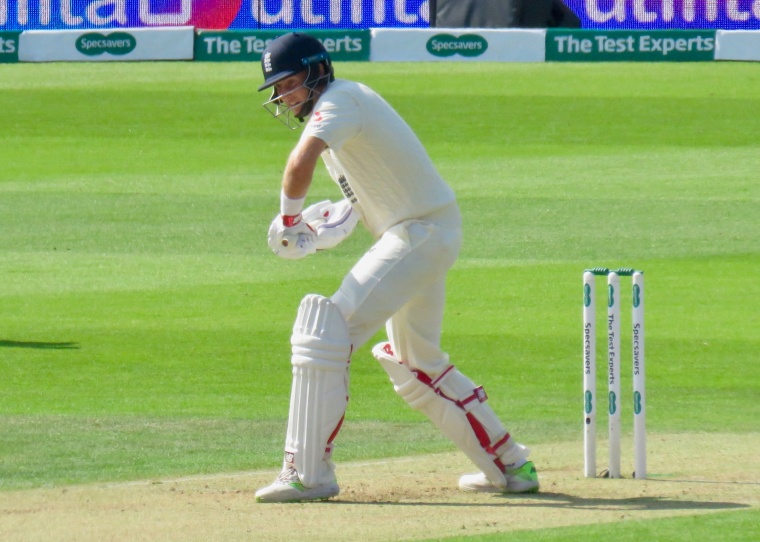 Jonny Bairstow was next in, included as a batsman with his fractured finger, that felt like an incredible risk to me and a sure sign that this England set up knows diddly squat about county cricket and hasn’t prepared in any way for the loss of a player like Barstow. 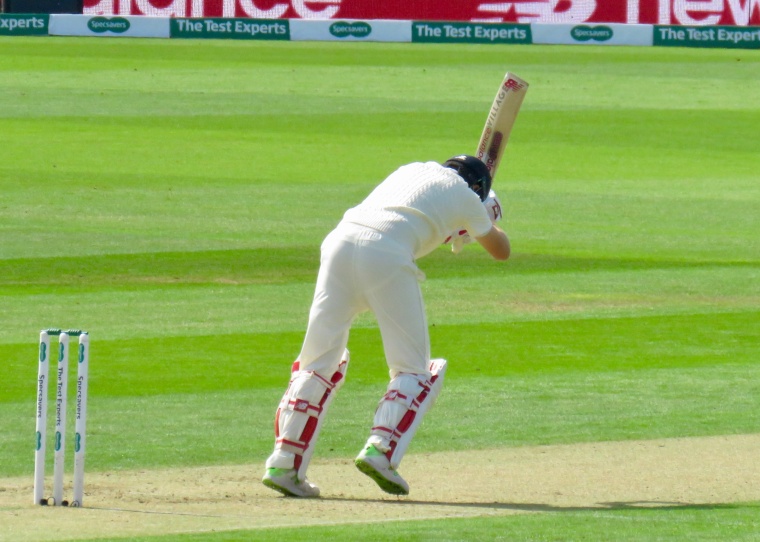 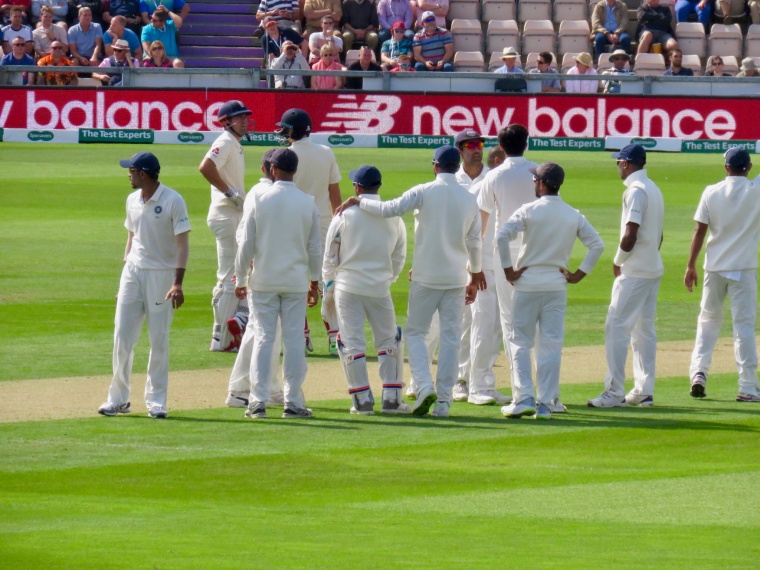 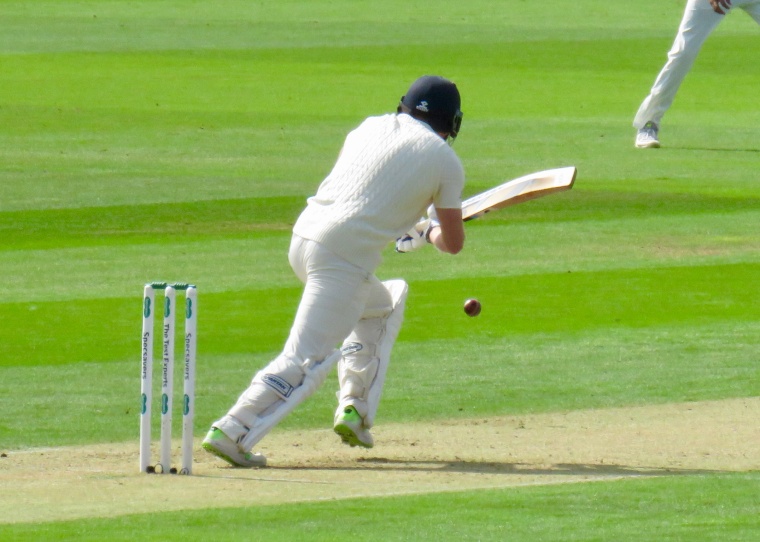 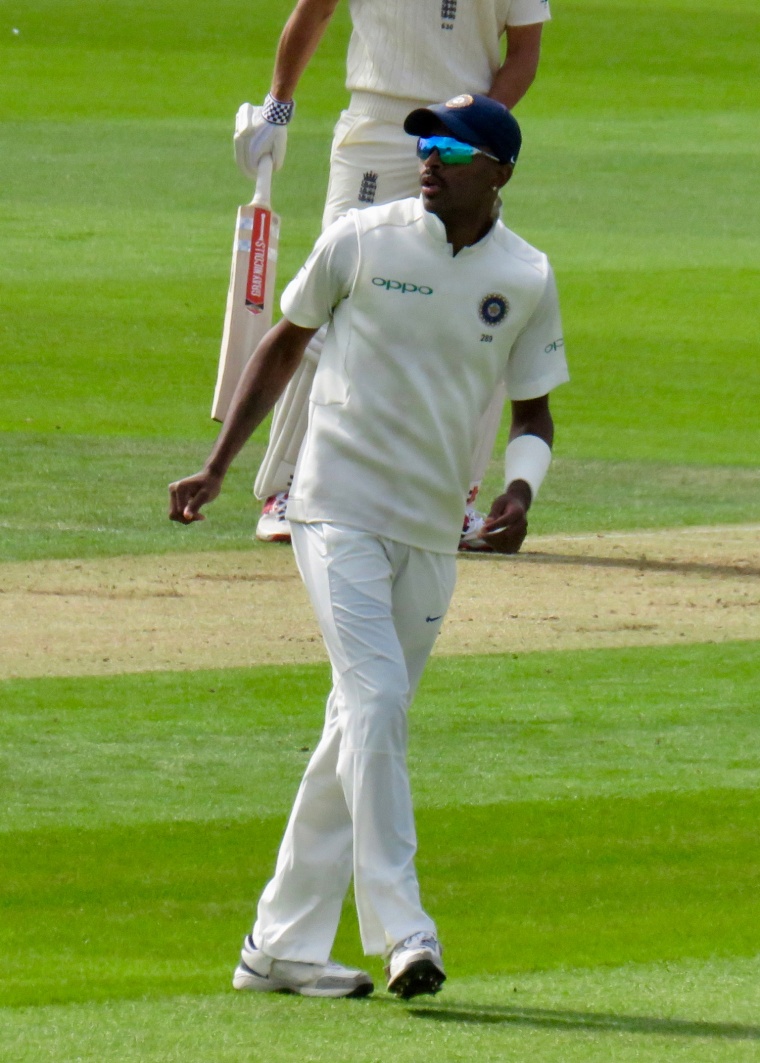 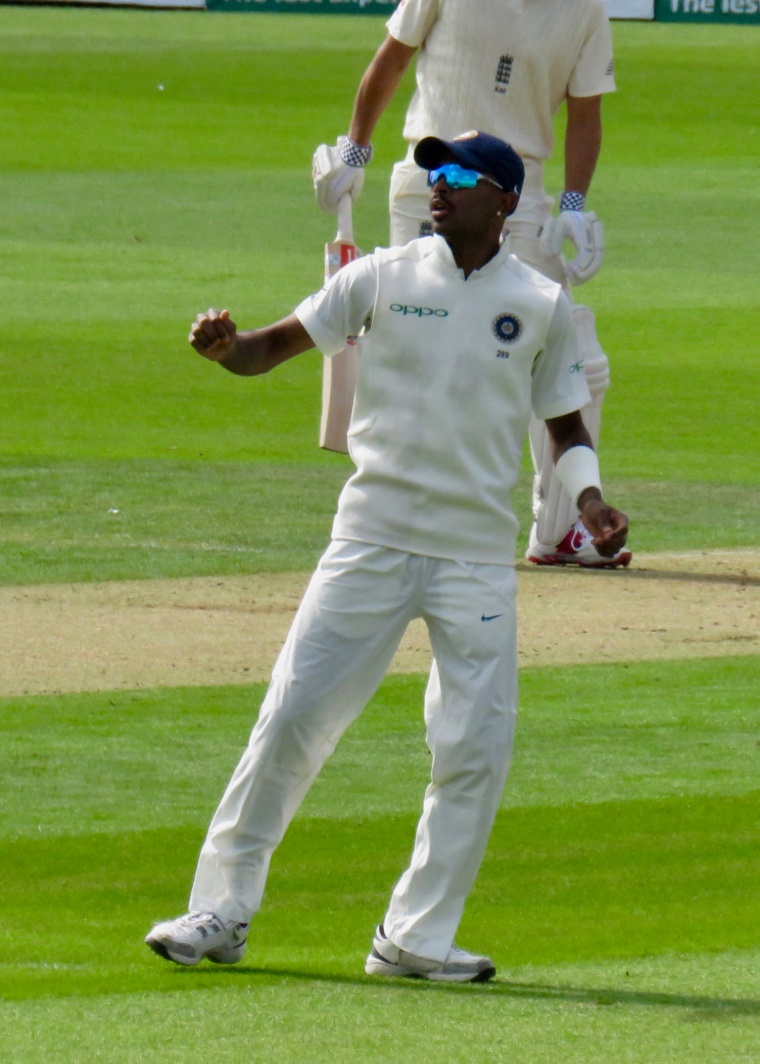 A player who’s incredibly quick between the wickets, I hoped that Cook would keep up with him.  That proved not to be an issue as Bairstow became Bumrah’s next victim, he left his bat hanging and was caught by Rishabh Pant.  Bairstow was gone for 6 and England were a disastrous 29 for 3! 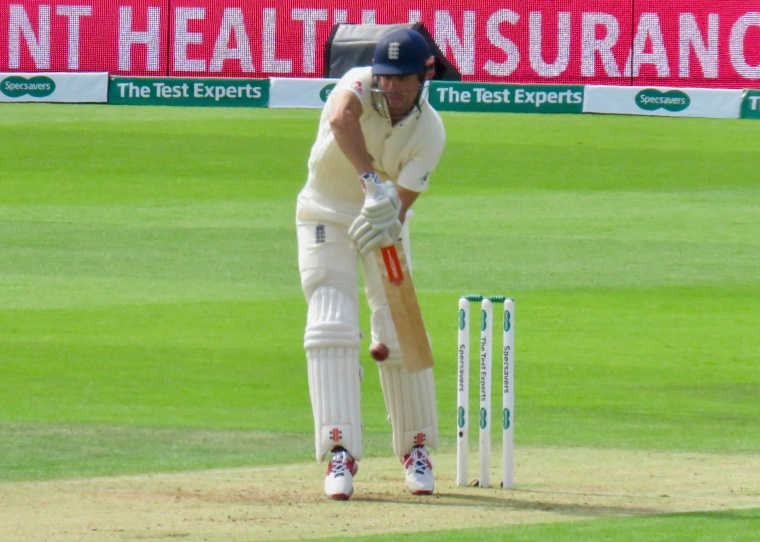 This batting line up was working well then! It was almost certain 4 wickets would be down by lunch and Cook was the next to go, with just 17 runs to add to his 80, he was caught by Virat Kohli from the bowling of Hardik Pandya, at least it wasn’t Sharma taking his wicket again!  So, Cook had gone to 97 in 6 innings, an average of 16.2!  England were a feeble 36 for 4.  While I accept that India are the number 1 test side for a reason, this is England playing in English conditions, therefore India playing in English conditions. 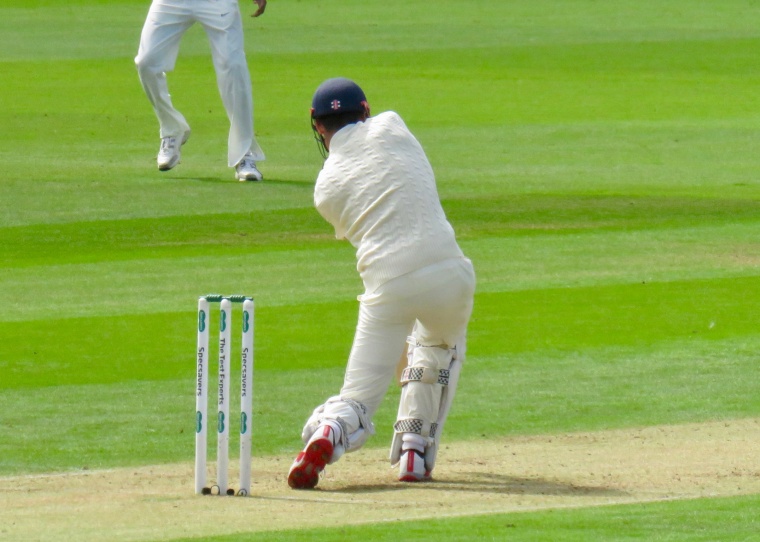 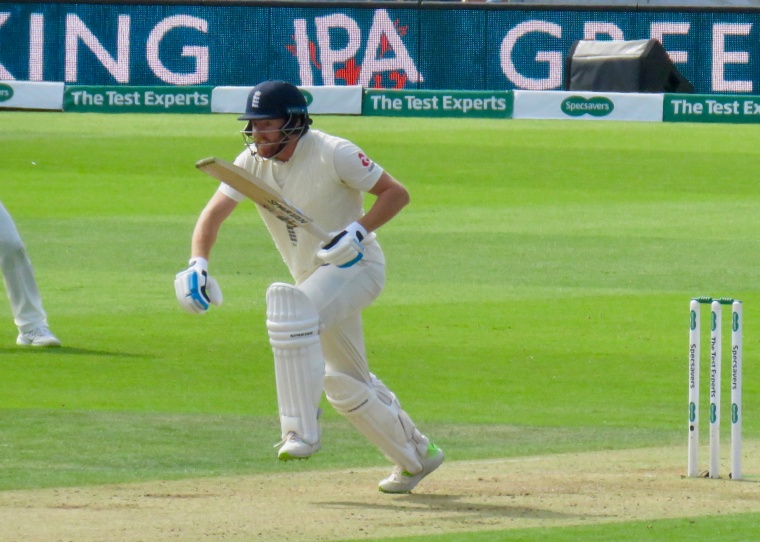 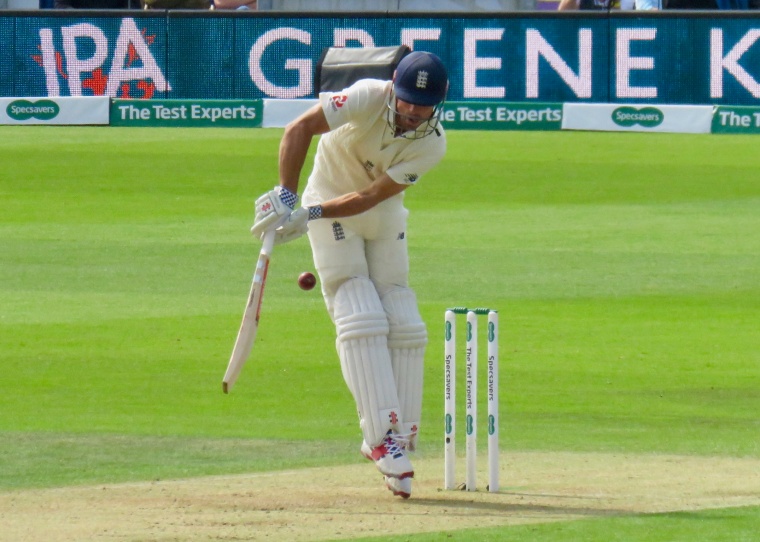 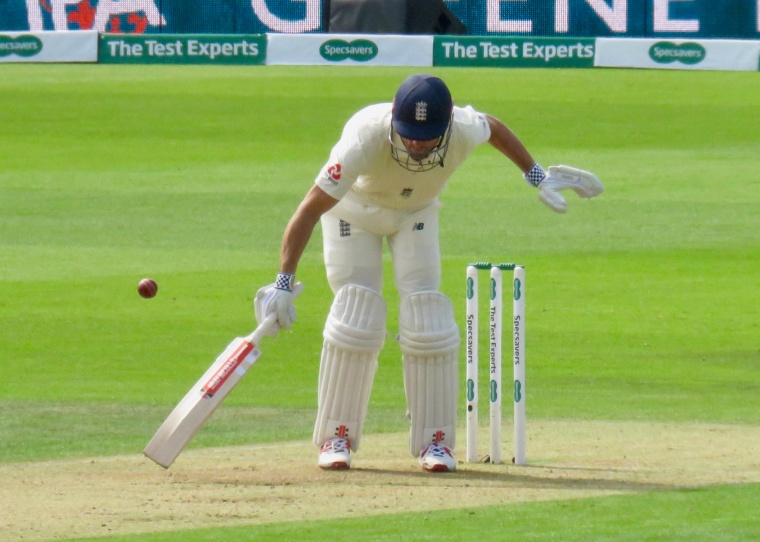 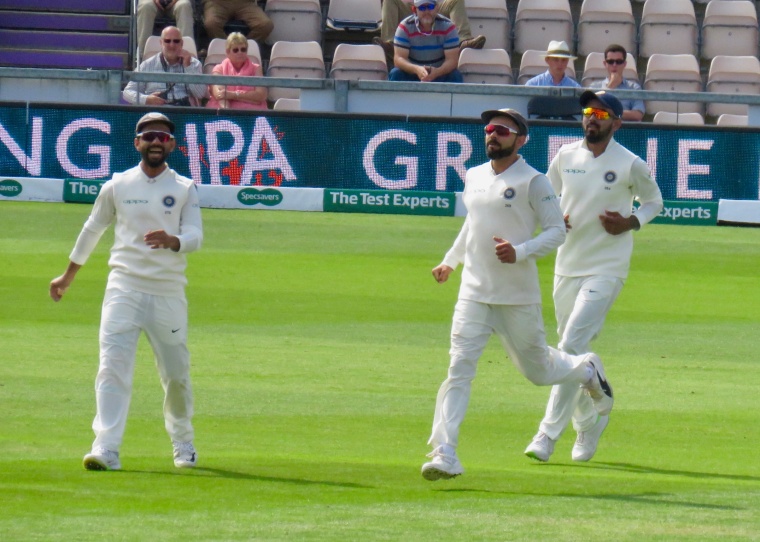 Jos Buttler and Ben Stokes had been some sort of saviours at Trent Bridge could they add some runs here and actually stay at the crease?  Could they heck!  I go between wanting to condemn the England selectors for including Buttler to having to eat my words when he scores runs,  like his wonderful century at Trent Bridge.  I’m back to the condemnation stage this evening as Buttler hung his bat out to a Shami ball.  I was literally just saying to my neighbour what a good slip fielder Virat Kohli was as he took a wonderful catch, Buttler was out for 16 and England were 69 for 5.

That disaster was on a full roll now!  Would England even make 100?  It didn’t feel like it!  A small respite from the cricket as I tell you about my company for the day, I was sat next to Elaine and David, who lived near to Gloucester, the cricket was their gift to each other to celebrate their 43rd Wedding Anniversary!  That’s a lucky couple in my books, firstly to have been married for so long but also to be happy to be at the cricket together in celebration.  I have no idea how I managed to be married twice to men who didn’t like cricket!   a schoolgirl error in a big way!

Back to the cricket I must go, and still without internet access!  Moeen Ali came in to much applause, he’s a popular man both with England fans and his team mates.  He was coming in on the back of a double century for his county Worcestershire.  He’s a wonderful batsman to watch when he gets going, David and Elaine are Worcestershire fans and had seen his 219, that must have been a total joy!

Stokes and Moeen batted well together but with only 17 runs added Stokes was trapped LBW by Shami, he too went for a review, he too was wrong!  That was England’s reviews gone! And it was also England on 86 for 6 in just the 35th over, feeble from England, great bowling and fielding from India.

At this point I’m back in my room to find I actually have internet here, but not good enough to save my photos so I can add them into this!  My annoyance continues to grow!

But, at last I have something good to write about this England team, that something good was next in, in the shape of 20 year old Sam Curran.  I first saw Sam play for Surrey at the age of 16, this lad is something special and I and many others were disappointed to say the least when he was dropped for Trent Bridge.

This young man managed to do what his more experienced colleagues fail dto do, he got bat to ball when needed and left the ball when needed too, both a equally as important.  Moeen is a favourite of mine and we had the delight of watching these 2 bat for 25 overs, a partnership at last!

Moeen had reached 40 when he went for a silly shot from the bowling of Ashwin, again the match was a good one as Burmah raced with Pant to be the first to the ball, the bowler made it first and took a great catch to break this important pairing up.  England had moved to 167 for 7.

Rashid was next in, he can handle a bat and looked in fine fettle until an appeal for LBW from the bowling of Ishant Sharma saw the umpires finger lifted.  Rashid had no choice but to walk, it seems the ball was missing the stumps, but, no matter England’s appeals had been wasted again.  That’s becoming a theme in this series alongside the batting collapses!  England were 177 for 8.

Next in was Stuart Broad, I’m going to steal a line from Dan Norcross here, in his words ‘ “It’s no longer aesthetically pleasing to with Broad bat’  That is most certainly true, but on this occasion Broad helped be part of a partnership of 63, he scored 17 of those runs and extras were equal if not higher than that, but, he stuck around for 9 overs with Sam Curran who managed him very well.  Broad fell victim to Bumrah as he was trapped LBW and England were a quite amazing 240 for 9, that was unimaginable during the first  session of the day.

Sam Curran was joined by Jimmy Anderson, Curran reached 78.  An innings that included 8 Fours and a Six, the crowd appreciated pretty much every run he made, his innings was outstanding even without the circumstances he came in to.

I ad I’m sure most of the crowd thought and hoped we’d be witnessing his maiden century, but Curran was bamboozled by a ball from Ashwin, the only batsman to be bowled in the England innings.  Amazingly the score finished on 246 made in just 76.4 overs, that was so much better than expected after the horror start England made.  All credit must go to India, but………….

The India openers, Shikhar Dhawan and KL Rahul had just 4 overs to survive,a nd survive they did. making 19 runs, but safeguarding their wickets.  I want to finish with a small rant, one I’m pretty sure I’ve had before, why does the new ball always have to be handed to Broad?  Why not change things round and hand it to the young gun with the left arm?  Sam Curran is best with a new ball in hand and will have been on a high!

We had 80.4 overs in the day, add on the 2 for the change of innings and that’s a shortfall of 7.2 overs, I think I may try to add all of the lost overs in this series up at the end of it all!

Oh, and one more moan before I finish, How does Jadeja who hasn’t been in the India starting line up once, get to field for so long?  Next to Virat he’s their best fielder, great that they get to include him so often!