Saracens Storm emulated the first team in the 2014/15 season by winning the A team league.  They’d started the defence of their title with a hard fought win against the […]

Saracens Storm emulated the first team in the 2014/15 season by winning the A team league.  They’d started the defence of their title with a hard fought win against the Exeter Braves pipping them by 5 points.

The A teams are generally made up of young players hoping to break into the Premiership team, with a few experienced heads added in.  In this case Jacques Burger featured for Saracens, I can only imagine the thoughts running through the minds of the young players facing him!  Dom Waldouck pitched up in the centres for London Irish.

Nathan Earle was in the 11 shirt for Saracens, he’s a true talent and having had a chat with him during last season about his rather dramatic achilles injury it was great to see him back in the mix.

It was a nasty evening – blowing a gale with plenty of rain mixed in, the ‘carpet’ that is the Saracens pitch caused no problems, the ball was no doubt slippery, but there wasn’t a centimetre of mud in sight.

Baden Kerr had 3 early opportunities to put Saracens ahead as Irish were penalised, in spite of the conditions he made no mistake putting 9 points on the board.

Another penalty saw a yellow card brandished, Stephen Gardner was sent to the naughty step for 10 minutes, doing his team no favours.

We’d had the unusual sight of Hayden Thompson-Stringer in the number 1 shirt, that’s one very tall prop!  Not so unusual was the try he scored as Saracens rolled a maul across the Irish line.  Kerr who was on fire with his kicking, converted the try from the side line – very impressive!

We’d had a forwards try – next up was the aforementioned Nathan Earle, I’m not saying the forwards rolling maul style tries aren’t great – but, After taking a fairly spectacular pass from Tim Streather Earle completed a cracking team try.  Again the try was in the corner, this time Kerr wasn’t able to convert.   The Storm were ahead by 21 points with half time approaching.

Irish must have felt rather battered by this time, by both the weather and more so by their opposition.  However they showed a strong spirit to score their own try through Adam Sinclair – the conversion was missed. 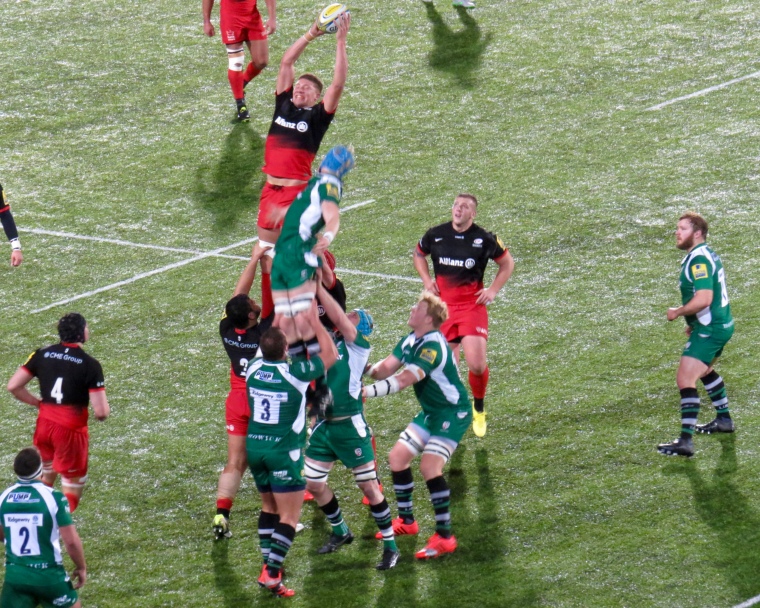 Saracens Storm hadn’t finished their scoring spree, Baden Kerr added another 3 with a penalty,  before Tom Whitely on as replacement scrum half, looking very lively scored a great try.  Kerr was again successful with the boot. 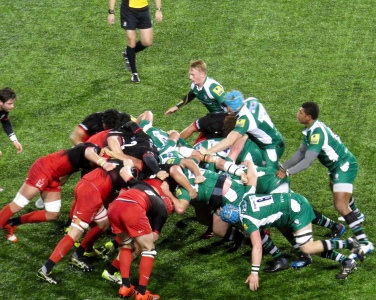 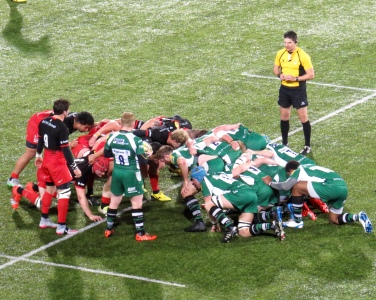 The weather deteriorated and to be totally honest so did the rugby for a while as both teams made changes.  It was Storm who found their way however scoring another forwards style try through Ralph Adams-Hale.  The conversion was another difficult one and was missed. 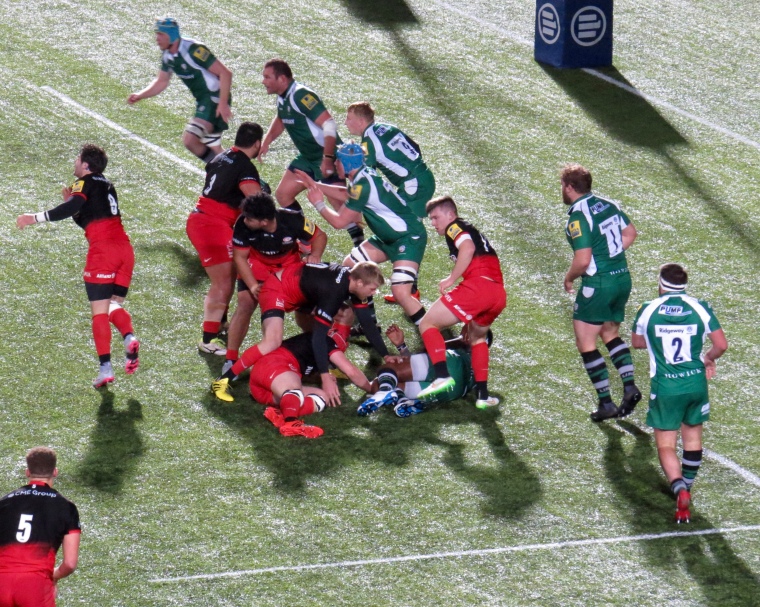 The Storm march on in their attempt to retain their title, the future certainly looks bright in North London. 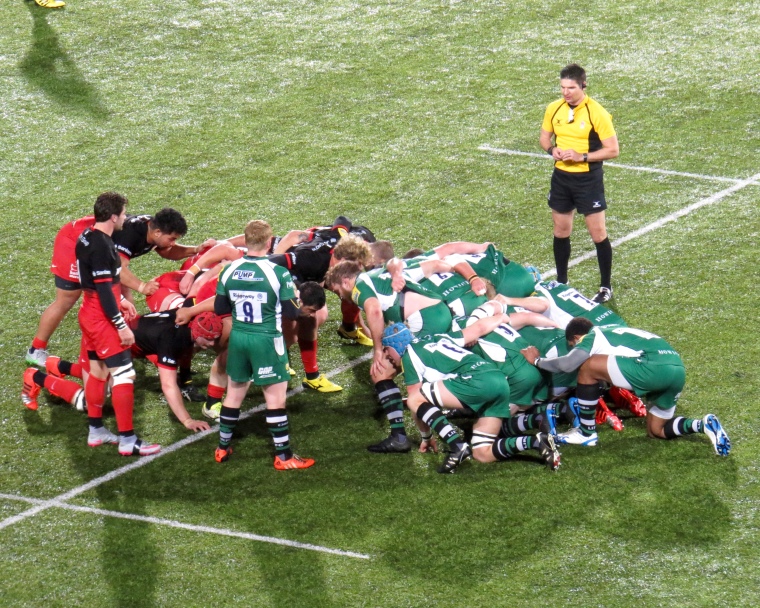