Another Monday night and another A League match, first day back at work after the Christmas break but it was rude not to! 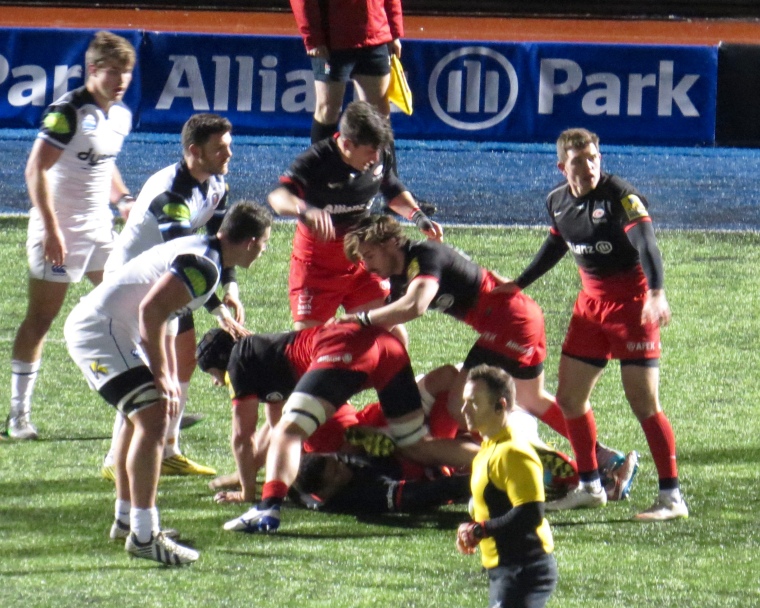 The evening started with a Fans Forum, Paul Gustard, Schlak Brits and and Jamie George were in the spotlight.  As always there was a lively discussion, the topic of a second Schalk, Mr Burger, came up of course, Brits said he was looking forward to coming, was a very quiet man off the pitch, but an animal on it!

It was a great opportunity for fans to say goodbye to Paul Gustard and wish him well in his new role with England Rugby. He’s going to be sorely missed!

Another Saracens team unbeaten, would they keep their record intact?  Both teams contained a box of bright young starts and experienced ‘old’ hands. 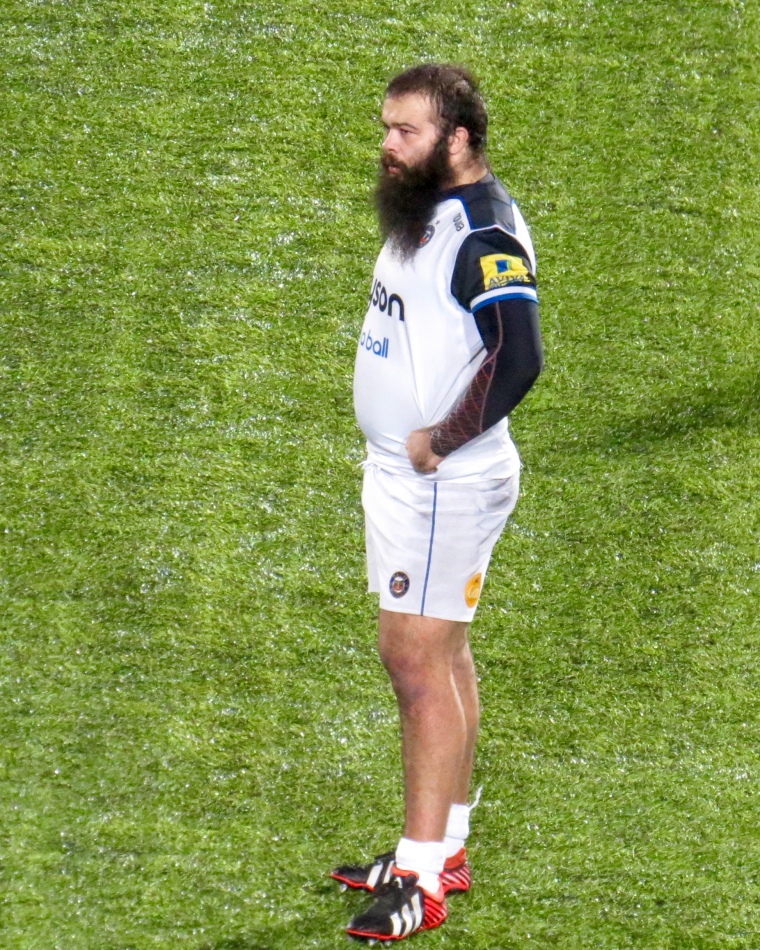 The visitors went ahead with an early penalty, converted by Fly Half Adam Hastings.  Saracens went a different way when they were awarded the next penalty – they kicked to touch and went on a rolling maul from the lineout and Samu Vunisa touched the ball down for Saracens first try.  Ben Spencer – who really does have an impeccable boot – added the extras.

As much as the Saracens try was a triumph for their forwards the next score went the way of Bath; Max Clark benefited from patient work by his pack close to the Saracens line, he ran in at speed and stole their glory, scoring an exciting try. The conversion took the score to Saracens 10 Bath 8.

A high kick sent Samu Vunisa’s way tumbled forward as Jeff Williams put him under pressure, giving Bath good territory.  Again their forwards went through the phases until Scrum Half Will Homer, who impressed throughout the game, picked up the ball and scampered over the line.  Adam Hastings, A Scotland U18’s Fly Half, converted with a difficult kick.  The lead had swapped hands again.

Saracens missed an opportunity as they surged forward in attack, it almost felt that Nathan Earle wasn’t allowed to join in he saw so little of the ball, he was in space on his wing, but the pass didn’t arrive and so the chance was missed. 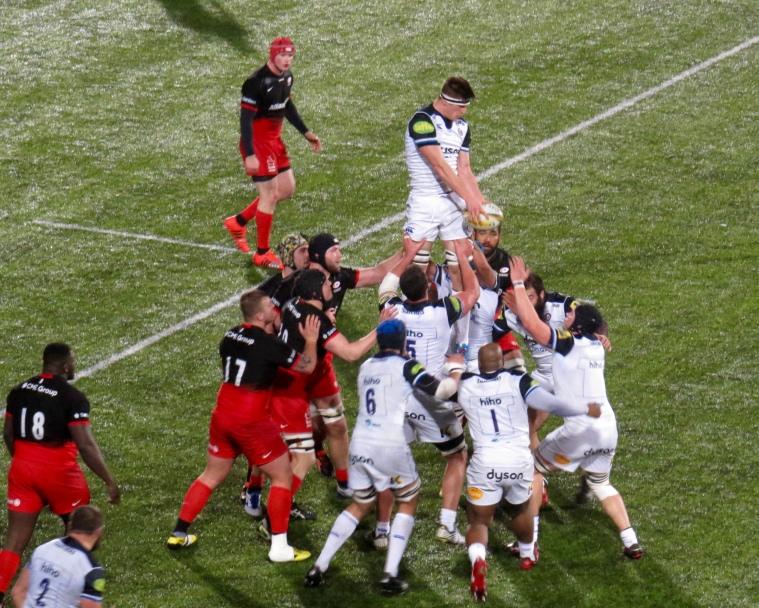 I’m going to go to the words of some of my lovely Saracens friends here, we had a spell that was ‘littered with errors’ was a ‘cornucopia of errors’ a ‘plethora of errors’  I have to say as well as watching some good rugby, I laughed loads!  Which made the evening even more worthwhile!

Saracens did however make use of a much tighter overlap, the wing was Earle’s – the main in position – 19 year old Matt Gallagher – he touched down in the corner.  The kick really should have been a problem but this was Ben Spencer on the end of the ball – it sailed between the posts to put Saracens ahead and send the teams in at half time with the score on Saracens Storm 17 Bath United 15.

The second half started with another penalty for Saracens and another 3 points for Ben Spencer.  Followed by a second extending the lead to 8 for the home team.

That ‘plethora of errors’ hit Bath with a high kick dropped close to their line; Nick Tompkins was there ready to pounce and he went over the line to score.  Spencer added the extras and Saracens went to 30 points.

The final half an hour saw a lot of effort by both teams for no score. Several of the young players shone for both teams, Adam Hastings and Will Homer for Bath and Nick Tompkins, who finds a regular place in the first team these days and Ben Spencer, who really needs to feature more often!  Max Malins playing at 10 for Saracens looked very promising too. 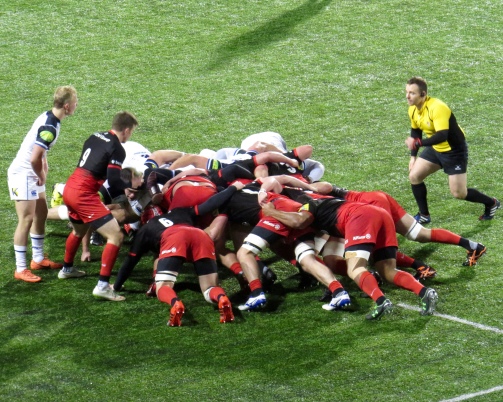 Saracens lost 2 thirds of their front row very early on, Hayden Thompson-Stringer usually a back row player did well in his new found slot in that front row. 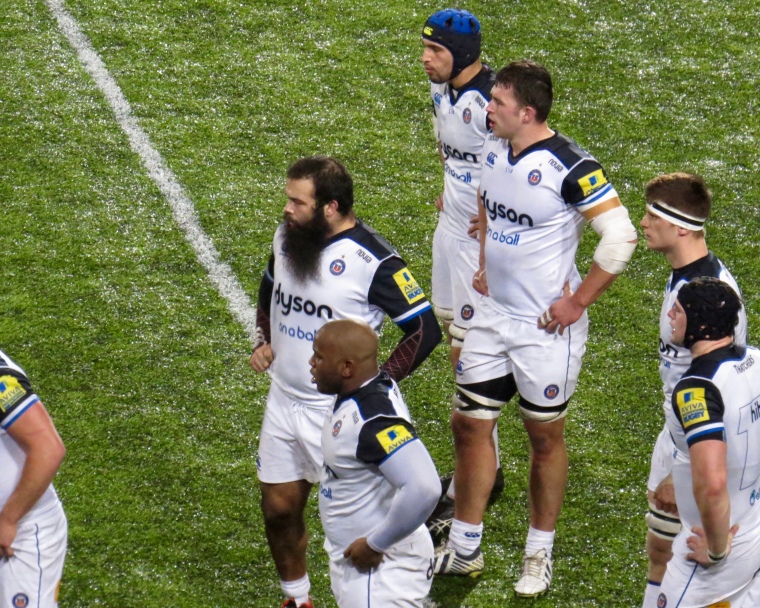 I just had to get a couple of photos of this beard!  I really recommend getting along to watch A League rugby!  It’s good stuff!