My head still seems to be in the cricket world in spite of it being the rugby season, hence the delay on writing.  I missed two of Saracens matches in October, the Harlequins match because I was away doing something that’d been planned for 10 months.  I saw most of the second half as Saracens got themselves a hard fought win, with the final score standing at Harlequins 20 Saracens 25.

I had my train journey booked and my ticket for Saracens first foray into the Champions Cup, but a bereavement in the family meant I had to give that one a miss too.  That meant a weekend of sitting watching European rugby for me, which meant me shouting at the TV for hours on end!

The Glasgow/Saracens match was a torrid, if not nasty affair. It was more akin to the second match in the double header rounds, they’re often torrid, niggly matches.  There was a single try in the match, a well worked, team try for Saracens.  However it’s a try that shouldn’t have stood, Alex Lozowski was clearly in touch well before the ball made it to Rhodes.  It was so strange that the officials didn’t properly check such a key moment. 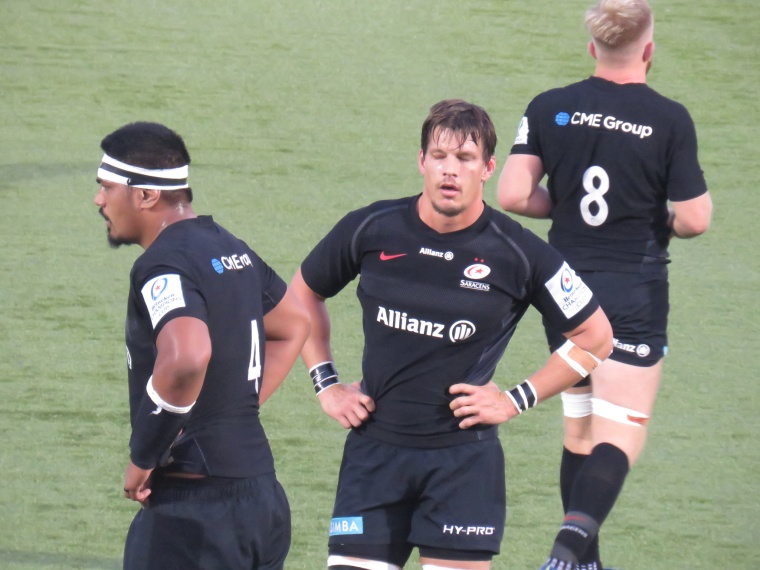 The final result was Glasgow 3 Saracens 13, it was a win that came with a high cost for Saracens.  Billy Vunipola broke his left arm, Mako Vunipola stained his calf and will be out for 6 weeks.  Both will be big losses for club and country.

The 2 main talking points from this match after the fact have been Maro Itoje ‘celebrating’ a non try, the referee blew his whistle but Glasgow played on, believing they’d scored they naturally celebrated.  A Glasgow player pushed Itoje as he ran in to join his team, Itoje turned round and joined several of his team mates in a sarcastic ‘celebration’.  I’m no fan of that sort of behaviour, but the way, BT Sport in particular singled Itoje out was ridiculous.  It was a bad tempered game from start to finish with more than one punch thrown and more than one nose being broken.  Yet his was the only action worthy of mention. I do wonder about agendas of those in the media at times. 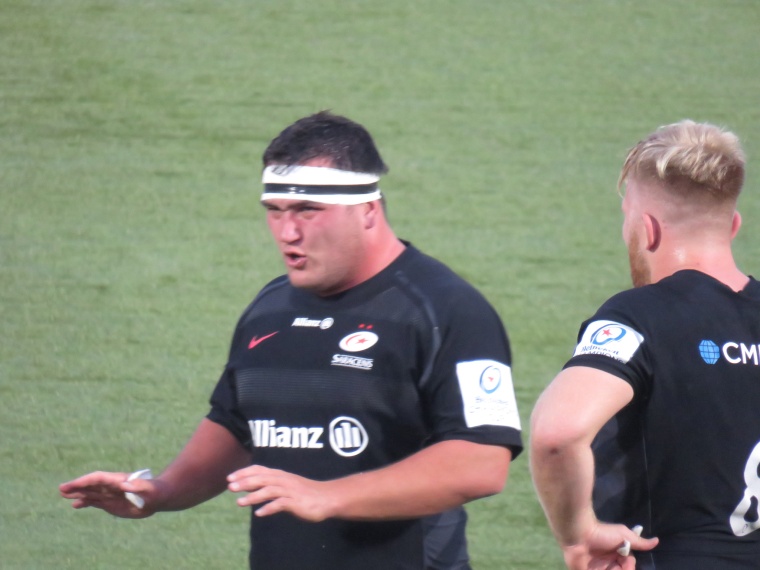 That was one thing, the other has been the citing and subsequent events around that citing of Alex Lozowski.  He was cited for a dangerous tackle on Ruaridh Jackson and for a dangerous clear out when he hit Fraser Brown.  At his hearing the tackle charge was dismissed after Jackson gave evidence.  The clear out was deemed worthy of a 2 week ban.  That seemed fair enough to me, he literally went flying over the top of the ruck hitting Brown low on the legs.  That ban meant Lozowski missed the next Champions Cup match against Lyon, yesterday’s Premier Cup match shoudkl have been the 2nd match missed.  But news came that the Disciplinary Committee believed that Lozowski wouldn’t be picked for the match against Leicester as he was away in an England training camp, so the ban was extended by a week meaning he wouldn’t be able to play for England against South Africa.

An appeal came from the Lozowski camp  appealing against both the verdict and the decision not to include Saracens’ Premiership Cup match in any ban.  That appeal was upheld, but the EPCR had put in a counter claim against a finding of not guilty for the tackle which was also upheld.  With the credibility of the whole disciplinary process questioned week after week this whole debacle hasn’t done anyone any favours.  Alex Lozowski now faces another hearing, I couldn’t possibly guess which way that’s going to go!

Back to the rugby,  Lyon were up next for Saracens.  Saracens got a bonus point win in this one, so, four tries scored, but it felt like very hard work.  Mark Itoje made headlines for a different reason in this one, storming up the pitch to score Saracens first try, he was a sight to behold! Sean Maitland, Brad Barritt and Alex Lewington all went over the line for Saracens and Virgile Lacombe scored for the visitors. The final score was Saracens 29 Lyon 10. 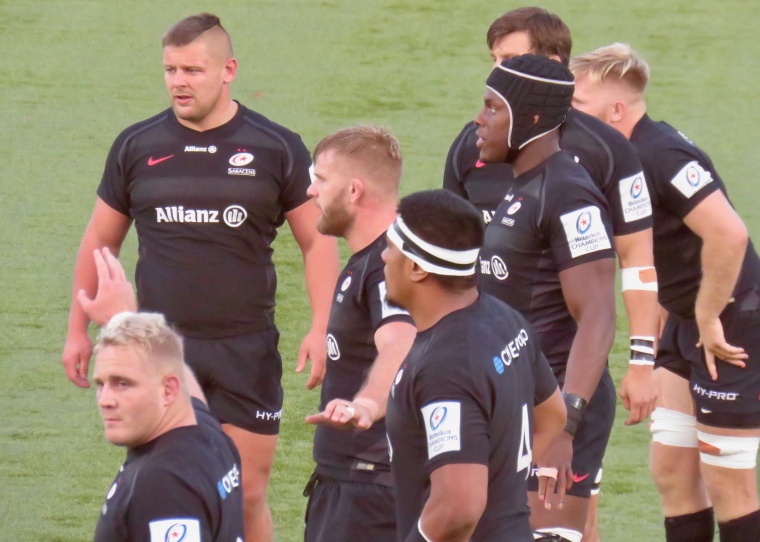 The highlight of this afternoon wasn’t Itoje’s try for me, that came from Carl Fearns, there were lots of children waiting to get a selfie or an autograph with a player close to the dressing room entrance.  A fair few walked alright through to their disappointment, but not Carl, he gave his boots away, nearly taking an eye out as he did so!  He then gave a whole load of autographs and selfies, many happy memories were made for lots of young rugby players that day! 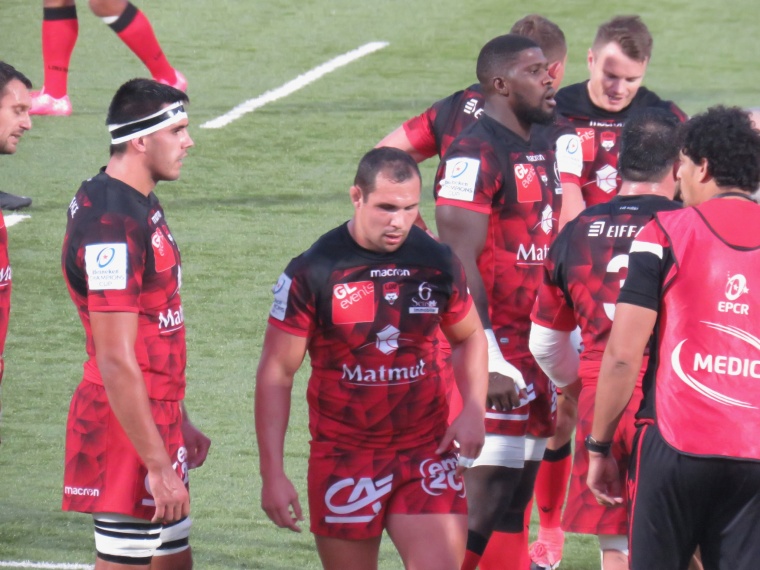 Two wins from two Champions Cup matches was a good start to the 2018/19 campaign, the next phase of the season and October saw the new Premier Cup in the line up.  A development competition, with young, fringe and players returning from injury featuring.  The competition also gives the next layer of coaches a chance to do their thing.  It should also be a chance for new supporters to access the game, I was shocked to learn that the cheapest ticket for the match between Saracens and Leicester was £33!  That’s an awful lot of money for a product that realistically isn’t a premium one.  An opportunity missed to attract a new audience. I became a Saracens ticket holder after watching them play against Northampton Saints at Wembley, that cost me £10 that day.  i’m not sure I’d have paid the £33 and that was a Premiership match. 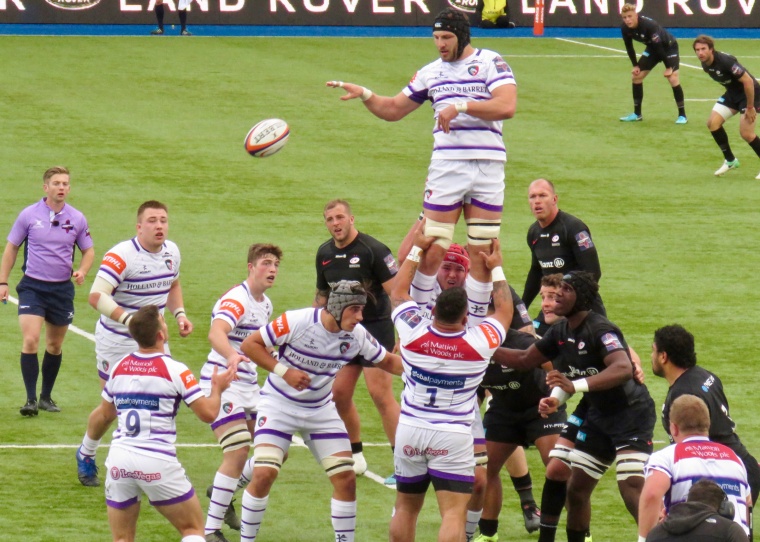 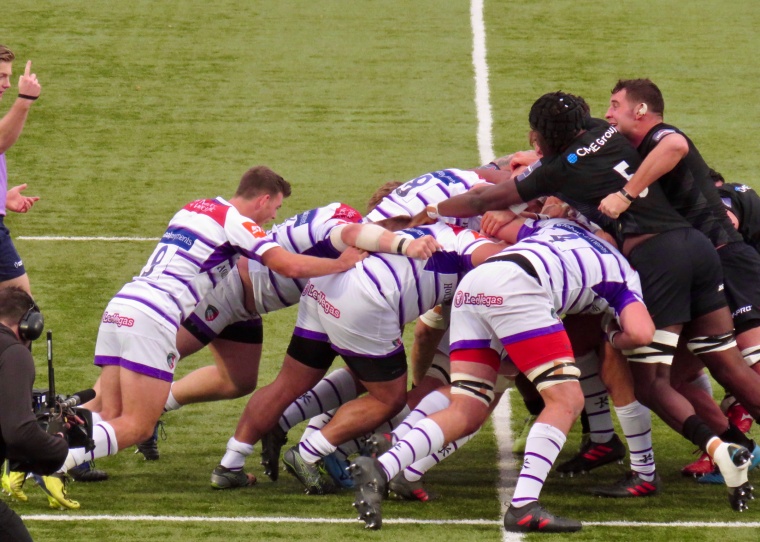 Although not a premium product the rugby on show was well worth watching, with some bright young stars on both sides. There were some experienced heads too and one of those, Schalk Burger scored Saracens first try.  He played the full 80 minutes, which is no mean feat at 35! Sione Vailanu and Man of the Match Joel Kpoku also crossed the line for Saracens, but Tigers came close with David Feao, a man who looks as wide as he is tall, storming over the line before Harry Wells scored.  Joe Ford impressed for Tigers, it must be a challenge being back up to your brother, he did a good job.  The final score was Saracens 29 Leicester Tigers 21.  Saracens move on to Sale in the cup next. 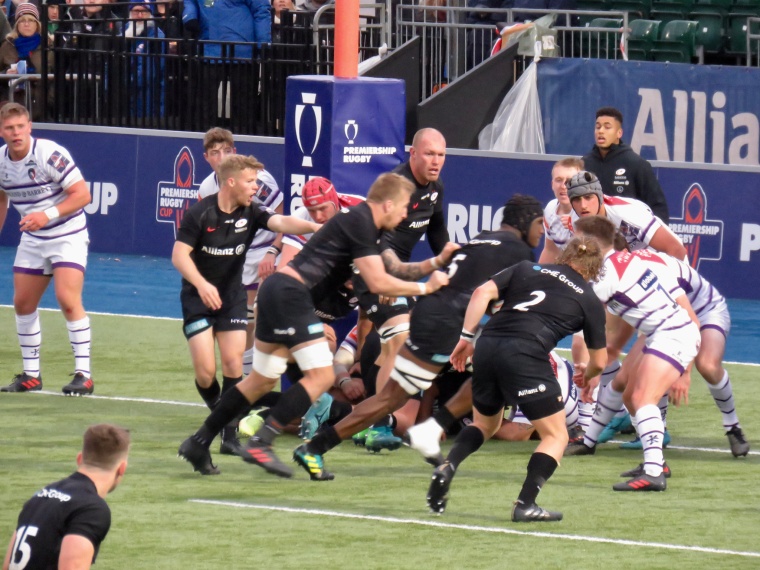 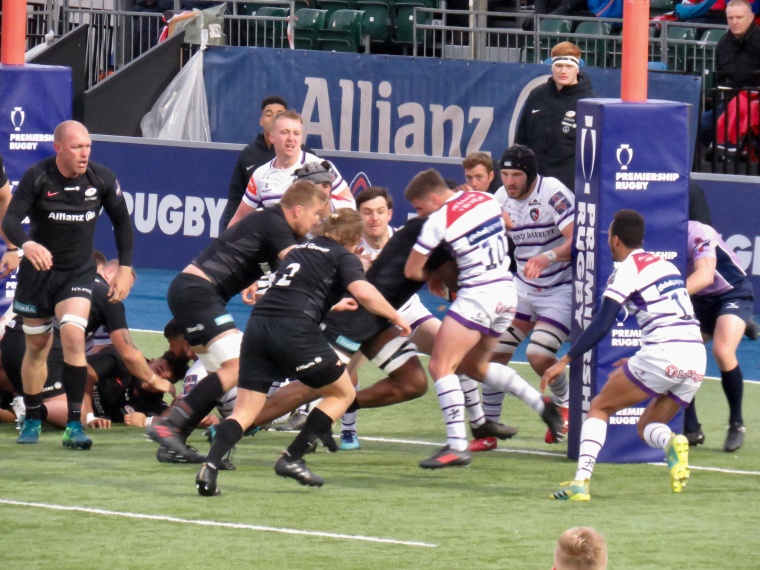 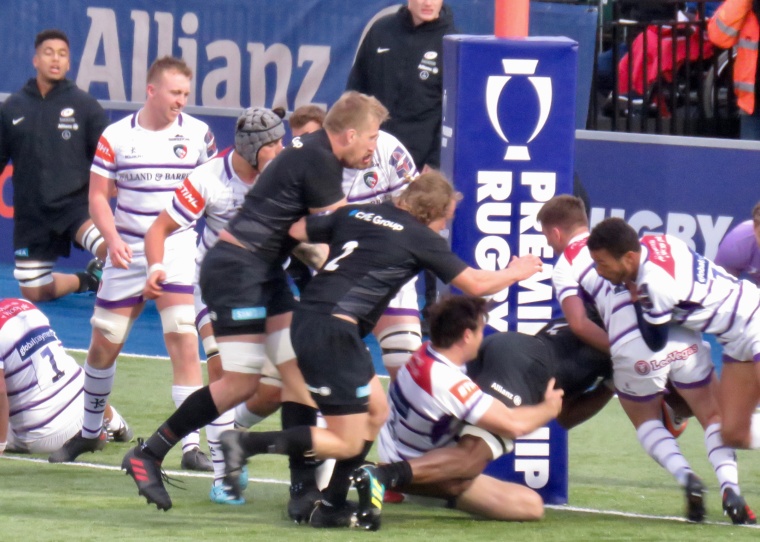 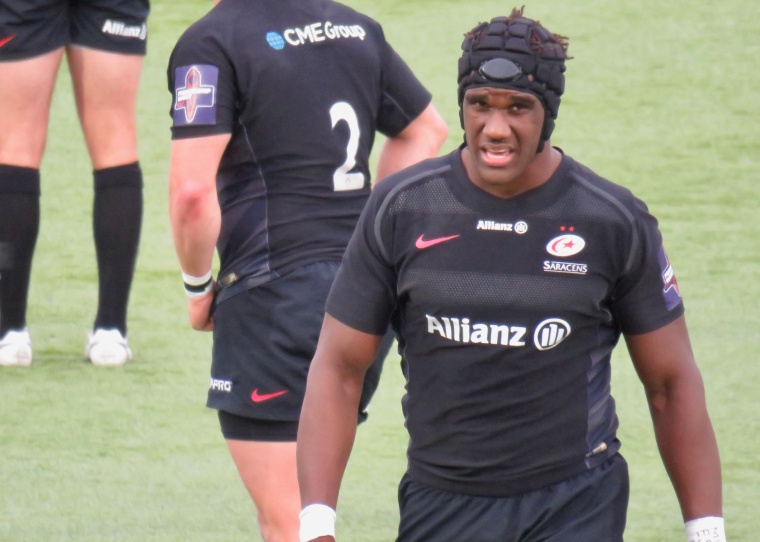 So, a good month results wise for Saracens, but wins that came with a cost.  November brings Sale and Worcester in the Cup then Sale and Leicester in the Premiership, with injuries and international call ups November is going to be interesting!