Back to writing about my ‘events’ in order – phew, it was all a bit confusing going off on a tangent!  After 2 great days of Ashes cricket – England […]

A trip to Scotland for the final round of the Six Nations saw me finish as I’d started with My good friend Monica accompanying me.  I’d bought 2 tickets when […]

Having spent a weekend watching live rugby league it was back to 6 Nations rugby; that meant a trip to Cardiff via Bristol for me.  I’d booked into an Airbnb […]

Having spent the morning at the side of a muddy pitch in Trinity College Dublin,  watching what really was a different form of rugby I headed for some warmth before […] 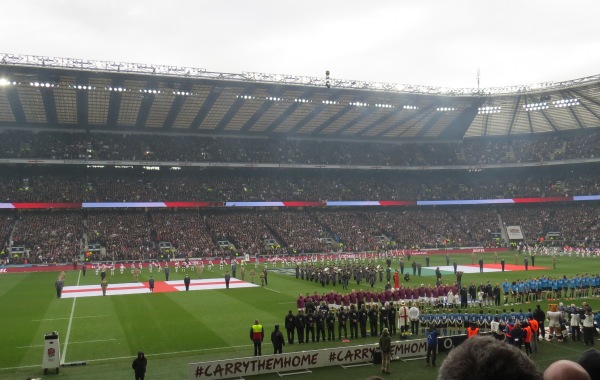 Having succumbed to my cough/cold and kept my germ indoors for the week, by Friday I was to say the very least bored to tears!  Along with work I cancelled […]

When I started to look at my plans for 2015 and in particular the 6 Nations I got online to see what was achievable as far as tickets were concerned. […]