Andy Murray at the O2

Having enjoyed the Friday of the ATP Finals in 2015 I thought I’d chance my arm again, I saw Nadal in 2015 and was lucky enough to see Andy Murray this time round.  Rather than book ahead I bought through Viagogo and paid £59 for a seat 5 rows from the front, it was a great view!

I’m no expert when it comes to tennis so this is going to be more Phlog than Blog.  The format of the afternoon means a doubles match followed by the singles match, I arrived with the doubles match underway. 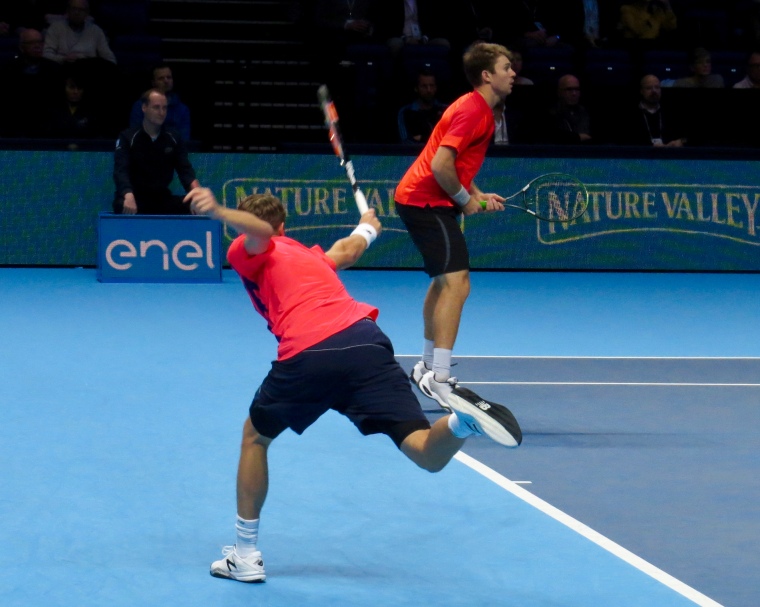 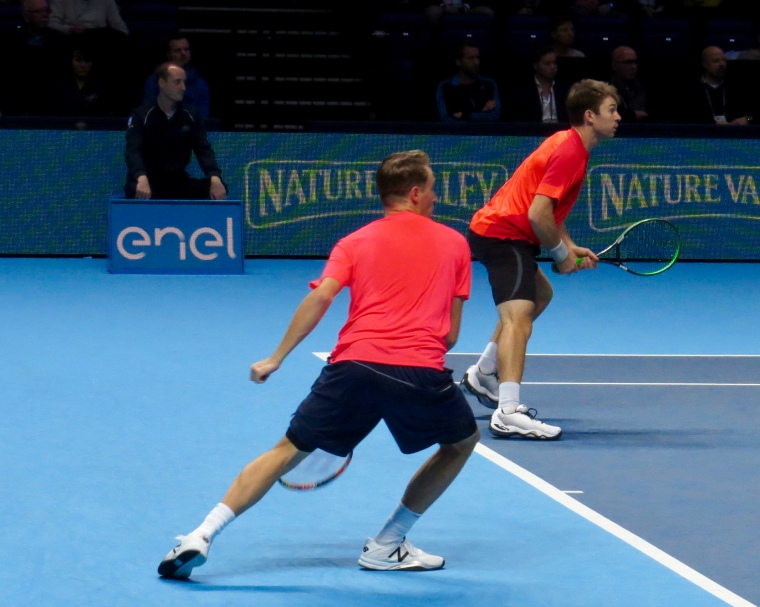 I confess I hadn’t heard of any of the players Pierre Hugues Herbert and Nicolas Mahut of France played Henri Kontinen and John Peers.  Doubles tennis is enjoyable to watch even for novices like me.  The French pair won the first set by 7 games to 6 then lost the second by 4 games to 6.  That left a final points ’round’ with the first pair to 10 leaving victorious. Kontinen and Peers stormed to the 10 needed with Herbert and Mahut only making 4. 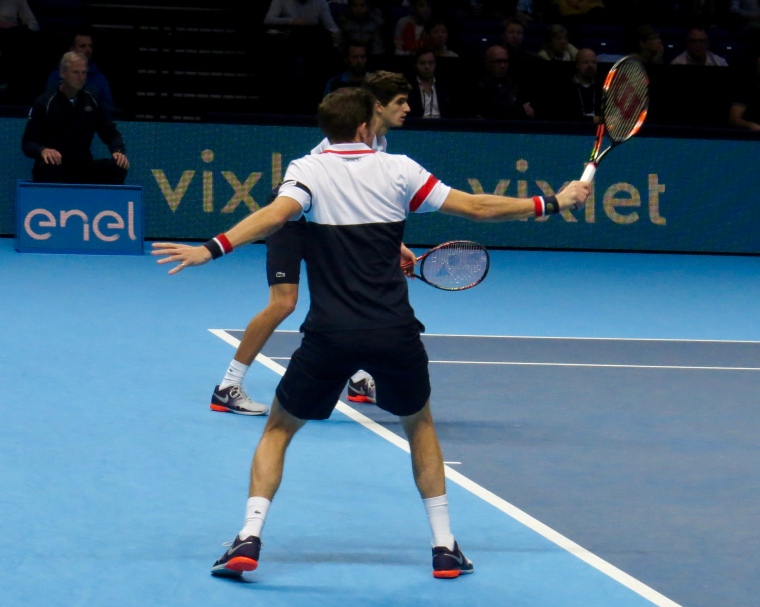 The ‘main event’ Andy Murray against Stan Wawrinka was next up, the event is quite razzamatazz and the pair arrived to a fanfare, I’d say the support for both men was fairly equal. 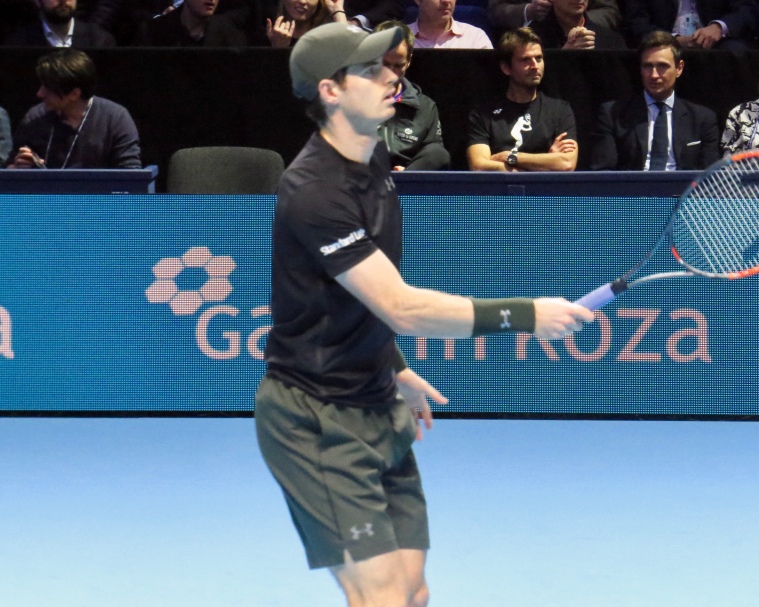 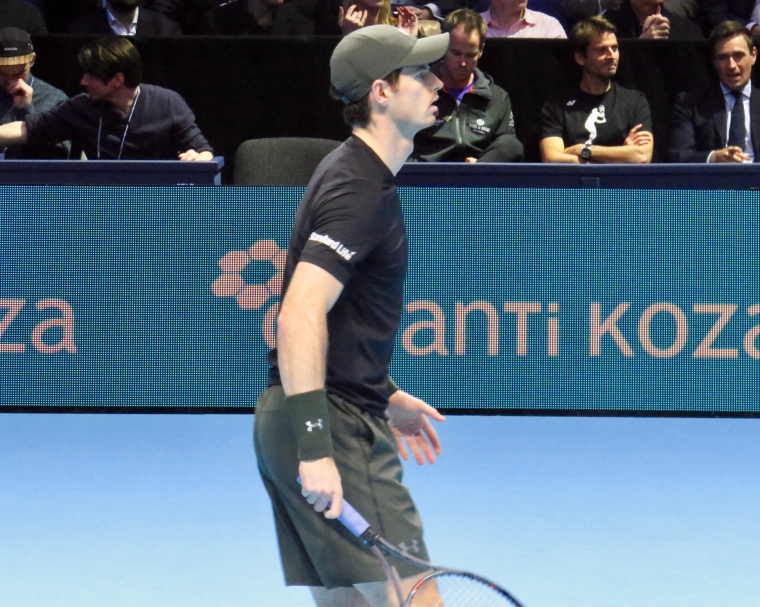 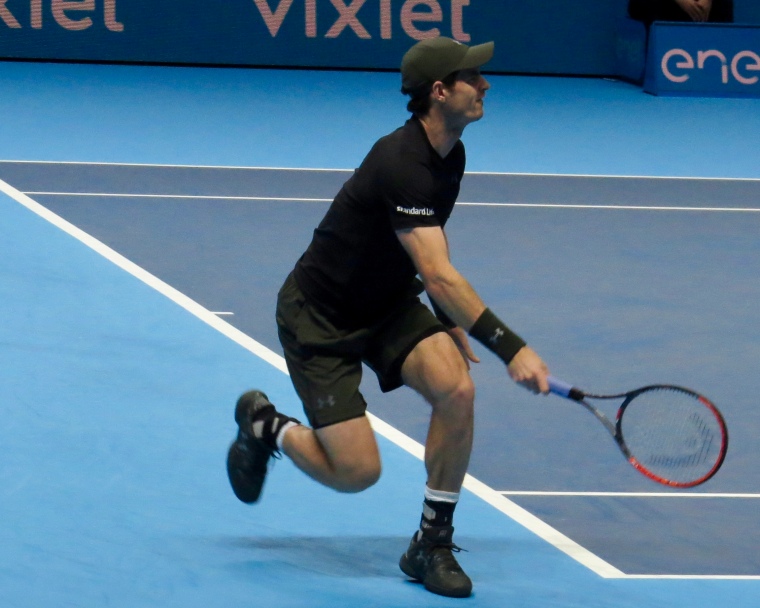 Andy Murray had recently been heralded as the Number 1 player in the World, becoming the first British player to be crowned since computerised rankings started in 1973.  To end the year in that position Murray needs to better Novak Djokovic as he went into the tournament only 405 points ahead of his rival. 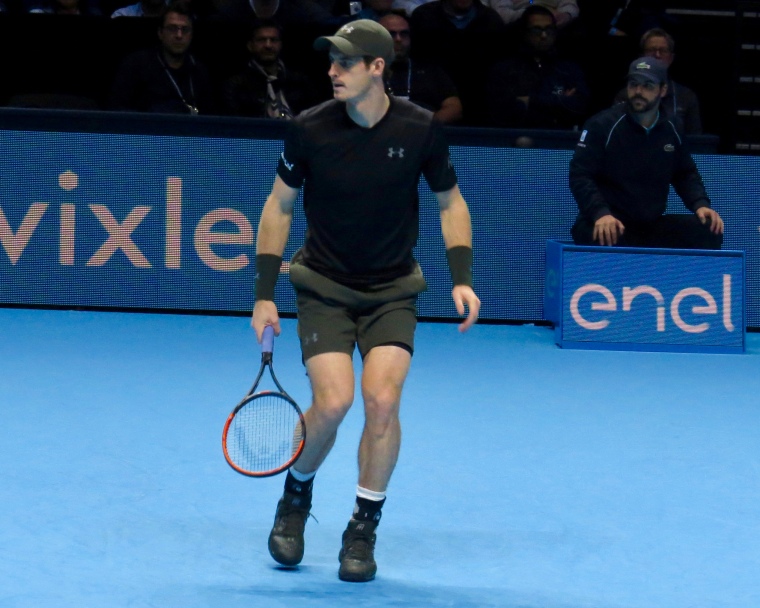 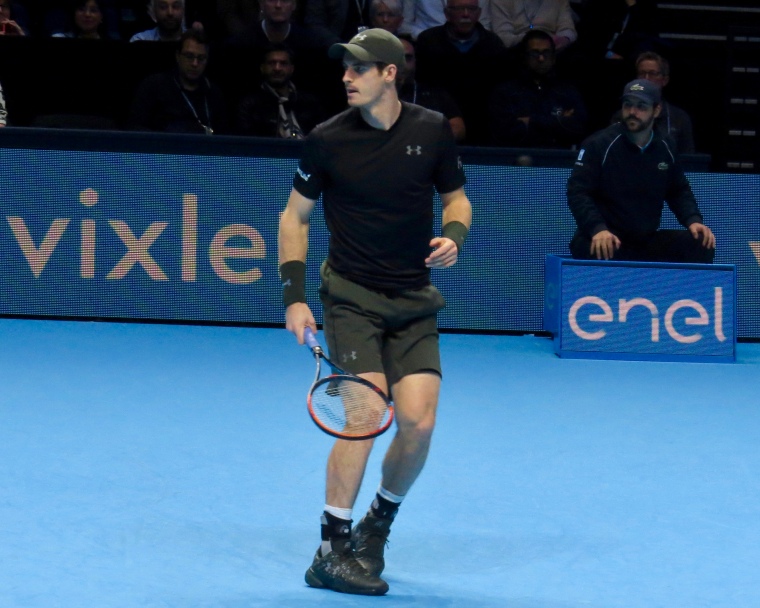 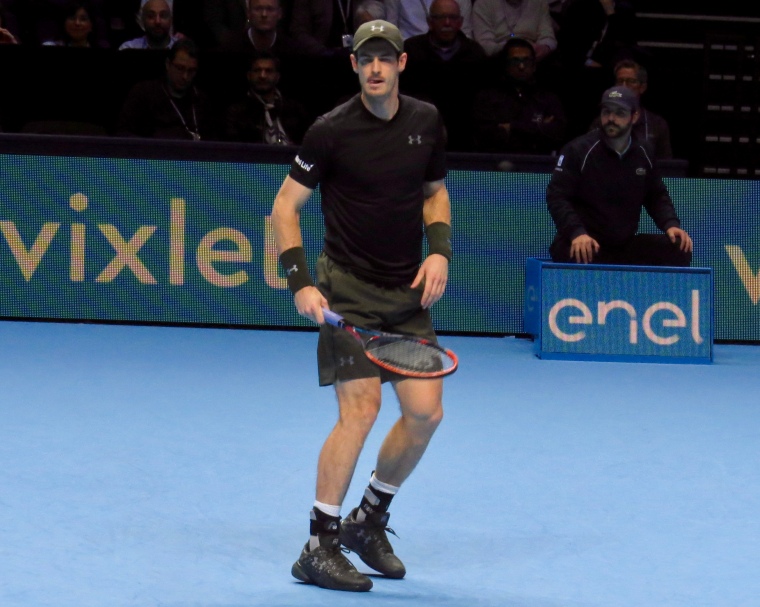 The points awarded at the ATP Finals are as follows –

200 points for winning a group match, of which each player has three.

– 500 points for winning the tournament.

It means that a maximum of 1,500 points are on offer to any player who wins all five matches, while a player who wins the tournament but loses a group match will collect 1,300 points. 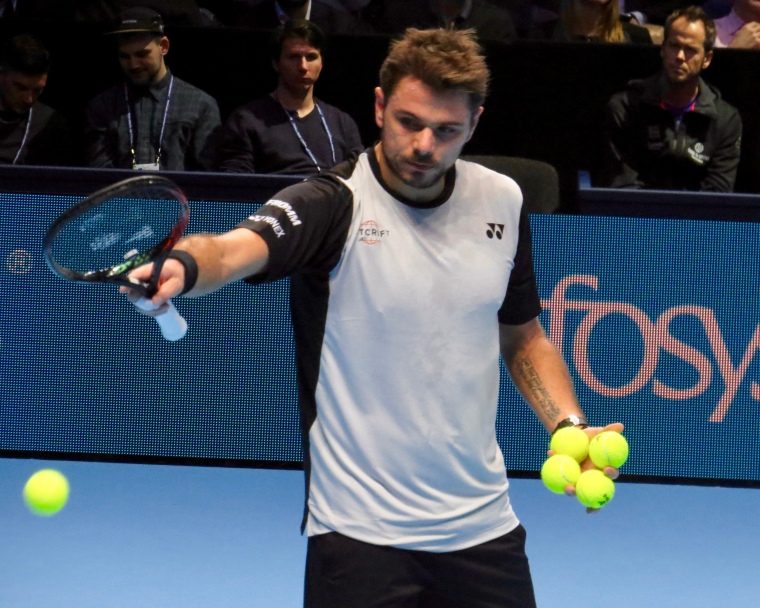 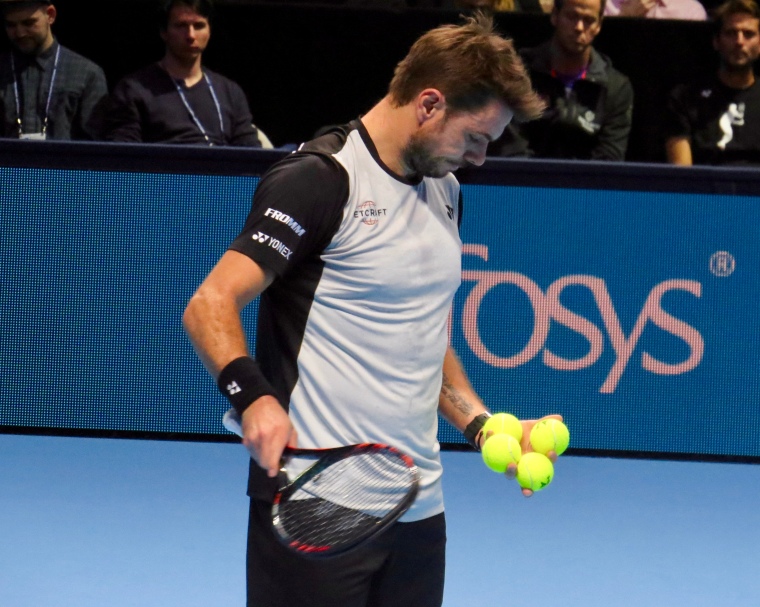 Djokavic had won all of his group matches gaining 600 points, Murray had won the two he’d played so far with a very hard match against Kei Nishikori on Tuesday. 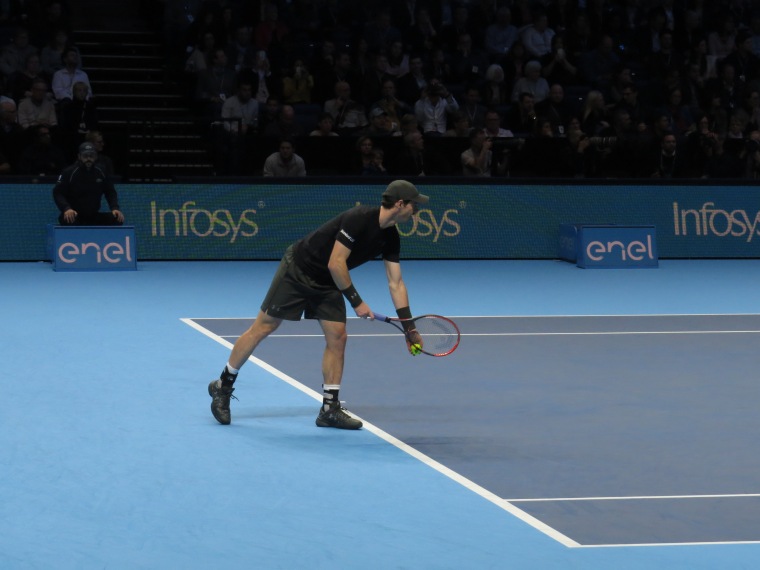 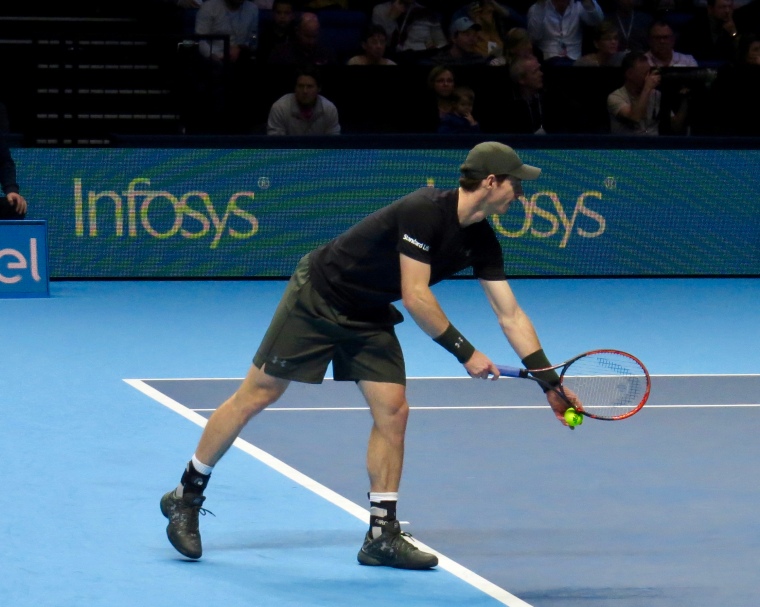 The first set of this match was very close, with Andy Murray finding some luck with the ball skimming the net and throwing Wawrinka out – he won the set by 6 games to 4. 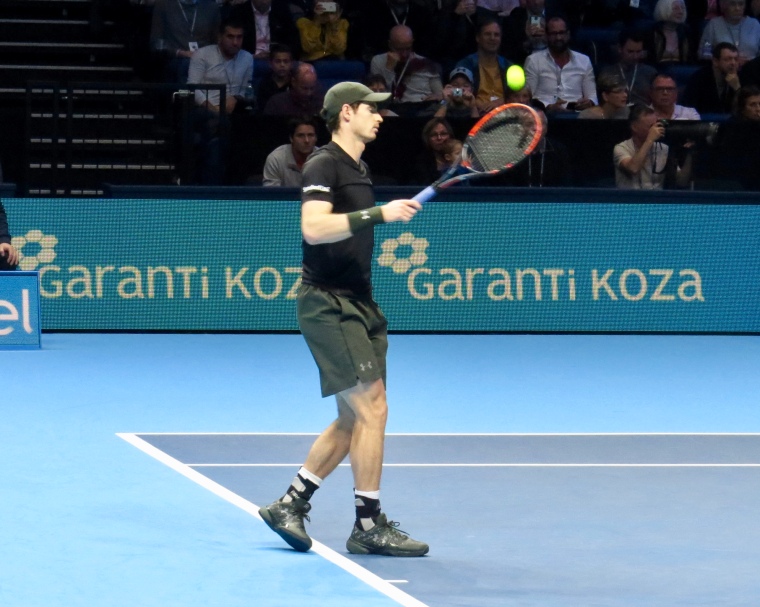 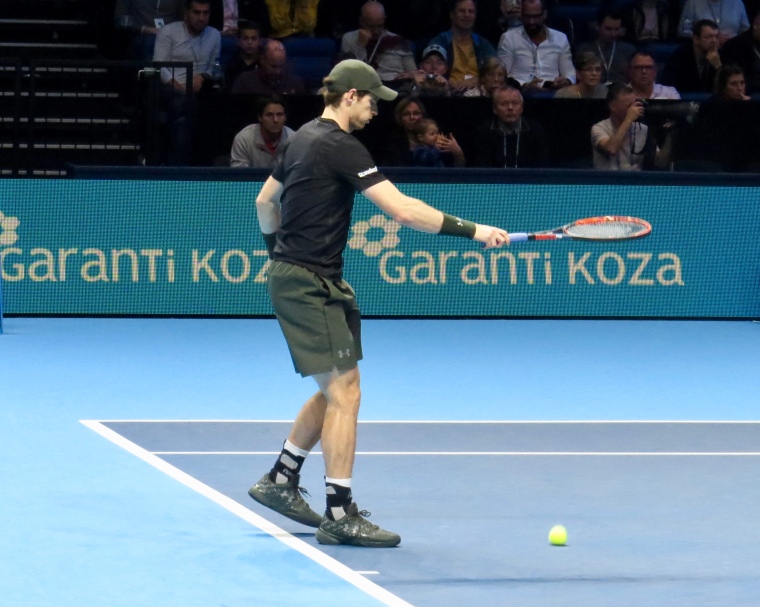 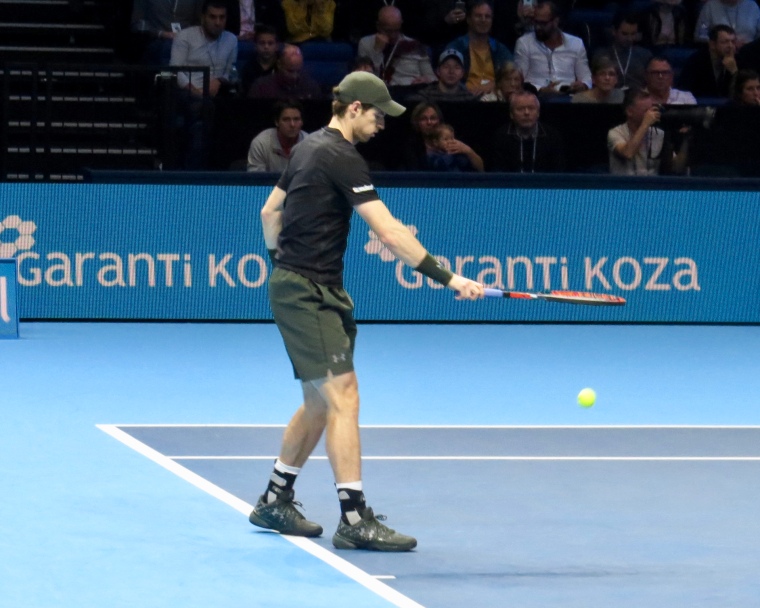 Watching the ‘habits’ of the players during the afternoon was intriguing, during the doubles both Frenchmen spun their racquet as the waited for the serve.  Both Murray and Wawrinka muttered to themselves a fair bit and at one point Wawrinka smashed his racquet up, banging it on the floor before bending it across his knee.

One of the young ball girls collided with Murray at one point seeing his racquet fall to the ground, it was clearly an unusual state of affairs and it unsettled Murray, it was a bit harsh of him to glare at the girl when he messed up a shot however.

This was powerful tennis and both men made some wonderful shots, Wawrinka however also made a few wild ones.  Murray won the second set with some ease by 6 games to 2.  That saw him through to the semi-finals and closer to keeping his crown. 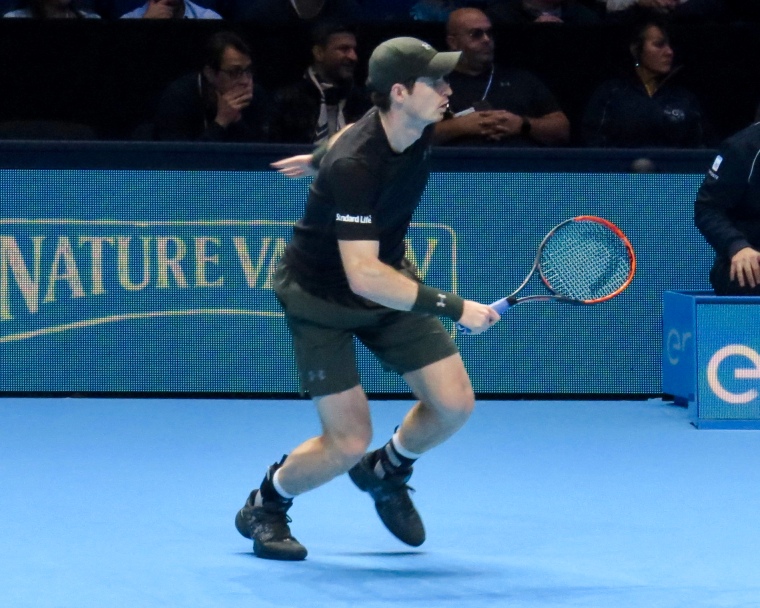