My journey to the ground for Day 3 was seamless, I felt like trying to tell those paying to park that they really didn’t need to!  I had empty seats […]

My journey to the ground for Day 3 was seamless, I felt like trying to tell those paying to park that they really didn’t need to!  I had empty seats around me, they must’ve heard about me!  But had a few good exchanges of views throughout the day.

England had the opportunity to get runs on the board and set India a difficult target to chase, in spite of starting the day on 9 for 1. 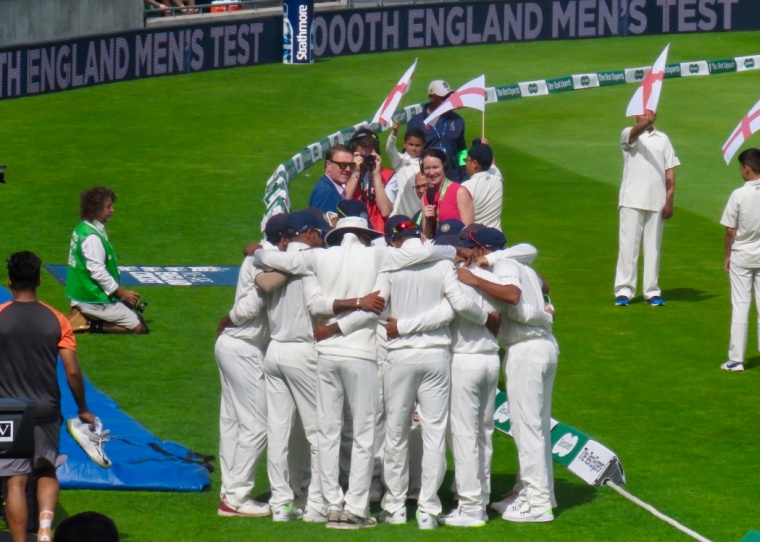 BUt, they had to get past Ravi Ashwin and that proved to be a difficult task.  I’ve long had a disquiet over the number of left handers in this team, if nothing else having a good mix switches things around the fielding team, it’s a pain to have to move your field, change your bowling line.  Left handers are particularly susceptible to Mr Ashwin, oh and Alastair Cook too it seems!

4 overs into the day Keaton Jennings had edged to Rahul, from the bowling of Ahwin, of course.  England were 18 for 2.  Dawid Malan, surely at risk in this England line up, was in at 4. 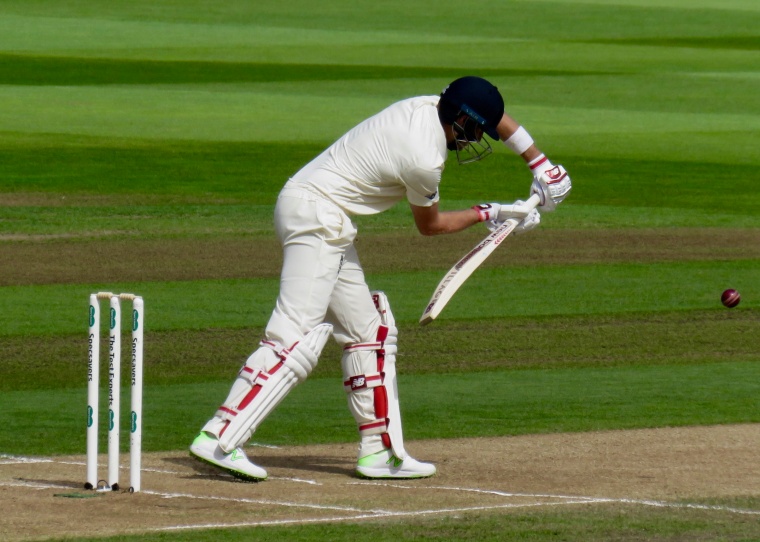 England really needed a big innings from their captain, but he too succumbed to Ashwin, no nick for Root, he seem to send the ball to Rahul almost from the middle of his bat!  Root, gone for 14, England 39 for 3.  This felt like we were going to be having one of England’s disastrous collapses.

Jonny Bairstow and Malan put on a heady 31 runs before Malan was caught by Rajane from the bowling of Ishant Sharma., he’d made only 20 and England were 70 for 4.  Jonny, in next, and Ben would save this England innings surely, after all this India attack is short of its 2 best bowlers! 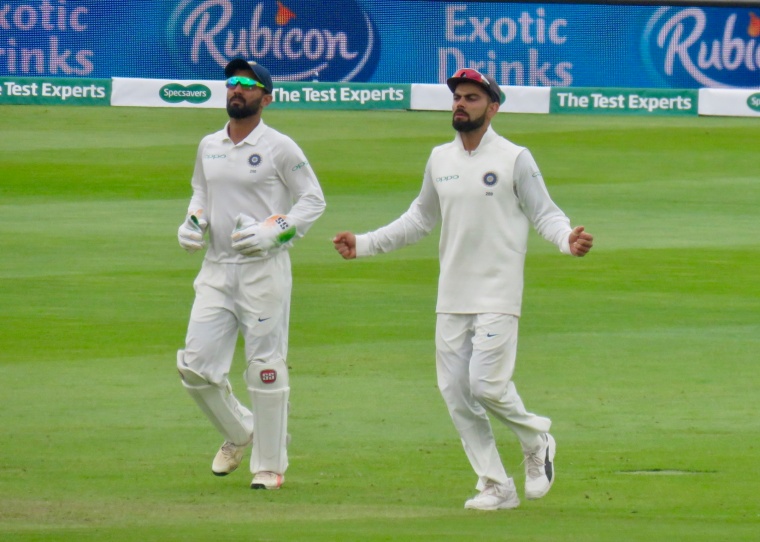 Yet, with only 17 more runs on the board, not only had Bairstow been caught by Shikhar Dhawan from the bowling of Sharma for 28, both Stokes and Buttler had been despatched by Sharma, caught by Kohli ands Karthik who it must be said had a mixed day behind the stumps.  England had gone from 9 for 1 to 87 for 7 – that disastrous collapse?  It was happening! 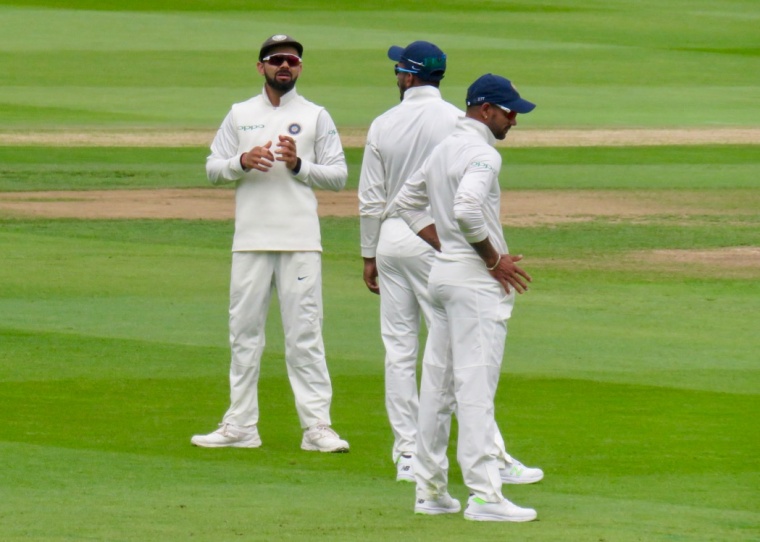 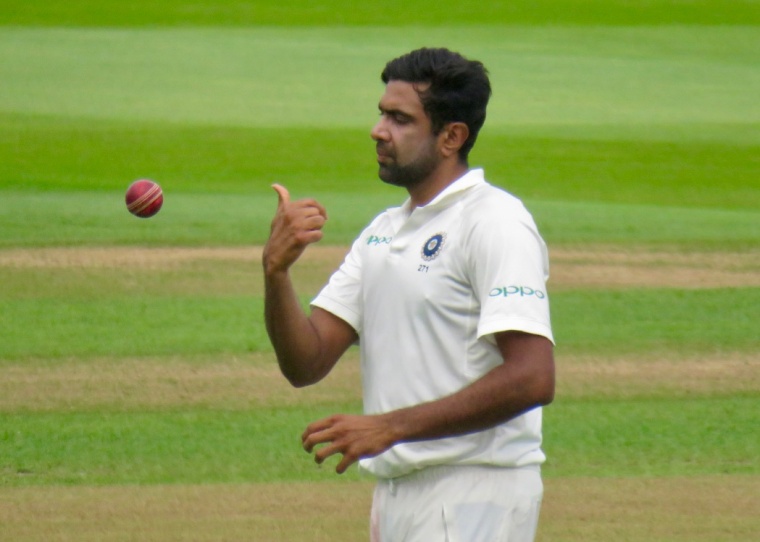 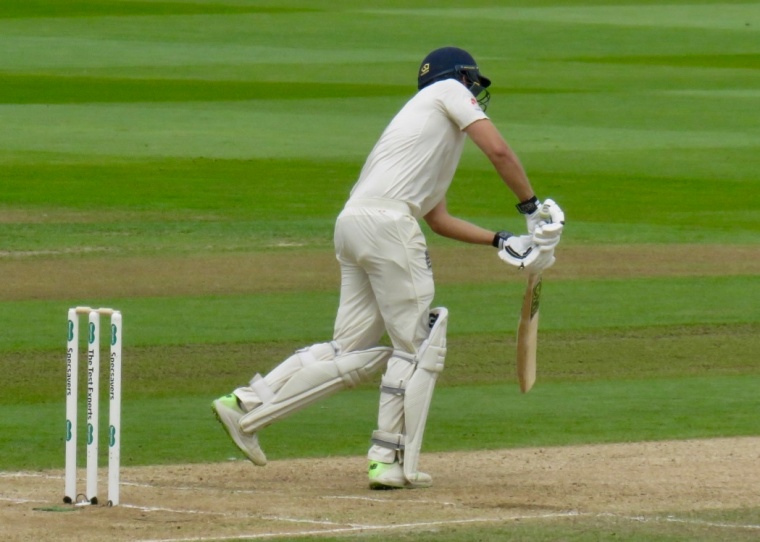 Sam Curran had entered the fray when Stokes wicket fell, I saw this young man score 90 for Surrey against Essex last summer, I knew he was a capable batsman and had been telling people that for weeks.  Including the miserable Yorkshire fan who told me that he was only included for the Pakistan test because he plays for Surrey ,I hope she’s long eaten her words! 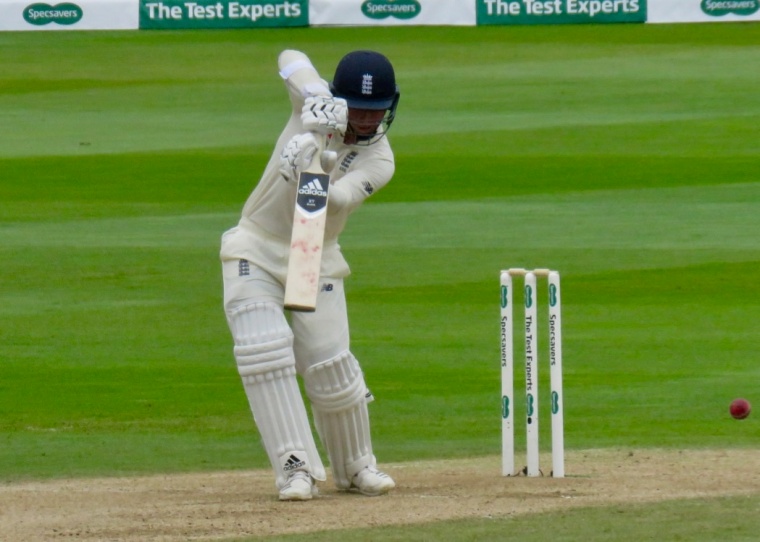 Young Sam did a bit of a Kohli, he was aided more by the 3 lower order batsmen, with Rashid and Curran putting on 48 runs, Rashid made 16 before being bowled by Umesh Yadav.  England were then on 135 for 8.  Stuart Broad who so often is a walking wicket managed to take part in a partnership of 41 contributing 11 before he was caught by Dhawan from the bowling of Sharma. 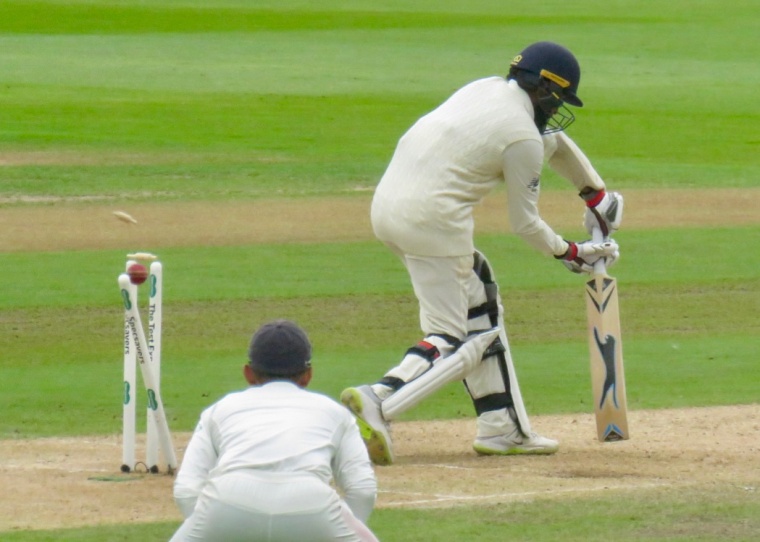 Curran reached his 50 landmark with a 6 from the bowling of Sharma, he was none too amused by that and flung a bouncer at him next ball, Curran was unperturbed.  Curran had made 63 runs, giving his team a chance in this game, before he was caught by Karthik from the bowling of Umesh.  England finished their innings on 180, a lead of 194 and a new England hero was made!

I’m back at my computer at 6.30am after my neighbour ours in the hotel thought slamming doors and yelling at 3am was a good way to go!  But at least I can finish this before the finale of this great game!

India would have to make their highest run chase to win the game with what has started out as a fragile batting line up, excluding of course the man who is worthy of the best batsman in the world tag, Virat Kohli.  Could he steer his team to a great win?

I’d hoped to see Sam Curran take the new ball but Root went with the preferred opening partnership of Jimmy Anderson and Stuart Broad.  Broad despatched both openers for 22 runs, with Murali Vijay being trapped LBW for 6 and Shikhar Dhawan being caught by Bairstow for 13.  It was the perfect start for England.

That brought Kohli to the wicket early, Ben Stokes came on as a change bowler and had KL Rahul caught by Bairstow for 13.  All of this combined really brought the Hollies Stand, full on Day 3, to life, in fact the whole ground! The noise was immense, and yet I think the England team probably worked out that it wouldn’t bother the key batsman Kohli one bit.

India were 46 for 3, amongst those 3 wickets Anderson had yet another catch dropped by Dawid Malan.  I’m with Michael Vaughan on the make up of the slip cordon,  Joe Root should’ve been in there, he’s probably our best slip catcher and I really can’t believe Anderson and Broad need his input when they’re bowling! Stokes is another wasted in the outfield.  It was however interesting to see Keaton Jennings dissuade Root and Co from seeking several reviews, that in itself could be very useful today.

Ajinkya Rahane joined Kohli, but he only lasted for 16 balls, he was caught by Bairstow from the bowling of Sam Curran.  The catch was checked several times as it went to Bairstow very low, but it was seen to bounce in his gloves, rather than before.  India were 63 for 4.

Predictably Ravi Ashwin came in as night watchman, he’s actually quite handy with the bat and made 13, before Anderson got his wicket, caught by Bairstow, making that his 4th catch of the innings.  India were 78 for 5, wickets were tumbling, but the key man, Kohli was steadily accumulating runs.  Dinesh Karthik came to the wicket and the 2 saw out the rest of the time.  Play had been stopped for bad light at around 3pm so the day was extended to finish at 6.50.  India finished the day on 110 for 5, Kohli was on 43 and Karthik 18.  India require 84 runs to win this great game of test cricket, England need 5 wickets.  I really hope that slip cordon contains the best catchers today!