I’d bought a ticket for the Royal London Cup Final as soon as they became available, it was something of a result that Surrey, my second team, had made it […]

I’d bought a ticket for the Royal London Cup Final as soon as they became available, it was something of a result that Surrey, my second team, had made it all the way.  Not so much of a result that the day was sandwiched between two Rugby World Cup games in Twickenham. 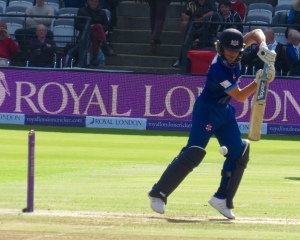 I had a nightmare of a journey home from the opening match and needed to be back in Twickenham in plenty of time for the match after the cricket.  Rather than find myself half asleep at the cricket I accepted arriving late to Lords, something I hate doing!  I just hoped I wouldn’t need to leave before the match was over. 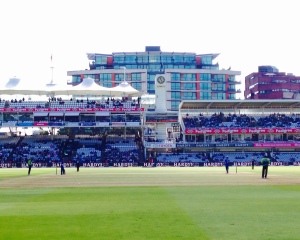 I had a smooth journey and heard loud cheers as I approached the ground –  confirmed that it was Gloucestershire batting and that was in fact the 2nd wicket to fall.  The dangerous Michael Klinger was caught by Gary Wilson from the bowling of Jade Dernbach on the 3rd ball of the game!  That was a real result for Surrey! 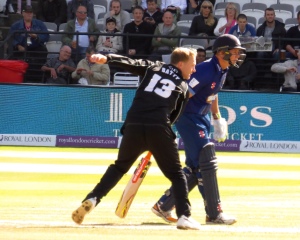 The shout I’d arrived to was Azhar Mahmood catching Chris Dent – the bowler was Dernbach again.  Gloucestershire were 40 for 2, not the best of starts for them. 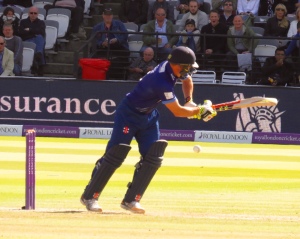 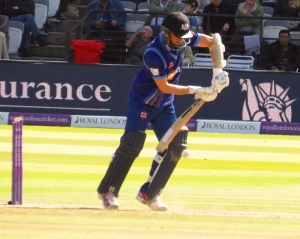 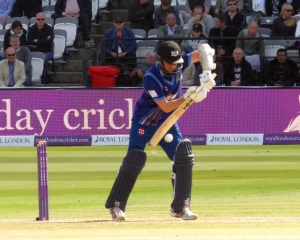 My seat was in The Grandstand, I’d sat there for a T20 match and hadn’t much liked the view, but for this game I was in the front row, giving me a great view of the whole ground.  I was also sat with some lovely people.  what chance I’d have rugby league fans sat behind me along with a father and son (I think) from Sheffield.  Their knowledge of cricket was extensive and they were funny to listen to as an added extra.

Gloucestershire progressed to 100 for 4 and it felt that Surrey were in charge, but in came Geraint Jones, playing his final professional innings – no one in the ground would have begrudged him his 50 runs.  He was kept company by Tom Smith – seeing Smith & Jones on the scoreboard for a while, and then by Jack Taylor.  Between them they took the sure to a far more promising 220 for 8. 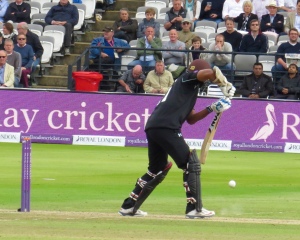 The tail enders added nothing as Jade Dernbach took his 5th and 6th wicket and a hat trick to boot!  Although I have to say the final LBW as a tad dubious!  That left Surrey with 221 to get to win the trophy.  That didn’t feel like to high a mountain to climb and it also felt that I’d be in plenty of time to get to Twickenham.

A quick mention for the weather before i move on to the Surrey innings – it was completely glorious!  Sunshine and hot sunshine at that!  Having spent all summer in strapless dresses I was slightly gutted I have to say, as I’d dressed to go into the evening as well – so no tan top up for me! 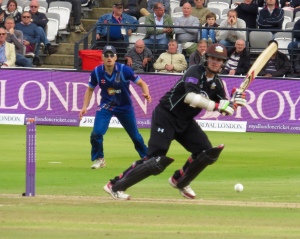 And so to the run chase, 220 with the batting line up should have been easy in 50 overs, but of course Gloucestershire had something to say about that! To use a technical cricket term 🙂 Both Jason Roy and Steve Davies were out for cheap and Surrey found themselves on 42 for 2. 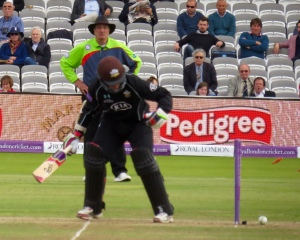 Not too much of an issue with the legend that is Kumar Sangakarra and Rory Burns at the crease.  Again I’d say every cricket fan in the ground wanted to see a decent innings from Sangakarra in particular, the man who has scored over 69,000 runs in his career, he is a total pleasure to watch. 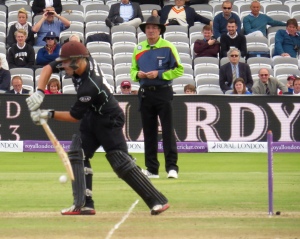 The 2 men put on 101 runs in their partnership before Sangakarra fell caught by someone with no name – a sub from the bowling of Taylor, he’d scored 60.  Burns wasn’t far behind, having scored 56  he danced down the wicket to Taylor only to miss and be stumped by Gareth Roderick.  Surrey were now on 148 for 4.

The very vocal Gloucestershire crowd could sense a victory when Gary Wilson was out taking the score to 165 for 5.  17 year old Sam Curran who’d had to seek permission from his Headteacher to play in the semi-final was the only batsman from those remaining to put up a fight. 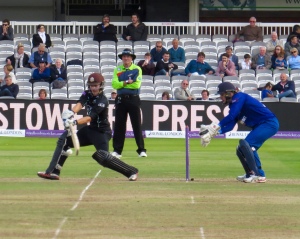 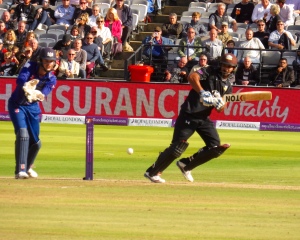 He scored a decent 37 runs before he was out, the others?  A paltry 16 runs – the game did go tot the wire with an ecstatic Gloucestershire winning the match, taking Gareth Batty’s wicket with 3 balls remaining. 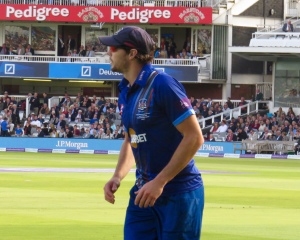 As much as I hated to do so I had to rush off as soon as the game finished, but I can imagine that the team were over the moon, it was a fitting end to Geraint Jones career. 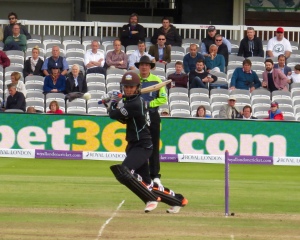 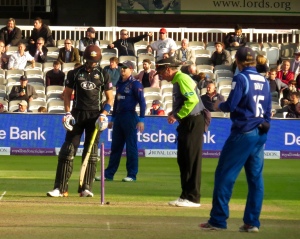