Rugby Union had to feature in one of my multi-sport weekends, cricket on Friday followed by Saracens at London Welsh on Saturday, with London Skolars to finish of my weekend. […]

Rugby Union had to feature in one of my multi-sport weekends, cricket on Friday followed by Saracens at London Welsh on Saturday, with London Skolars to finish of my weekend. 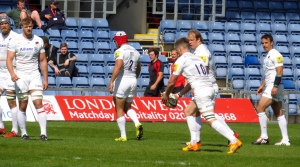 For the final game of the weekend a crowd of us had decided to make an outing of it and had booked into the hotel next to the Kassam Stadium.

It’s a fair trek to Oxford from Chelmsford so I gave myself plenty of time – the M25 scenario was as per usual – glass in the inside 2 lanes!  As in lots of people driving in the 3rd lane not overtaking a soul!  Ooh it makes me grrrrrrrr! 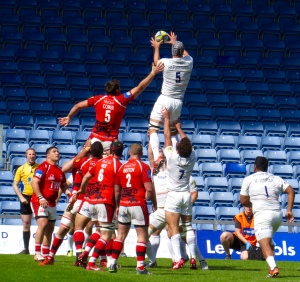 The M40 wasn’t a problem at all – the nearer I got to Stokenchurch the more evident the amazing Red Kites were.  I have mentioned them before, but these beautiful birds were reintroduced into this country in that area and have now spread country wide.  They make for an amazing sight!

I arrived at the hotel in plenty of time, too early for check in, yet I was given my ‘key’ unfortunately to a room that wasn’t ready!  Good job the room was empty!  2nd time lucky and I was given an empty, clean room.

A group had gone into Oxford but I went the glamorous lunch from Sainsbury’s route, I know how to live!  I had a lovely chat with fellow Saracens fans while I ate, time to go to the game was approaching. 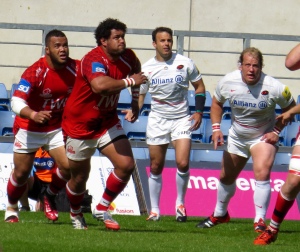 We were there en masse because it was the last game of the season, but it had turned out that it was going to be a season defining game as well.  With 1st and 2nd in the Premiership filled by Northampton Saints and Bath Rugby; 3rd and 4th were up for grabs.

The Oxford centre crowd returned – which was a relief as my good friend Alun had my ticket! Phew!  We walked round to the ground to be met by a well natured group as you’d expect at a rugby match.

We’d bought a T Shirt each, labelled up with our ‘Badger’ logo (Don’t ask!) the Supporters Association, a number and name – I’m afraid mine didn’t quite make it over my head – I just can’t do T Shirts! I did show willing and drape it though! 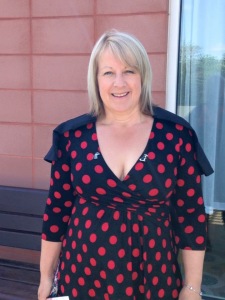 The task in front of Saracens was to win, to score at least 4 tries and once the 4 were in the bag to then score as many points as possible.  The day had started with Leicester Tigers in 3rd place a point ahead, Exeter Chiefs in 4th on points difference and Saracens in 5th – someone was going to be going home disappointed. 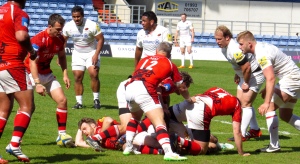 It’s been a terrible year for London Welsh, having come up to the Premiership they had a very lonely 1 point to show for their efforts.  Credit to the fans who came to see their teams’ final game in the Premiership for a while and to see Tom May off in style as he finished his playing career. 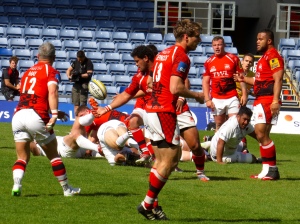 I imagine it would have been very easy for the home team to lie down and make no effort, but pride is a powerful thing.    Saracens kicked off the scoring with a try by Billy Vunipola converted by Owen Farrell.  But Welsh were next on the scoreboard through a Nic Reynolds try, duly converted by Chris Elder – that made us go quiet!

David Strettle scored 4 minutes later, Farrell – who had an immaculate boot all afternoon converted the try.  Chris Elder kicked a penalty to keep the Welsh score ticking over.  Mako Vunipola showed his little brother he could get on the scoreboard too with the next try – a 7 pointer thanks to Farrell.

Imagine the shock on the Saracens’ faces when Chis Elder scored straight from the kick off – a great try, he rushed down the line to run in to put the ball down – he converted his own try.  Saracens weren’t finished for the half Chris Ashton scored the 1st of a brace of tries.  Farrell actually missed this conversion.  The teams went in at half time with the score on London Welsh 17 Saracens 26 – 3 of the 4 tries needed were in the bag for Saracens at this point – but not the win.

London Welsh have ofen held their own for the 1st 40 minutes – I confess that I did of course want Saracens to do what was needed to progress, yet I didn’t want to see these men thrashed. 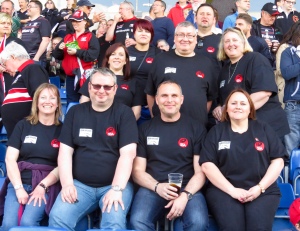 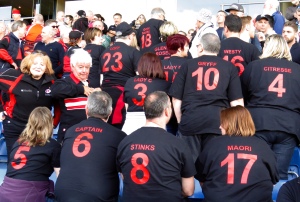 The 2nd half was something of a try fest for Saracens with – Alex Goode and Juan Figalo scoring – Chris Ashton adding a further 3 to his personal tally and Charlie Hodgson scoring a great solo try in the 75th minute. 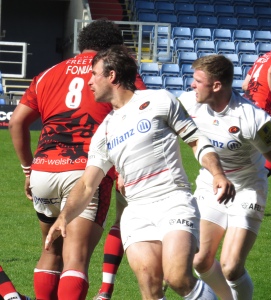 Owen Farrell had something of a task with some of the conversions but he kicked them all,  in spite of missed one before half time, he looked back to his kicking best.

London Welsh failed to score in the second half, yet they carried on making every effort, they must be credited for that! 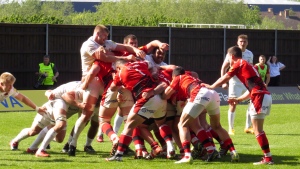 Twitter had kept us all in touch with what had gone on at the other games, Leicester Tigers, a remarkable team did enough to beat a weakened Northampton Saints to take 3rd place. Exeter Chiefs played an immense game against Sale Sharks – the score finished on Chiefs 44 Sharks 16. A superb win, but Saracens bigger points victory meant they leapfrogged the Chiefs into 4th.

I sincerely wish London Welsh well in the Championship – the club and their fans have just been through a dreadful season, I hope next year sees lots of wins for them, as a London Broncos fan I saw the only win they got last season – watching a loss week after week was so incredibly hard.

The afternoon was a great one as a Saracens fan and the laughter and enjoyment carried on into the evening – the move to Aliianz Park has changed the way fans connect and some really great friendships have grown this season.

As far as facts and figures are concerned – just a few 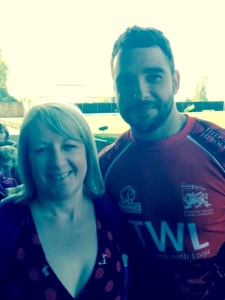 I seem to be making a habit of not being cool at the end of games!  Ollie Barkley – a long time favourite player of mine.